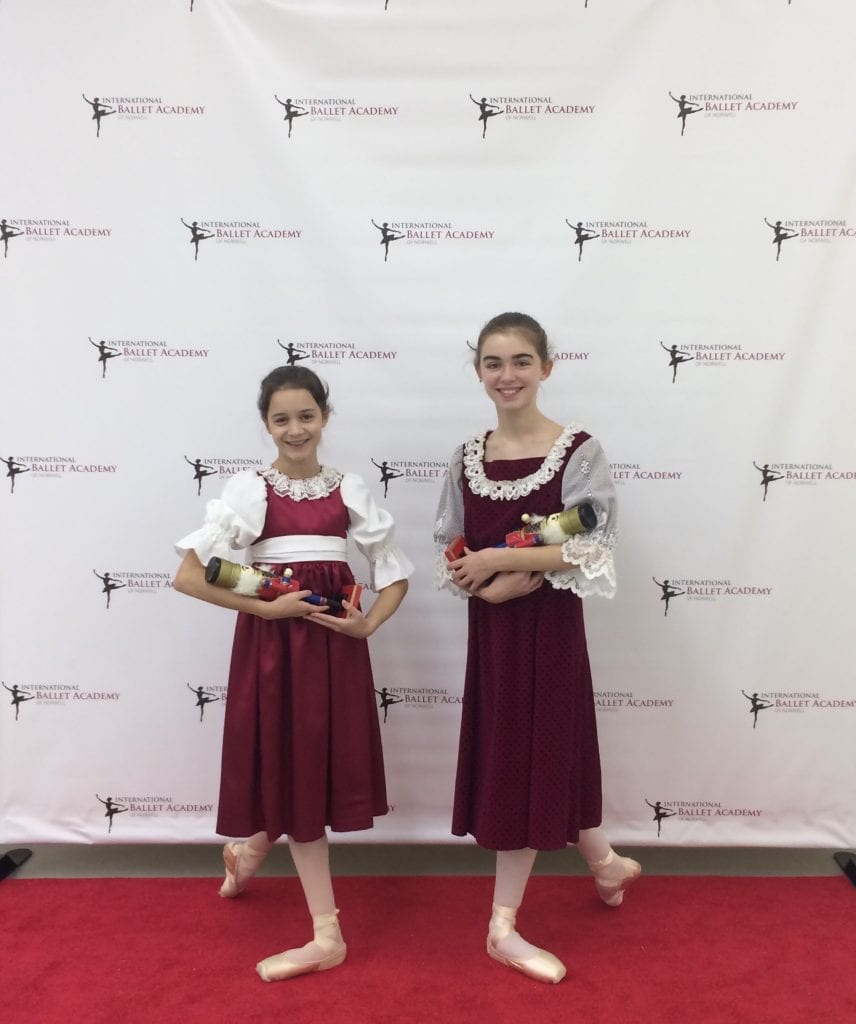 Grace Libby (left) and Nora Bailey (right) practice their role of Clara in "The Nutcracker."

Dancing the role of Clara in "The Nutcracker" is a dream for many young girls.  For two dedicated Hingham dancers, Grace Libby (a 7thgrader at Hingham Middle School) and Nora Bailey (a 7thgrader at Saint Paul School) their “sugarplum” dreams are becoming a reality. Both girls will perform the role of Clara in the International Ballet Academy of Norwell’s annual performance of the classical ballet alternating performance dates.  And, it’s a family affair for both girls as Grace’s mom will play the role of Frau Silberhaus, and Nora’s younger sister, Clara, is playing multiple roles in the ballet.

"The Nutcracker" will be performed at the Scituate Center for the Performing Arts (606 Chief Justice Cushing Highway, Scituate, MA) on December 8thand 9th.  Tickets can be purchased here: http://www.ibanorwell.org.

We caught up with Grace and Nora about their love for dancing and what it is like to perform the role of Clara in "The Nutcracker."   Hingham, meet Nora and Grace!

How long have you been dancing?

What was it like to find out you were selected to dance the role of Clara?

Nora: I was so excited because Clara had always been my favorite part in any ballet. It was my dream role, and I didn’t expect to get it.

Grace: I was very happy!

What is your favorite part about playing this role?

Nora: There is so much acting involved. I love being able to dance and tell a story at the same time.

Do you have a favorite scene in "The Nutcracker"?

How often do you have to rehearse for the performance?

Nora & Grace: We rehearse 5 days per week. We have an official rehearsal on Sundays, but rehearse every class day as well. So, 5 times a week and we start in September.

What do you like to do when you're not dancing?

Do you hope to pursue dancing as a career one day?  If not, what would you like to do?

Nora: I would love to pursue dancing as a career!