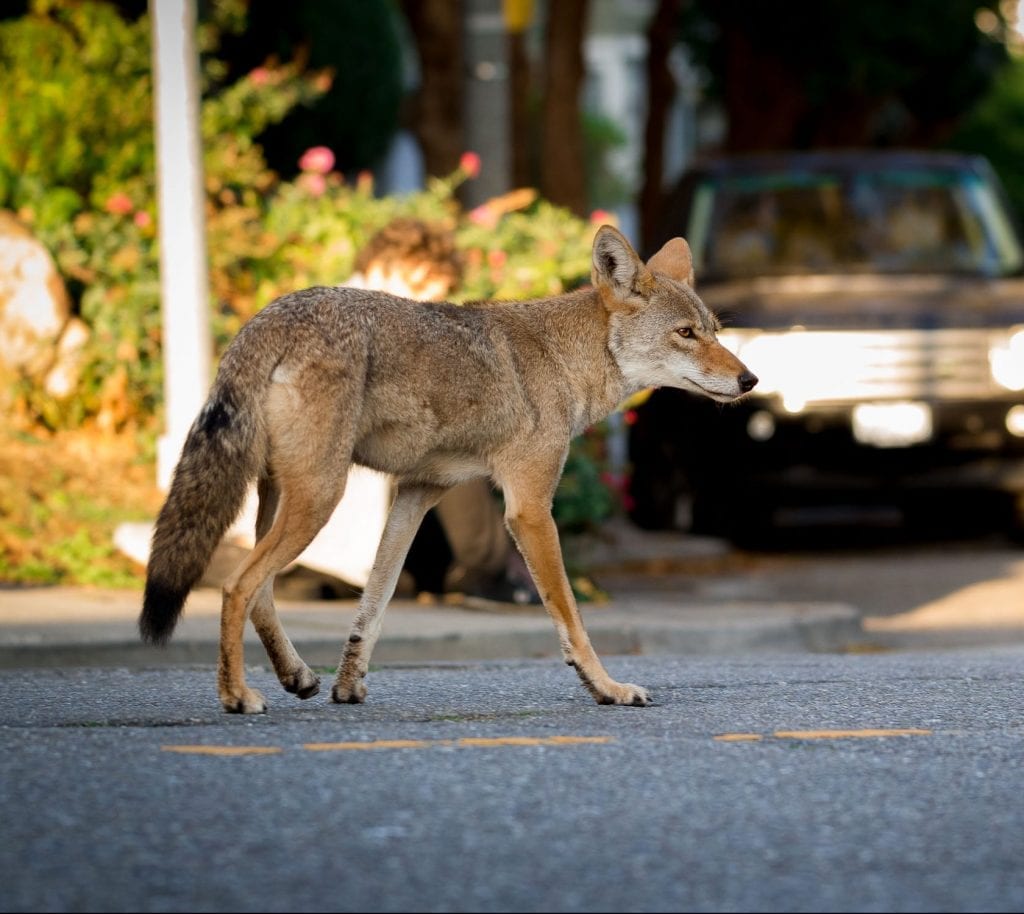 In response to numerous coyote sightings in the area surrounding Foster School, Principal Beth Wilcox sent a message to parents Monday through the school's "Livingtree" communications system sharing the process that's in place when Foster administrators are notified that a coyote or coyotes have been spotted.

"When a coyote is seen within the area of the school (on our field, woods immediately surrounding the school, nearby on Downer Avenue) School Resource Officer John Walden and Animal Control Officer Leslie Badger are notified," Wilcox stated.  "If there are students outside of the building, staff immediately blow whistles, signaling students to line up."

The children are then brought into the school and recess resumes indoors until either Badger or Walden give the go-ahead that the area is clear and that it's safe to go outside again.

"We've had a phenomenal response from them," Wilcox said. "The school works with either one of them or both to determine whether or not it's safe to hold activities, including recess, outdoors."

When these situations occur,  Badger often heads for Foster and remains on site to monitor the situation.

"Today (Monday), a coyote was seen walking on the field during the fourth-grade recess. We followed the process explained above and students were quickly brought into the building," Wilcox explained. Badger responded, clearing the area, and recess resumed outside. She remained at Foster to keep her eye on the situation.

"It's tricky, because this is their habitat and it's all around the school," Wilcox said.

Numerous coyote sightings and related incidents in different parts of town have been reported on social media, to Badger, through the 911 emergency dispatch center, and most recently to the Selectmen, who put the issue on the agenda after noticing social media posts calling   action in addressing what some residents say has become an extremely unsafe situation.

The Selectmen, Police Chief Glenn Olsson, and Badger plan to collect data from concerned residents to present to the state — which has strict regulations regarding coyotes — as a way of coming up with some kind of more proactive solution.

The Anchor will continue to follow this issue and inform the community of related updates.

Additional information regarding coyotes can be found on the Hingham Animal Control website.