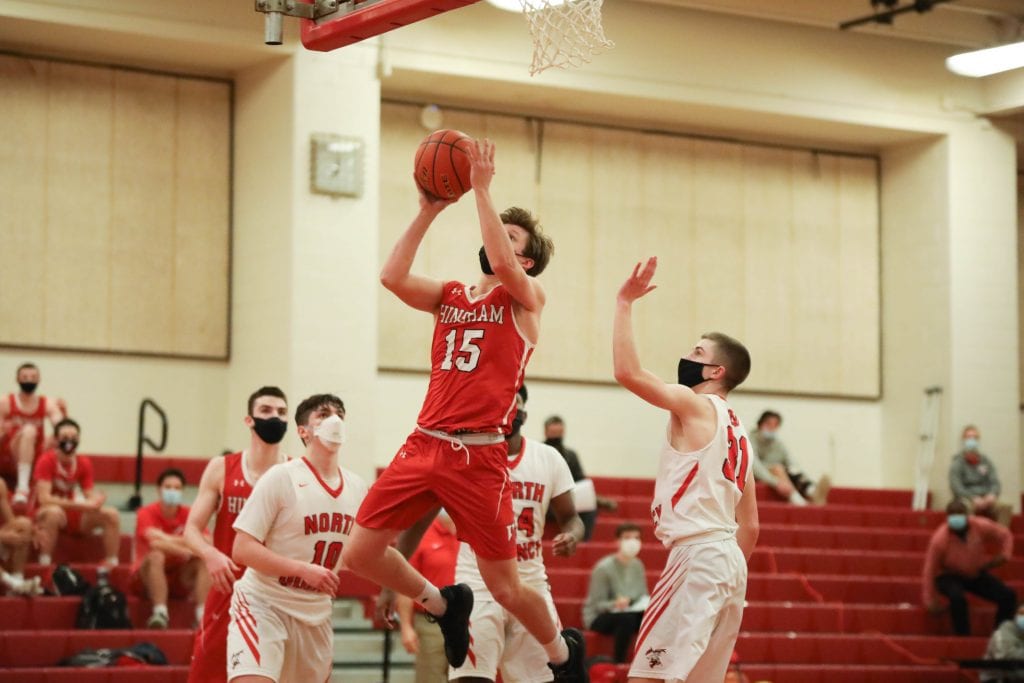 Senior Evan Williams led the team with 14 points in the second half, but wasn't enough to pull out the win.

The high school winter sports season kicked off last night with the boys basketball team taking on North Quincy at NQ High School.  Even with mostly empty stands, the game still looked and felt like basketball.  The modifications for basketball are noticeable though - no jump balls, and only 2 opposing players on rebounding free throws, but it's still a high-level, competitive game.

The Harbormen did get off to a slow start last night, falling behind by as much as 11 points in the first half.  Hingham did seem a little rusty, but the Raiders were also making their shots.

"It's a very good basketball team," Head Coach Bob Kniffen said of North Quincy. "They are going to compete for the league championship on that side (of the bracket) and they definitely showed that tonight."

Coach Kniffen apparently pushed the right buttons at halftime because the Harbormen came out with great defensive and hot shooting of junior Nick Johannes and senior Evan Williams.  Johannes had 7 of his 11 points in the third quarter, but was in foul trouble late in the game.  Williams came off the bench scoring all 14 points in the second half, included 4 three-pointers.  Hingham managed to take a 5 point lead a one point in the second half.

"No surprise, that's what he does," Kniffen said of Williams. "He provides us a little energy off the bench.  He did that tonight, but unfortunately it wasn't enough."

In the end, the Raiders pulled away giving Hingham their first loss of the season 58-52.

When asked he could build on what he saw out of his team the second half, Coach Kniffen said "he thinks he can use this to build on last year" and "hopefully, at the end of the year, this is one of the best things that happens to us." 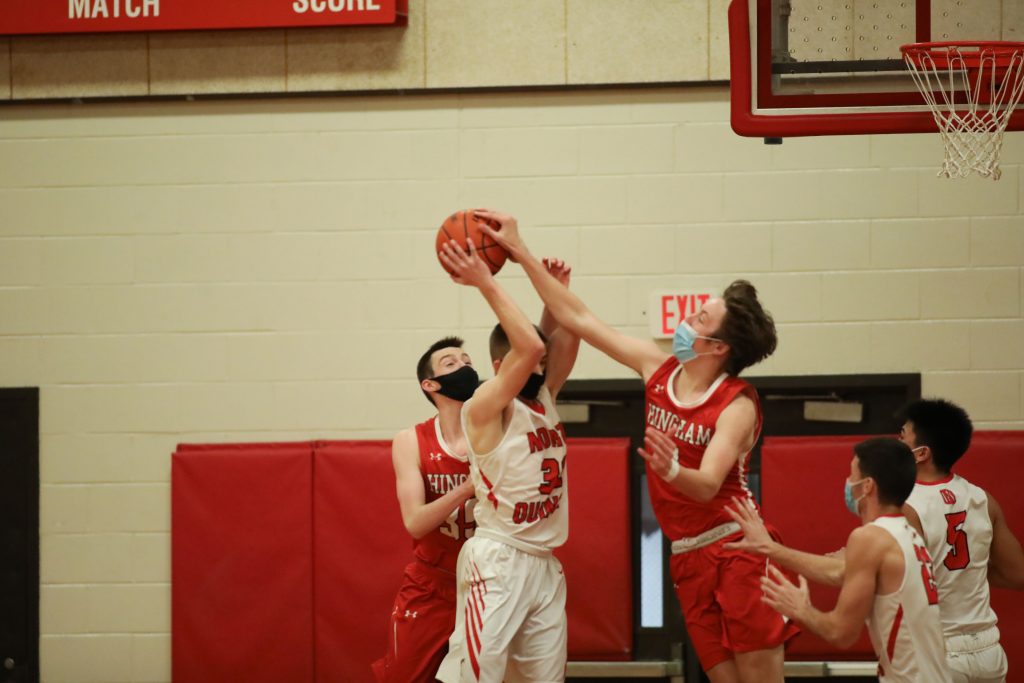 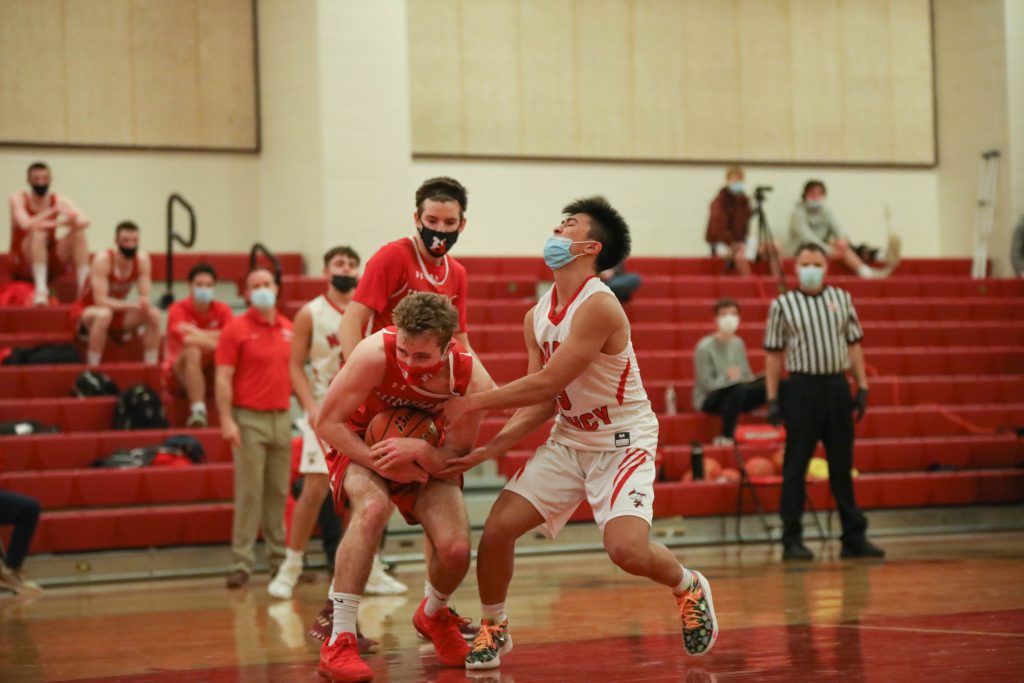 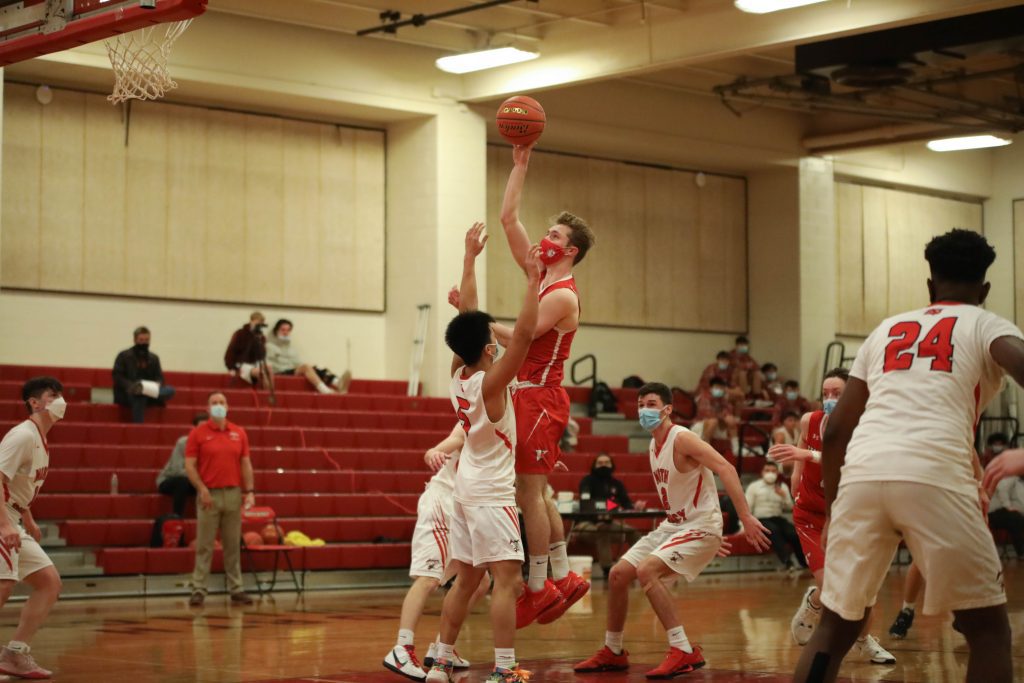 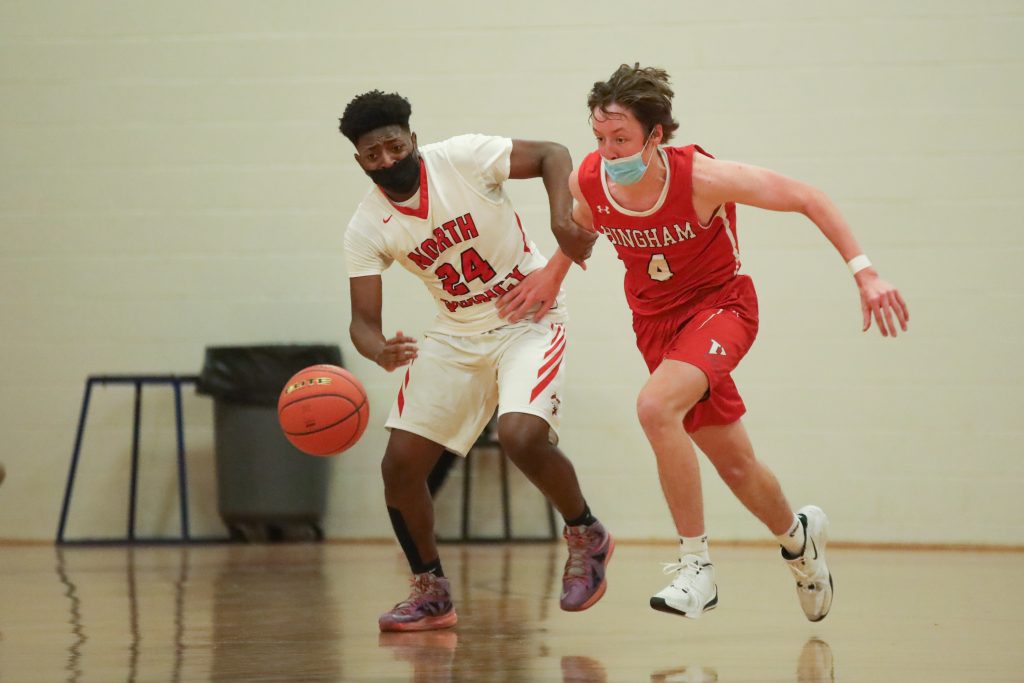 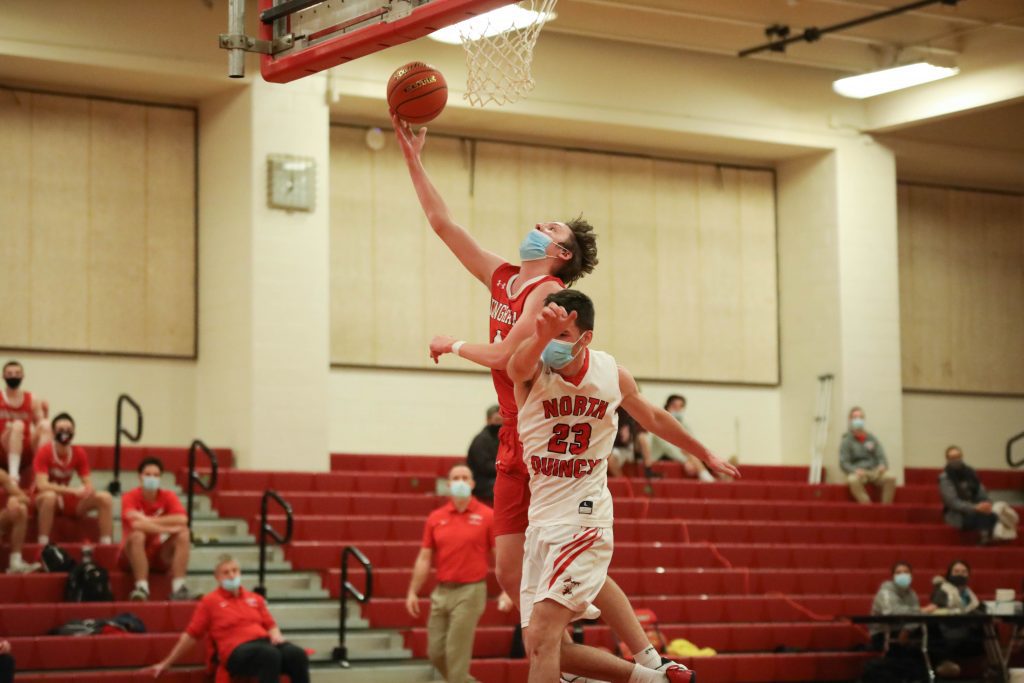 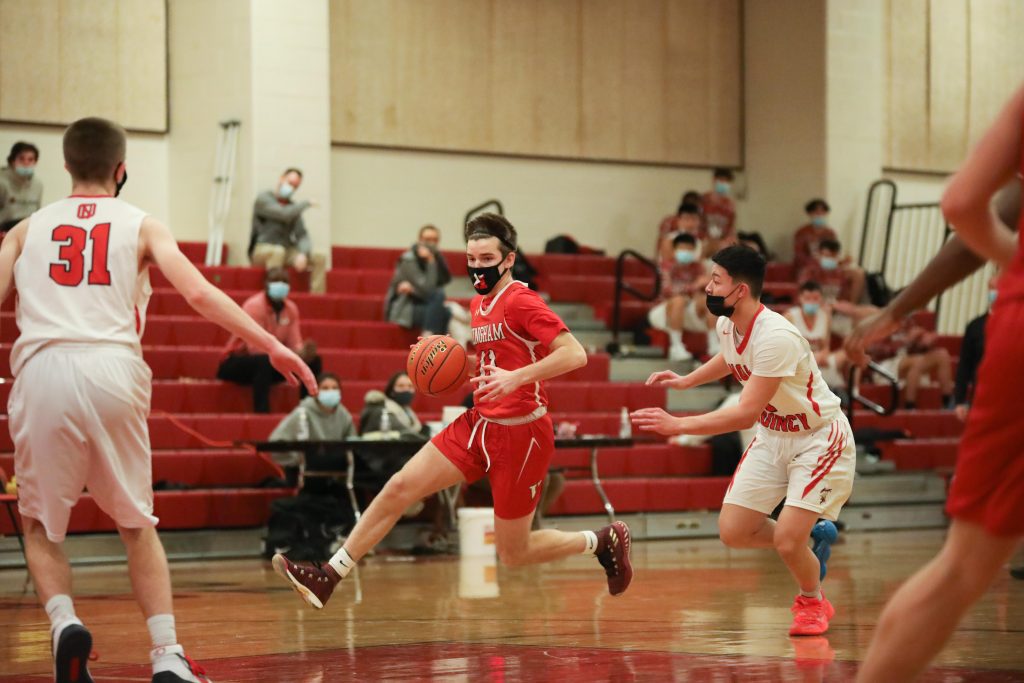 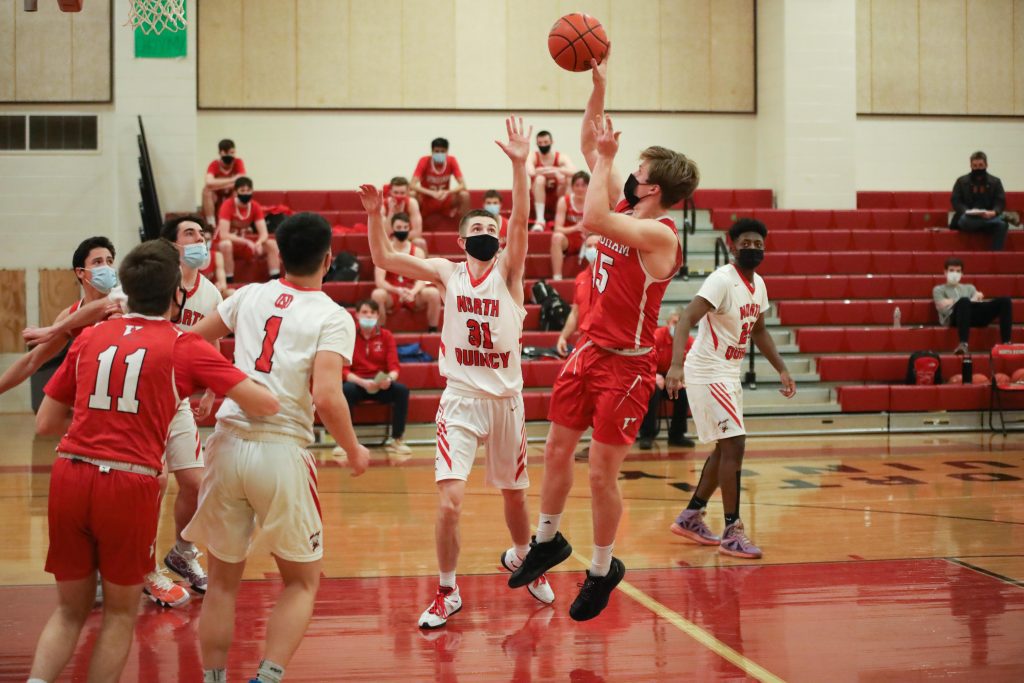 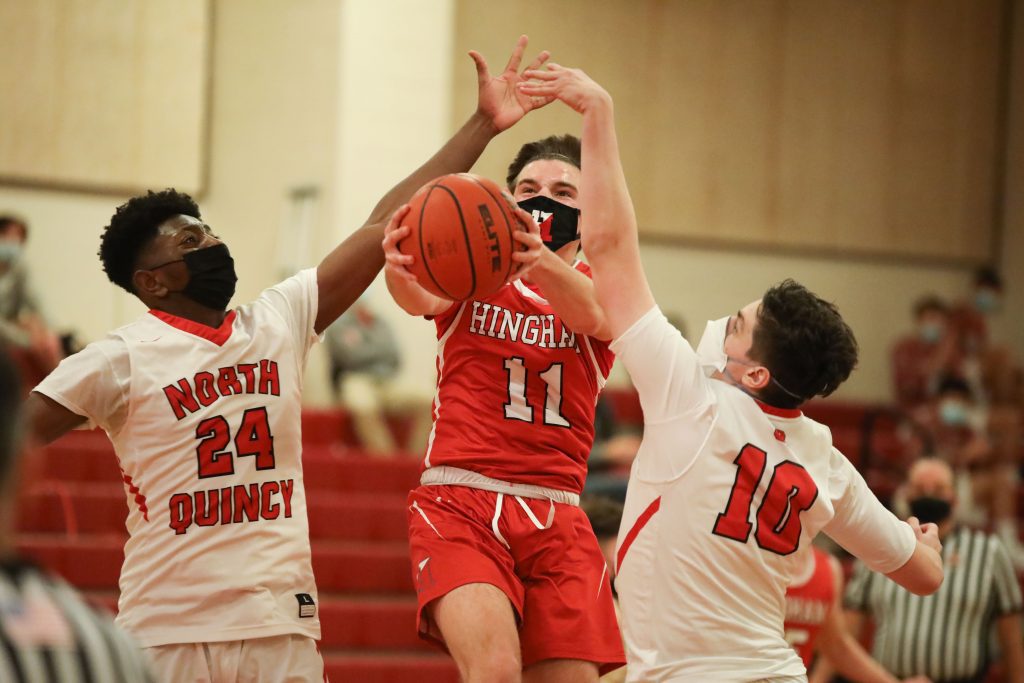 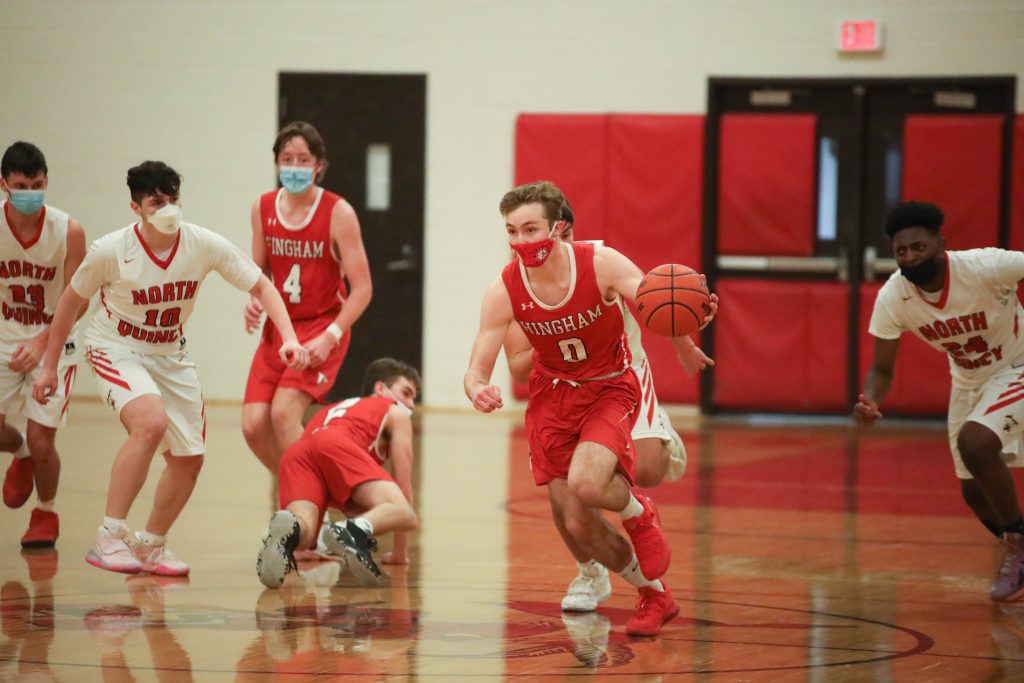 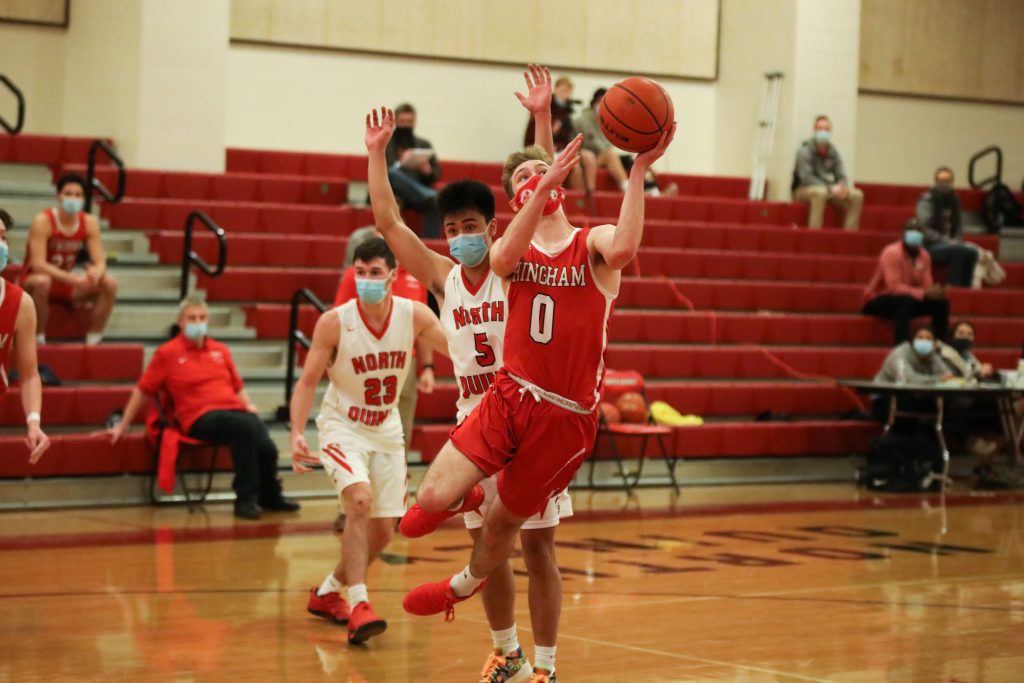