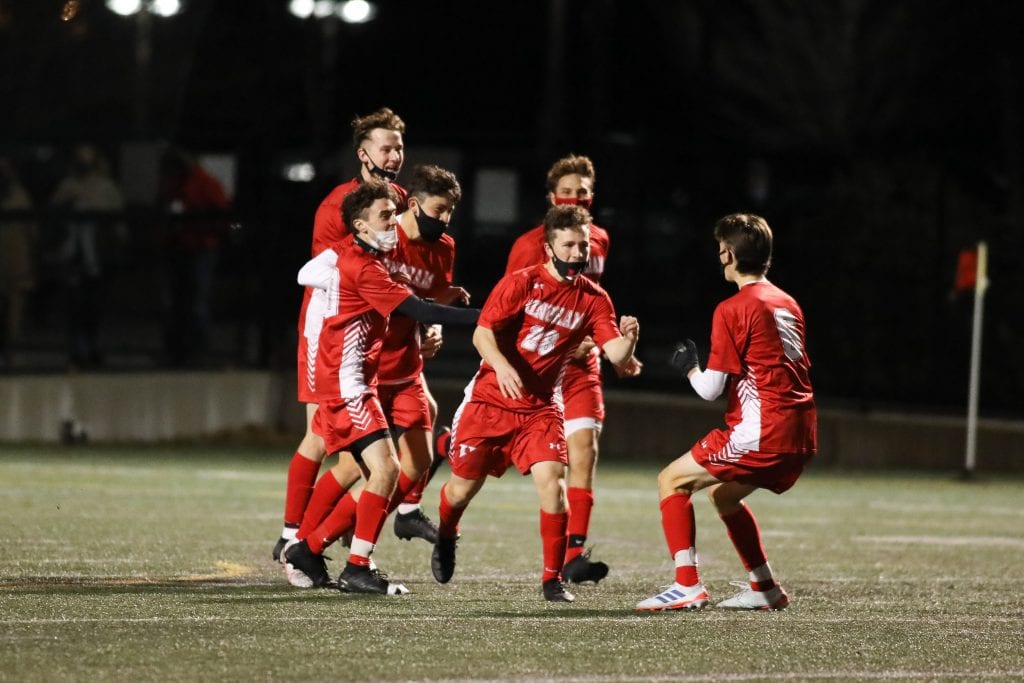 Junior Chris Bradley opens up the scoring in the 3rd round of the Patriot Cup.

Just as the volleyball game was ending their playoff game last night, the boys soccer team started their game against Duxbury on HHS's multi-use field.  The Harbormen were also coming off a loss last week against Scituate.  They lost 2-1 in a very intense and physical game, which saw a red card issued to a Scituate player.  It didn't take long to realize last night's game was shaping up to be the same.  With close to half a dozen yellow cards issued, it was certainly a battle.

"The games have been very physical," says Head Coach Ken Carlin.  "I think they get physical because they figure that's they only way they can take care of a skilled team."

Although the physicality might have been the same in both games, Hingham's strategy and play on the field were noticeably different.  The Harbormen had many more chances, which paid off for them in the first half.  In the first quarter, after some pretty fancy foot work to get around a few Duxbury defenders, junior Chris Bradley put one past the goaltender to put Hingham up 1-0.  Sophomore Aidan Brazel added to the Harbormen's lead in the second quarter when he beat the defender in a foot race and put one in the back of the net from a tough angle deep in the Duxbury zone.  Brazel found the ball on his foot a lot during the game and credits his teammates for finding him throughout the game.

"They only played 3 center backs, so I had a lot of room up top," Brazel explains after the game.  "Our center backs, Curtis Murphy and John Sula, kept feeding me the balls which allowed me to make some plays."

Hingham put the game away in the fourth quarter when sophomore Cole Sampson scored in his second straight game capping the 3-0 win.

Coach Carlin was happy with the team and how they followed their game plan last night.

The Harbormen will face Pemboke on Thursday in the semi-final round of the Patriot Cup. 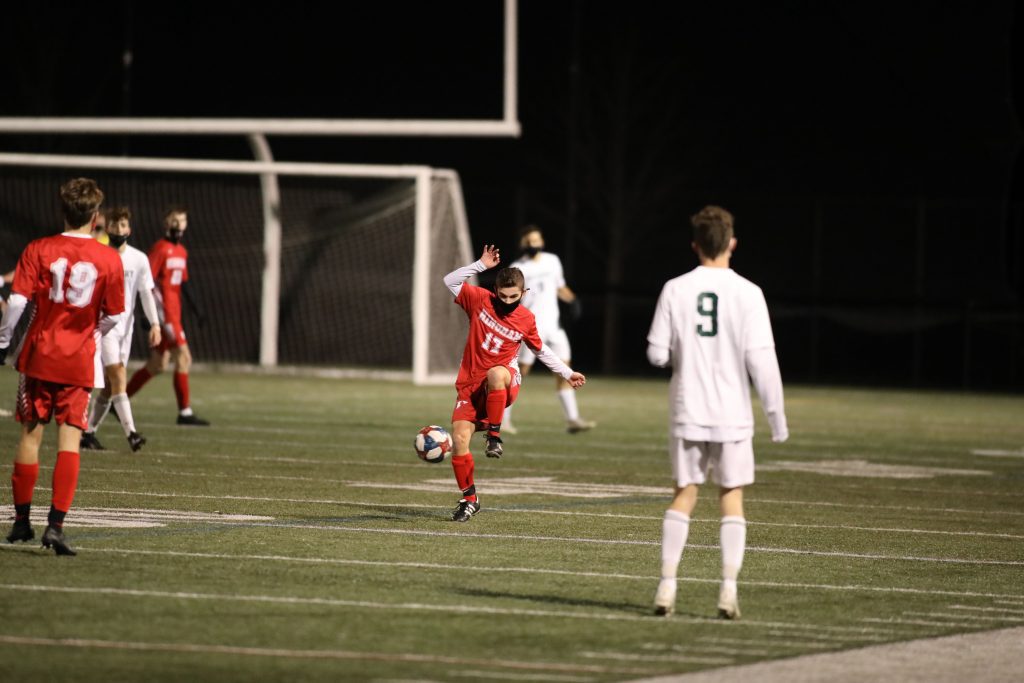 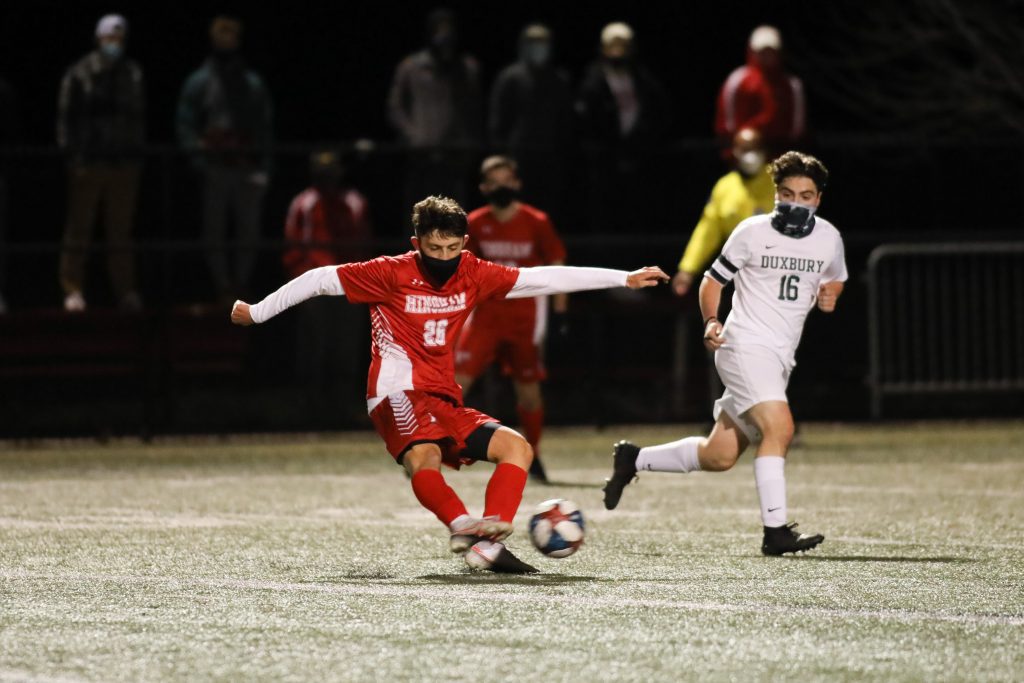 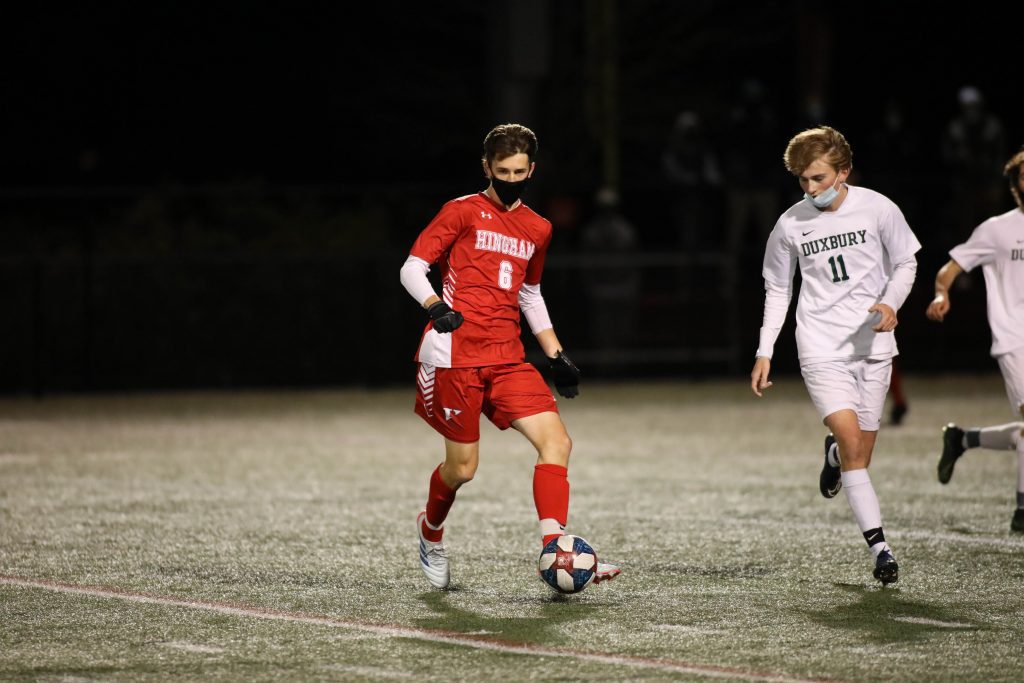 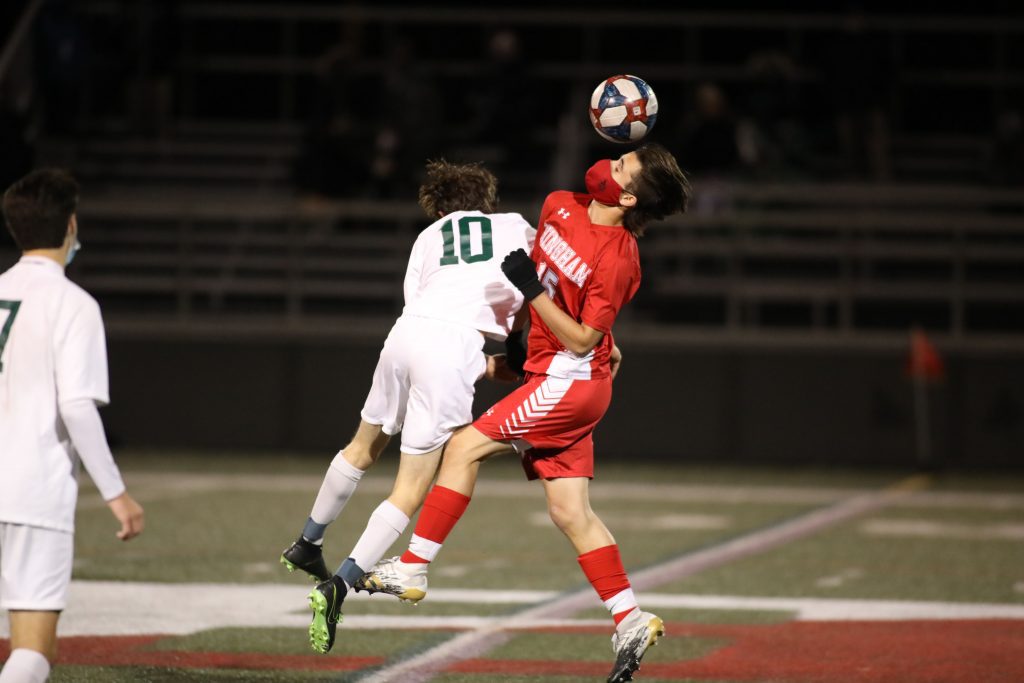 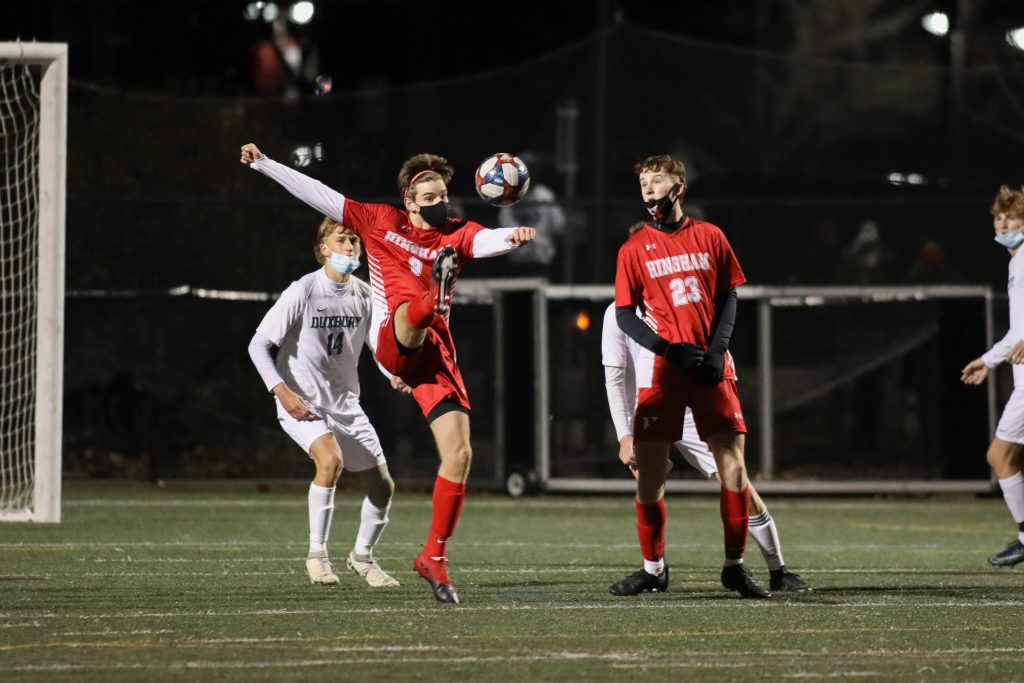 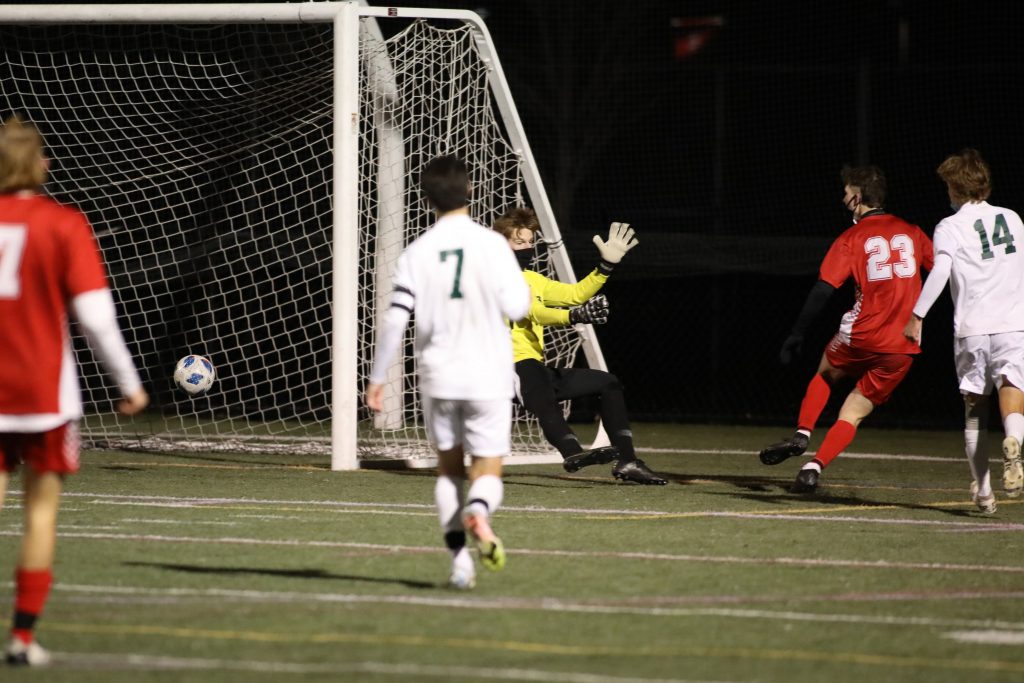 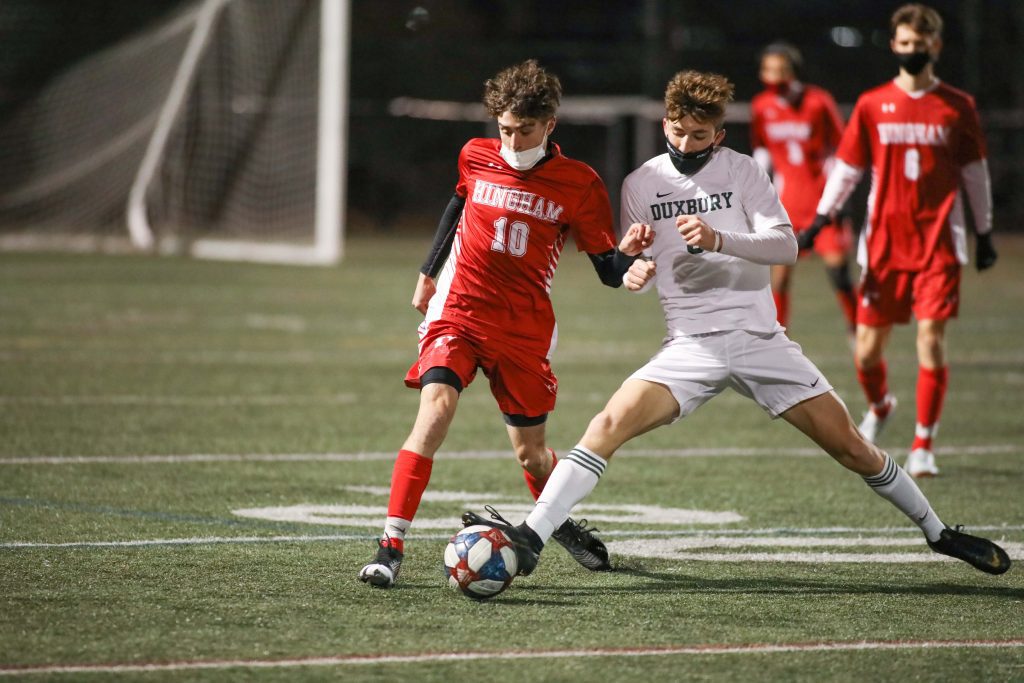 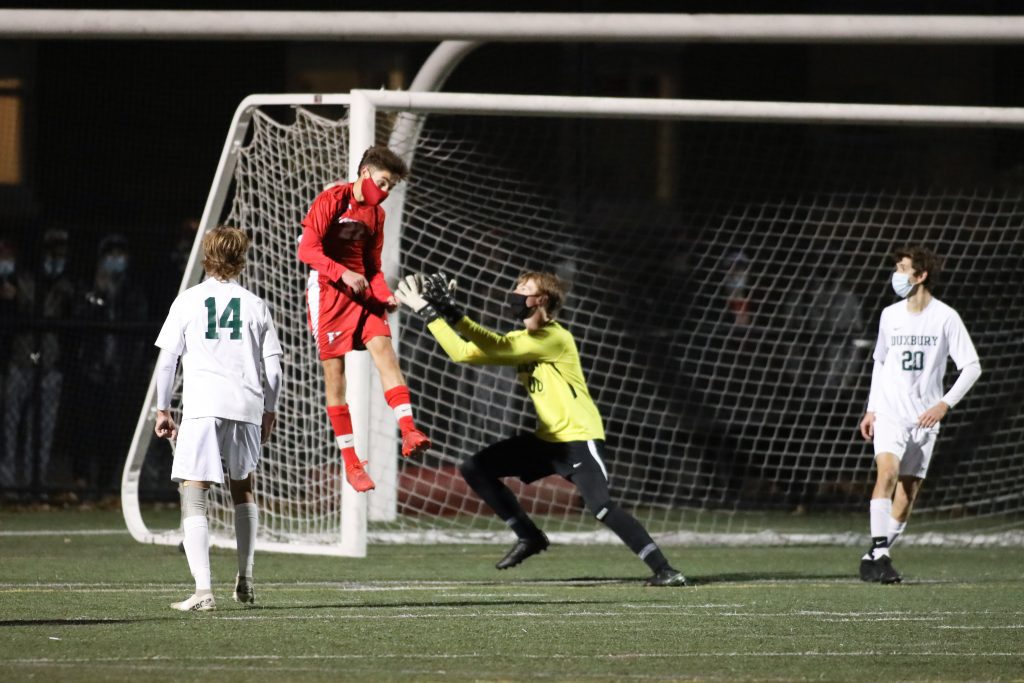 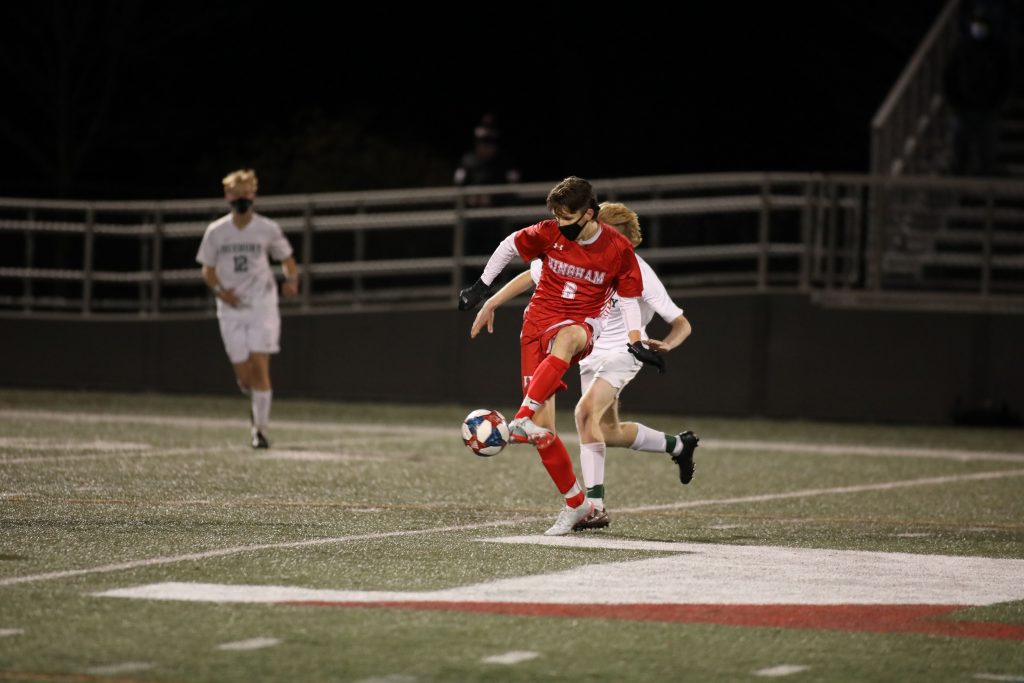