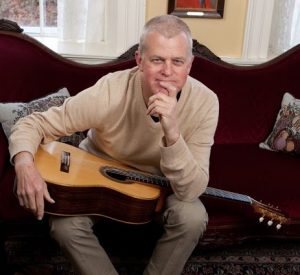 The Hingham Public Library and the Boston Classical Guitar Society are pleased to begin this season’s Sunday concert series in a virtual way! Join Classical Guitarist Dave McLellan on Sunday, October 25 at 3:00 p.m.–live on Zoom and YouTube. The concert will be performed LIVE on YouTube, but concert-goers are also encouraged to join the artist on Zoom, before and after the concert, for an introduction and a Q&A period.

Registration and YouTube links, along with the concert program, are available at hinghamlibrary.org/BCGS.

Known as a soloist and collaborative chamber music guitarist, Dave McLellan has been performing in U.S., South America, Great Britain, and Europe since 1976. He has appeared in major concert halls such as Carnegie Hall, Merkin Hall, and Wigmore Hall
(London). Mr. McLellan served on the faculties of The Hartt School and the University of Connecticut, where he also performed regularly with Edward Flower. He currently is on the faculty of the Performing Arts Center–Metrowest in Framingham, MA, and in the Town of Harvard Artist in Residence program.

Learn more about the artist, and join us for this upcoming event, by visiting: www.hinghamlibrary.org/BCGS. 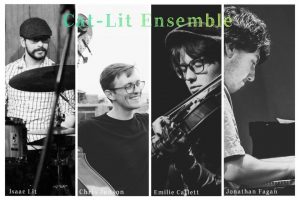