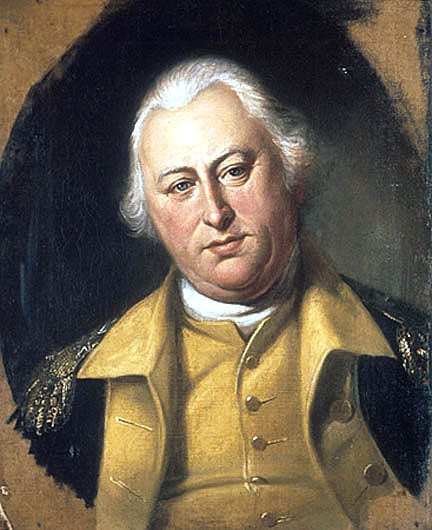 In honor of Lincoln Day, an annual celebration in Hingham to honor the contributions of Major General Benjamin Lincoln and President Abraham Lincoln to American history, we are doing a special “Humans of Hingham” this week to introduce you to Benjamin Lincoln.

Benjamin Lincoln was born in Hingham – in the gray house at 181 North Street.  His great grandfather, grandfather, and father were all named Benjamin Lincoln, too, and all also lived in that house. He became a Major General in the Continental Army under the command of General George Washington.

Lincoln Day will be celebrated on Saturday, February 15th at Old Ship Church beginning at 11:00am and will include a short program, wreath laying and reception – everyone in the community is invited to attend.

Above portrait by Charles Vincent Peale. 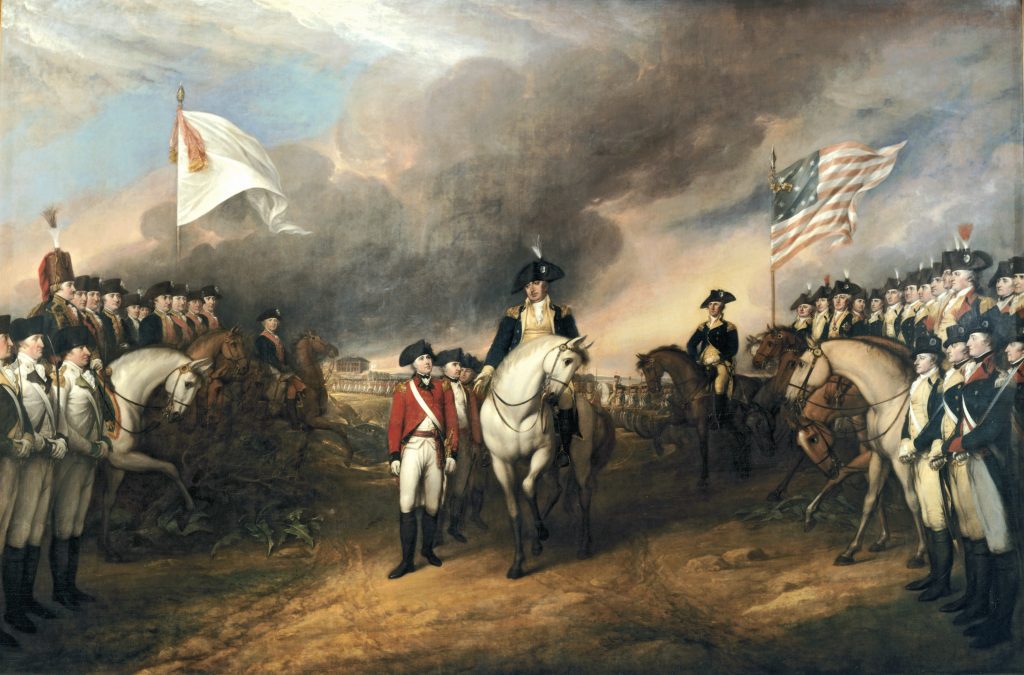 Were you active in local affairs?

Yes, I was active in local government.  I was a Town Constable, the Town Clerk (for twenty years!), a Selectman, and the Colonel of our local militia—the Second Suffolk Regiment.  I was a deacon of Hingham’s First Parish (Old Ship Church) and later in my life a founder of Third Parish (now New North Church).  My good friend Sarah Derby asked me to be one of the founding trustees of the school she endowed and named Derby Academy.

What about national politics?

I was a supporter of independence for England’s American colonies—when not everyone in Hingham was!  I was Hingham’s delegate to the Massachusetts Provincial Congress—the colony’s rebel government—from 1774 to 1776, when I took charge of the Massachusetts Militia.

What are you most famous for?

In 1777, I became a Major General in the Continental Army under the command of General George Washington.  I was present at all three of the major campaigns of the Revolutionary War—Saratoga, Charleston, and Yorktown—and I accepted the sword of surrender at the Battle of Yorktown, which effectively ended the Revolutionary War.  There is a very famous painting in the Capitol Rotunda in Washington, D.C., called, “The Surrender of Lord Cornwallis.”  Many people think that the officer on the white horse in the center of the painting, accepting the surrender, is George Washington.  It isn’t – it’s me!

Tell us more about your family life in Hingham.

My wife, Mary, was raised in Pembroke.  We were married there in 1756—she wore a beautiful pink wedding dress.  We came back to Hingham and had 11 children, although 4 of them died as children.  After my son Benjamin, Jr. died in 1788, Mary and I also raised his children in our Hingham home.  I was away from home for almost eight years during the Revolutionary War and missed my wife and children very much!

What was your favorite spot around Hingham?

In front of the hearth in the parlor of my house, with Mary and our children.

What did you enjoy doing in your free time?

I did not have a great deal of leisure time until I was an old man.  When I was young, I worked in the fields and our family’s malthouse six days of the week, and I spent the Sabbath at Church.  When I grew to be an old man, I enjoyed writing essays on natural history and horticulture, which I submitted to the American Academy of Arts and Sciences, to which I was elected in 1781.

The fine people that built and sustained my home town.  In a 1790 letter I wrote, ““[T]here never was a moment in my life when I was not made happy on the reflection that I was born in the Town of Hingham.”

What is special about your Hingham home?

I was the fourth generation of the Lincoln family to live in our house, and another seven generations of our family continued to live in the house after me!

What’s one thing people may not know about you?

If you could give the children of Hingham one piece of advice, what would it be?

Never give up.  In addition to narcolepsy, I suffered from a speech defect and, after my injuries at the Battle of Saratoga, I walked with some difficulty.  I worked hard, overcame my physical disabilities and some peoples’ misconceptions about my abilities, and I achieved a great deal in my life.

How does your hometown of Hingham commemorate you each year?

Every February, Hingham celebrates Lincoln Day—remembering me and a man named Abraham Lincoln, who was born two years after I died and was elected the 16th President of the United States.  Abraham’s ancestors, like mine,  settled in Hingham when they left England.  But Abraham and I share more than a name and a Hingham heritage:  I helped create our United States and he helped preserve it during the Civil War.  Both of us loved our country and sacrificed on its behalf.

More on the Benjamin Lincoln House

The Benjamin Lincoln House, at 181 North Street, in Hingham, stands in the heart of one of New England’s most historic towns—as it has for over 350 years. Its most famous resident, Major General Benjamin Lincoln, 1733-1810, was the fourth Lincoln to own the house that his great-grandfather Thomas built around 1665. Remarkably, for an additional seven generations after General Lincoln, spanning another 200 years, the Lincoln family continued to call his house home.

Now, after 11 generations and 375 years, the Benjamin Lincoln House will be sold. The opportunity to acquire it is thus the opportunity of a lifetime—indeed, quite literally, of multiple life times. The Hingham Historical Society is proud to launch a campaign to raise the funds needed to acquire and endow the property and ensure that it remains a Hingham town treasure into its fourth century.

In partnership with the Hingham Historical Society.

9 thoughts on “Getting to Know Major General Benjamin Lincoln”