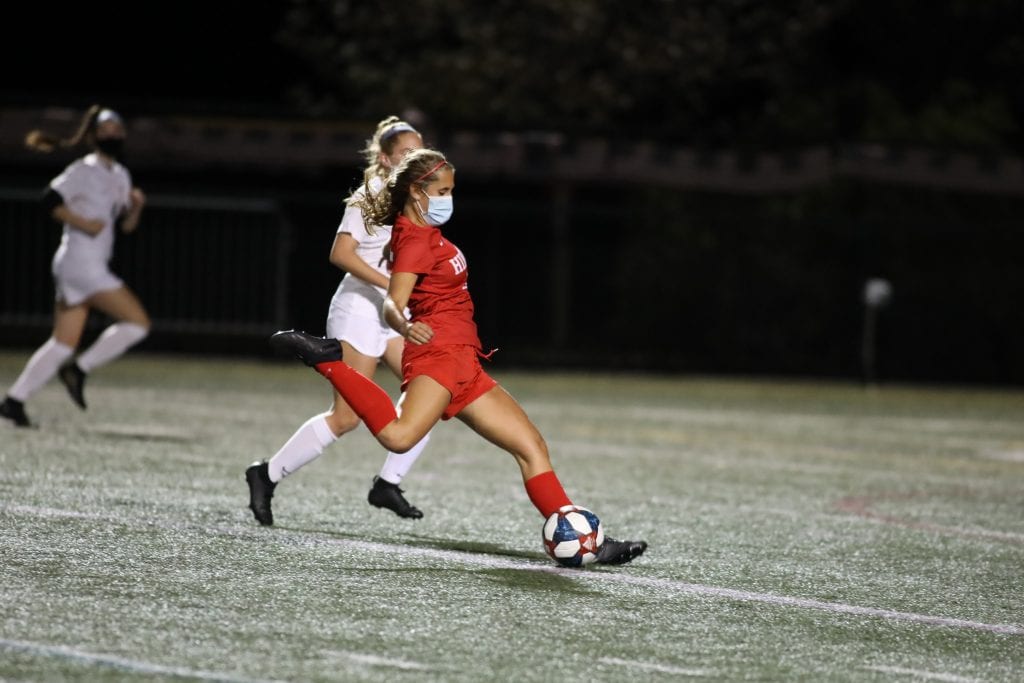 The girls soccer team had their home opener under the lights on Thursday night against Whitman-Hanson.  The two teams battled it out to a 2-2 tie.  It was a game that was pretty evenly matched throughout.  Hingham scored first on a great shot by junior captain Alexa Varholak, who booted the ball from about 25 yards out clear over the goalie's head.  Whitman-Hanson tied it up and it remained 1-1 through the first half.

Half way through the third period, Hingham sophomore Emily Gibbons scored on a shot from the right side of the field. The score remained 2-1 until late in the fourth quarter when Whitman-Hanson tied it up 2-2, which was the final score.

"I thought (the game) went pretty well." says Varholak. "Our coach was super happy, even with the tie.  Our team has been struggling in the first few minutes of games but we came out strong and played well throughout the entire 80 minutes."

When asked about how she thought the beginning of the season was going, Varholak stated that "they are doing great."  She emphasized "the team has a great connection as a whole and we really love each other.  We have so much talent that each game everyone keeps getting better and better and I think we are going to do really well this season." 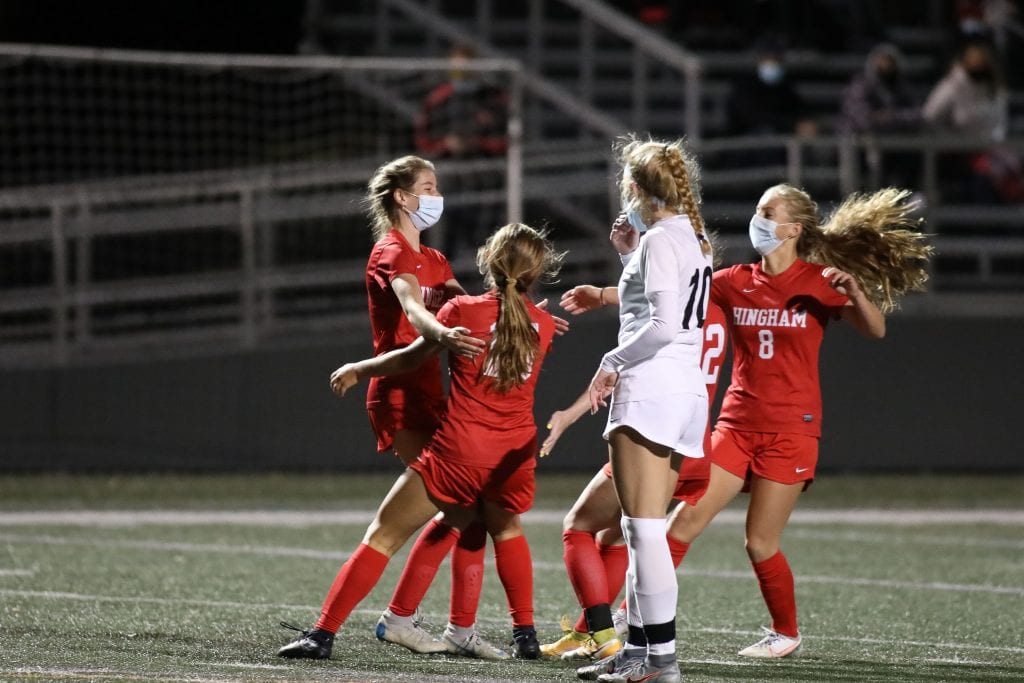 Sophomore Emily Gibbons celebrates with her teammates after her goal gives Hingham the 2-1 lead. 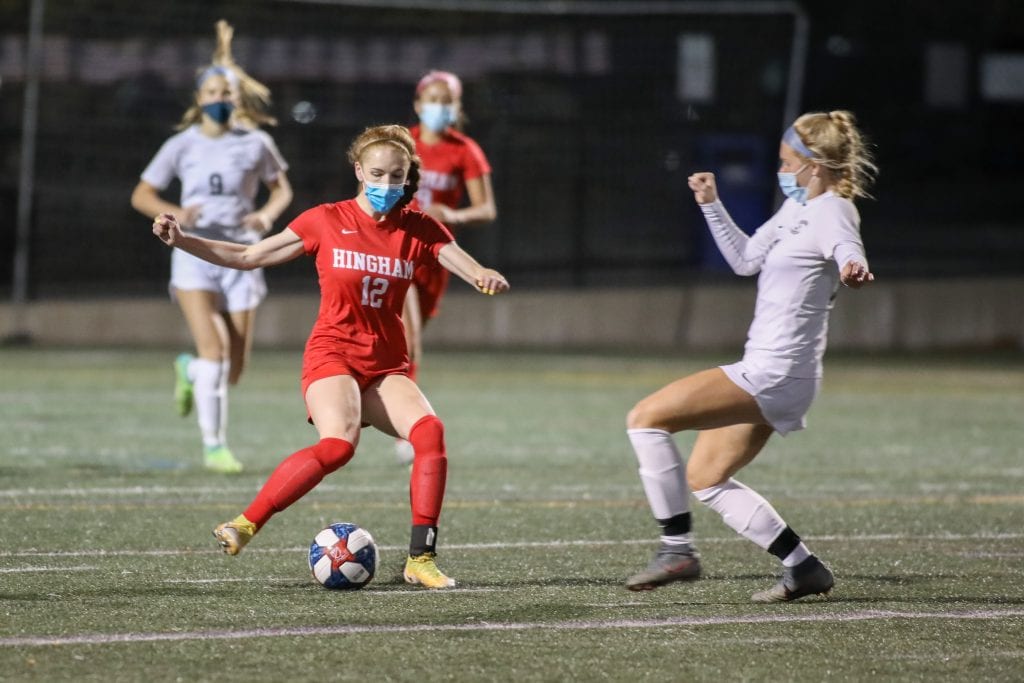 Freshman Claire Murray kicks the ball out of her own end in the first quarter. 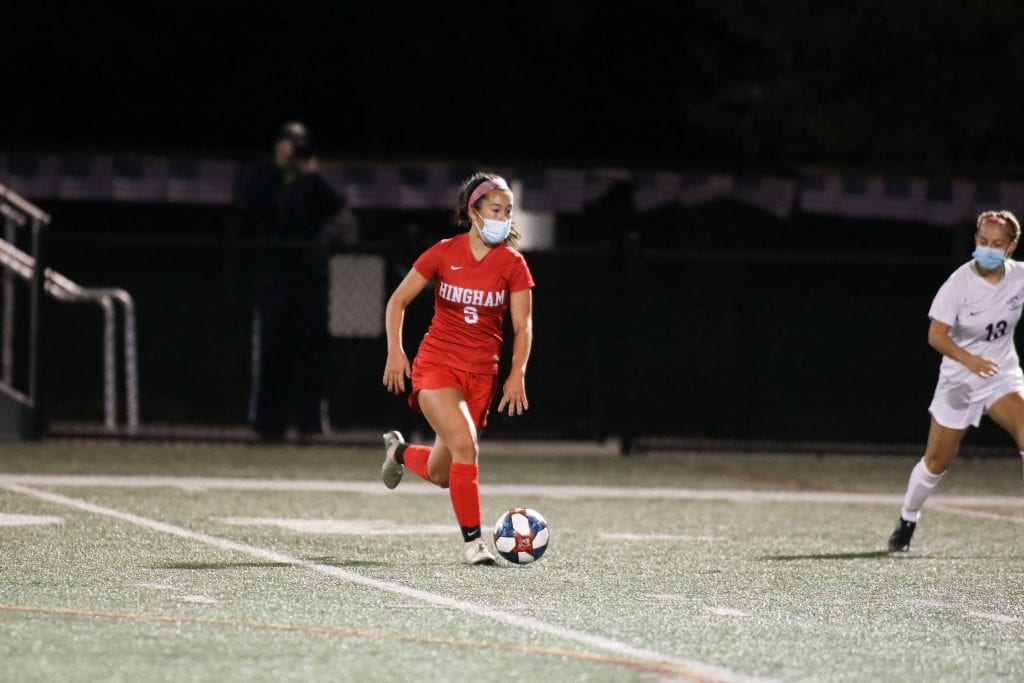 Junior Riley Cotter brings the ball over half field into Whitman-Hanson's end. 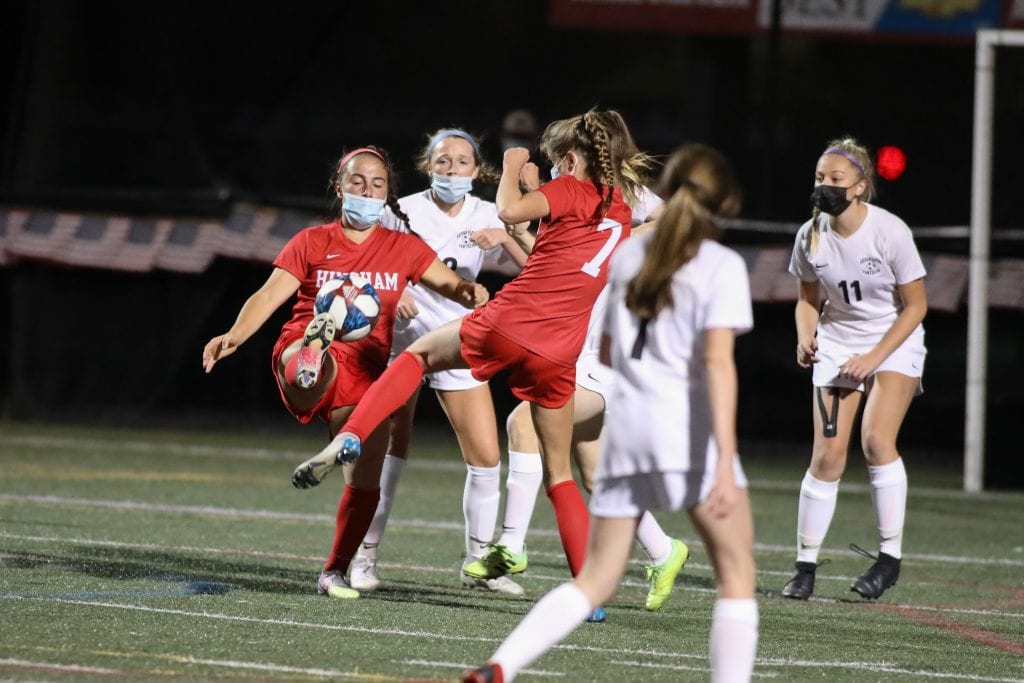 Junior Olivia Sharkansky battles for the position and the ball near WH's goal. 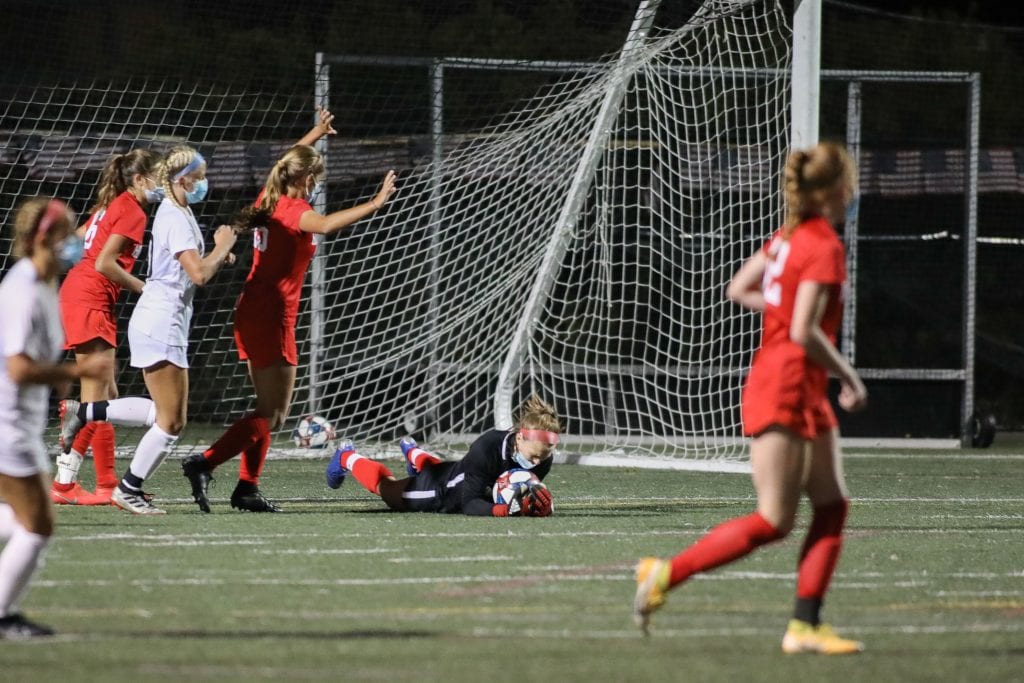 Hingham's Junior Goalie Niamh McGuiness made some timely saves in the first half. 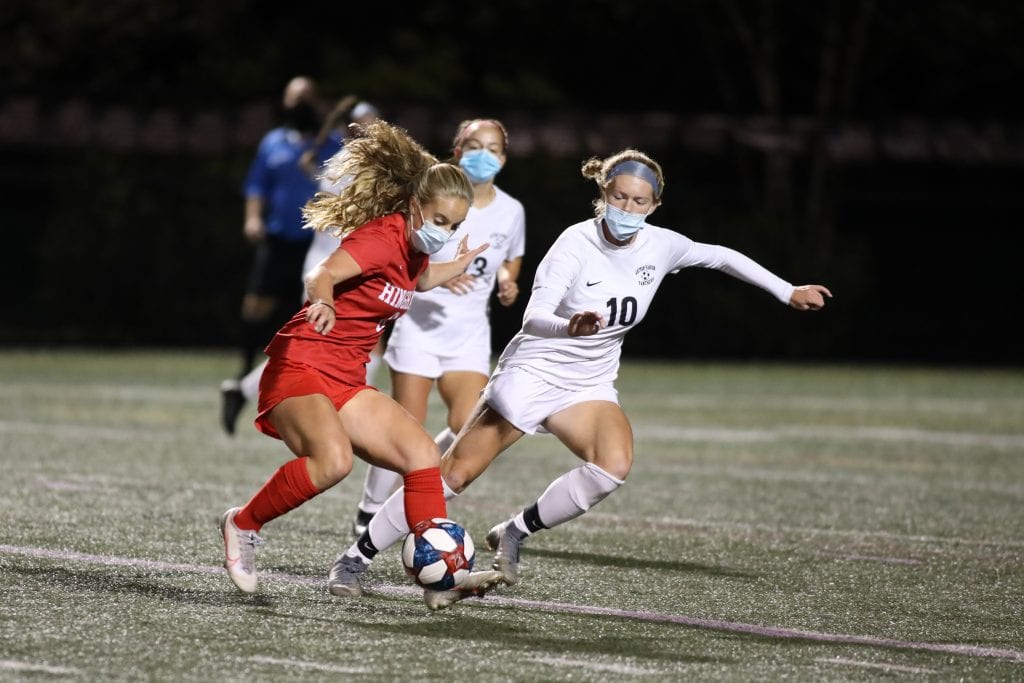 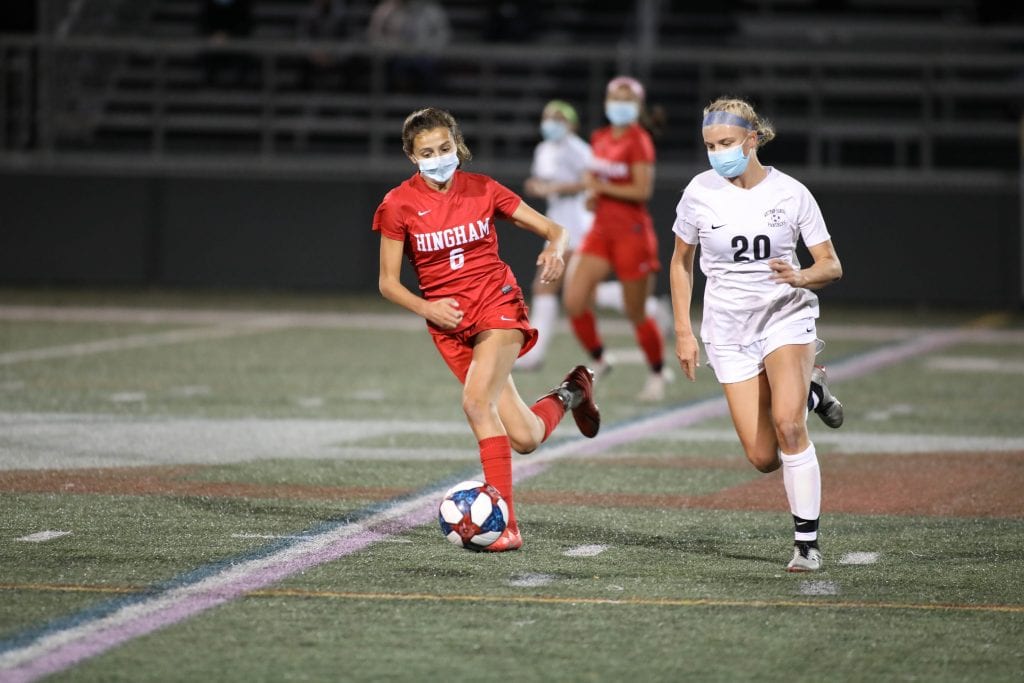 Sophomore defender Maddie Aughe chases down a WH player in the first half. 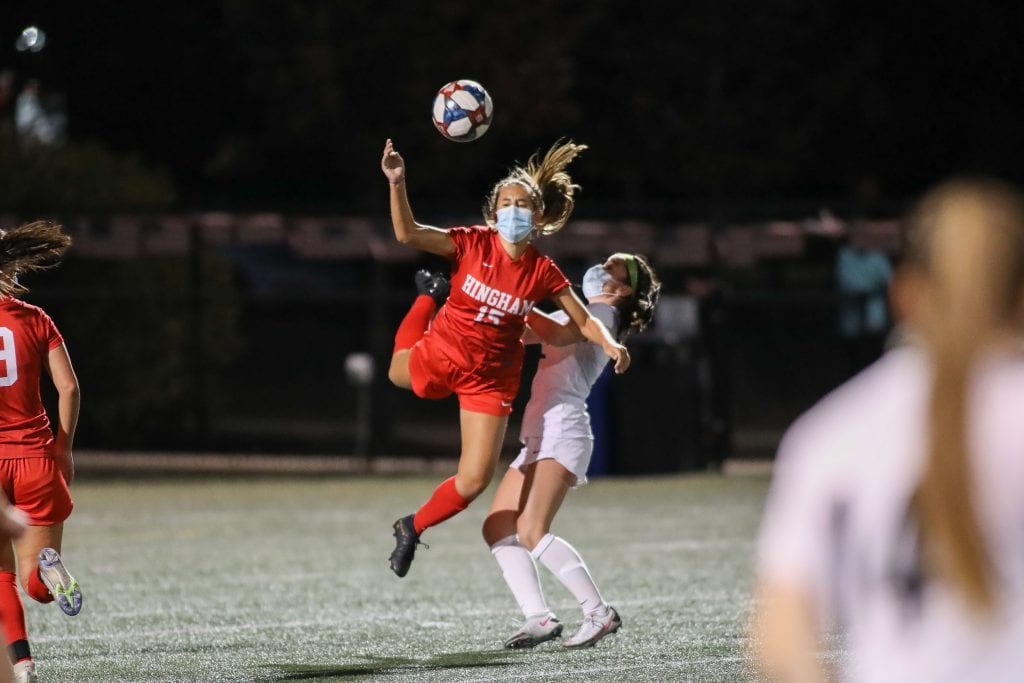 Alexa Varholak goes after a loose ball against a WH defender.