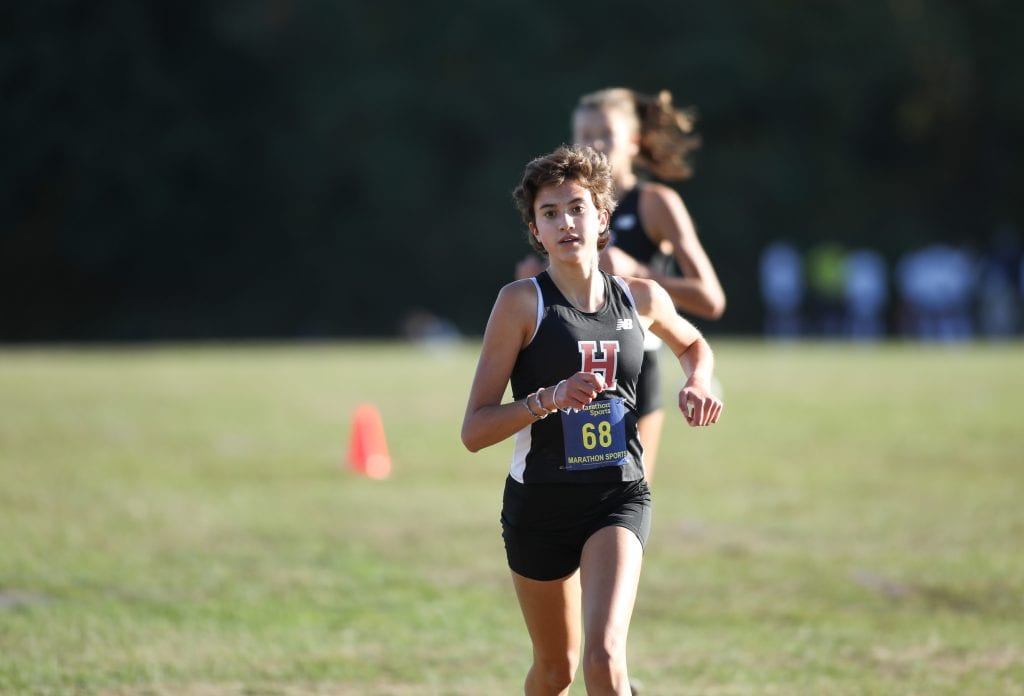 Senior Captain Pria Parker once again dominates the course with a first place finish and a time of 19:07.

The girls finally got to race against competition yesterday.  After last week's late scratch, the Cross Country team took on Duxbury at home in their first official race of the season.  The team was impressive as they took the top 11 times in the race giving them the 15-50 win.

"I was really pleased with how things went yesterday." Head Coach Todd Deely tells the Anchor. "Both our Varsity and JV teams raced really hard and competed well.  We have not raced against another school since the Indoor Track State Meet back in February so it was nice to see we still have the competitive fire.  Last year Duxbury almost upset us and we wanted to make sure that did not happen today.  The girls took control from the gun and dominated for the entirety of the race.  I was also really happy to see that we are building some good quality depth which we will need with two more meets in the next 6 days."

It's also important to note, that given the size of the team (73 runners) plus the visiting team, planning for and creating social distancing for both the runners and the spectators adds additional obstacles this season.  In a tweet sent out last night, Hingham's Athletic Director praised Coach Deely (as well as Boys XC coach Fred Jewett) for their efforts on this front.

"From a safety and COVID perspective I thought both teams and their fans did a really good job at following the procedures and staying safe."

Next up fro the girls is Friday, 10/9 @ home against Plymouth North. 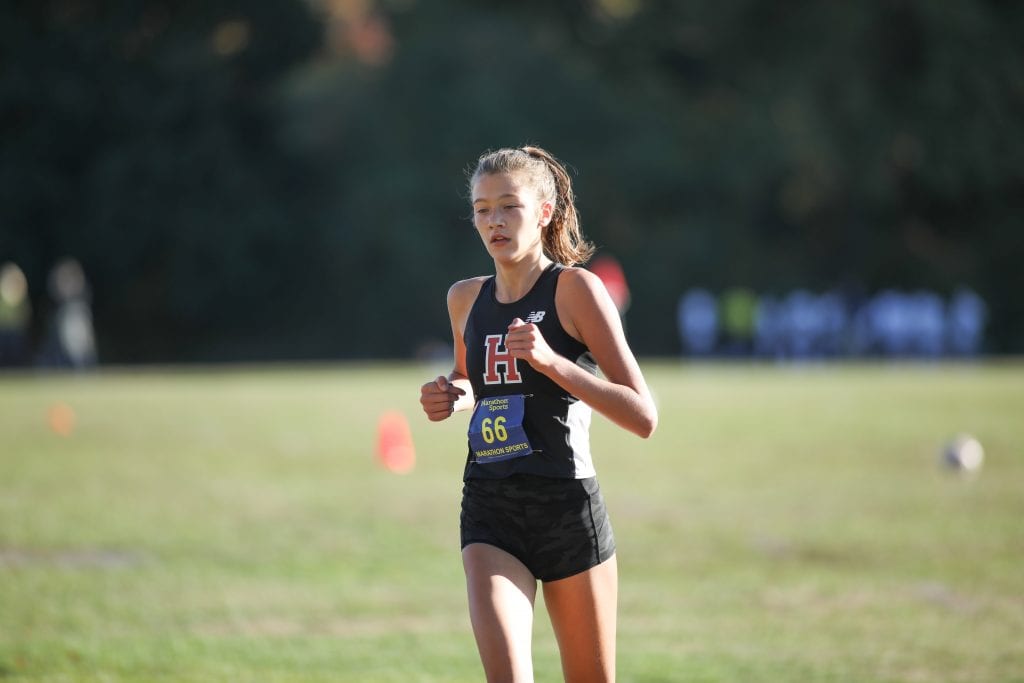 Senior Maeve Lowther finishes in second place with a time of 19:27. 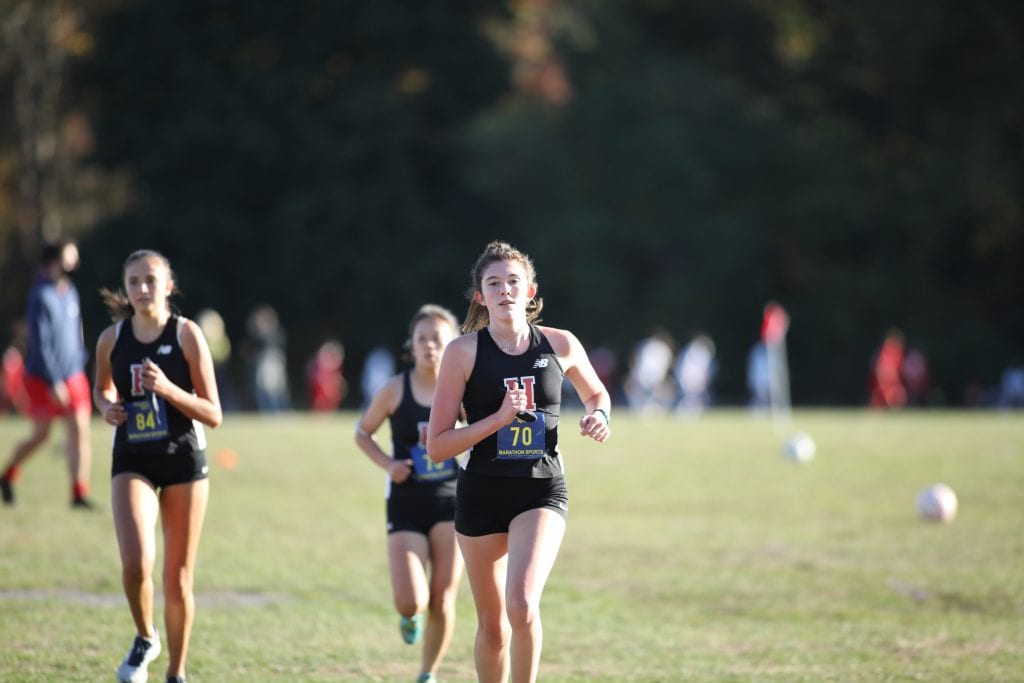 Junior Delany Coppola finished third with a time of 21:09. 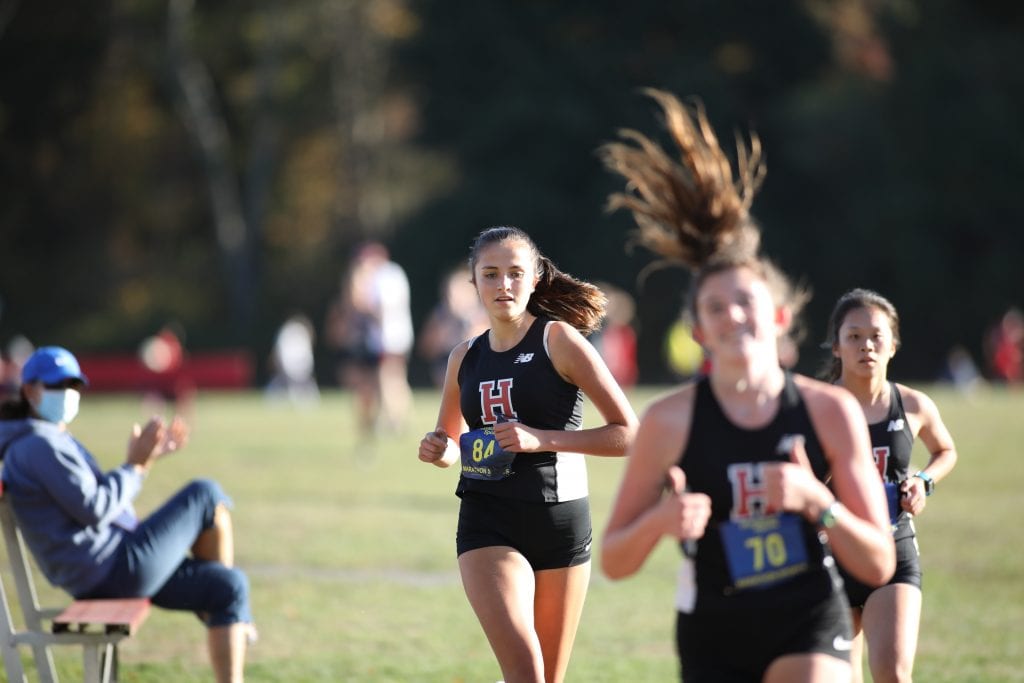 Senior Ari Aughe finished in 4th place with a time of 21:16 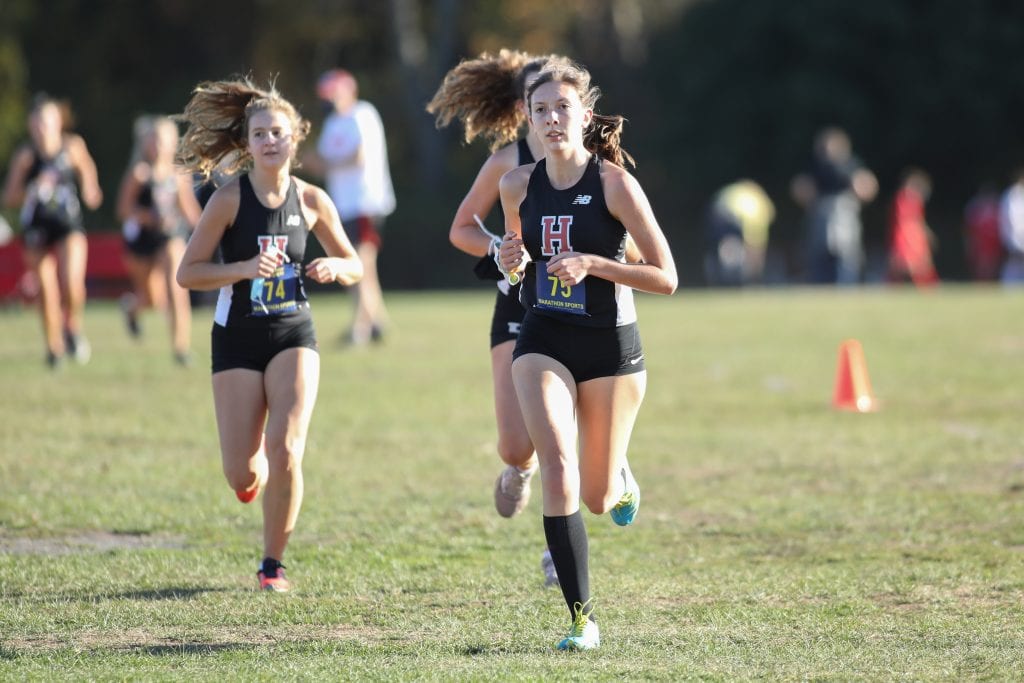 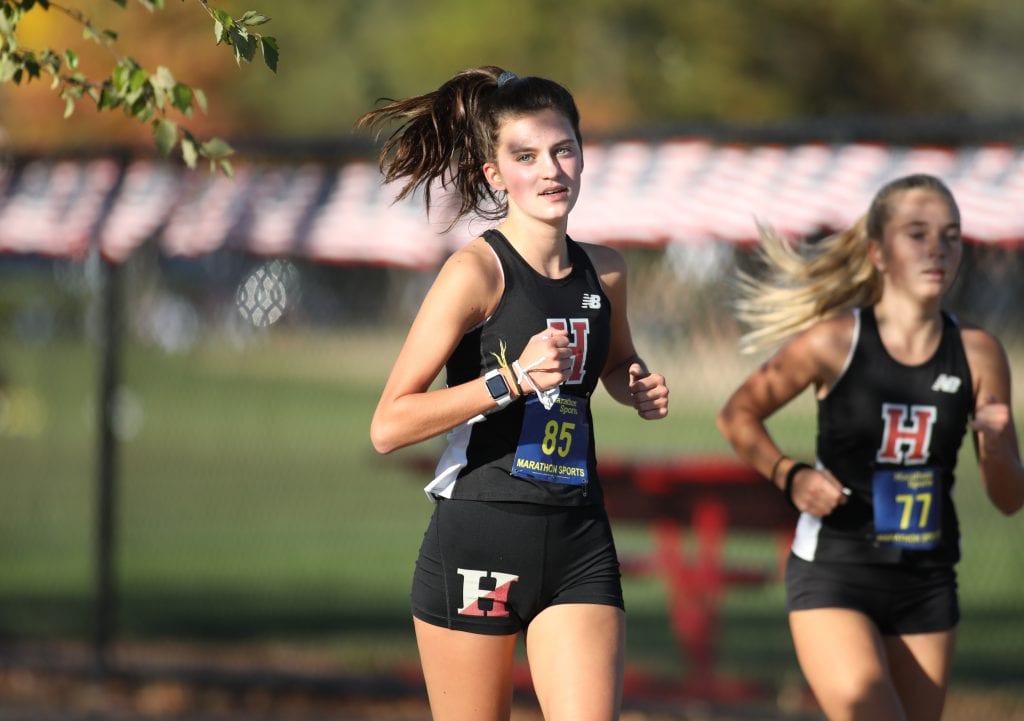 Senior Captain Callie Daly running hard on her second loop of the course.