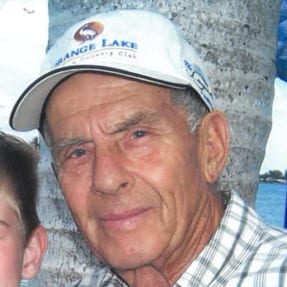 Harold Honkalehto, 91, of Kingston, formerly of Hingham and Osprey, FL, passed away peacefully at South Shore Hospital on December 11, 2020. The beloved husband of 49 years to the late Marilyn A. (Sweeney) Honkalehto. Born in Quincy, he was the son of the late Antti and Olga (Naponen) Honkalehto. Loving father of Peter Honkalehto, his longtime companion, Anne Keys and her son, Matt of Marshfield; Kristen Cox and her husband Richard of Duxbury; the late Karen H. Sweeney and the late Eric Honkalehto. Devoted grandfather, “Gump”, of Erik, Kelsey and Brian Cox of Duxbury. Brother of the late Oswald Honkalehto and late Helvie Nickerson. Survived by loving nieces and nephews.

Harold graduated from Quincy High School and served in the army during the Korean War. He worked as a customer engineer for the IBM Corp. for 33 years, then spent winters for 25 years traveling to Florida where he enjoyed golfing, the beach, and doing home and garden projects. He was happiest spending time with his family and friends, was always glad to help others and left a lasting impression on anyone who met him. He will remain forever in our hearts.

Services are private and a celebration of Harold’s life will be planned for a later date. In lieu of flowers, donations may be made in his memory to the charity of your choice.