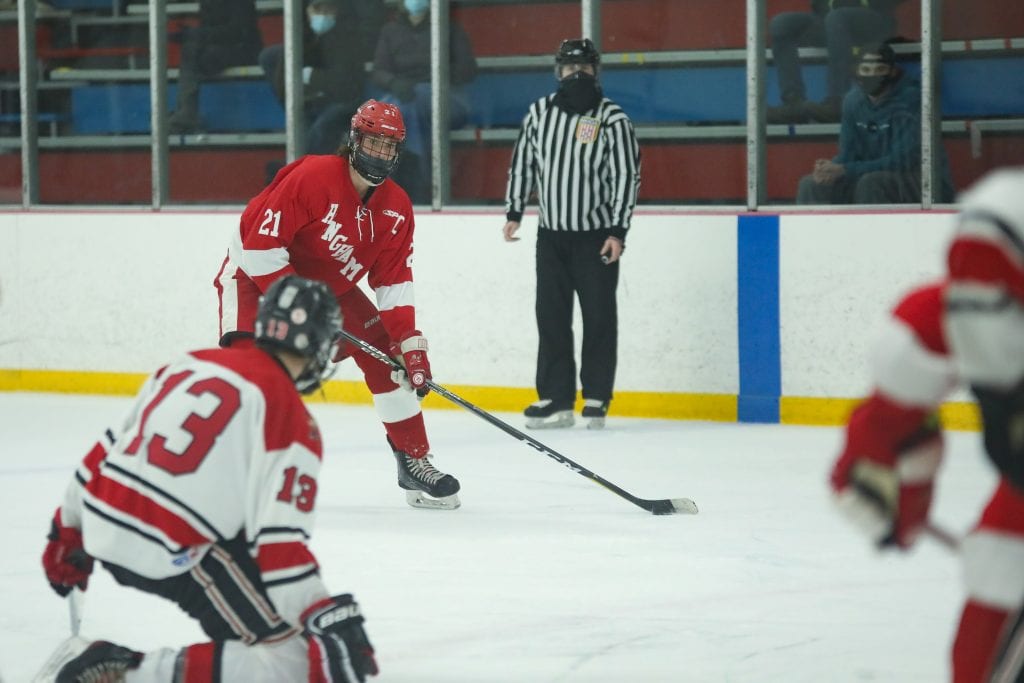 Senior captain Paul Forbes surveys the ice on a Hingham powerplay in the second period.

For the first time in decades, the Hingham High School boys hockey team opened up their season last night as a member of the Patriot League.  Normally, the Harbormen are in an Independent League, which allows them to schedule games against the some of the top public and Catholic schools in the state.  But without the Super 8 Tournament this year and the restrictions on travel, the Patriot League invited Hingham to participate this year.

"I hope these guys don't think it's going to be an easy road," Head Coach Tony Messina says regarding their non-traditional schedule.  "We've been telling them this, there are a lot of good teams (in the Patriot League) and North Quincy proved it tonight."

The Raiders showed up to play last night and scored less than a minute into the game.  Trying to build on the momentum of the early goal, North Quincy applied some pressure on Hingham, but senior goalie Theo Jacobs made some timely saves keeping it just a one goal game after the first period.

The Harbormen came out in the second with a little more urgency and had more scoring chances, but didn't break through until sophomore Aidan Brazel tipped one in from a pass from senior captain Paul Forbes with 7 minutes left in the period.  The score remained 1-1 into the third until Brazel scored his second goal of the night off a face off win and pass from senior Lars Osterberg.  The Habormen kept their foot on the gas after that adding a short-handed goal on a great steal and shot from senior Evan Corbett and a power play goal from junior Bobby Falvey giving Hingham the 4-1 win.

"I think we just wore them down over time," said Coach Messina talking about his team's third period turn around.  "We didn't start off with a good mental part of the game.  I think we were making some mistakes and they took advanteage of it right from the get-go.  (North Quincy) is well-coached and a couple of bounces here or there, it could have been a different game."

The Harbormen's upcoming schedule includes Silver Lake and Plymouth North, as well as familiar foe Duxbury.  Coach Messina is focusing on some areas of improvement as the schedule picks up.

"A lot of things to work on - team defense is going to be a big one.  We gave up too many shots, too many good oppoturnites." 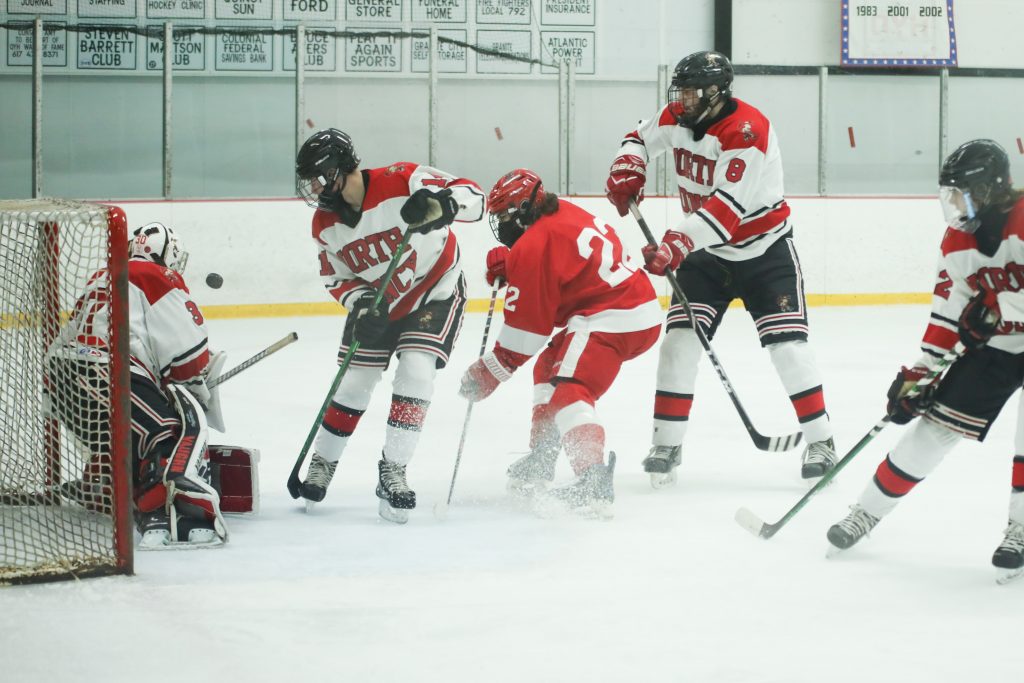 Senior Jack Magner crashes the net in the first period. 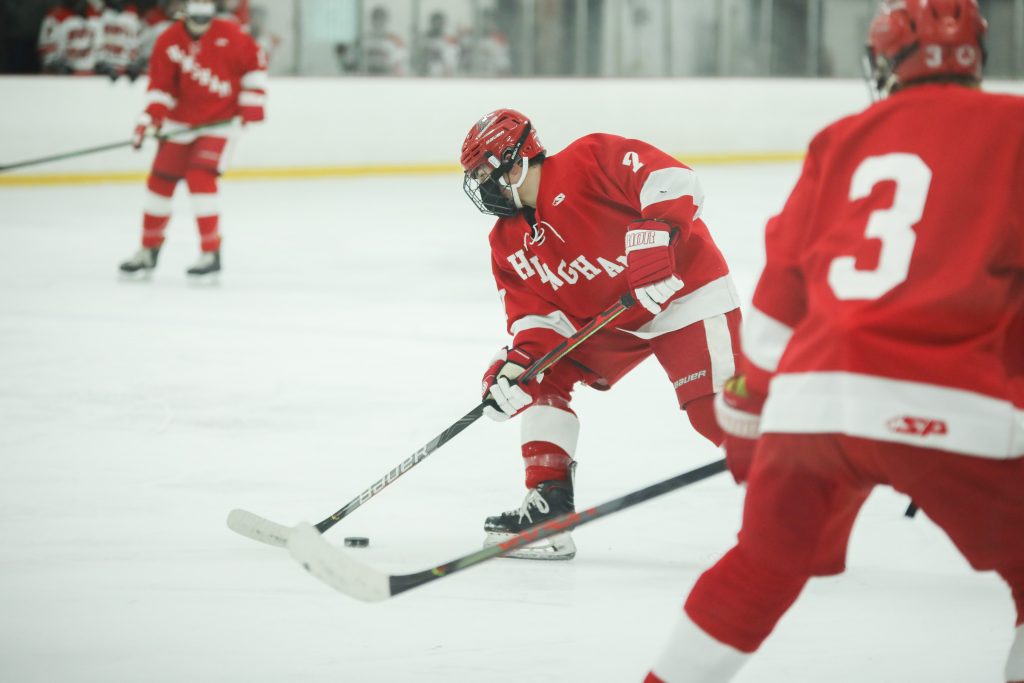 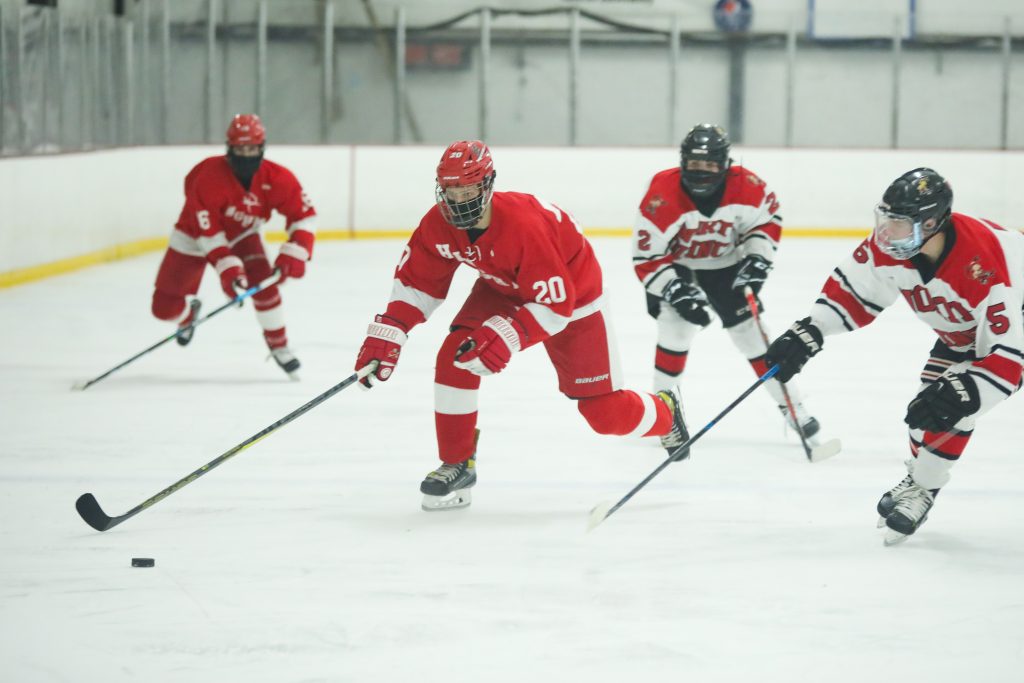 Sophomore Allu Linna carries the puck over the blue line. 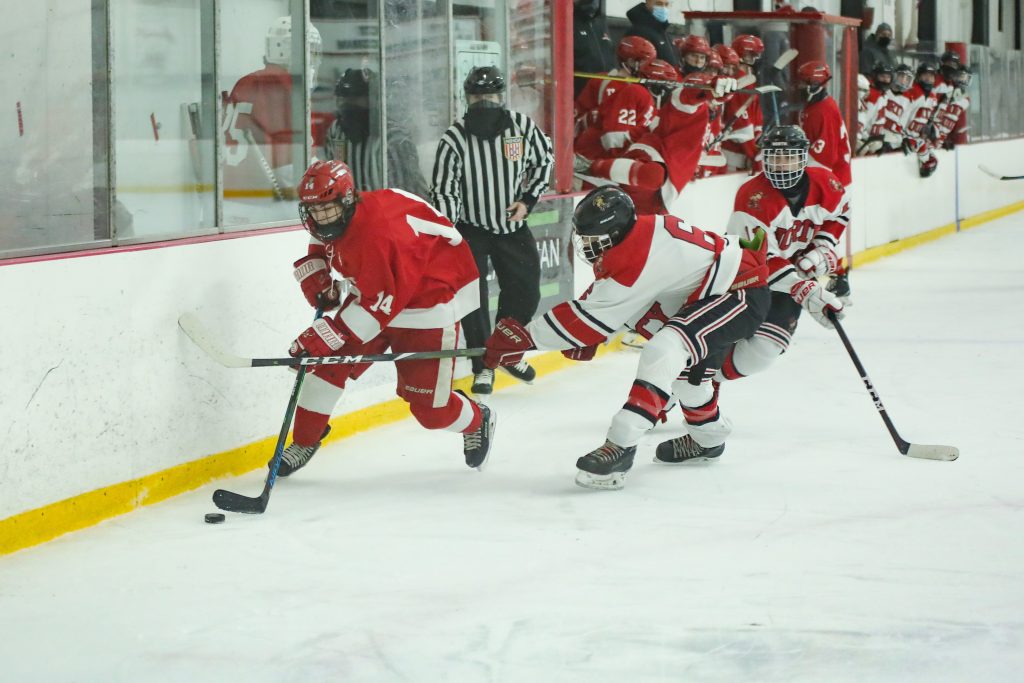 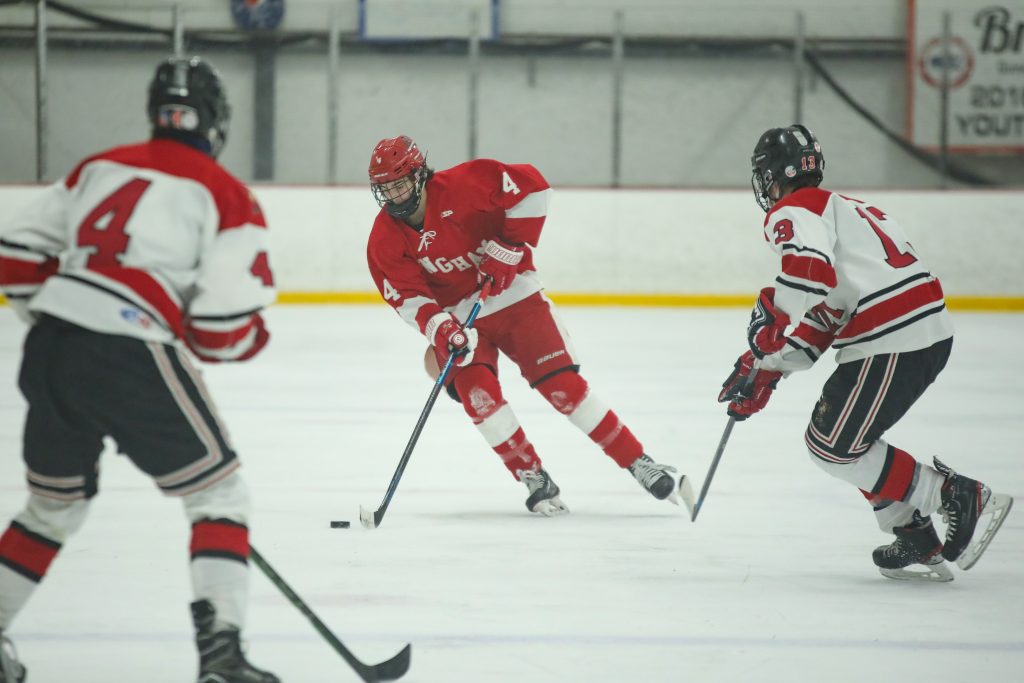 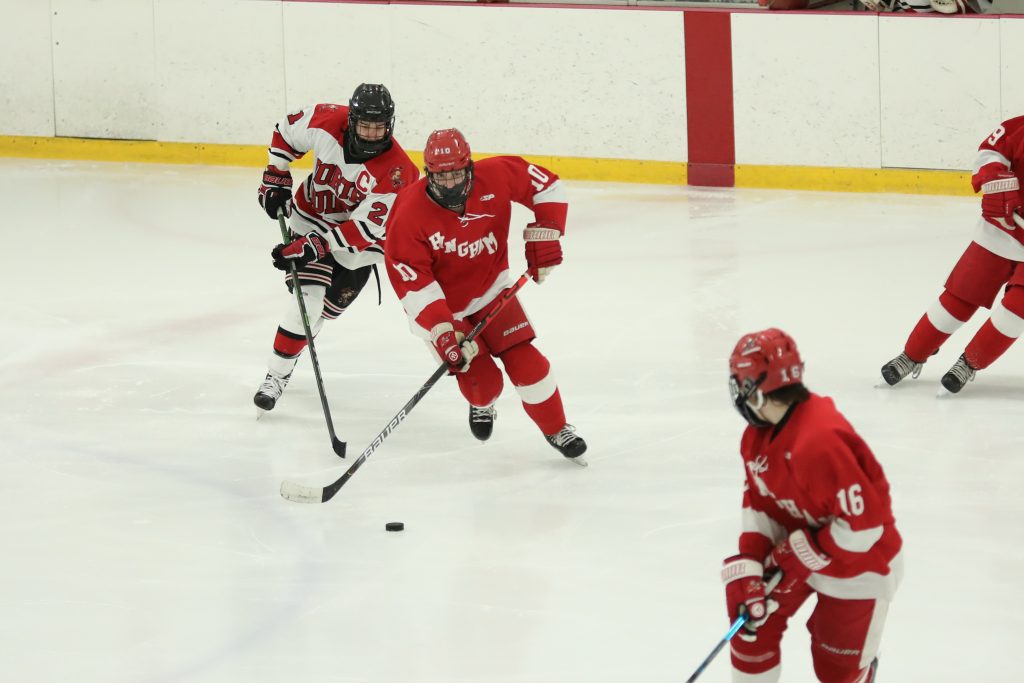 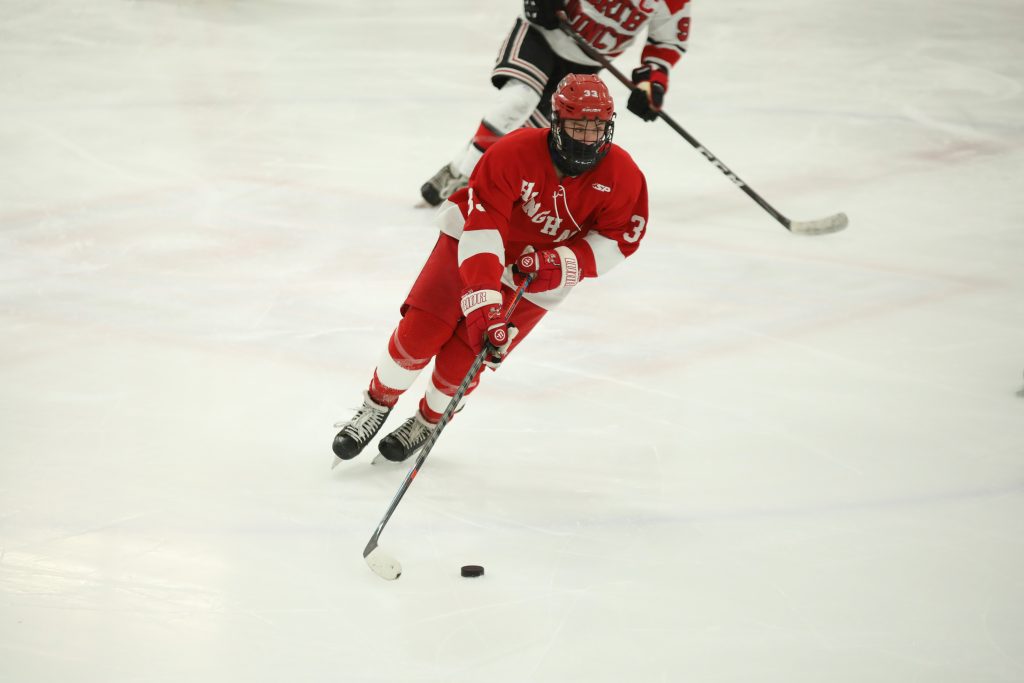 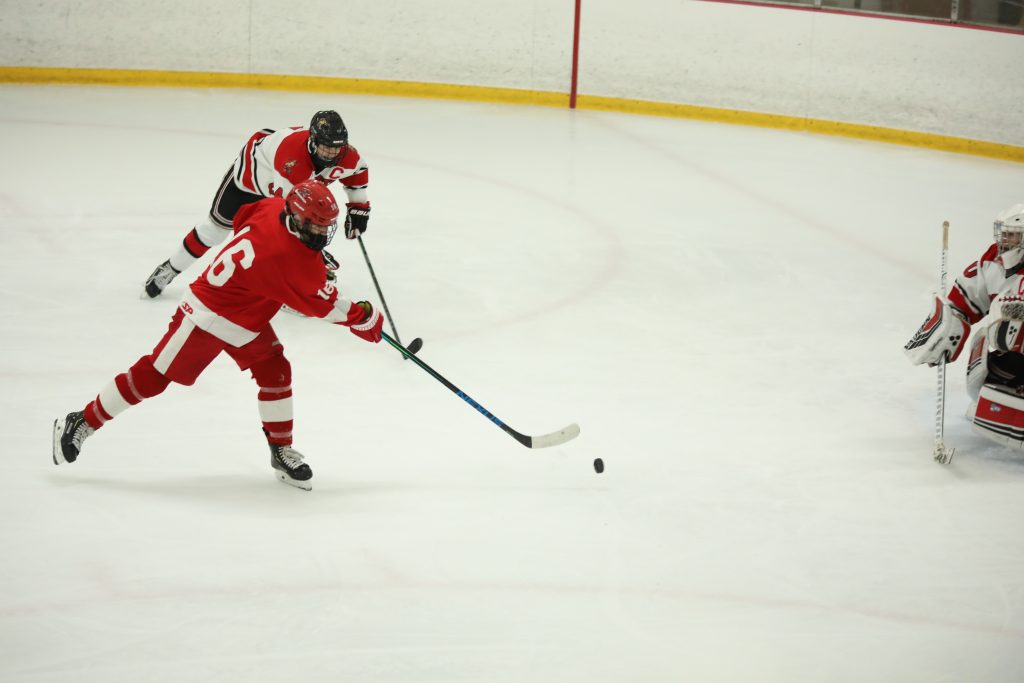 Senior Evan Corbett had a great steal in the offenseive zone on the PK then put this one in for a short-handed goal. 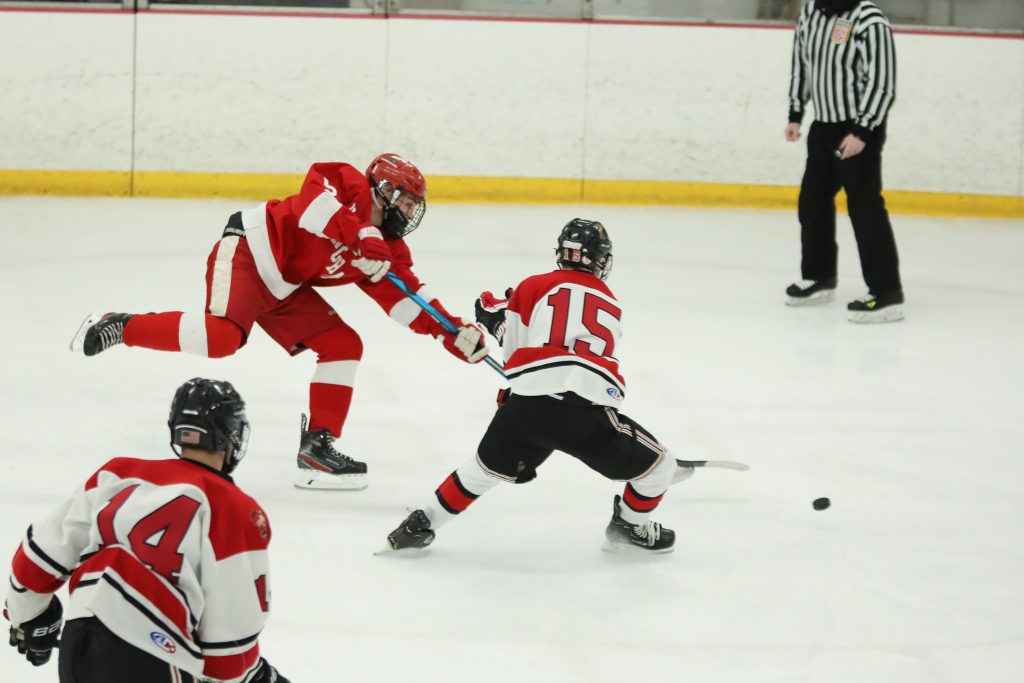 Junior Ryan Burns trying to add to the Harbormen's lead in the third. 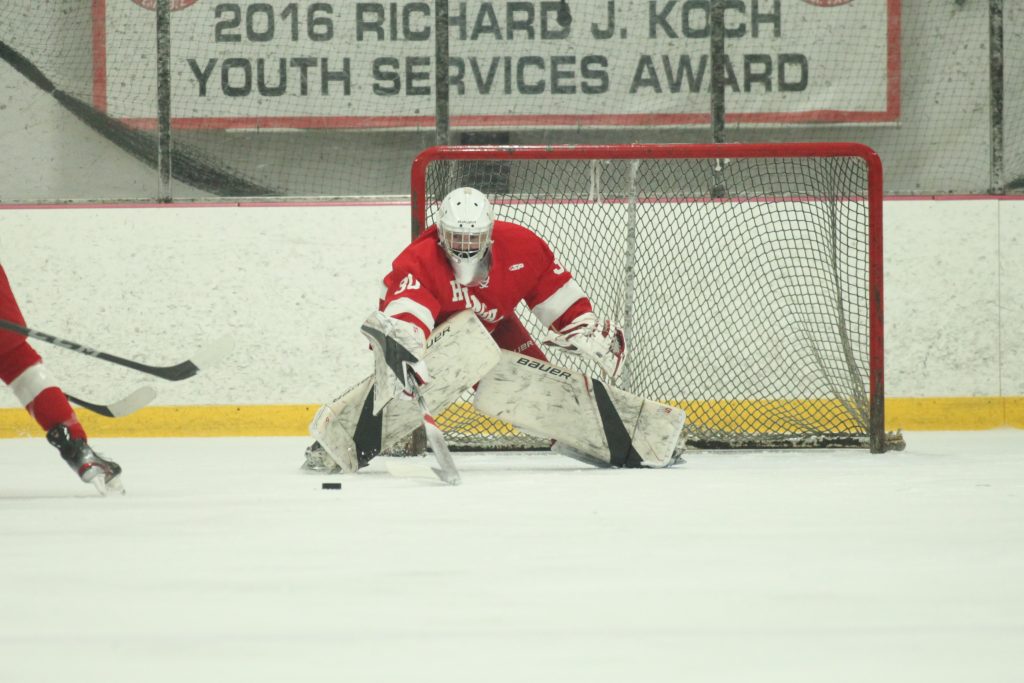 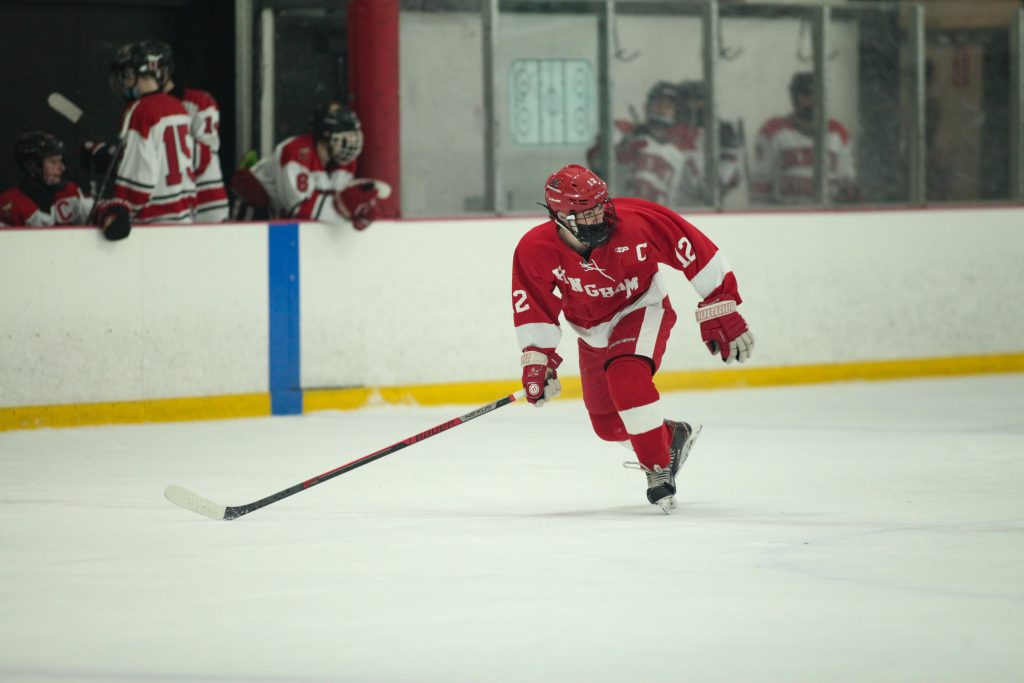 Senior captain Tommy McNally racing down the ice to defend his zone. 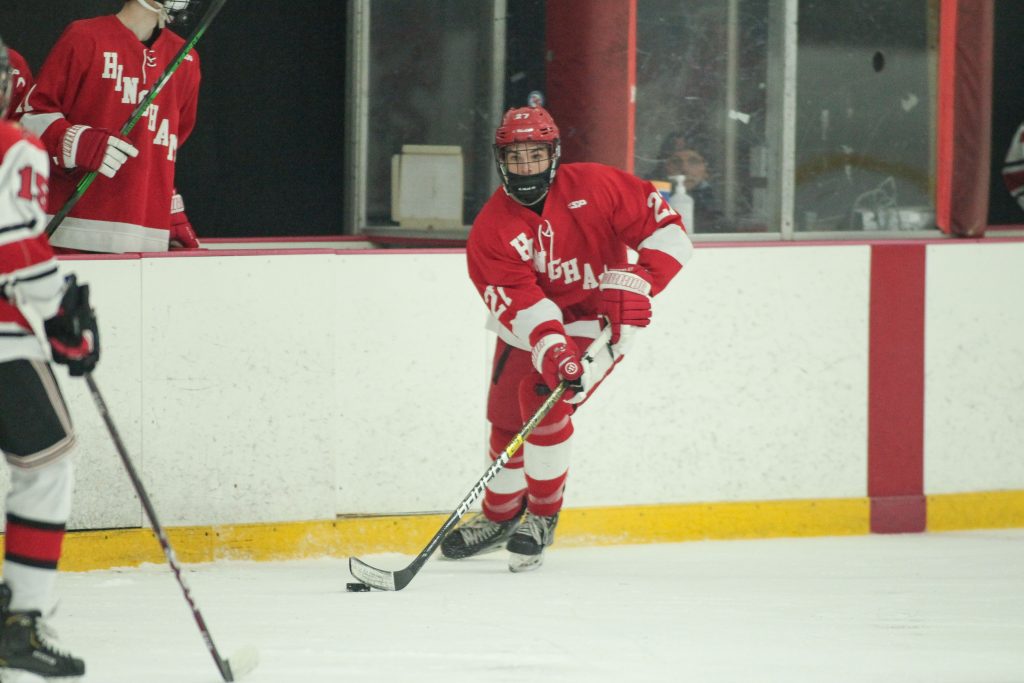 Sophomore Ace Concannon saw some meaningful mintues throughout the game.