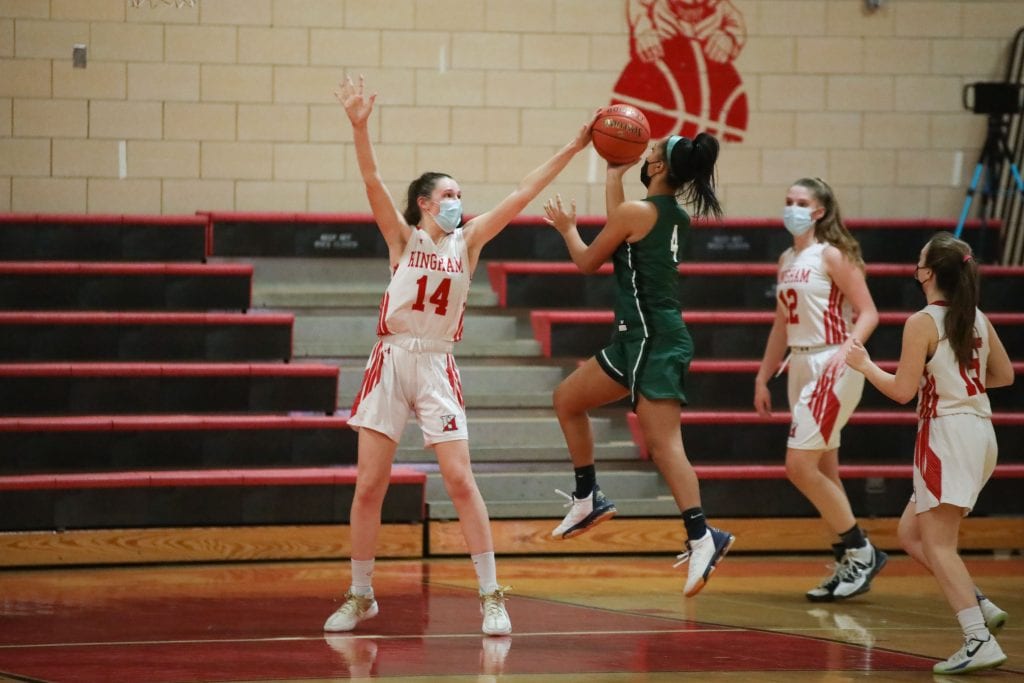 After a slight delay, the Hingham High School girls basketball team finally took the court Friday night to start their 20/21 season.  This was the first game after their memorable playoff run last year, which was cut short 1 game before the League Championship game in the TD Garden.  The team looks noticeably different this year without Patriot League All-Stars Ryley Blasetti and Grace Bennis.

Like most teams in the Patriot League, and all over the state, Hingham had their first few scheduled games postponed due to COVID related protocols.  The girls took the ball out of bounds (because there are no more jump balls) vs Duxbury on Friday in front of a pretty much empty gymnasium. A much different atmosphere from last year's full houses.   One of the things that stands out with this year's team is that Coach Buczynski is using more of his bench.  This was evident right from the start as six different Harborwomen scored in the first quarter.  Hingham was down by only 1 point after the first quarter and it was much of the same for the second quarter, where each team only scored 8 points.

The Lady Dragons pushed it to an 11 point lead at one point in the third behind lights-out shooting from freshman Molly Donovan, who scored 12 of Duxbuy's 14 points in the quarter and who had a game high 23 total points.  Despite a valiant 4th quarter effort by Perry Blasetti, who hit three 3-points and had 9 of her team leading 16 points, Hingham fell short 48-45 in the end.

The Harborwomen look to bounce back with two games this week, one Wednesday vs Silver Lake and one Friday vs Hanover. 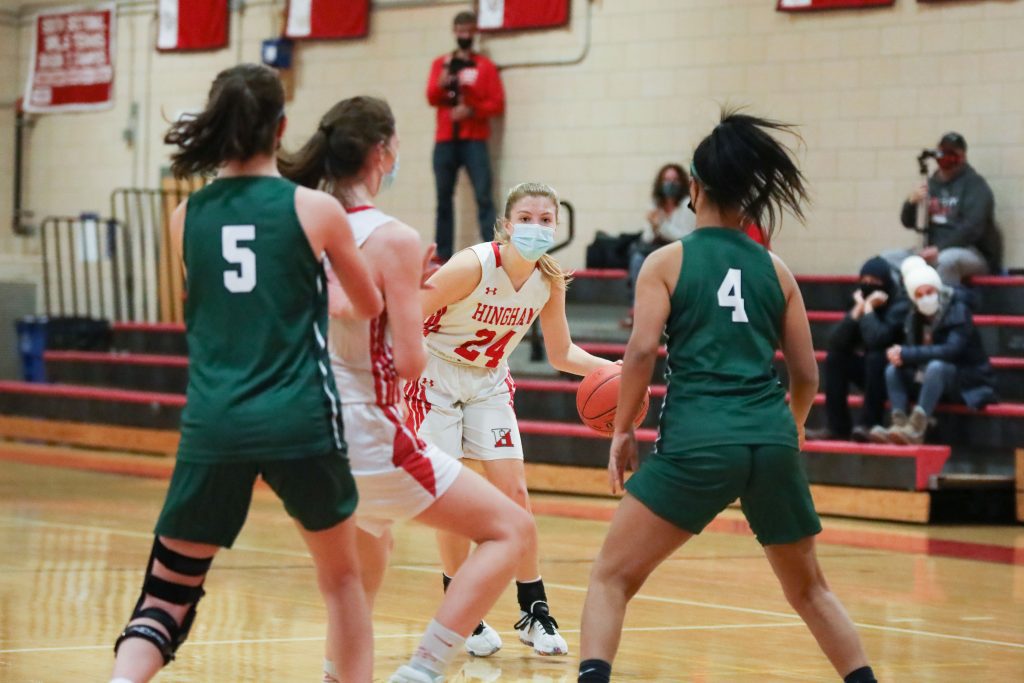 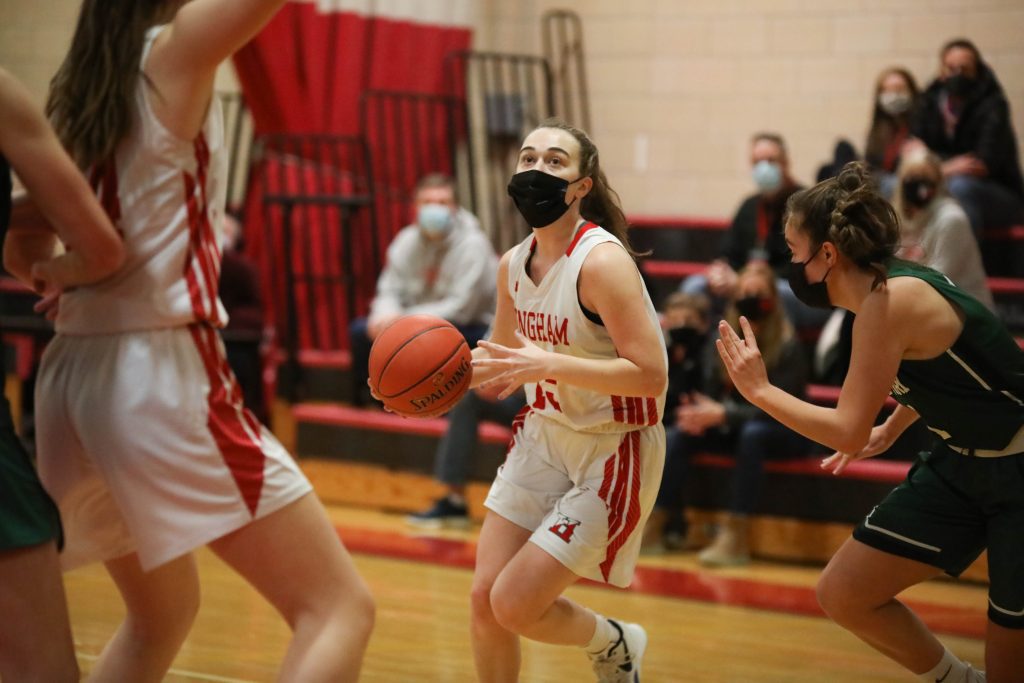 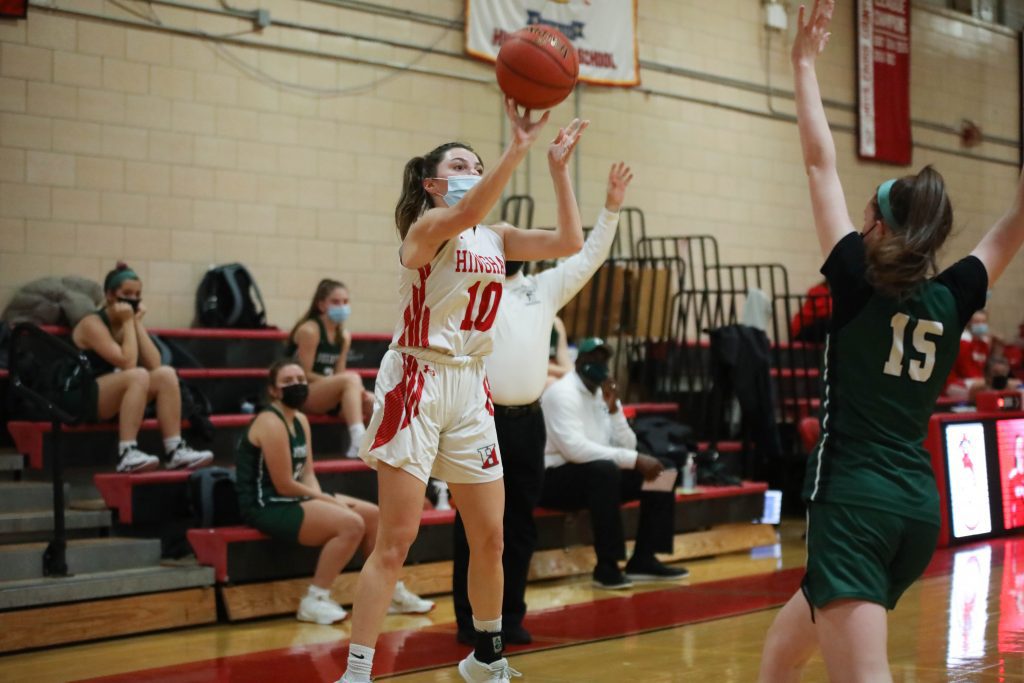 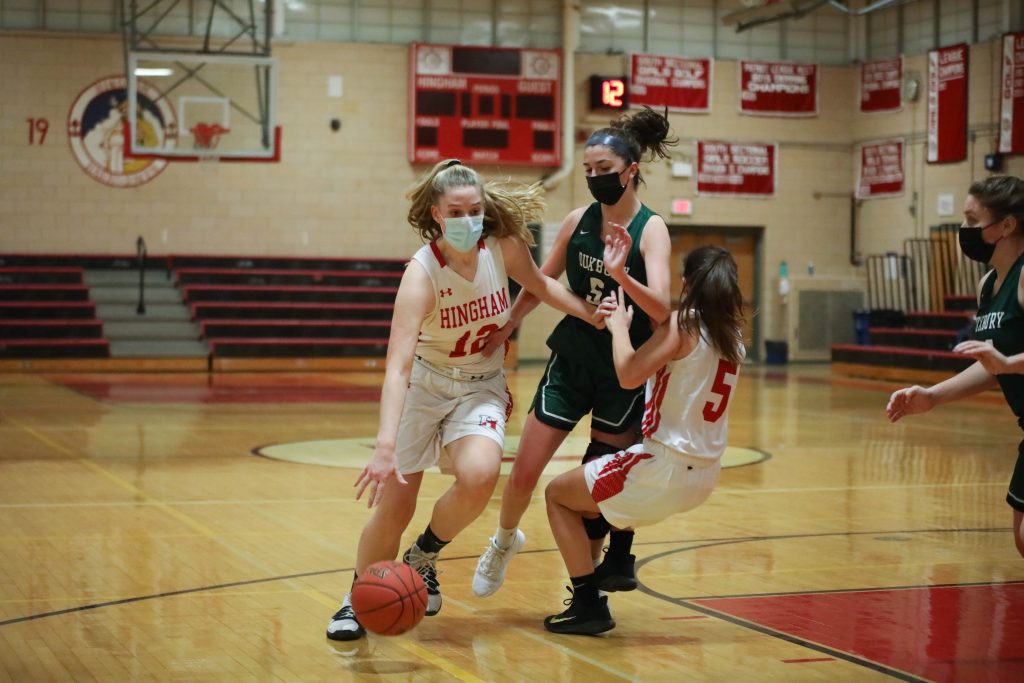 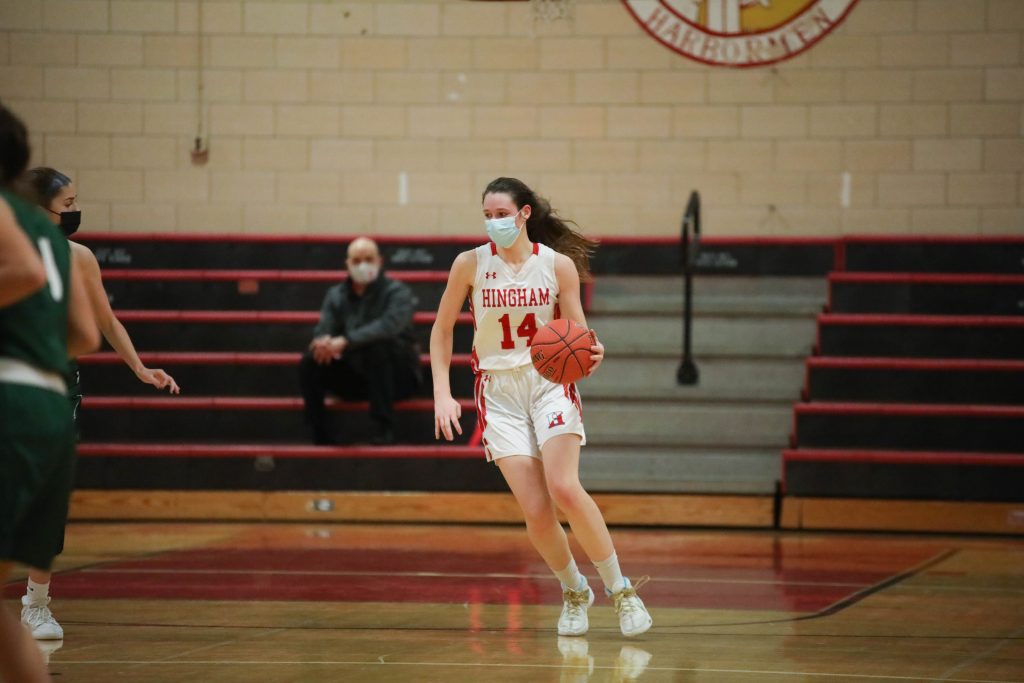 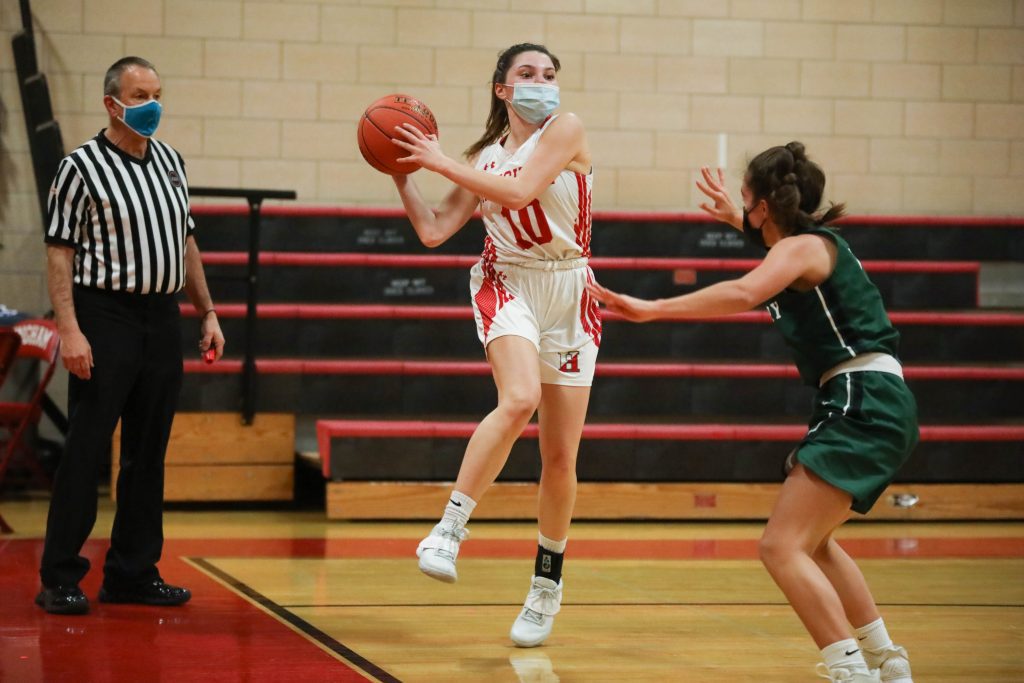 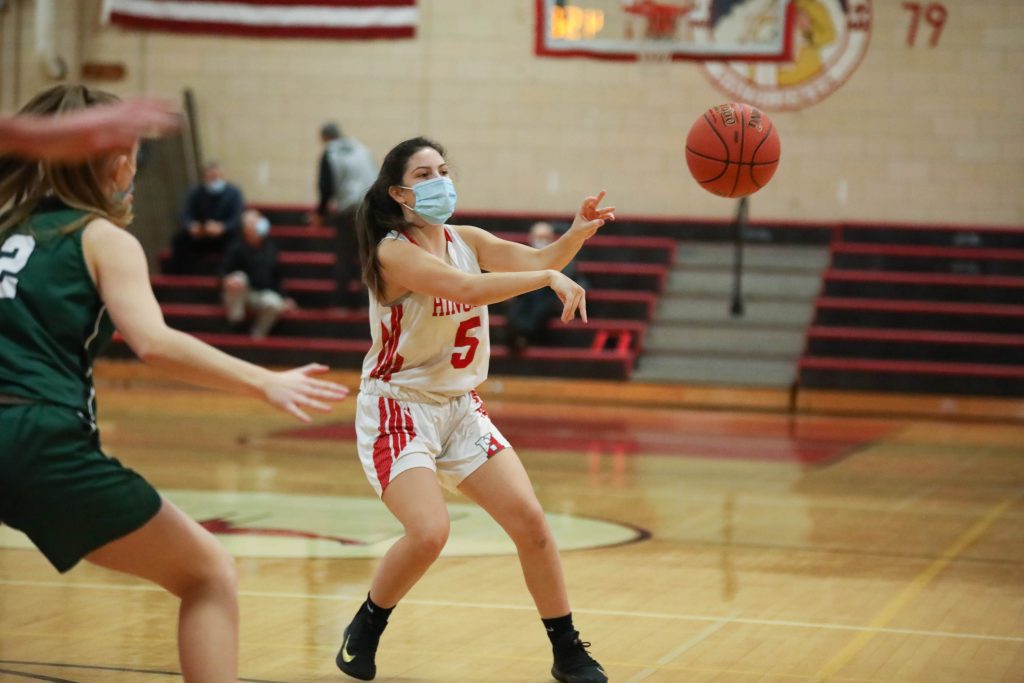 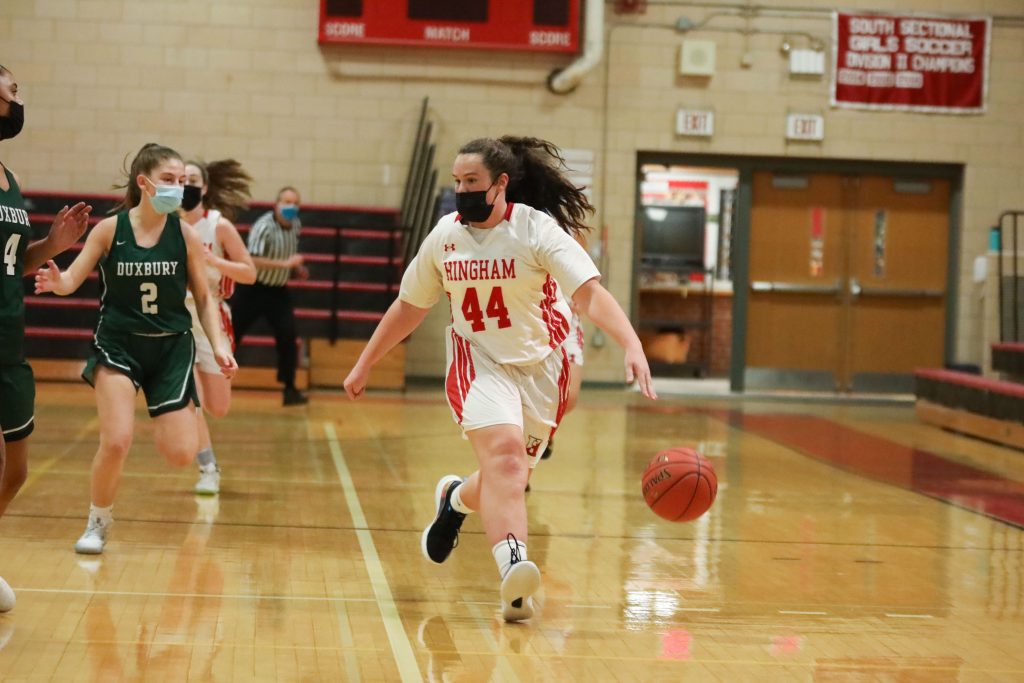 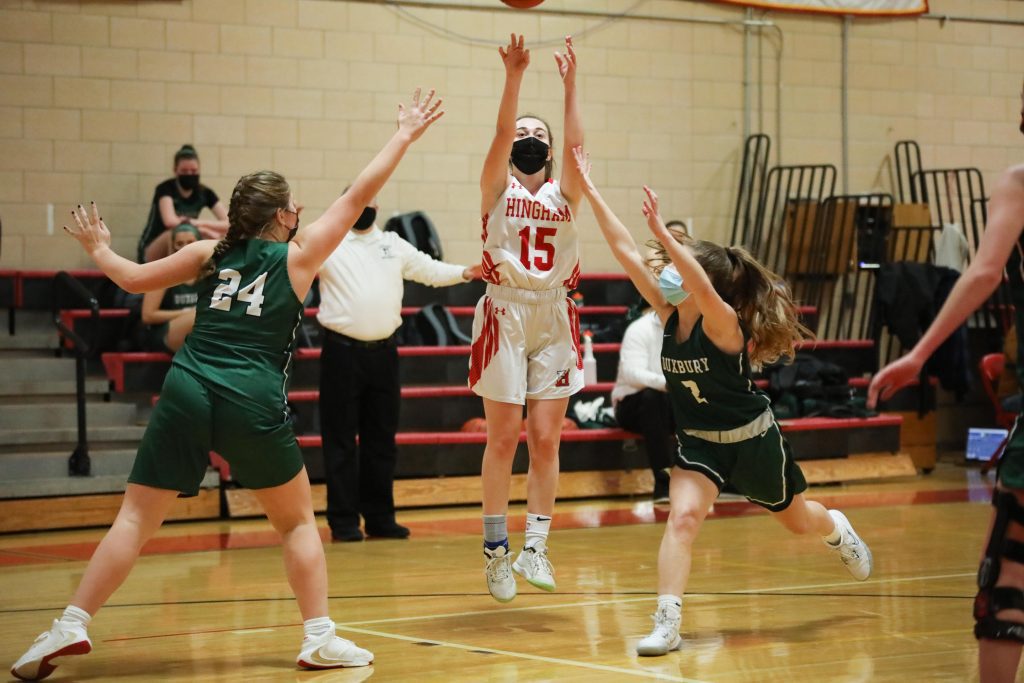 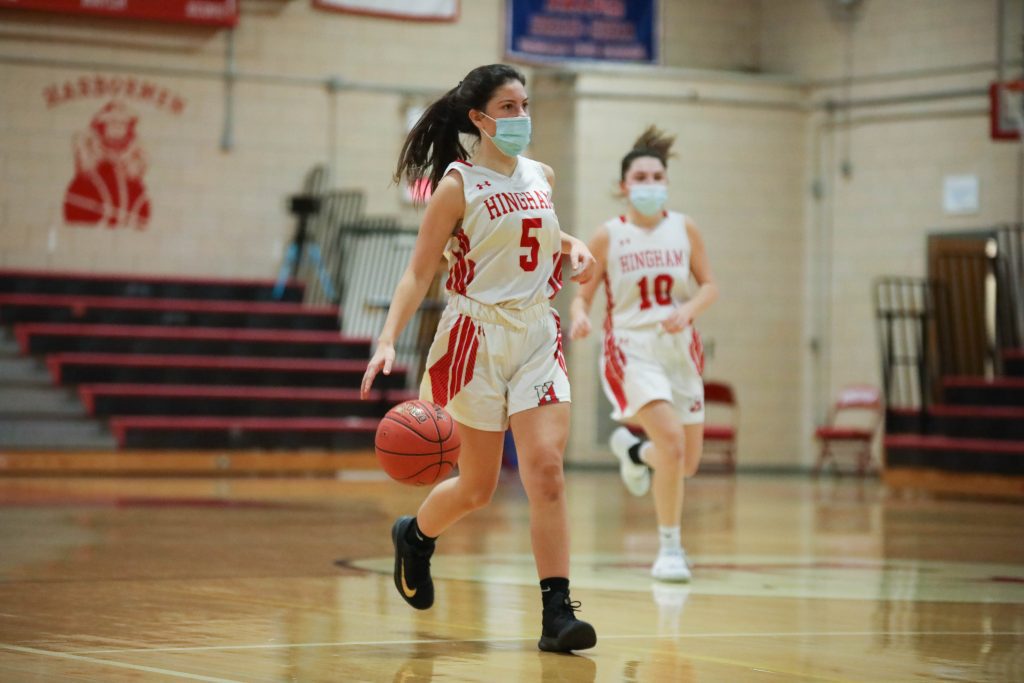 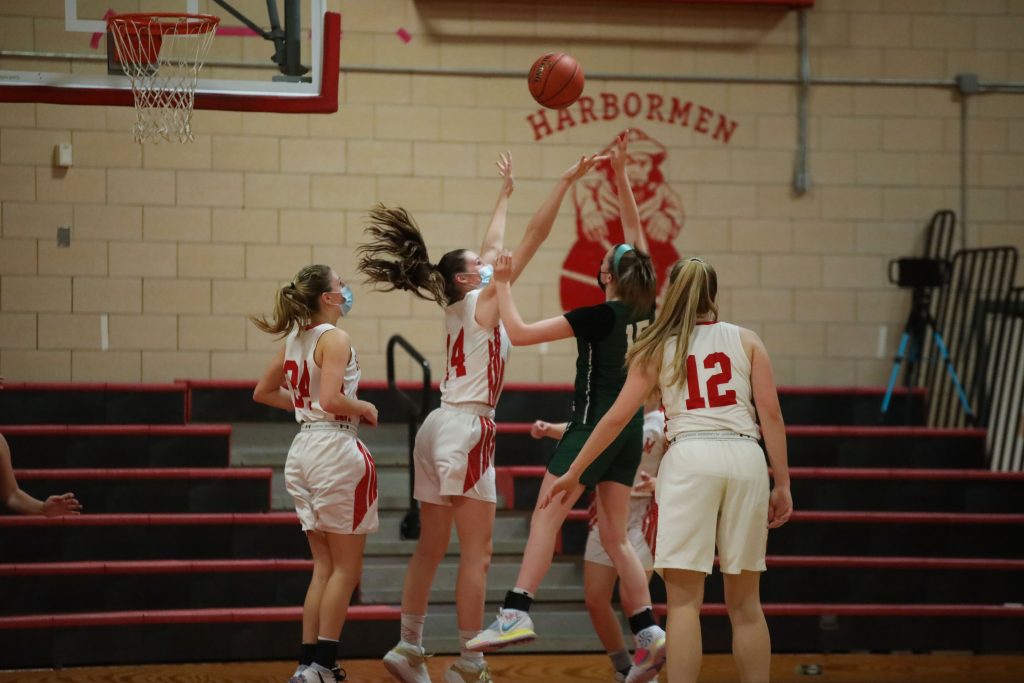 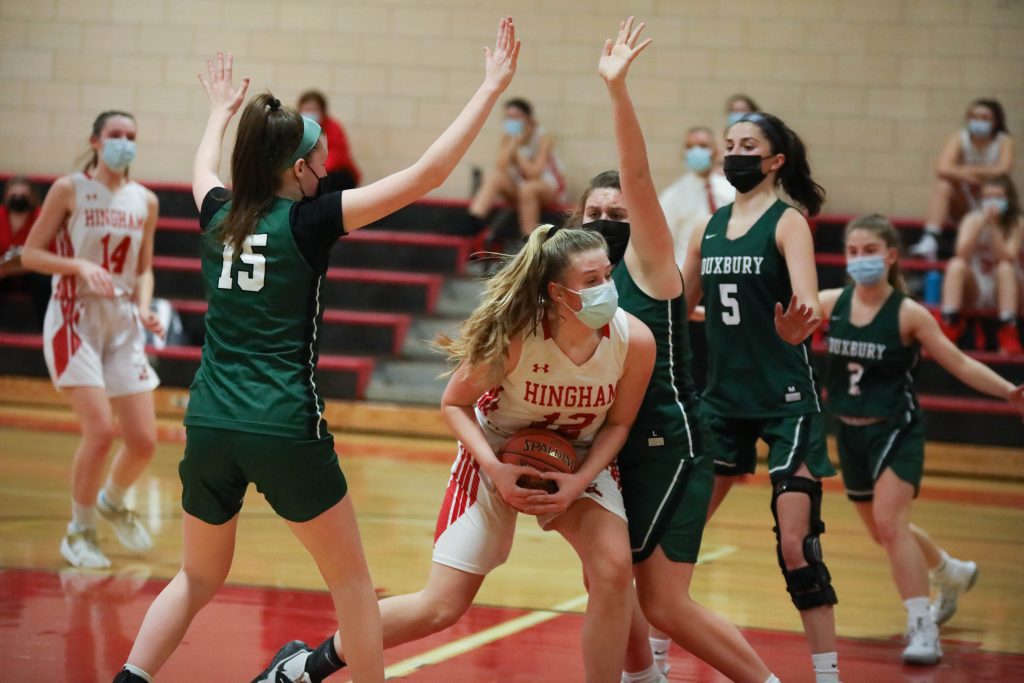 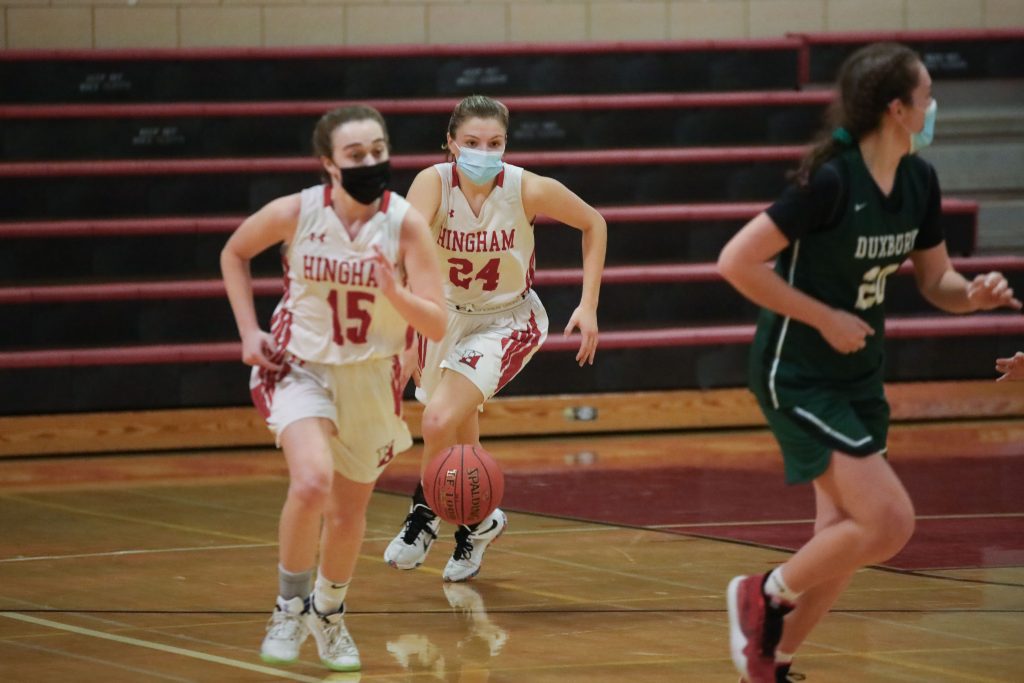 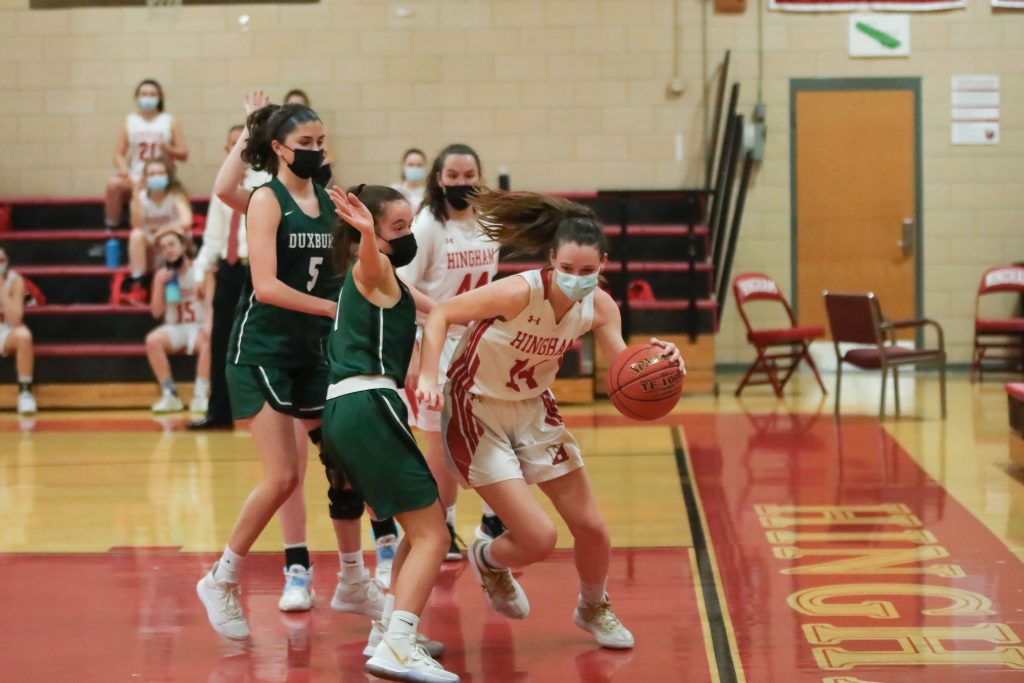 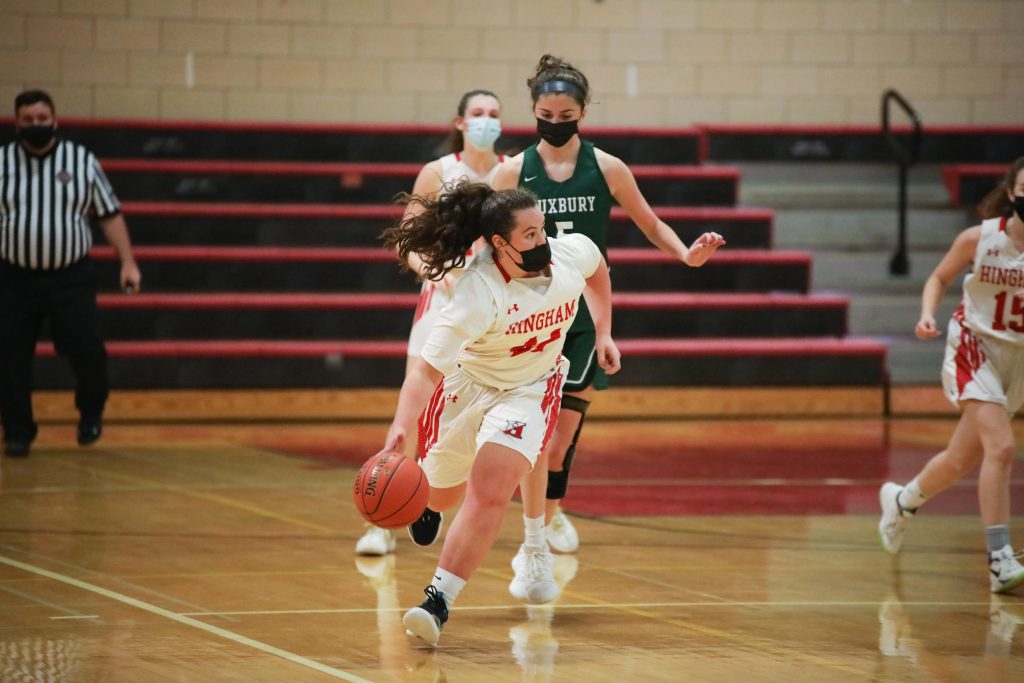