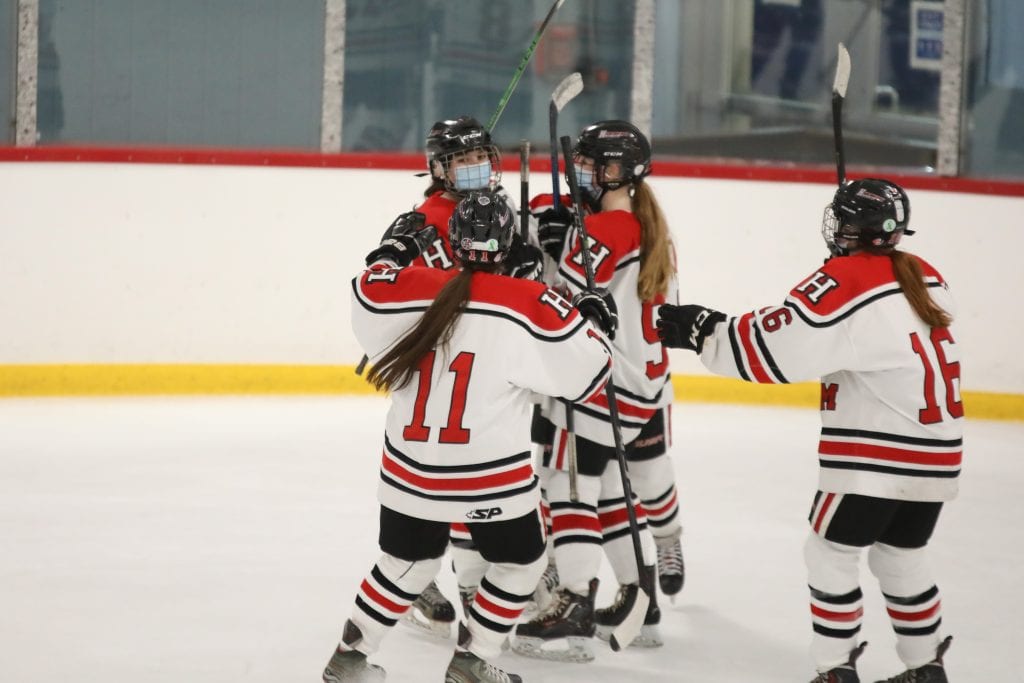 The Hingham girls hockey team has gotten off to a little up and down start so far this year.  After winning their season opener, they lost their next two games to Duxbury and Notre Dame Academy.  The Harborwomen were looking to get back on track on Tuesday afternoon against Norwell.

Hingham had their chances early but just couldn't seem to find the back of the net.  Again, junior Amy Maffei, who's in the net for the first time this season, made some big saves early in the first period.  Norwell did manage to sneak one by her to take a 1-0 lead.  Junior captain Kathryn Karo tied the game in the second, but the Clippers took the lead shortly after.  With a few minutes left in the second, junior Megan Moynihan put one past he Norwell goalie on a pass from freshman Isabel McCabe.

The biggest play of the game happened in the third when Norwell was awarded a penalty shot.  Maffei stepped up again making the save keeping the game tied at 2, which was eventually the final score.  She's now 2-2 on the season for turning away penalty shots.

As with all winter teams this season, their schedule is in flux.  To get the most update to date schedule visit www.hinghamathletics.com . 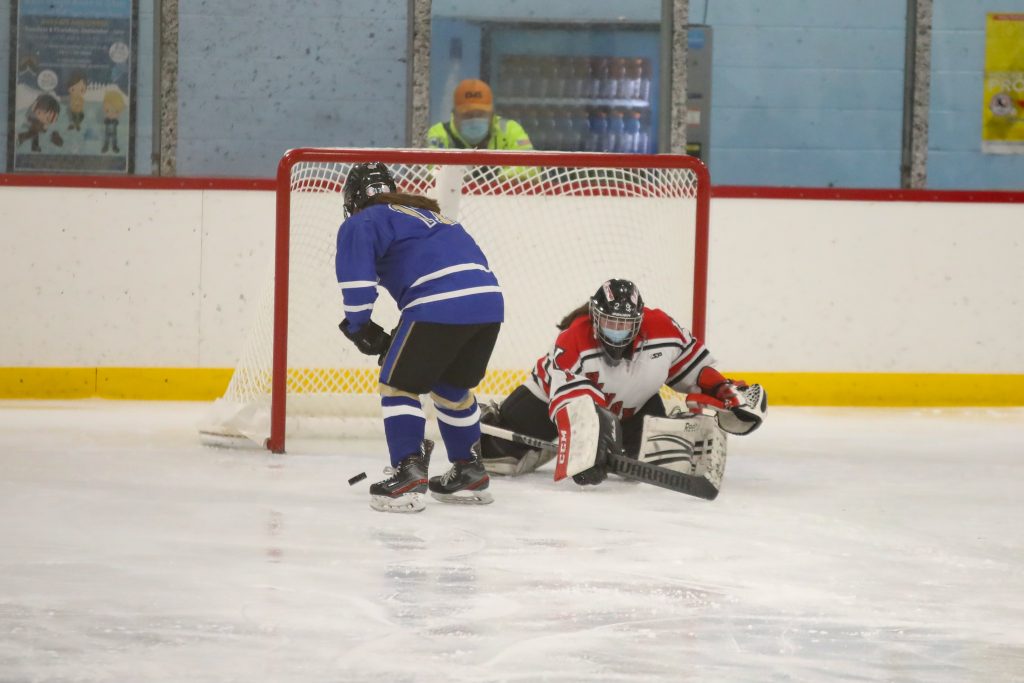 Junior Amy Maffei makes the save of the game on a penalty shot in the third period. 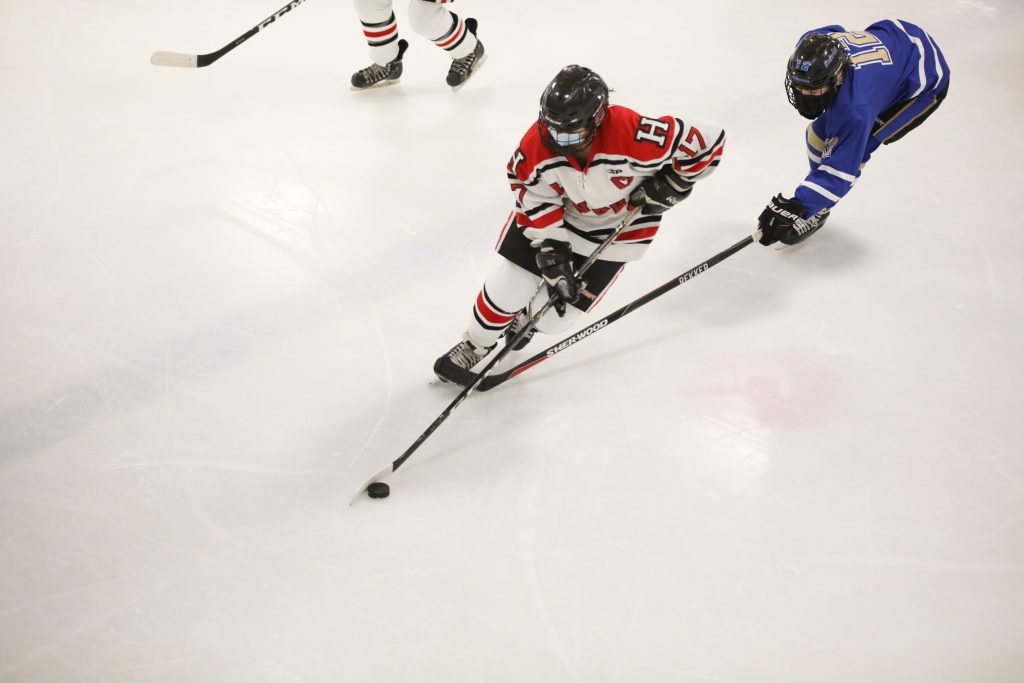 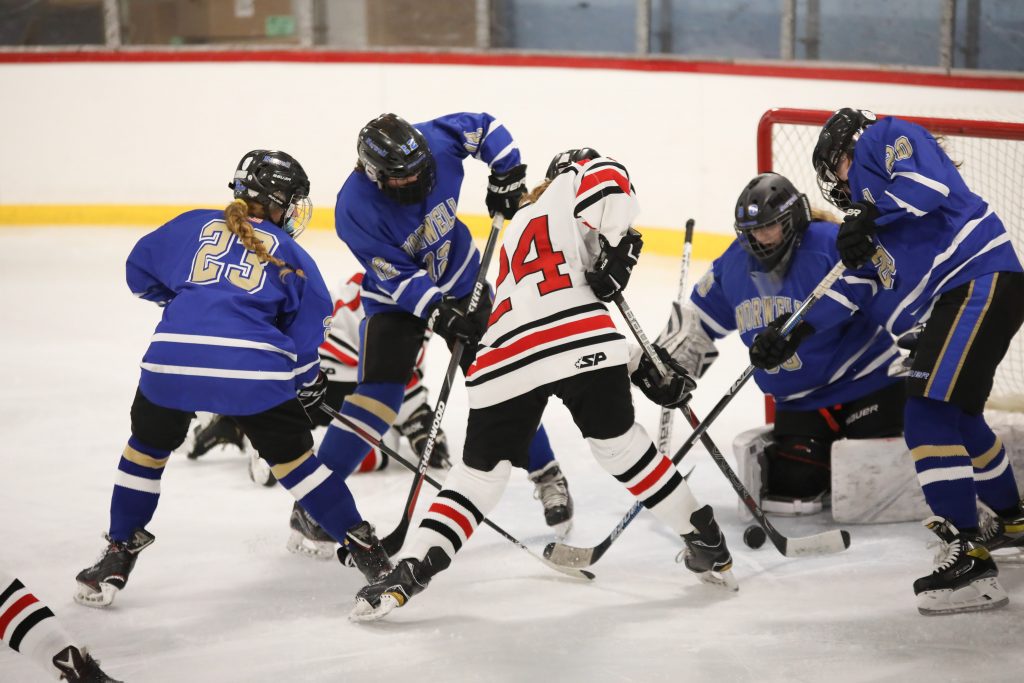 Sophomore Abbey Kennedy tries to put one past the Norwell goalie in the third period. 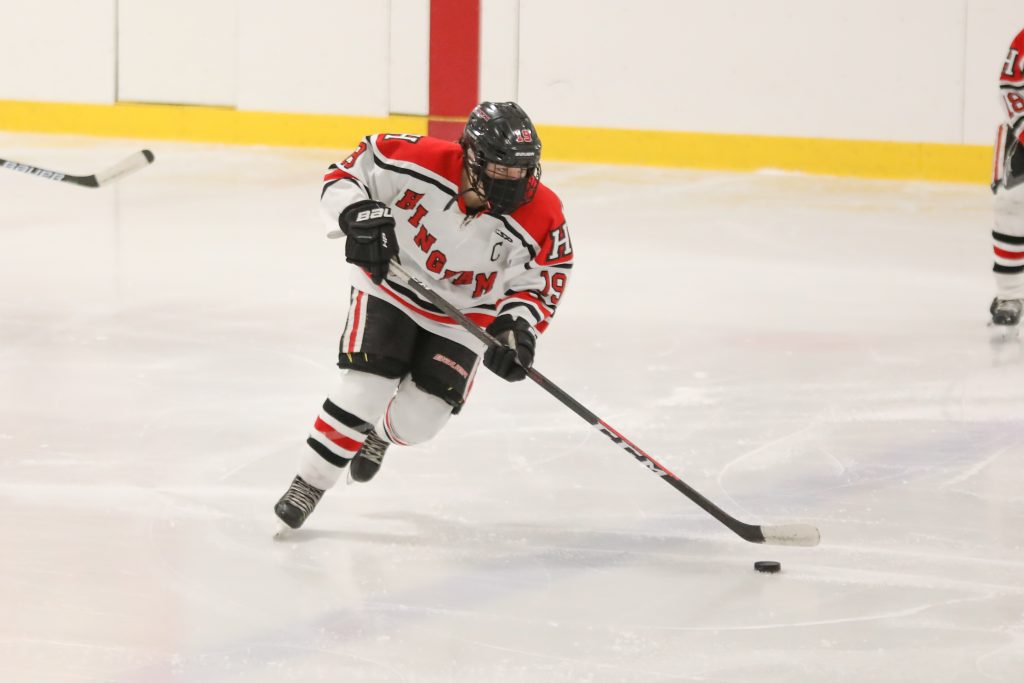 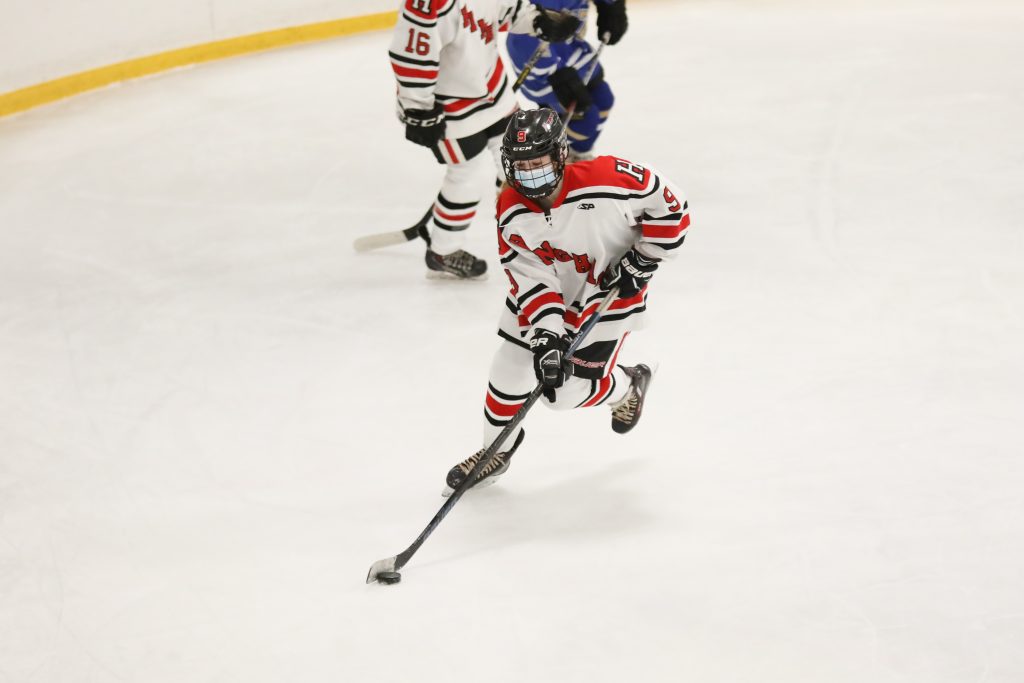 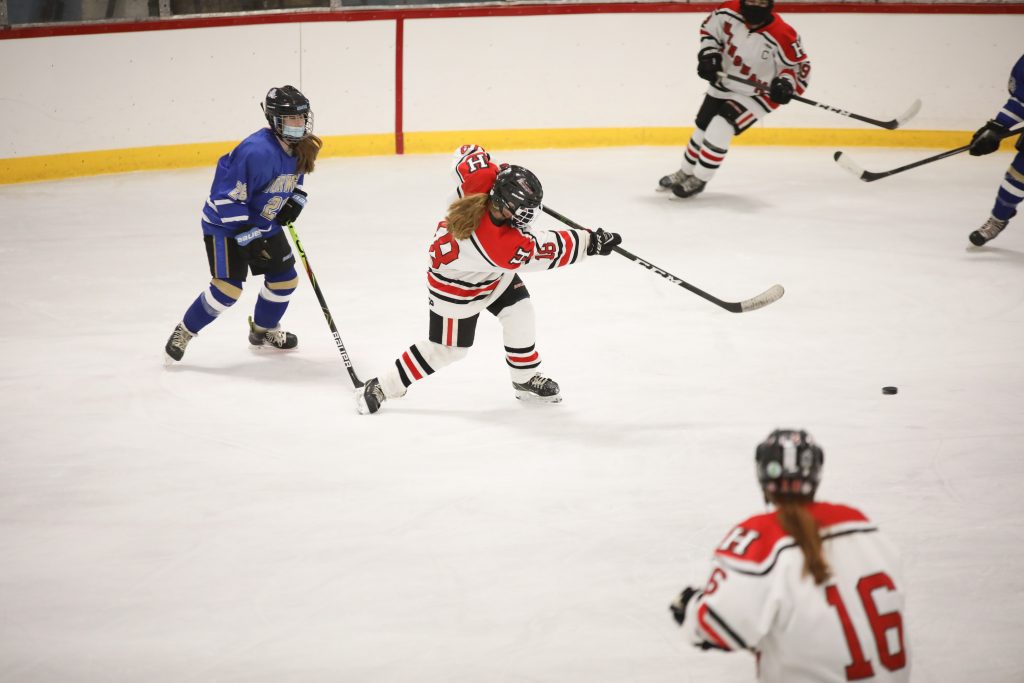 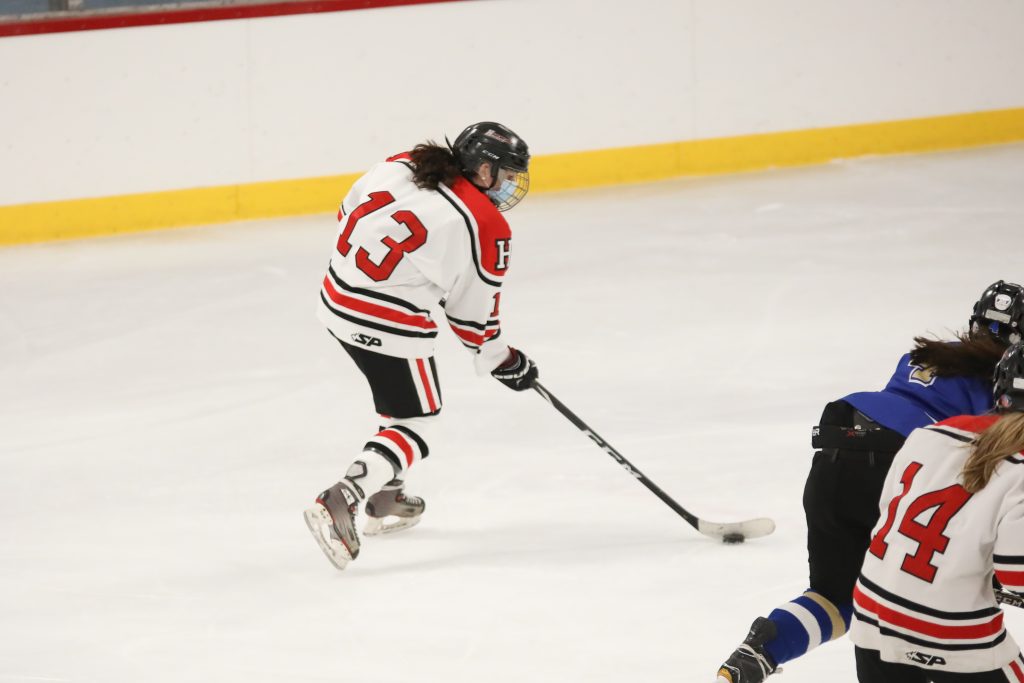 Junior Megan Moynihan looks to get her second goal of the game. 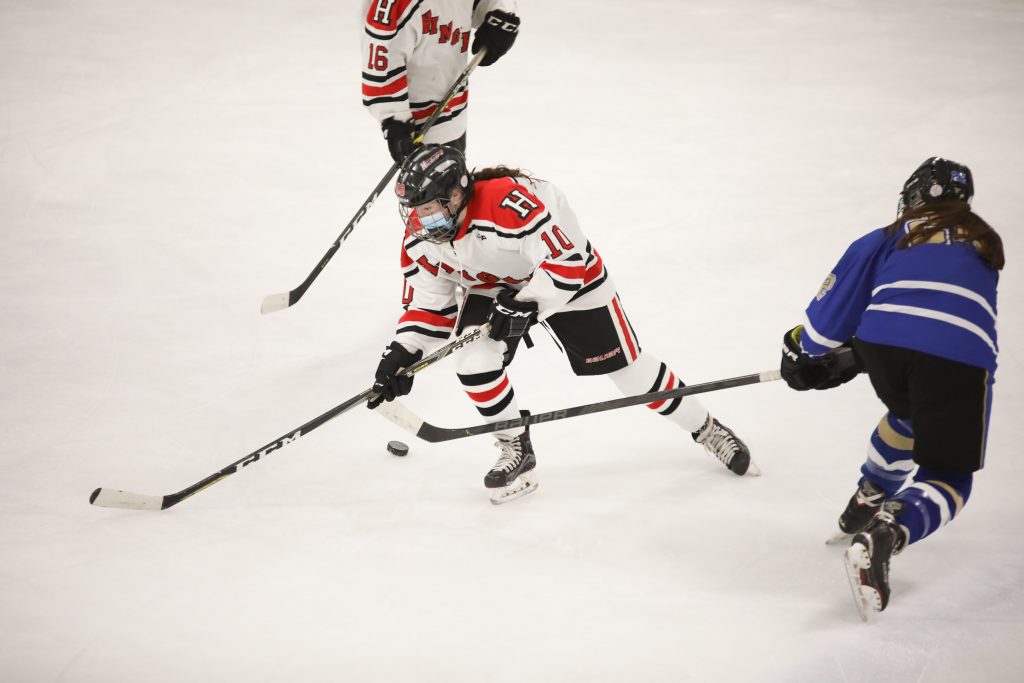 Junior Lilly Thrun clears the puck out of her zone in the second period. 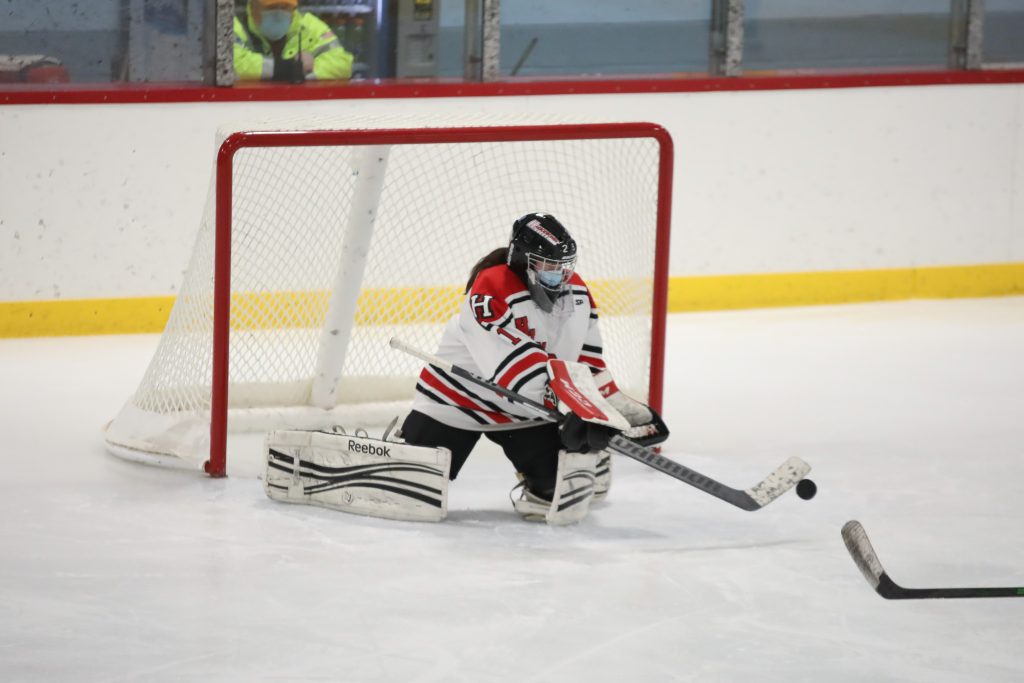 Maffei mades some big saves early including this one on a break away. 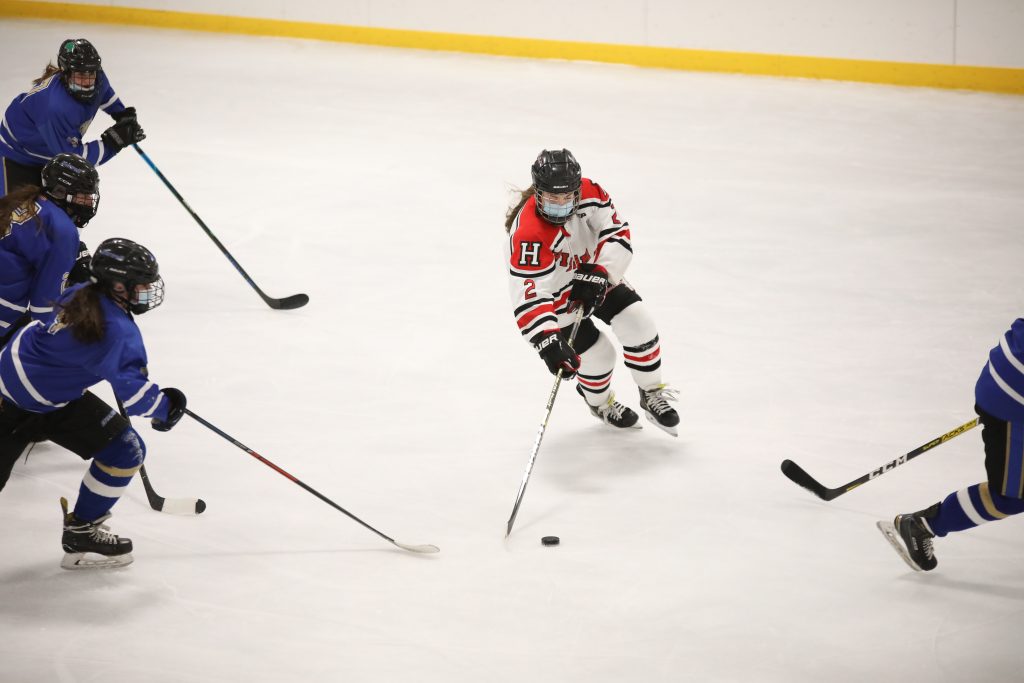 Junior Ryan Maguire skates by most of the Norwell team.