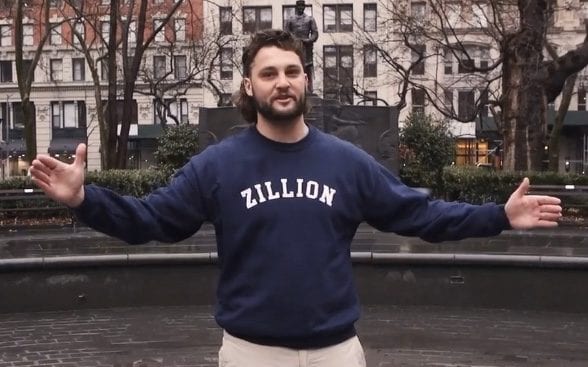 Dana Bahrawy, is an HHS 2011 graduate, senior video producer at Barstool Sports, and now the legend behind the #zillionbeers viral phenomenon that has raised over $100,000 for charity, including the Frates Family Foundation and the late Corporal Chris Orlando of Hingham. 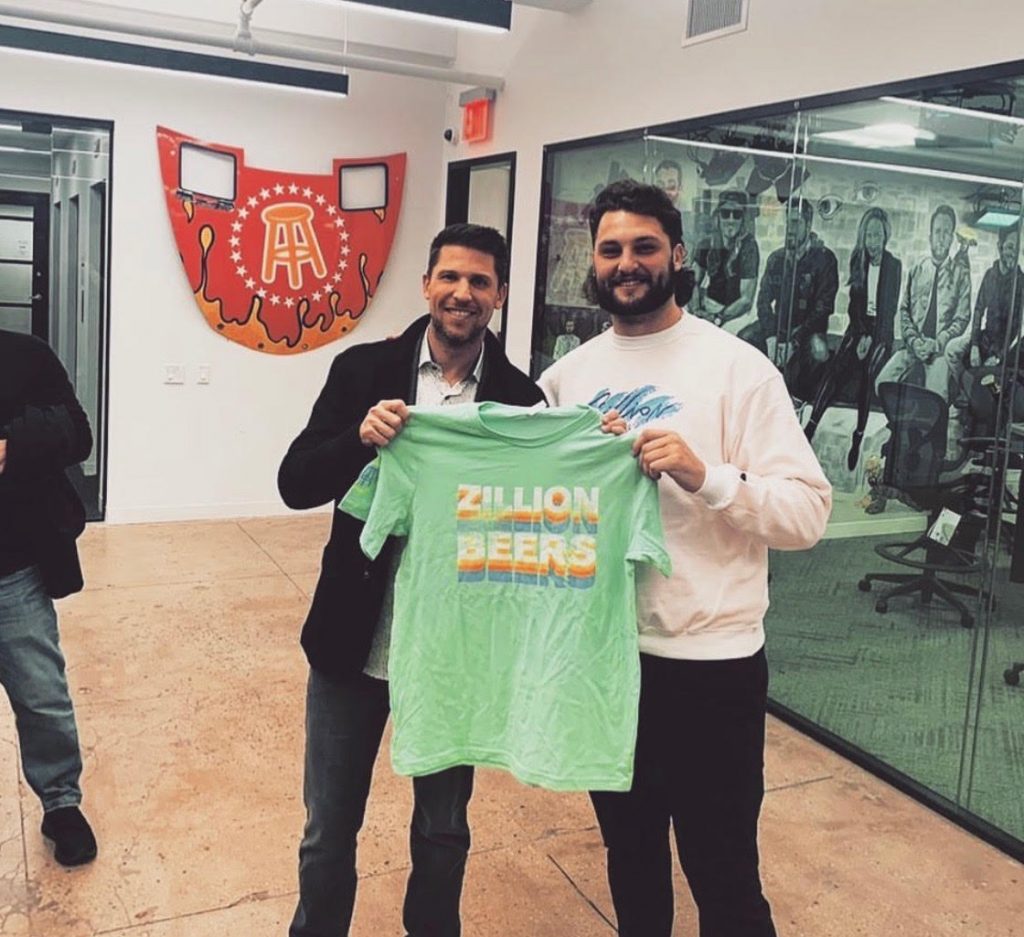 Dana recently found internet fame surrounding the tagline “Zillion Beers,” and while it may sound reckless, he confirms "it’s just funny and really not all about drinking."

“Zillion Beers” is the name of a team in the Hingham Softball League that plays ball in memory of their friend and Hingham legend - fallen marine, Corporal Chris Orlando.  Dana has friends in the league and always thought the term was hysterical, and he knew it had a ring to it.  With support from Barstool Prez, Dave Portnoy, the site trademarked the Zillion Beers name and started creating unique merchandise with the tagline.  To say it has taken off is an understatement. Last week, Portnoy challenged him to sell $1M worth of merchandise by the end of the weekend, and if he succeeded, he would personally give him $100,000.  Dana exceeded his challenge, selling more than $1.5M worth of merchandise and has donated all of his winnings to charity. 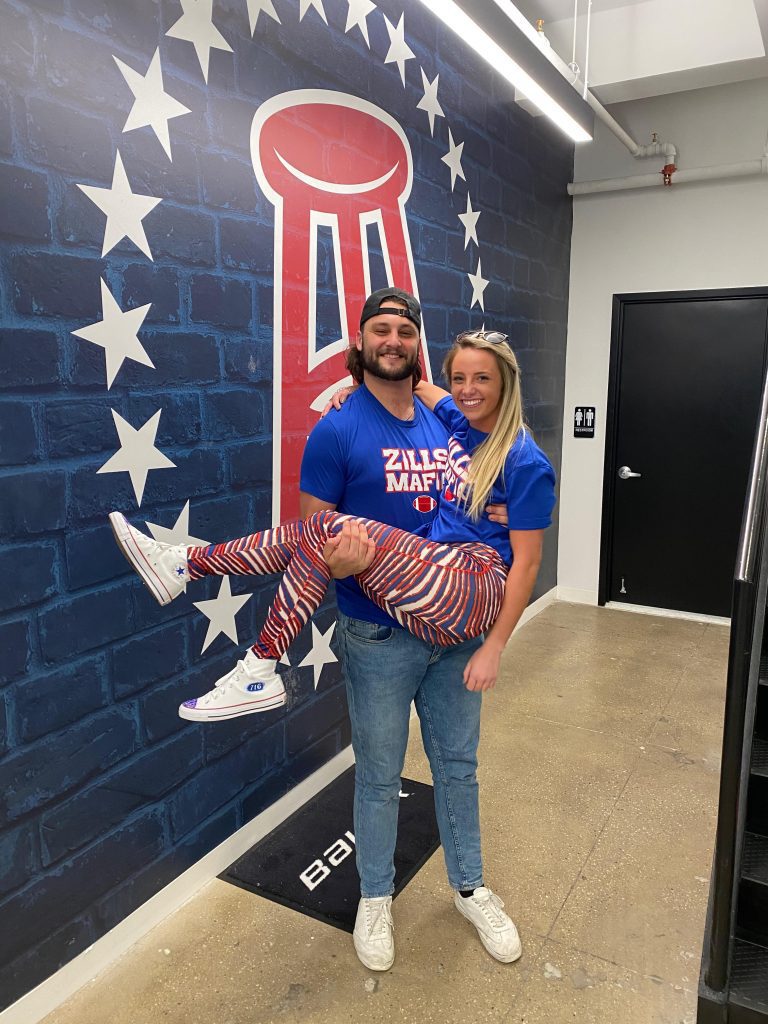 “To be able to use the Barstool platform to create something that enables me to give back to charities I care about is a unique opportunity,” shared Bahrawy. “It was never about the money for me, this has been an unreal experience and I’m just grateful to be able to help others along the way, including two legendary families - the Frates and the Orlando’s.” 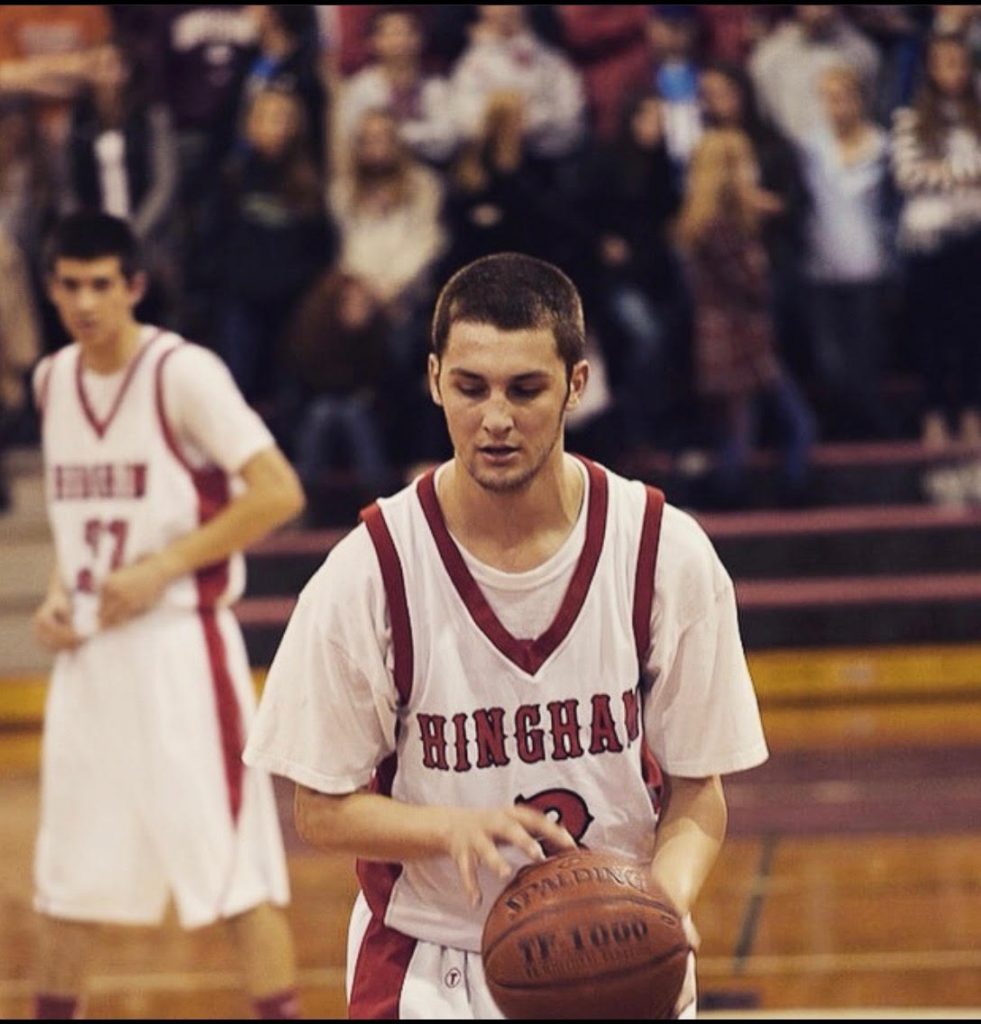 Dana moved to Hingham when he was fourteen. As you can imagine, moving to a new town as a Freshman in High School is intimidating, but he said thanks to sports, he was able to make life-long friends. And, while he now lives in New York City, he still thinks of Hingham as home. 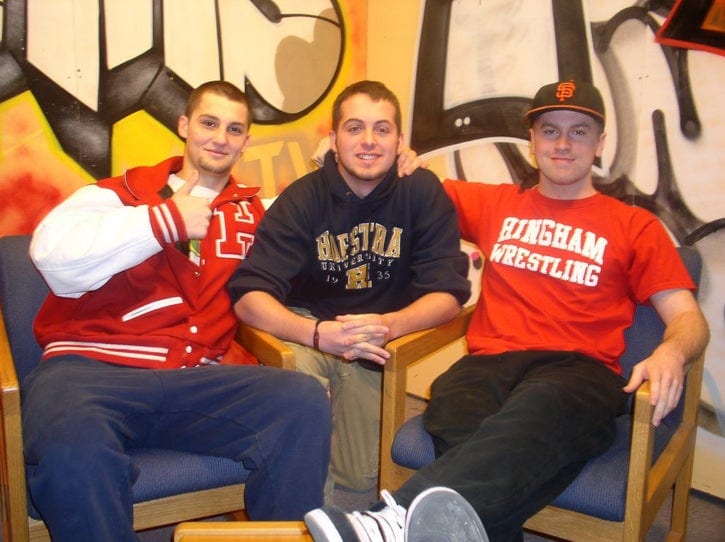 When Dana was a Senior at Hingham High, he and two friends had the opportunity to revive “The Friday Show” a weekly news program that aired on the Hingham High School news station WHHS-TV.  The show was nearing cancellation, but once they got the reigns they were able to bring the program back to life using comedy and a fresh perspective that had students and faculty glued.  It was then that Dana realized he had a passion for video production and the ability to entertain in front of the camera as well.   It was this passion that ultimately led him to Barstool Sports. 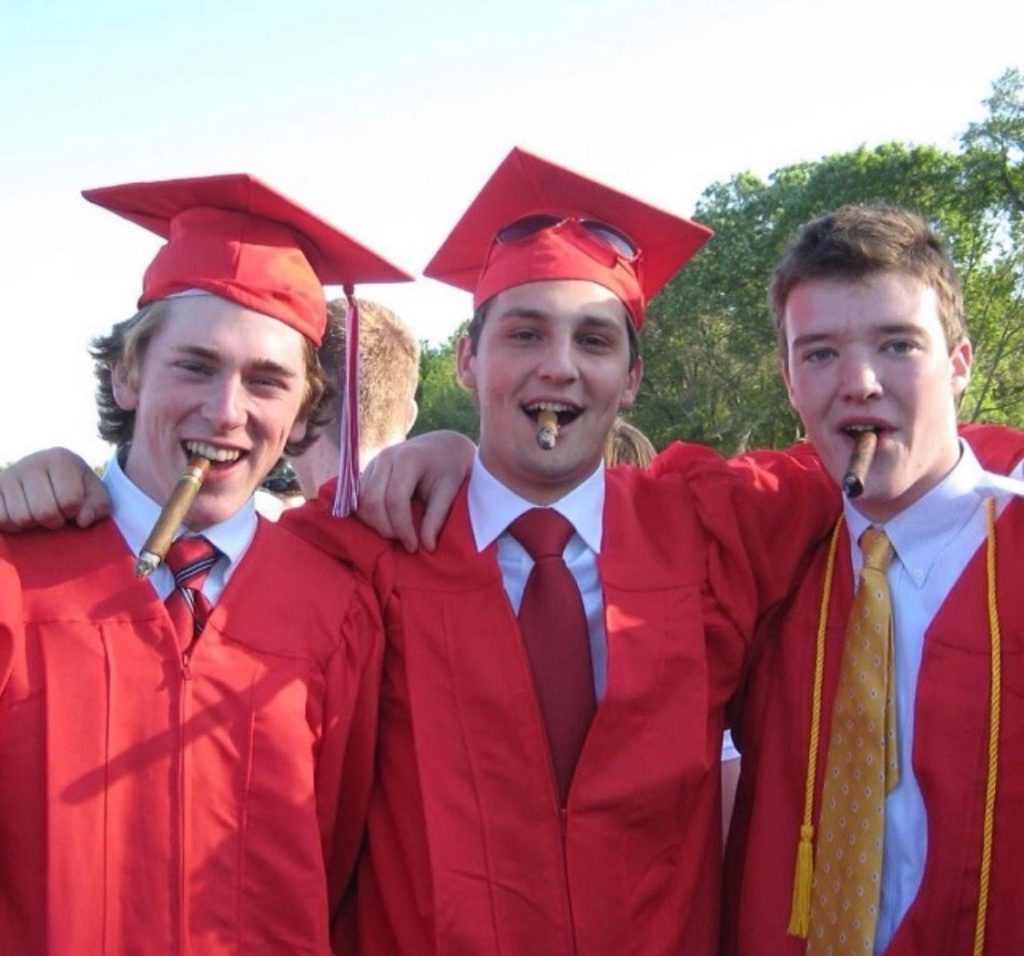 He said he landed the job at Barstool by reaching out to a friend from Scituate that worked at the website.  At the time, Dana was working a sales job in Boston that he admits he was terrible at.  As a fan of Barstool from the beginning, he figured it was worth a shot, and he sent his friend some “Barstool-esque” videos that he made in his free time.  Luckily, they appreciated his humor, and he proved that he understood the tone and target of Barstool Sports. He was offered an unpaid internship, which he took a chance on.  He quit his job, took the internship, and two months later found himself moving to NYC to become a full-time video producer for Barstool Sports - his dream job.

When he's back home in Hingham his first stop has always been Sub Galley – may it rest in peace. His all-time favorite food was Sub Galley’s Gold Fever Calzone, and he’s trying to hunt down the recipe if anyone has a connection. His other favorite local haunts include Stars, The Snug, Crow Point, and he’s always up for a round of golf at South Shore Country Club. 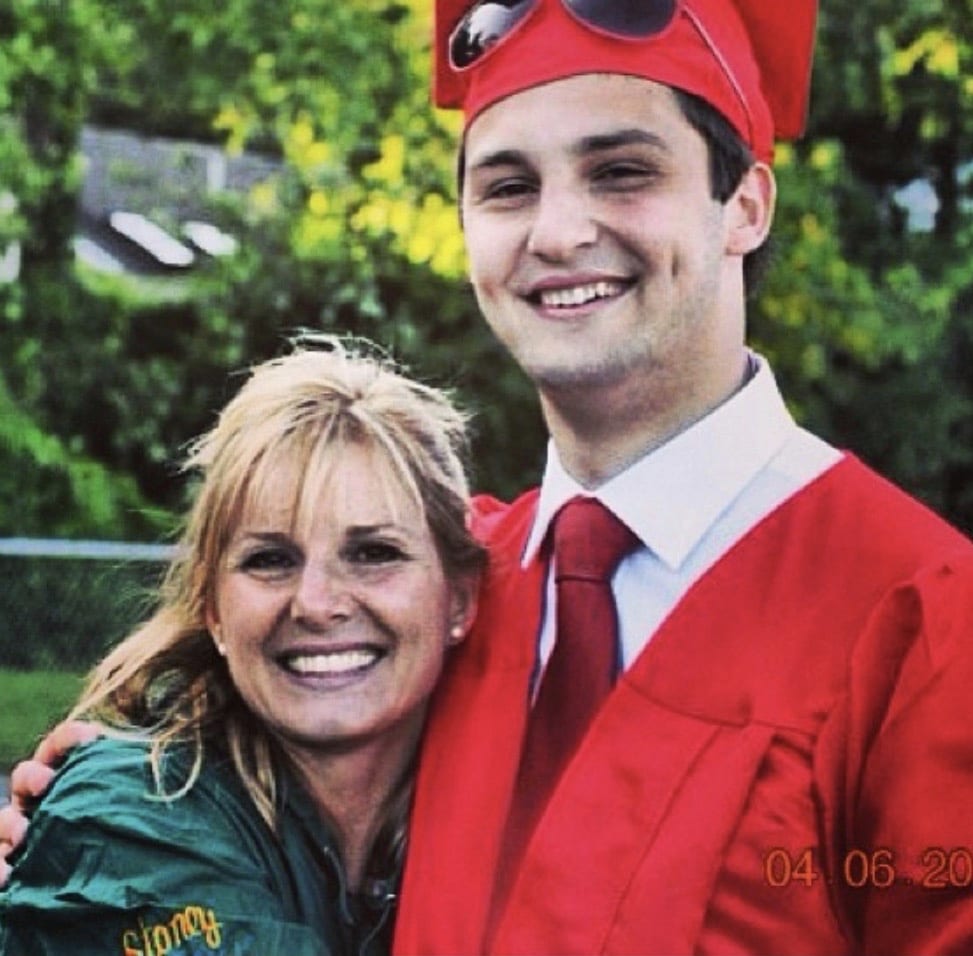 Dana Bahrawy and his mom at HHS 2011 Graduation

His favorite pizza? (One bite, everybody knows the rules) … he says would have to be Crow Point Pizzeria, but he admits he sometimes crosses town lines and heads over to CP’s Pizza in Scituate where his mom now lives.

You can find Zillion Beers merch here. You can donate to Dana’s GoFundMe campaign in memory of Hingham’s fallen Corporal Chris Orlando here.

A zillion cheers to you, Dana!