Nolan, who is the enthusiastic captain of the Hingham High swim team, shared what's behind the petition with the Hingham Anchor.  "First off, I want to say that the petition is in no way an attempt to allow [underage] drinking or to lessen the punishment. Anyone [underage] who is caught drinking absolutely deserves to be punished."

He went on to explain that he -- and the 306 people who had already signed the petition as of early afternoon Tuesday -- believe that the current punishment is unfair and targets athletes by taking 25 percent off of their sports season.

"The petition offers an alternative punishment," Nolan said. "The suggested alternative is community service, which would affect all students equally [including students who do not play sports], while ensuring that the student learns a valuable lesson instead of facing humiliation and embarrassment."

Nolan's goal is to collect as many signatures on the petition as he can -- "500 would be a real good show of support -- but I haven't set a true limit because my goal is to generate an overwhelming amount of signatures to show the school and the MIAA that the support behind the petition is very good," he said. "The people who have signed the petition so far are a mix of student athletes, parents, and various HHS club members. I think that regardless of whether or not you are on a sports team, people of all activities are starting to realize the unfairness and twisted purpose behind the rule. People have opened their eyes to the ideology of change."

Another main point of the petition, according to Nolan, " is that students should not be [afraid] of the police and run from them [related to underage drinking incidents that the police respond to], which can inflict greater harm. Instead, students should [feel comfortable] to utilize emergency services when needed to prevent a drastic injury caused by drinking."

When asked what prompted the actual petition beyond his concerns voiced above, Nolan explained that he has always felt that this rule didn’t serve its purpose. "Instead of preventing students from drinking, it unfortunately does the opposite," he said. "When athletes have been caught their parents felt so badly  that they were embarrassed, singled out, and humiliated by sitting on the bench. Parents felt they could not punish their child any more because the school had already done it so harshly, and any more punishment could lead their child into a dark place mentally."

Nolan shared that students he has talked with who have had 25 percent taken off their sport season "often say that if anything,  [that penalty] only worsened things. Students have told me how embarrassing it is to sit on the bench and have people watch you, knowing full well that they were caught drinking."

Nolan said such a penalty "damages a student's reputation and character, which is hard to overcome, and angers a student that only he or she, or a few others, received such a harsh, humiliating, and embarrassing punishment when they know they were not the only ones at the party."

One student who received the 25 percent penalty told Nolan that the humiliation endured from the suspension brought him into such a dark place "that he resorted to further violating the Chemical Health Rule," Nolan said. "He wished that instead of feeling abandoned by his sports team and the school that they had instead offered a punishment where he would be more inclined to learn a lesson while still participating in his sport."

That same student also argued that his participating in his particular sport often kept him out of trouble and that the same was true for many other students.
Nolan also voiced concerns that with some incidents involving underage drinking,  "only a few students were punished. . . . I also learned [earlier] that only athletes were targeted by this rule. I thought to myself, why isn’t there a rule that does not involve sports so that whoever is caught will serve an equal punishment, and the school might be more willing to hand it out because it was not as damning to that student's sports career?"

Nolan is advocating for an alternative community service requirement because he believes suspension from a student's team can lead to a "downward spiral."
On the other hand, he said, "Community service would force a student to effect change in our local community and help make up for their mistake. Community service is known to reduce anxiety and to provide a sense of purpose -- as opposed to abandonment by a sports team -- and can combat depression. The current rule is known to do the exact opposite."

When asked if he thinks a new community service rule would lessen the punishment for underage drinking, Nolan responded: "Of course not! The punishment would still force students to do a certain number of community service hours. One Facebook user commented that if caught, students should have to do community service on Saturday nights for a set period of time. My classmates will not like that one, but that would be a great compromise with the school because it would deter students from drinking while they are also learning a valuable lesson from their mistake. This punishment would be less humiliating but would give students a chance to do something good in an attempt to make up for their mistake."

When he asked to confirm his reasoning behind thinking the current rule targets athletes, Nolan had this to say: "Currently the rule only affects athletes because it states that [underage students caught drinking] lose 25 percent  off their season," he said. "I have heard the school does take away prom, but that students often play a sport they do not care about or have never played to serve their punishment and then go to prom."

Nolan went on to explain that if a student is involved in a play, he or she does not lose any performances. In his opinion, "the rule also assumes only athletes are drinking, which I know is not the case as I have learned from talking to some drama club students. They honestly laughed and said that it is probably pretty balanced between the percentage of athletes who drink and any other high school student. The bottom line should be that all students must follow the same rules, like any other rules at Hingham High, and that you are not discriminated against or punished harsher because you are an athlete."

When contacted by the Hingham Anchor about the petition and the current HHS/MIAA rules, School Committee Chair Michelle Ayer responded that the committee "understands there is a student petition being circulated for signatures but no petition has been submitted to the School Committee (or to school administration, as far as I know) for consideration."

Supt. of Schools Paul Austin confirmed that school administration "has not received the petition for consideration as of yet."

When asked to weigh in on the overall subject of underage drinking, Police Chief Glenn Olsson said he believes the underage drinking problem in Hingham "is a serious issue and always has been. The loss of the life of a young adolescent is a tragic loss. Many adults can cite incidents of school friends who died as the result of reckless behavior where alcohol and drugs were involved."

Olsson noted that the results of the portion of the youth risk behavior survey administered to Hingham middle and high school students related to the use of alcohol and drugs  "are significantly higher than surrounding towns."

He also pointed out that many adults "are consumed with drinking at public events" and that tailgate parties that include liquor at sports events and concerts send the wrong message to our youth.

Growing up and becoming responsible adults brings about changes, Olsson said. "When you sign a pledge [not to drink] and read the rules and then violate those rules there is a consequence. Students are aware of the MIAA rules and are familiar with the consequences."

With regard to times when the Hingham Police respond to calls about underage parties, Olsson had this to say: "Don't blame the police. If for example there are 40 kids at a party, we can't chase all of them. Some get away."

Olsson said he doesn't think community service would serve as much of a deterrent.  Rather he would encourage a required educational program related to the dangers of using alcohol and drugs and risky behavior that has a parental component. 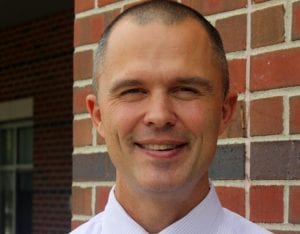 The "Chemical Health Rule" does not belong to Hingham High School alone. The Massachusetts Interscholastic Athletic Association (MIAA) established this policy more than a decade ago, and it applies to all member schools across the state.

As a member of the MIAA, HHS must abide by all of its policies. The rule is designed primarily to encourage student athletes to make healthy decisions, avoiding drugs and alcohol. The details of the rule are outlined on the MIAA website and in our Student Handbook, which is available on the HHS website.

In an effort to hold all students (not just student athletes) to a similar standard of behavior outside of school, HHS has enacted a policy that impacts students' participation in other extra-curricular activities besides athletics. So, while a student-athlete (on a first violation of the "Chemical Health Rule") would face a suspension from 25 percent of his/her team's games, other students would similarly face a two-week suspension from other extra-curricular activities.

Underage drinking is a major problem in our community. As a high school principal, I am eager to work alongside other community partners (parents, local law enforcement, other agencies, etc.) in confronting that problem. In doing so, all of us at Hingham High School will continue to explore new strategies and consider ways that our policies could be more effective. However, we need to work within the constraints of state laws and other regulations, including the MIAA's "Chemical Health Rule," all of which strive for the same goal: keeping young people safe and healthy.