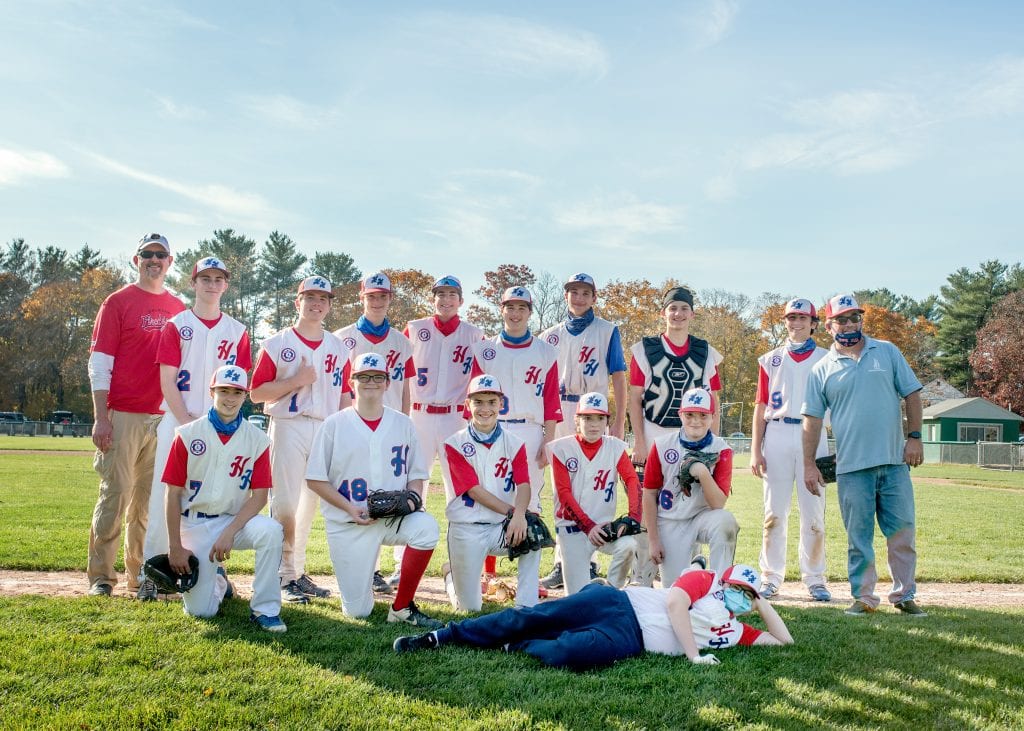 Hingham/Hull Babe Ruth placed a team in the Metro South Fall League. We were comprised of 13-15 year old players, for a total of 16 participants. Our team played in  doubleheaders on Sundays from a league where 22 other towns and AAU teams participated. We played a 12 game season and played one extra game against an AAU team not in the league.

We qualified in the #2 position for our Division and had a bye game for the playoffs.  Our Semi-final game was against Rockland and was played at L street in Hull. We won that game 2-1. Ned Coyne pitched a 6-inning shutout. We had great defense by all, led by Jake Schulte, Ethan Rickard and Connor Hipp. Jeremy Aylward filled in as catcher and Jake Schulte closed the game out in the 7th inning.

We played the Championship game against the #1 seeded East Bridgewater team and played them at Strong Field in East Bridgewater. Jake Schulte pitched a complete game, allowing 2 runs. Everyone contributed on the offense as we stole 12 bases and had timely hits. The offense executed a Safety squeeze with bases loaded. Matty Angelis executed the bunt up the first base line. Mykolas Ruth scored from third and when the East Bridgewater team crashed they made a tough throw to first that was not caught. This allowed 2 more runs to score and Matty hustled to third base. We then played error free defense led by Teddy Swanson, Max Moraites, Zachary Griffin,  Ethan Rickard and Jeremy Aylward. Chris Swirbalus caught a great game with no passed balls and intimidated the other team into not running.  The final score was 10-2 Hingham/Hull. The full roster is as follows: