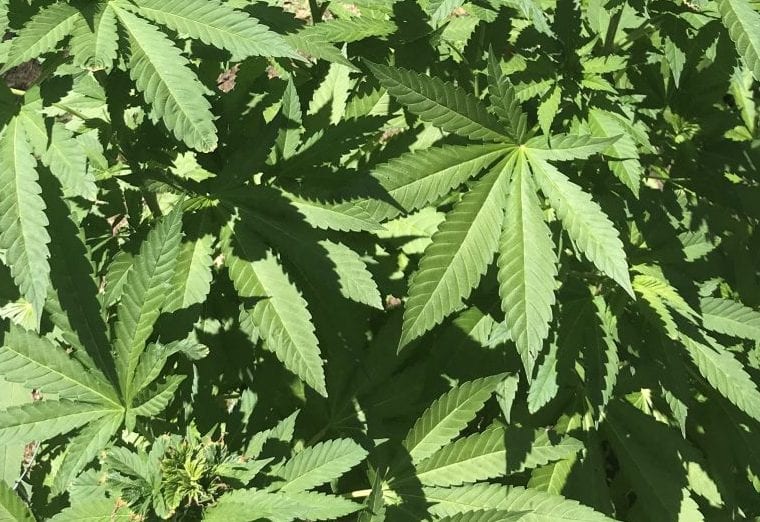 Two Hull medical marijuana dispensaries -- one already approved, and the other recently proposed -- are expected to attract patients from neighboring communities, including Hingham.

In both cases, a patient's doctor or other healthcare professional would be expected to prescribe medical marijuana or make a recommendation that it be prescribed.

"Construction on the space is underway, and we've heard from some people who are interested in applying for work," ACS President and CEO Stephen Werther told the Hingham Anchor. "We'll probably start hiring in a couple of months."

According to Werther, ACS's goal is to help patients find "the right strain of medical marijuana for their particular needs," with assistance from patient care advocates.

No cultivation is planned for the Hull site. ACS operates a state-of-the art facility out of Bridgewater, where the company cultivates, produces, and dispenses medical marijuana. Delivery service from the Hull site will be provided to patients in Plymouth, Bristol, and Barnstable counties.

"We already make deliveries to patients in Hingham, Hull, Marshfield, Scituate, and Weymouth from our Bridgewater facility, and we're looking forward to opening the Hull dispensary at a location that's closer to these communities," Werther said.

The other dispensary, the proposed Latitude 42 -- a "boutique" medical marijuana research, cultivation, and care facility -- is proposed for the former aquarium building at 120 Nantasket Ave. near the beach, also located in Hull's marijuana overlay district. The Hull community is divided as to whether or not a second marijuana dispensary should be allowed.

The proposal calls for repurposing the entire building and improving the exterior, with input from town officials and local artists to transform the deteriorating facade into something that becomes part of the town fabric.

The state licensing process requires project proponents to negotiate a host agreement with the community -- through town officials -- in which the dispensary would be located. A host agreement is a signed document that lays out the rules of operation, including the town's share of company profits.

The Latitude 42 proposal will also be reviewed by the Hull Planning Board, which can attach conditions if approval is granted.

Performing community outreach, and listening to and addressing town officials' and residents' concerns, is key to the approval process -- as well as considering parking, traffic, and safety and security issues, possible impacts on neighboring property values,  and in Hull's case, determining whether there's a "need" for two medical marijuana dispensaries in such a small town.

"Our vision is to set a new standard in cannabis research development and care and to help improve the community," said Latitude 42 Spokesperson Dot Joyce during a recent Hull public meeting. "It's also to provide medical marijuana to athletes looking to improve their performance with natural products, those suffering from Parkinson's [and other health issues], and helping people age well."

Medical marijuana has also been recommended in some cases to help ease pain, manage chronic conditions, and reduce short-term levels of depression, anxiety, and stress. However, each patient's situation is different, and specific results are not guaranteed, as research as to its effects is still underway.

If the Latitude 42 proposal is ultimately approved and granted a license by the state, Joyce told the Hingham Anchor that this  convenient location will serve "patients from the region who are vacationing in Hull or visiting family, who will find it easier to pick up their medication there, rather than at the dispensary where they typically go." The business would also provide additional jobs to local residents.

When asked by the Hingham Anchor to comment for this story, Hingham Police Chief Glenn Olsson had this to say: "There is still a lot of data being collected regarding youth and marijuana that shows an increase in usage and a rise in the number of motor vehicle crashes involving impaired driving.

"In addition, the 'black market'  remains as active as ever," Olsson said, even with the availability of medical and recreational marijuana, which is legal in Massachusetts -- with certain conditions placed on its use, including no public smoking.

Olsson is also concerned that he has spoken "with numerous individuals who only use marijuana they say they get from their friends who have medical marijuana cards."

Latitude 42 is committed to annual funding of programs to help discourage substance abuse and that provide related education about this issue, working with the Hull community to determine the most effective way to accomplish that goal.

Back to Alternative Compassion Services, the range of other prescribed products the dispensary plans to sell are concentrates and edibles -- including soft chews, cookies, and brownies containing marijuana.
"All our edibles will be made from scratch," Werther said. "Some people want to smoke it and others want to eat it -- it's about finding the right methodology for each patient."

As is the case with Latitude 42, if its proposal gets approved, ACS intends to work with the Hull community to provide educational programs related to substance abuse.

ACS has already made a financial donation to the Anchor of Hull recovery program and to food pantries and animal shelters in other communities it serves. "We're happy to work with non-profits in Hull, Hingham, and other towns in ways that we could help these communities the most," Werther said.