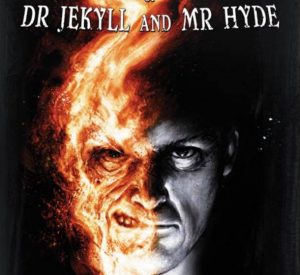 Ushering in the Halloween season, an original adaptation of the classic Gothic horror story “Dr. Jekyll and Mr. Hyde” will be presented at 8 p.m. tonight (Friday, Oct. 16) in a Zoom-based live production on Facebook. The link for the viewing, and for more information, is https://www.facebook.com/events/1252518668444131.

The drama—the seventh Zoom Live presentation by Abbynormal Productions—has been adapted by Abbynormal’s Sean Sederholm from Robert Louis Stevenson’s 134-year-old story, a tale popularized in many forms since then. The tale of terror is perhaps not as surprising in 2020, but this new version still holds shocks aplenty.

“Dr. Jekyll and Mr. Hyde” is Sederholm’s second adaptation of a Gothic horror story during this time of Covid. The first was Bram Stoker’s “Dracula,” for which an encore Zoom performance is scheduled on Facebook live on Oct. 30.  Both adaptations are part of a larger, overarching project called RosettaVerse, in which classic and original works and characters interact.

The RosettaVerse project takes inspiration from classic cinematic versions of these well known tales over the years, as well as influences of various “shared universes” in fiction (such as the Universal Classic Monsters Series ( of which Sederholm is a life long fan.) The various horror classics come together to add their own unique elements—faithful to the spirit of the texts, while adapting them through a modern sensibility. Taking up the Victorian mantle of Stevenson, Stoker and Oscar Wilde, among others, has been daunting—but also an incredible adventure! Join us tonight for some fresh Halloween season shocks.

Well…. we warned you.