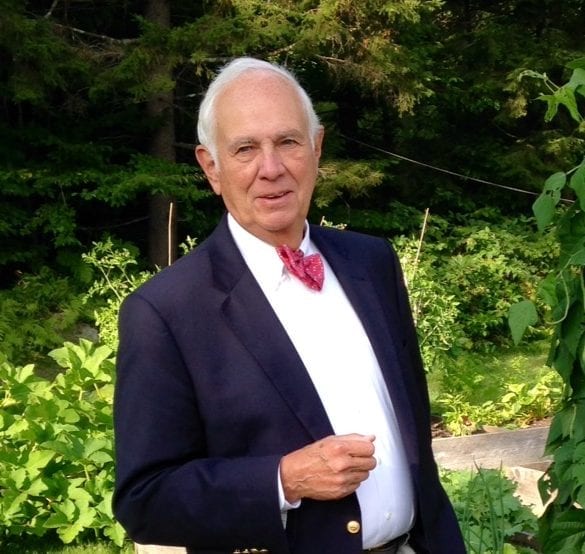 I’ve previously written several articles on the Aquarion purchase. Initially, I was an opponent to the Aquarion purchase. Subsequently, I reviewed regulatory filings and Town and Aquarion prepared materials. I became an active participant in recent Hingham public meetings. I characterized myself as “in the middle” seeking to maintain an open mind on the purchase. If you’ve taken the time to inform yourself I know you know it’s not an easy decision. There is merit on both sides of the argument.  Mostly recently, and with some reservation, I decided that I would vote for the purchase.

I think many voters believe their job is simply to vote. That’s it. However, in my opinion, it’s not the end, it’s the beginning, the consequence of your vote.

If the purchase proposal is rejected Aquarion will continue in its current role. Initial water rates are fixed by the recent PUC decision. Water rates will increase as Aquarion completes new water main projects (the water main project underway in Hull) or when Aquarion files a new rate case. The Public Utility Commission will retain jurisdiction over Aquarion providing a regulatory recourse. Aquarion’s proven operating competence should assure high quality water. Existing Aquarion employees should be assured of continued employment.

If the voters approve the purchase circumstances will be very different. Per Hingham’s counsel, upon town meeting approval the Town becomes owner of the Aquarion assets. Under state law, Aquarion is obligated to operate the assets until the Town is ready to complete the transaction. The Town will use a transition periodto complete financing, issue an RFP and select an operating company, hire a Water Supervisor, obtain DEP approval of the water asset transfer, permit the operator to staff the facility and complete a familiarization period. Only then will the town assume full ownership and operating responsibility of the water assets. I believe this transition period could be six months or more.

There is little disagreement the Town has a lower cost of capital than Aquarion. Therefore, the cost of future capital projects should be lower under town ownership. The question is, can the town successfully identify and hire an operating Company at affordable rates that will maintain the existing high quality water standards. As importantly, will the Town efficiently govern the ongoing operation? I have been persuaded by comments made by Hingham officials about the proposed transition process that the Purchase can and will be competently handled. That belief, coupled with the possibility of lower water rates and public ownership of the water assets has persuaded me to become a purchase proponent.

So, there’s the choice. Aquarion certainty or Town ownership uncertainty. If you are persuaded by legitimate arguments put forth by Keep Aquarionthen you should vote no. I, on the other hand, have decided to take what I might call a leap of faith and will vote for the Town to make the Aquarion purchase. I hope you will do the same.

1 thought on “OPINION: From Skeptic to Supporter; Yes on 10”