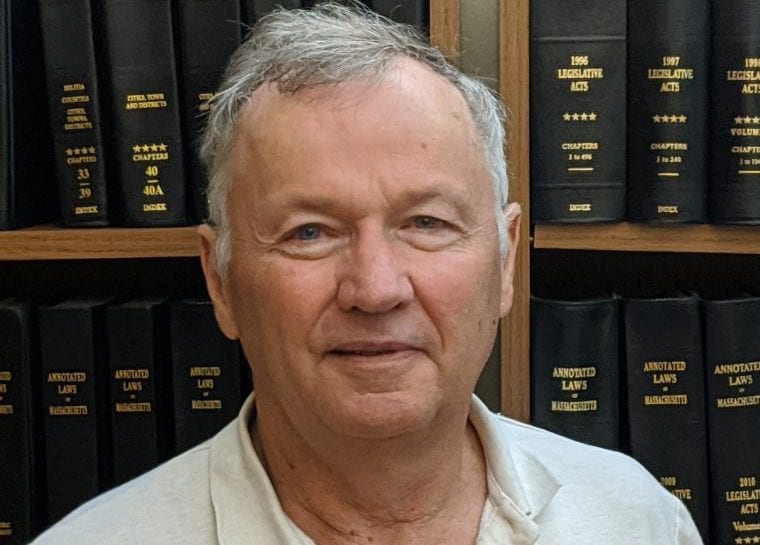 (This letter was submitted to the Zoning Board of Appeals)

Members of the Zoning Board of Appeals:

Thank you for giving the Hingham Affordable Housing Trust the opportunity to express our unanimous support for Habitat for Humanity’s proposed two-house development at 302-304 Whiting Street.   Before addressing the specifics of the project I will first provide you with a brief background on the work we do for the town.

The Hingham Affordable Housing Trust was created by vote of the 2007 Town Meeting.  The trust is one of several affordable housing trusts that work with Massachusetts and town agencies to preserve existing affordable housing and create additional opportunities.  These trusts first came into existence in 2006, with the passage of M. G. L. c. 44, §55C, and Hingham was one of the first communities in the state to step up to the plate to address the very real problems resulting from the lack of affordable housing in our communities.  Increasing the affordable housing stock benefits many different constituencies, including town employees, seniors on fixed incomes, and young families who are not financially secure enough to buy an average priced home here in Hingham.  The purpose of the Trust is summarized both in the statute and in the Article approved by Town Meeting, which is “… to provide for the creation and preservation of affordable housing in the Town of Hingham for low and moderate-income households.”

There is not enough affordable housing in Massachusetts, and statistically housing costs here are amongst the highest in the nation.  For example, the average cost of a single-family home in Hingham is approximately $813,000. Prices in Massachusetts have jumped about 23% since 2013, and even higher here in Hingham.  It goes without saying that this prices out many of our children and our seniors from home ownership.

Recently, Hingham reached the 10% affordable housing stock, which gives Hingham safe harbor protection from certain 40B development.   Hingham will likely maintain the safe harbor with the 2020 census, although that is certainly not assured.  The Trust and the Board of Selectmen have both publicly stated that this is positive for the Town, but it does not mean that we have enough affordable units in Hingham.  We do not.  The Housing Needs Assessment that we are currently working on with the Town, including representatives from Planning, CPC, the Board of Selectmen, and others confirms this fact.

The housing study confirms that there is a significant percentage of Hingham homeowners and renters who experience “high cost burdens”.  This means that they pay more than 30% of their income on housing costs.  For example, most of the approximately 1,500 Hingham households earning at or below 80% of the Average Median Income overspend on housing. (80% of AMI is about $81,000 for a family of four).  Therefore, there are seniors and young families in our community likely sacrificing health and nutrition needs and other necessities to pay for their housing.

302-304 Whiting Street came to the Trust through the Board of Selectmen and thereafter town meeting with the intention that affordable housing be located upon it.   The Selectmen took title to 302-304 Whiting Street as a condition of the 40B Comprehensive Permit that became Derby Brook. Although it was originally designated to be used for public safety the Selectmen decided that the lot was better suited for affordable housing.

Initially the Trust looked at renovating the existing structure.  After further review and much due diligence the Trust decided to better leverage the lot and seek permission to build up to three single-family homes on the site.  Opportunities like this are few and far between so we at the Trust were very excited to maximize the return for the Town.

We met with the Board of Selectmen and shared with them our vision for three single-family homes for the property.  After hearing from residents of the 40B Derby Brook development and other abutters, the selectmen rejected our request for three houses and instead supported a two-house project for the site.  Given that the property previously had two houses on it, it was a reasonable compromise.  We at the Trust agreed to scale back our request and support the two-house development.

The Board thereafter unanimously supported Habitat’s LIP Application with the State for two affordable housing units for the site.  The Department of Housing and Development approved the LIP and Habitat has now brought the project to you.  You have held four public hearings, heard from a number of interested parties, and had a peer review performed by an engineer.  You have performed your due diligence and we at the Trust ask you to vote for the proposed two-house project.

You have listened to the concerns raised by the abutters including the residents of Derby Brook at each of the four hearings. You required a peer review for a 2-house project by an independent engineer retained by the Town .  I believe it is fair to conclude that the abutters[AC1]  concerns were heard by the board and have been addressed in the peer review and waiver refinement.  In fact,i n response to abutters concerns the project was scaled back from a three single-family home project to a two single-family home project.

The comprehensive review by the experts has confirmed that this small, two-house project can be safely developed on the site.  The applicant has requested a modest number of waivers from the town regulations to build the two-house project.  The number of waivers sought by Habitat is dwarfed by the number of waivers granted to build the Derby Brook 40B.  Regardless, we believe that the concerns raised by the abutters played a role in the ZBA’s refinement of the applicants  waiver request and that the concerns raised have been addressed by the peer review.

In conclusion, I want to thank you for the detailed and thorough analysis and review you have performed on this small project.  The Trust enthusiastically supports the creation of two affordable housing units at 302-304 Whiting Street and we ask you to vote in support of the project.