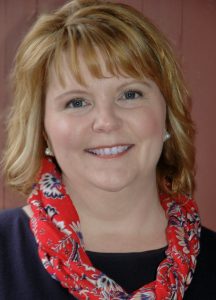 As a former Philosophy student at NYU in the early 1990’s I was intrigued how the cultural norms of the time sculpted the way society seemed to view the human condition.   While in essence I was locked away in a classroom dissecting the human condition many historic events occurred that were hard to reconcile with my view of the world which at the time was greatly shaped by people like Thomas Aquinas, Descartes, Plato, and one of my favorites Mary Wollstonecraft.

I had my “aha moment” as Oprah calls it in early May of 1992.  I was working on finishing a paper on Plato’s Republic while my dorm was in lockdown due to the Rodney King Riots in New York City.  My dorm room window faced Broadway and I recall seeing protestors march down the streets shouting, “No justice, no peace”.  While other students found the lockdown rather inconvenient or wanted to join the protestors, I immediately knew I had to change my entire paper to examine the riots using the Platonic method. This meant asking questions, extracting old ideas and replacing them with new more novel ways of thinking.

I realized that the elusive “truth” I was seeking as a Philosophy major was more likely to be found on the streets, pubs, and random haunts of New York City than a 400 page book that was translated from Sanskrit.  While I leaned on the familiar, running NYU’s Gaelic Society, I was intensely drawn by those who had different opinions, experiences and world views.  Those who were somehow marginalized or misrepresented offered a refreshingly obscure vantage point to examine my own beliefs and actions.

In the words of one of my favorite grumpy old men Winston Churchill “Kites rise against the wind, not with it”.  I, in short, was seeking the wind.  Looking for the awkward places we don’t speak about and hoping to foster a mindset that would be able to somehow balance the tension that seemed to eternally be driving division in our country.

I had no idea in 1992 just how fast and hard the wind would blow.  Much has changed in our society since the early 1990’s.   According to the Pew Research there has been a significant shift in political polarization in the U.S. from 1994-2017.  By 2017 the divide had drastically shifted toward two extremes of both the liberal/ conservative scale.  I don’t think anyone needs Pew Research to tell them the state of our most beloved “perfect union” is being severely challenged.

While I listen to passionate arguments from friends, colleagues and so-called political pundits on many complex and nuanced issues I often find myself listening more to how they speak than the facts they are seeking to share.  Perhaps we have all grown a little weary of “facts”, political polls or don’t even know how to get reliable accurate news anymore.  Despite significant scientific and cultural advances, I would argue that the human condition has not significantly been altered from when man first forged stone tools, created complex languages and drew on cave walls over two million years ago. The human soul seeks to be heard, respected and valued.

While people may disagree with how best to govern our country let us, the good people of the United States, be led by the Latin motto “E pluribus unum” which translates to “out of many, one”.   This statement does not ask us to agree, does not encourage you to change someone’s mind but perhaps does ask us to remember that only out of many voices’ can harmony be achieved.  As Winston Churchill said the kites will only rise going against the wind NOT by going with it.

In the days to come the fog of partisan war will be thick.  Both parties will be sending heavy fire to knock our his, or her, opponent.  I encourage my fellow American’s to ask questions, seek new ways to solve old problems and never let the current political climate override our shared humanity.