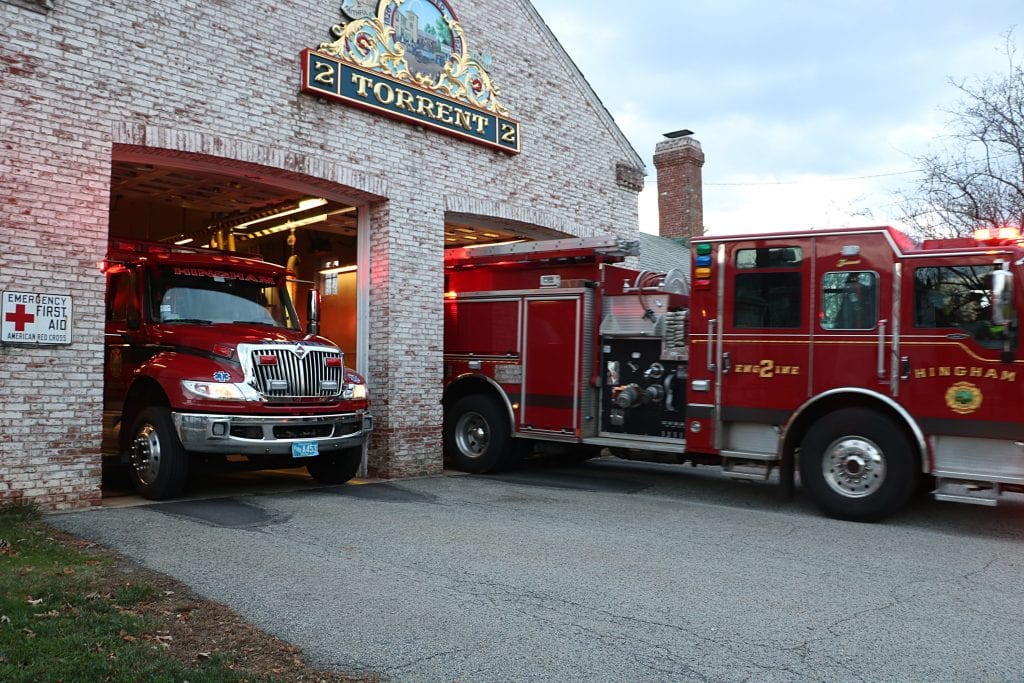 At the Saturday, Nov. 21, Special Town Meeting, citizens will consider a warrant article asking for approval to move forward with the $5.5 million purchase of a parcel of land at 335 Lincoln St. for potential use as a new combined Hingham Police and Fire Department public safety building.

The Special Town Meeting will take place at noon on the multi-purpose field at the high school. The rain date is Sunday, Nov. 22 at the same time. If the weather is inclement that day, the meeting will be held inside.

Warrant article approval would pave the way for the outgrown Senior Center to expand into the space currently occupied by the police department. A two-thirds vote is required for the article to pass because a borrowing is involved.

The cost of the project will not be the subject of a vote at this Special Town Meeting -- the most recent estimate is about $40 million -- nor will voters be asked to fund the building of the facility at that time. The price tag would be lower if the scope and size of the project changes.

Hingham Police Department headquarters at Town Hall on Central Street and the fire station on North Street have outgrown their current locations.

Police Chief David Jones and Fire Chief Steven Murphy shared the details of the buildings' deficiencies with the Hingham Anchor during recent tours of police headquarters and the North Street Fire Station prior to the Nov. 21 Special Town Meeting. 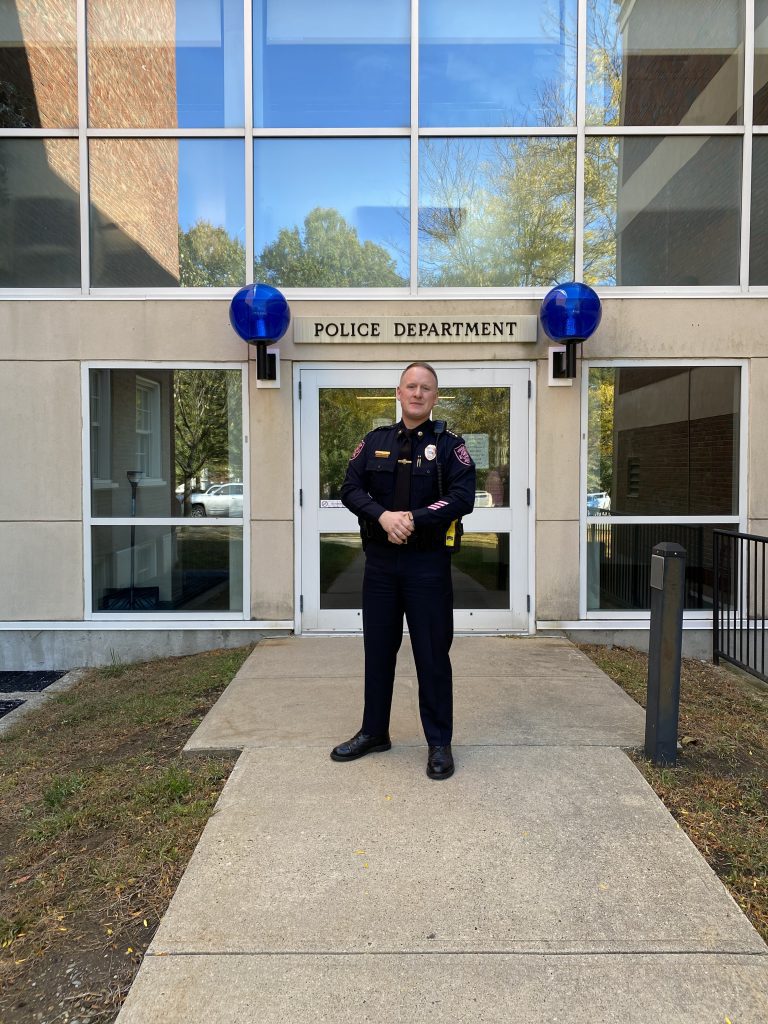 Jones is looking forward to working with the Public Safety Facility Building Committee and is "excited to partner with the residents of the Town of Hingham on this important potential project. Challenges we face on a daily basis in our present facility include significant safety concerns and the fact that it was retrofitted into an existing school [formerly Central Junior High School] and not designed or laid out as a public safety building."

In addition, Jones said, police officer morale is a concern due to inadequate working conditions and a lack of space. "We hope to develop a public safety building that will help us to continue to provide outstanding service to the residents and visitors of our growing town, as well as meeting the needs of our dedicated officers and staff."

Jones pointed out more than a dozen areas of the police station that aren't adequate or that have serious issues and detailed nearly 40 specific deficiencies, noting an overall lack of space.

The main lobby, where visitors enter, was the first stop on the HPD tour. "It's small, with no privacy for sensitive conversations," Jones said. This includes people reporting domestic violence, accidents, and other incidents.

Other issues include the lack of interview rooms and a community room for public events -- such as the Citizens Police Academy, meetings, and training -- and that prisoners are released into the main lobby.

There are no individual work spaces or private offices for the officer in charge to use for employee counseling or performance reviews.

"Twelve supervisors share one space, which is on the opposite end of the building from the area where prisoners are located and need to be monitored from -- it's an unsafe layout," Jones said.

Other inadequacies outlined by Jones include several staff members sharing the licensing office -- a particular challenge under COVID-19 social distancing requirements -- including the animal control officer, licensing officers, domestic violence advocate, and the mental health clinician, resulting in a lack of privacy.

The roll call room serves several purposes, and lockers in the small locker room are in short supply and not large enough to hold all the necessary equipment that police officers use in their work. The lockers spill into the shower area and the hallway.

There's not enough space in the armory, so some equipment is stored under the stairs and in the HPD garage -- with no dedicated area for officers to clean and service their weapons.

"The evidence room is inadequately sized, and there is no separate storage space for high-value items or for firearms," Jones said.

The cell block went from six to four male cells when police headquarters moved to Central Street from its former Lincoln Street location in 1998, and from three to two female cells. In addition, the cells are not juvenile-compliant. There's no holding cell for multiple arrests, and there is no secure area from which bail clerks can bail prisoners.

"When prisoners are released, they have to walk through the entire police station and out the front door, where victims and witnesses against the arrestee could be present in the lobby -- another privacy issue," Jones said.

The detective division is also lacking in space, with no privacy during sensitive conversations.

Other issues include leaks in the roof; inadequate garage space; parking for only the 21 HPD vehicles, with no room for employees to park and no dedicated visitor parking; civilians frequently walking through the parking area to access the fields behind it -- a safety concern as weapons and prisoners can be in that location at the same time; inadequate administration space; no records division access beyond a mail slot in a door near the stairwell; the firearms licensing office located off the lobby in a non-secure public part of the station; and other issues.

"The overall building space is so limited that there's no room for growth, nowhere near enough storage space, no wellness/fitness center; and no public meeting rooms or interview areas in the lobby for detectives to have a private conversation with victims of crimes, witnesses, confidential informants, and others," Jones said. 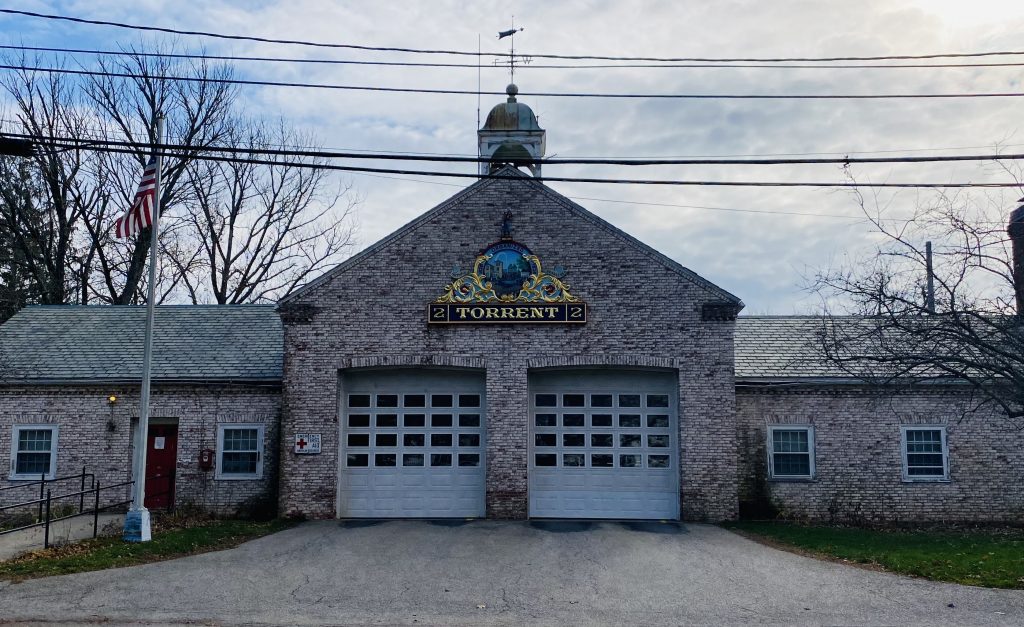 The North Street fire station first opened in the early 1940s, and not much has changed since then other than minor modifications.

Specifically, the existing building and property are too small for the size and number of fire apparatuses needed there. "There aren't adequate facilities to address safety issues such as cancer prevention and fitness, and the station was not designed to accommodate females firefighters or EMS [Emergency Medical Services] vehicles and equipment," Murphy said. Providing EMS comprises about 70 percent of HFD's call volume at this time.

Smoke and other products of combustion contain carcinogens, which are absorbed into the firefighters' protective gear, so they need to properly decontaminate their clothing and equipment to reduce their exposure to carcinogens and other chemicals.  "Unfortunately, the current station doesn't allow for proper decontamination or separation, so exposure to the carcinogens is a real concern.  Modern fire stations isolate certain areas to improve safety," Murphy said.

Another issue is that today's fire service vehicles are a tight fit for the building. "When the station was built, the fire apparatus was much smaller," Murphy said during the tour. "When we do daily checks on the apparatus, we have to pull them onto the ramp outside the garage doors on the North Street side," he said.

The reserve fire engine can no longer be kept there because it's much heavier, wider, taller, and longer than earlier ones.

The cramped living quarters, common room, and bathrooms are not located together in the same part of the building, and there's only one small office. Four firefighters normally occupy the station at all times, and sometimes six. There are four separate shifts of four, and those 16 firefighters share one small kitchen and refrigerator. The shifts are 24 hours long.

There's also a lack of storage space. "The fire mission has changed over time and we need more space to store all of our equipment," Murphy said.

All training is online due to COVID-19, because there's not enough room to social distance in the stations.

"The current building has served the Town well for 80 years but no longer meets a modern fire department's needs," Murphy said.