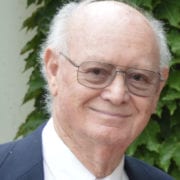 Born on April 8, 1935, Shea was the son of the late Matthew and Helen (Quinn) Shea. Peter was a devoted husband of 57 years to the late Patricia (Beegan) Shea, who died on April 7, 2020. He was the beloved father of Patricia M. Finnegan and her husband Thomas of Darien, CT; Peter G. Shea and his wife Petia of Newton, MA; and Brian M. Shea of Seminole, FL. Peter was the loving and adored grandfather of Catherine,Thomas, Patrick and Christopher Finnegan, all of Darien, CT, and of Peter Shea of Newton, MA. He was the dear brother of William F. Shea of Hingham, and is also survived by many loving nieces and nephews as well as extended family and friends.

Born and raised in Hingham, Peter entered the Missionary Oblates of Mary Immaculate upon graduating from Archbishop Williams High School in Braintree. A devout Catholic his entire life, he earned a Bachelor of Arts degree in Theology and Master of Arts degree in Philosophy from Catholic University of America.

After leaving seminary life, Peter taught Latin at St. Peter’s High School in Staten Island, New York for a few years before embarking on a 25-year career with International Business Machines Corporation. After his retirement from IBM, Peter returned to his love of teaching. He spent the closing decades of his life employed as an Adjunct Professor of Ethics at both St. Petersburg College in St. Petersburg, FL and at the Macdill Air Force Base campus of St. Leo’s University where he taught members of the United States Armed Forces. He was an avid and creative gardener who enjoyed spending much of his time landscaping at his home.

Peter will be forever missed by those who loved him.

A private Mass of Christian Burial will be celebrated at St. Paul’s Church, Hingham.

Peter will be laid to rest alongside his wife and parents in St. Paul’s Cemetery, Hingham.

In lieu of flowers, memorial contributions may be sent in Peter’s name to the St. Jude’s Children’s Research Hospital at 501 St. Jude Place in Memphis, TN (zip code: 38105).