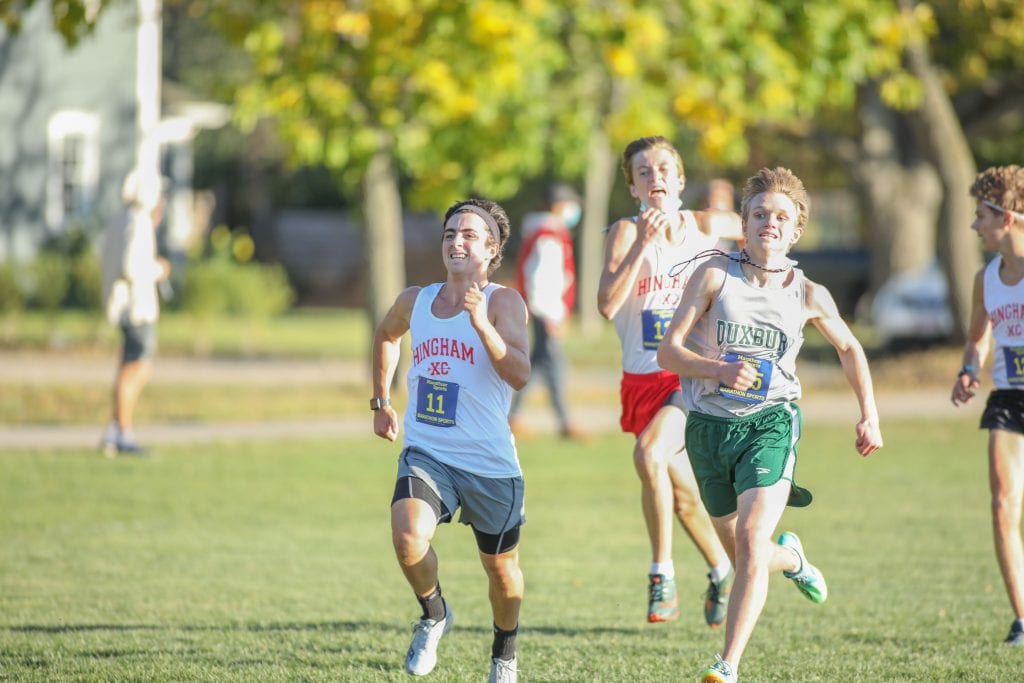 The 2020 Boys Cross Country Season is off to an exciting start.  After a late scratch by their opponent last week, the Harbormen finally had a meet with another team on Thursday afternoon as they took on Duxbury.  In a race that came down to the wire, Duxbury's Joe Chalifoux beat out 3 Hingham runners by less than a second to win the race.  Junior Steve McDougall (2nd), senior captain Kevin Ierardi (3rd), and Sophomore Charlie Donahue (4th) followed by a fraction of a second.

In fact, Hingham had 6 of the top 8 runners in the race giving them the 21-37 victory over Duxbury.  The top 5 finishers for each team count in the scoring.  Rounding out Hingham's runners were senior captain Sean McKay (5th), junior Leo Burm (7th), junior Tom Shetzline (8th), and Freshman Brendan Burm (14th).

"I am very proud of the how the team ran.  I feel like we all ran very smart and had some great times." says senior captain Kevin Ierardi.

When asked about the crazy finish, Ierardi said it was "one of the most exciting finishes I've had in my high school career.  I know they needed me to step up and I was coming off a really bad time trial the week before, so I had to make sure I stepped up for the team." 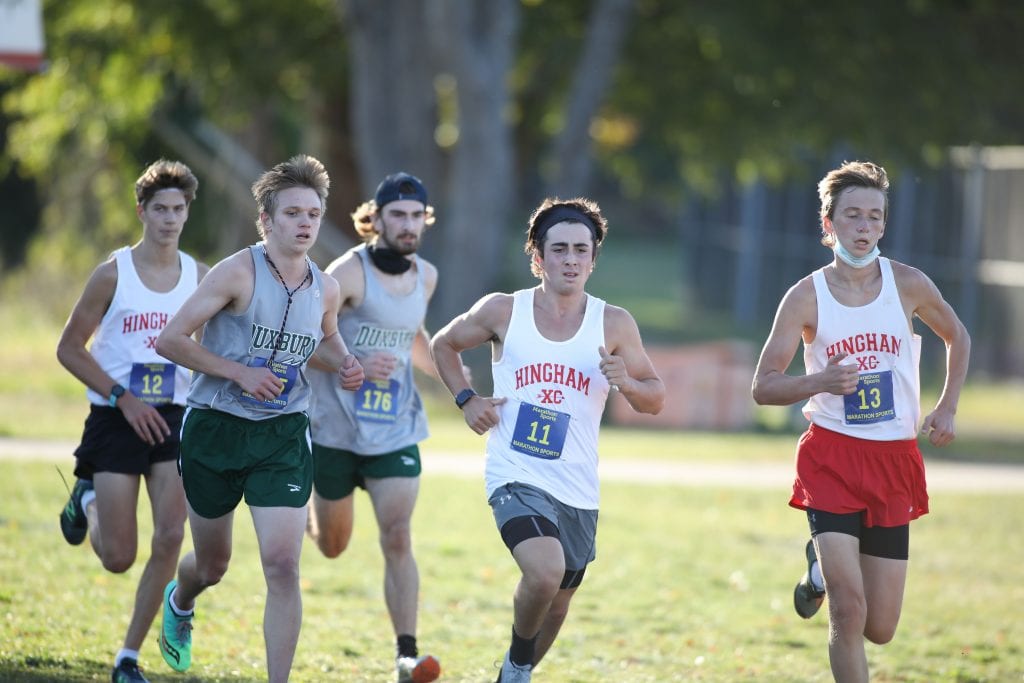 The lead group of runners stayed together the whole way through the race, which included Hingham's Charlie Donahue(12), Steve McDougall (11), and Kevin Ierardi (13). 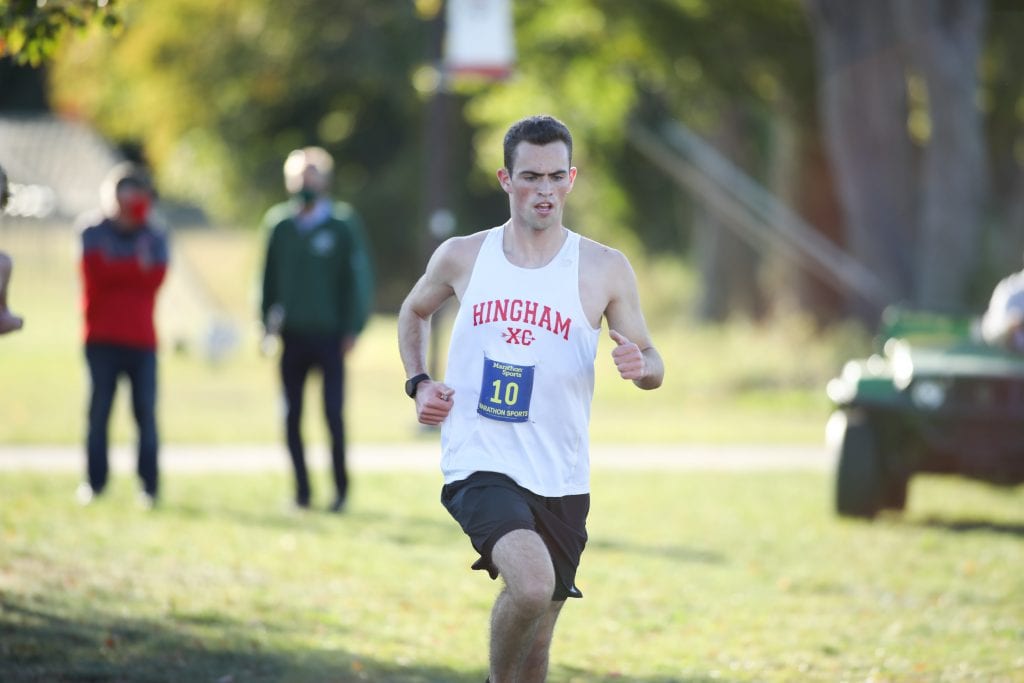 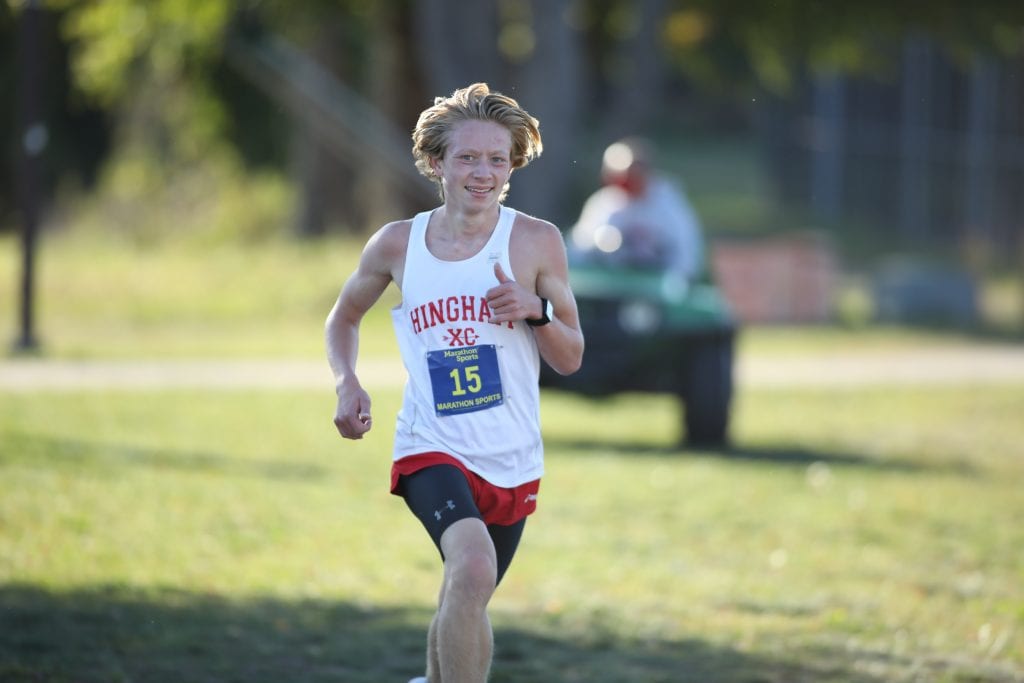 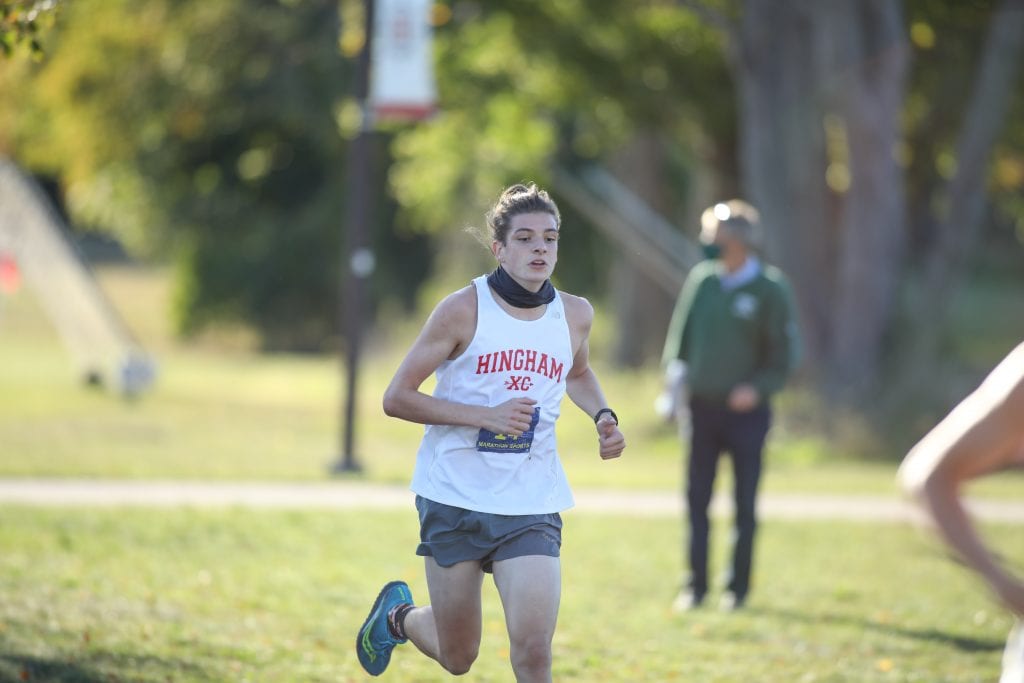 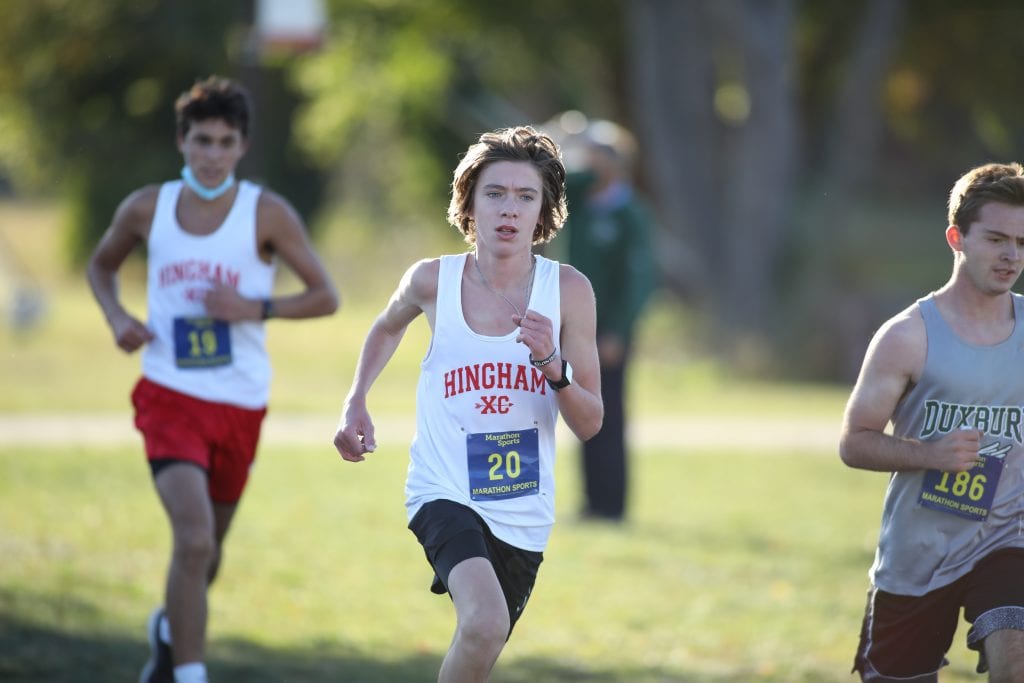