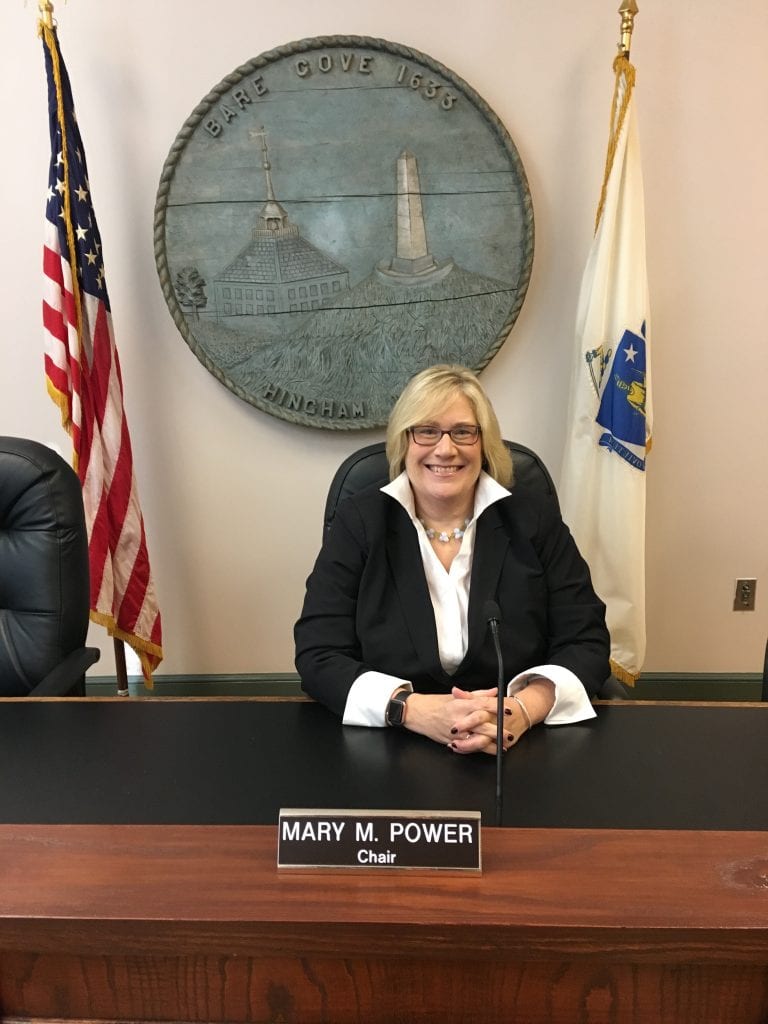 In response to a citizen's allegation that undue influence was exercised by Selectmen Chair Mary Power involving former Police Chief Glenn Olsson regarding a dispatch call log entry, "the Town took this allegation seriously and referred the matter to the Attorney General and retained an outside investigator (Matthews & Mathews, LLC) to review this matter," according to a statement released by Town Administrator Tom Mayo and Assistant Town Administrator Michelle Monsegur yesterday, Oct. 23.

"The final report, from Matthews & Matthews, establishes and confirms that Mary Power did not exercise undue influence in this matter and that the Chief of Police acted on his own and within his authority," the statement says.

The principals of Matthews & Matthews, LLC are experienced in significant investigations, applying their expertise from previous roles as leaders in law enforcement.

The investigation reviewed the actions of the Hingham Police Department and town officials concerning a dispatch call log entry where a vehicle registered to, but not operated by, Mary Power was entered by a dispatcher on June 5, 2020 based upon a police officer’s observations. The dispatch call log entry stated that while parked, the operator of the vehicle held a "Black Lives Matter" sign pointed in the direction of a police cruiser.

"However, the vehicle [which was parked at the Derby Street Shops in South Hingham] was never stopped by a police officer, no police officer issued a ticket or any citation to the operator of the vehicle, and there was no direct communication between the operator of the vehicle and any police officer," according to the statement. "At the time of the incident, Chief of Police Olsson instructed the dispatcher to remove the words “Black Lives Matter” from the dispatch call log entry narrative. Chief Olsson did not direct or request any other changes . . . ."

Under the "Investigative Findings and Conclusions" section, the 55-page report states that "Chief Olsson believed that the use of the term 'Black Lives Matter' in the brief narrative of a suspicious activity log was not warranted because he did not want the public perception to be that the Hingham Police were pursuing people for having a 'Black Lives Matter' sign."

In summary, Matthews & Matthews concluded that Power -- as a member of the Board of Selectmen -- did not exercise undue influence in this matter, was not aware of the incident until seven weeks later, and that "Chief Olsson acted on his own and within the scope of his authority."

The report, in which some of the information is redacted, also states that when asked, Power stated that she did not do anything to impact Chief Olsson's decision to retire on Aug. 3 and that she was not part of any discussions between Chief Olsson and town officials about his retirement.

The Town has received and accepted the report and findings of Matthews & Matthews "and considers this matter concluded."

Power told the Hingham Anchor, "For months now, false accusations and rumors about myself and my family have circulated in Hingham. Throughout my nearly 20 years of volunteer service, I have conducted myself at all times with the highest level of integrity.  As evidenced in the report, neither I, nor any member of my family, did anything wrong.  I am thrilled that this matter is now concluded and look forward to continuing to serve the citizens of the Town of Hingham."