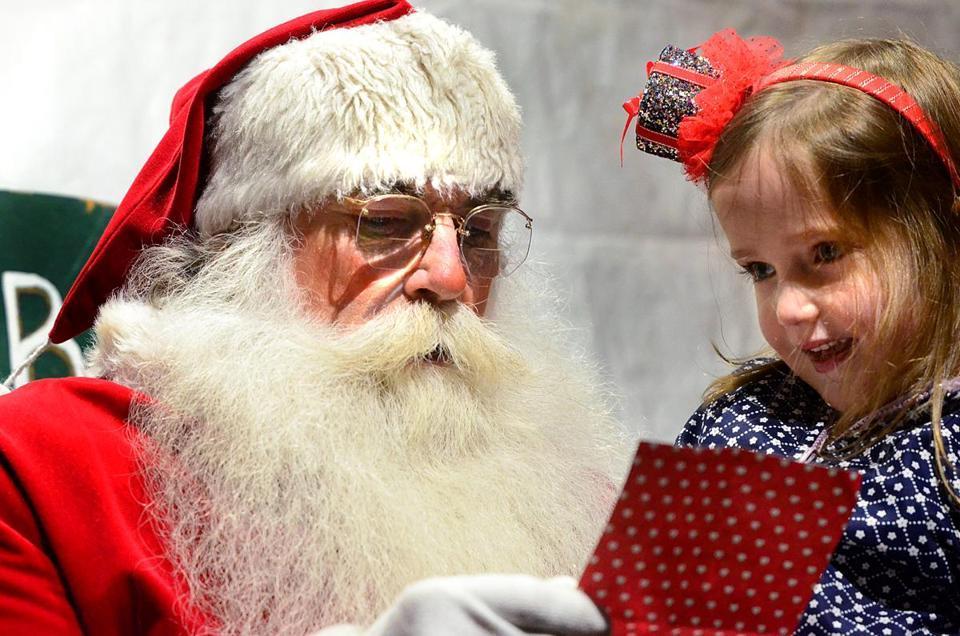 Bob Beal has been a lifelong Hingham resident and loves this town he has always called home.  He has held many volunteer positions in Town over the years but the one he cherishes most - and is famous for - is his role as Hingham’s own Santa Claus. A role he takes incredibly seriously. Two years ago, after complications from his heart disease he was discharged from the hospital just one day before Christmas in the Square, but he made sure that he could ride the fire truck into town and sit in the big chair to hear the Christmas wishes for all our children. Despite the long lines, “Santa” will never leave his chair until the last child in line gets a chance to sit on his lap and have a chat.  We caught up with Beal to learn more about how he became this beloved character and to hear about some of his favorite and funny experiences over the years.  You can meet the big man for yourself tonight, in Downtown Hingham’s annual “Christmas In Square” and we’d recommend that you do.  He’s the real deal.

How long have you lived in Hingham?

I grew up in Hingham, and my family was one of the first settlers in Hingham in 1638 as part of the great migration from Hingham, England.  My wife, Brenda and I chose to live here to raise our family here.

What is your favorite part about living in Hingham?

I’ve witnessed a lot of changes over the nearly 70 years that I’ve lived here but still love the sense of community that we have in Hingham.  When I was young, Hingham was more of a farm town with many dairy farms and corn fields. Crow Point, where my immediate family lived, was primarily seasonal homes with people traveling from Boston in the summer.  Times have changed, but Hingham has always been home.

How long have you been visiting Hingham Square as Santa

Playing “Santa Claus” started as a dare from my co-workers.  When I was discharged from the service after returning home from Vietnam on June 21st, 1972, I decided to stop shaving.  After about six months my beard had grown quite nicely and co-workers started to notice my resemblance to good old St. Nick.  They dared me to come to work the next day as Santa Claus, so stopped by Taylor Rental on my way home and rented my first big red suit.  I was working for the telephone company, and the guys made “Santa” spend about 6 hours that day climbing telephone polls.

Word caught on and that year, I connected with Chrissy Collins, the then owner of the store Nottingham on the corner of South & Main, and I started visiting the square as Santa Claus. That was 45 years ago before the “official” start of Downtown Hingham’s annual Christmas In the Square event.

Do you have any favorite memories from Christmas in the Square?

Christmas in the Square is an incredibly special night for the town.  The sense of community that we feel as we gather together grows year after year.  The role of “Santa Claus” is one I take very seriously.  To see the magic in the children’s eyes is remarkable and I feel a sense of duty to them to foster a positive experience.  I don’t break character and really listen to each and every person that sits on my lap.   Even when I know the person – including my own son, John.  For years, John would ask my wife, “why does Dad always have to work on the night of Christmas in the Square”?  Brenda always gave a good reason, and as he sat on my lap each year, John never knew that it was me!

Other memorable experiences that I cherish include: visiting sick children in their homes that couldn’t make it to the square.  It’s an honor to be able to make someone’s day better, especially children that are suffering.  One year, I also was able to visit a family in Liberty Pole whose father was recently deployed to Afghanistan just before the holidays – including a police and fire escort, that was pretty special.   I also still have a “binky” that a four-year-old little boy’s entrusted to Santa after his parents finally convinced their son it was time to part with his cherished pacifier.   I have to say, my least favorite part of the role is when Candy Canes get stuck in my beard!

I always end the night with a stop at Square Café to say hello to Patty Libby and her staff – she’s always so supportive of the community, so I like to stop in and say hello!

What is it like to ride the fire truck every year?

It’s an unreal experience. To feel the energy of the town and see everybody from above from the top of the fire truck is just awesome.  Our first responders are first class, and they make the experience incredible every year.

Once on our way into Town I even took part medical response – when emergency calls, our town responds even when “Santa” is on board.

What is the wildest request you've received as Santa?

The wildest request has been from a woman who sat on my lap and asked for a divorce from her husband for Christmas.  I didn’t break character but told her that was outside the jurisdiction of Santa and that she should contact an attorney!

I’ve had a child ask for peace on earth, and many children ask for live animals and I always remind them of the responsibility that having a pet requires.  Every year, I hear a lot of request for American Girl Dolls, and in recent years the requests for iPhones and iPads seem to grow.

Is there anything else you would like to add?

Serving as Santa is a great honor.  Children of all ages sit on my lap, some with skeptical eyes on a quest to see if my beard is real – it is.  It’s magic, and I plan to do it for as long as I possibly can.

Visit Santa for yourself, on Friday, December 7that Hingham in the Square.  The event is from 5:00-8:00 pm in Downtown Hingham.  The man in the big red suit will ride the Hingham fire truck from the Main Street Fire Station down Central Street to North Street turning in front of Square Café and stopping in front of St. Paul’s Church around 6:30pm but get there early as he is known to be prompt!   He is then escorted to Santa’s throne on South Street between Main and Central. Ho, ho, ho, Hingham – we hope to see you there! 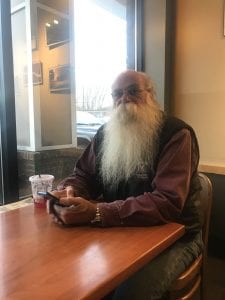 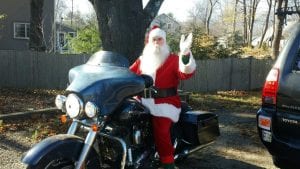 1 thought on “Catching Up with Hingham’s own “Santa Claus””