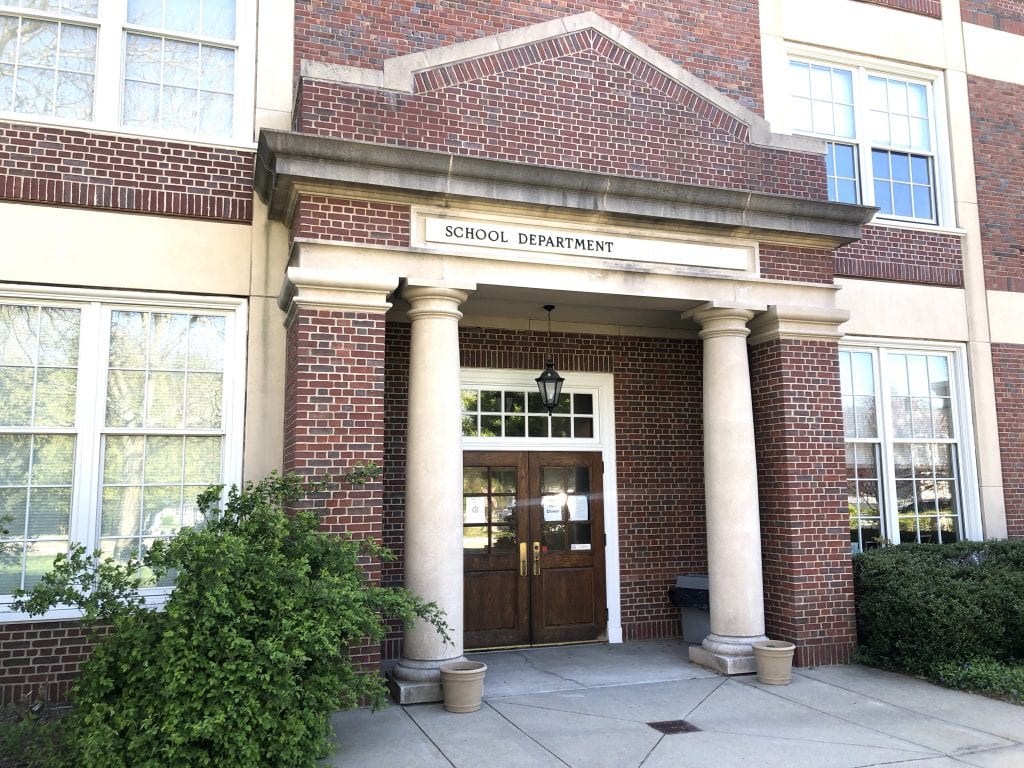 That said, there's a projected shortfall of "over $3 million, and the town will be taking [money] out of its rainy day fund to support the school and town operating budgets," School Committee Chair Michelle Ayer said during last night's teleconference School Committee meeting. "There will be many more conversations about the Fiscal 2021 budget."

Director of Business and Support Services John Ferris explained where the school operating budget stands. At this time a $140,000 negative balance is predicted, but he said he expects that gap to go away once the books are closed for Fiscal 2020 a few weeks after June 30. Additional revolving fund money will be factored in, and expenditures in some categories will be lower than expected.

There was some discussion about the projected $100,000 the School Committee is considering returning to the town in these tight financial times from the Fiscal 2020 budget.

While committee member Liza O'Reilly said she thought the school committee "would be better off returning that amount to the town -- it will be there if we do need it. It's such a small amount [out of the overall budget]," not everyone was of the same mind.

Ayer noted that she expects there will be a number of unanticipated expenses in the fall, including technology needs and Personal Protective Equipment: "$100,000 may not be enough to cover those costs."

She also said while returning the $100,000 "may buy us some goodwill, we may need to say that we are giving this to you, but we might need a piece of this back and then some."

In Ferris' opinion, "Whatever we give back will help cover the $3 million shortfall. We have committed to working together with the town."

He went on to say that it wouldn't be wise "to go full force ahead now that we have our Fiscal 2021 funding because we will need to balance that budget before Fiscal 2022. We need to proceed with caution. That's what the [recently-crafted] financial plan between the Selectmen, Advisory Committee, and the School Committee is all about."

Eventually, some of the school department's COVID-19 expenses could be reimbursed.

Committee member Carlos Da Silva asked Ferris and Supt. Paul Austin for an update at the committee's July 8 meeting about whether the town is ready to apply for some of the Plymouth County Commissioners-controlled $90 million in federal COVID-19 relief funds.

"My understanding is that the sooner we get the bill to them, the sooner we'll get the [reimbursement money] in our account," Da Silva said.

In other business at the meeting:

Austin's contract was extended for two years, with a total five percent increase and a two percent annual tax-sheltered annuity, which is a part of standard school superintendent contracts. This puts his compensation in line with the middle of the salary range for Hingham's benchmark communities.

In addition, school administrators and principals who were unable to take earned Fiscal 2020 vacation time due to their responsibilities related to COVID-19 will be allowed to use those hours at a future time, beyond the current fiscal year.

* Ayer received accolades from fellow committee members as she wrapped up her two years as chairman. Her term expires this year, and she is running for another term in the June 27 town election.

"I appreciate your leadership and everything you have done to bring us together and to truly work as a team," Da Silva said.

Member Kerry Ni said her respect for Ayer has grown over the years and commended her for her grace, thoughtfulness, being on "an even keel, and making decisions that are always student-focused."

Ayer in turn said it was an honor to serve as chair, "working with such amazing, committed volunteer elected officials. This district is an amazing place. It's not perfect, and everyone has room to grow and learn and change," she said. "It's been a wild ride!"

She acknowledged Administrative Assistant to the Superintendent and School Committee Pam King, who is retiring, "for helping to guide Paul in the work of the central office [during his first year as school supt.] and in supporting the committee as well."