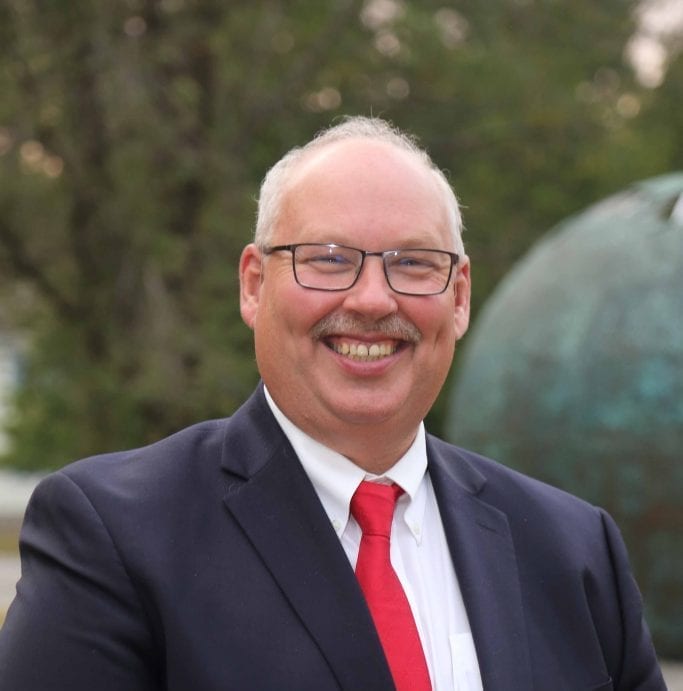 Supt. of Schools Paul Austin had his first-ever public evaluation last night by the School Committee as part of the customary annual review of the Hingham Public Schools superintendent, despite his long history as a school administrator before coming to town.

" That's because in Maine people are kind and don't do this kind of thing," School Committee Chair Michelle Ayer quipped, referring to Austin's experience as a school administrator in Maine, where he lived prior to accepting the role of HPS superintendent.

Ayer presented the results of the evaluation, with Austin participating in the teleconference meeting.  The entire committee contributed to the 11-page final document.

Austin earned a "proficient" score in every category, including instructional leadership, management and operations, family and community engagement, and resolving conflict and building trust.

The fact that he was able to maintain such a high standard during a pandemic did not go unnoticed.

Before the COVID-19 crisis, Austin was already known for his physical presence in the school buildings, interacting with students and staff, and having "outstanding interaction in the classrooms and at student artistic, academic, athletic, and METCO events.

"This helped him understand Hingham's traditions," Ayer said. "He also made contact with the staff daily, promoting a sense of positivity and connectivity."

Committee members are pleased about the strong and mutually-respectful relationships he has built with Town Hall officials. "He is warm, but also firm and persuasive," Ayer continued.

Austin was also commended for his communication skills involving students and their families and HPS staff.

Another plus is that he participated in a new superintendent induction program and launched the COVID-19 remote learning plan while ensuring the safety of students and all staff.

Overall, Austin is perhaps most respected for his leadership skills, honesty, and calm demeanor during a crisis, of which there are been quite a few during his first year with HPS.

At the end of the evaluation, Austin in turn praised the School Committee for their hard work during an extraordinary time. "On the one hand I can't believe a year has gone by, but in some ways it seems like 10 years, with COVID-19 stuck in the middle," he said. "It was at a 10 times faster pace than what I was used to, but I got up to speed."

Austin expressed appreciation to the community for their feedback, support, "and some honest, constructive criticism."

He went on to say that he is dedicated "to improving my craft to ensure that every student who attends school in Hingham gets exactly what he or she needs and is ready to take on the world, whatever their endeavor, when they leave the HPS."

Austin said he feels blessed, and that the community is blessed, with wonderful students. "And I feel incredibly blessed to be part of this school district, with dedicated and talented individuals in every single building in every single job -- including the support staff, talented teachers, and dedicated administrators and principals, who spend much longer than eight hours a day at their jobs to ensure students get exactly what they need."

Ayer thanked everyone involved in the 2020 school year, which she called "one for the record books."

Josh Ross, speaking on behalf of the PTOs, recalled that Austin hit the ground running "right after he was told he got the job." Ross was particularly impressed when he noticed three elementary school students recognizing Austin at an event.

Ross also thanked Ayer for chairing the committee for two years. "She never hesitated to reach out to us when she needed information or an opinion about something."

Also acknowledged was Administrative Assistant to the Superintendent and School Committee Pam King, who is retiring, and committee member Ed Schreier, who is stepping down from the committee after nine years. "They will be missed," Ross said.