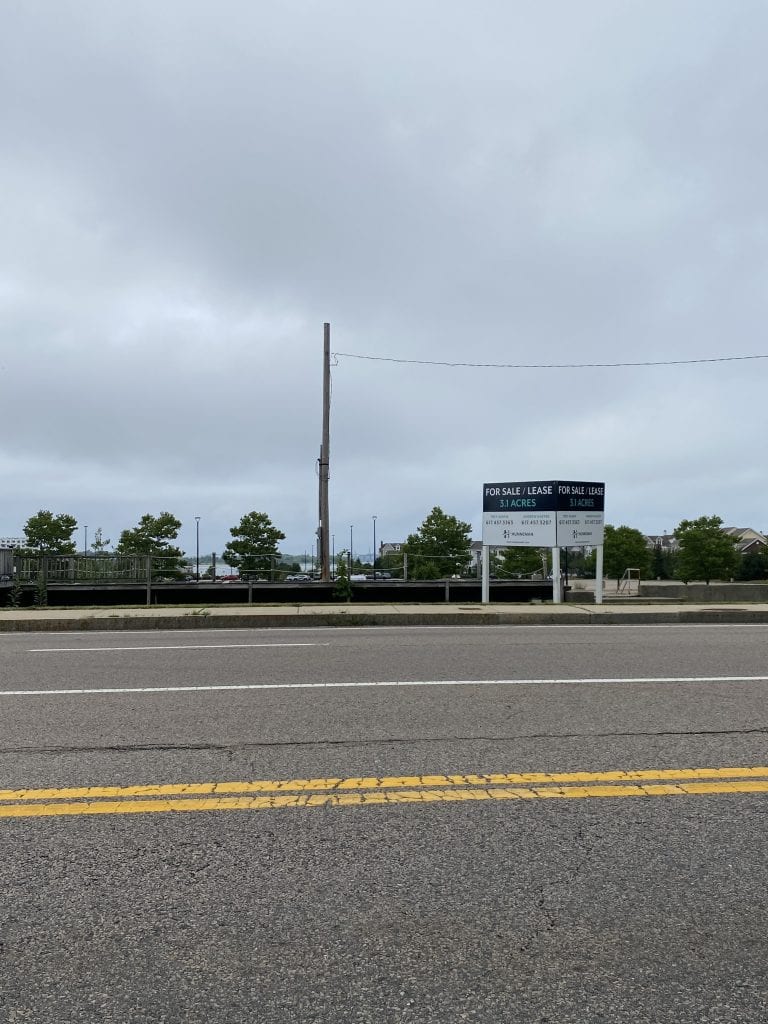 Similar to last June's regular Town Meeting, a Special Town Meeting will be scheduled for Saturday, Nov. 21 -- on the multi-purpose field at the high school -- if both the Selectmen and Advisory Committee support moving forward with the $5.5 million purchase of a parcel of land at 335 Lincoln St.

The purpose would be to build a new 50,000-square-foot Hingham Police and Hingham Fire public safety facility, at an estimated cost of $40 million. The cost of the project would not be the subject of a vote at this special meeting.

"We hopefully won't need cooling stations, although we may need heating stations," quipped Town Administrator Tom Mayo.  In this case the seats would be spaced 10 feet apart, with the usual social distancing and face mask requirements.

There would be multiple parking locations, queuing would be minimized at the check-in points, and there would be hand sanitization stations "everywhere."

The warrant articles would relate to the potential purchase of the property and authorizing the borrowing of up to $3.3 million for the design, construction, and bid documents in addition to the $5.5 million purchase price.

A two-thirds vote would be required for these articles to pass because borrowing is involved.

Check out the project details at https://hinghamanchor.com/update-possible-nov-21-special-town-meeting-to-consider-public-safety-facility-articles/ The facility would house between four to six firefighters at a time and the entire Hingham Police Department.

During a detailed presentation last night by Kaestle Boos Associates -- the firm that was hired to conduct a feasibility study and to develop the conceptual design for the proposal, working with the building committee -- the timeframe for the project if it moves forward is as follows: bid goes out January 2022, with a 16- to 18-month building timeframe and a targeted completion day of mid- to late-2023.

Kaestle Boos has a great deal of experience with public safety facilities. The Hingham building would have a life expectancy of 60 to 75 years, according to Kaestle Boos staff.

The latest cost estimate is higher than the earlier-projected $22 million, Mayo said, "because a lot has happened since then, and it's difficult to estimate costs on projects like this one."

Mayo went on to say "this is the kind of facility that's required to meet the town's future growth needs so we don't outgrow it in five years, which is a big deal. There are a number of places where additional costs crept in, and while the current estimate is significantly higher, this is an informed estimate while the other one was not."

Mayo and Town Real Estate Counsel Susan Murphy also explained -- in response to a question posed by Advisory Committee member Libby Claypoole -- that while the property was last appraised for $3.7 million, as compared with the $5.5 million purchase price, the town has been searching for a suitable site for several years without success and that there have been a number of other offers on the Lincoln Street property. "What drove the price was multiple bidders," Mayo said.

There's also a high demand for industrial property, as is this parcel, Murphy explained.

Building Committee Vice Chair Paul Healey explained that committee members have visited public safety facilities in other towns. "We also took a tour of the current police headquarters at Town Hall and the North Street fire station [which will go out of service if the new facility becomes a reality], which highlighted some of the issues there," he said. "It's unsuitable, while the police headquarters is bursting at the seams." The North Street building has an estimated worth of $1 million.

Subject to both boards' approval, the next step would be a Special Town Meeting Saturday, Nov. 21, at noon, on the high school field, with a Nov. 22 rain date, starting at the same time. If it rains on both days, the STM would be held inside in the high school auditorium and gym on Nov. 22 at noon.