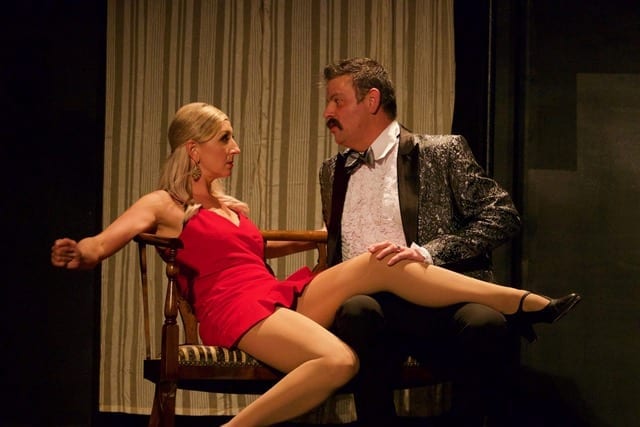 Charity and Vitorrio, played by Rob Buckel-Gillis, try their hand at romance.

Too Hot for Hingham? “Sweet Charity” heads for final weekend Saturday and Sunday on Town Hall’s Sanborn stage. See for yourself!

Is “Sweet Charity”—the musical headed for its second-and-final weekend Saturday and Sunday in Town Hall’s Sanborn Auditorium—too hot for Hingham?

For sure, the latest Hingham Civic Music Theatre show features a dozen dancing girls from a “gentleman’s club.” And it takes the audience through several relationships with its singing and dancing star, Emilee Leahy, in the title role of Charity Hope Valentine.

But even in the occasional risqué chorus-line numbers, in which Charity joins in the cavorting, much of the focus is on the pathos--disappointment after disappointment as she searches for a match among the men she meets in her New York City life. And thanks to “Sweet Charity’s” book writer—master dramatist Neil Simon, of “The Odd Couple” fame—the pathos almost always turns to laughter. 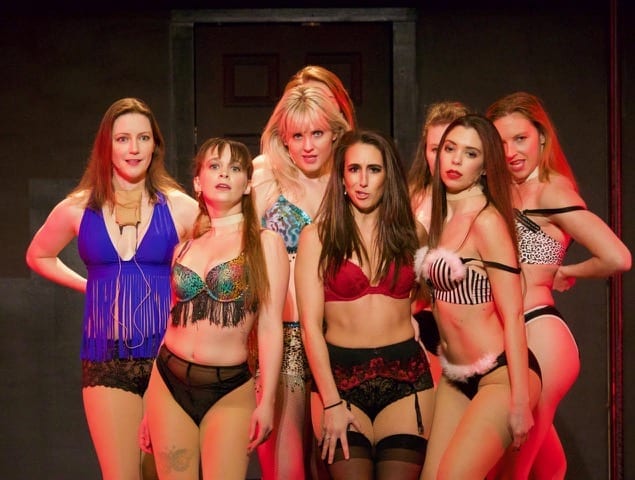 At the Fan-Dango gentleman’s club where Charity works, performers sing “Hey Big Spender” as they try to lure the customers.

The curtain rises on “Sweet Charity,” with a masterful musical score by Cy Coleman and Dorothy Fields, at 7:30 p.m.on Saturday, May 4, and again at 2 p.m. Sunday, May 5. The show, which is beginning Hingham Civic's 71st season, opened last Friday and Saturday to strong reviews from delighted audiences.

Dancing is at the heart of “Sweet Charity,” which originally was choreographed in the 1960s by the legendary Bob Fosse, who also directed the movie version, starring Shirley MacLaine. 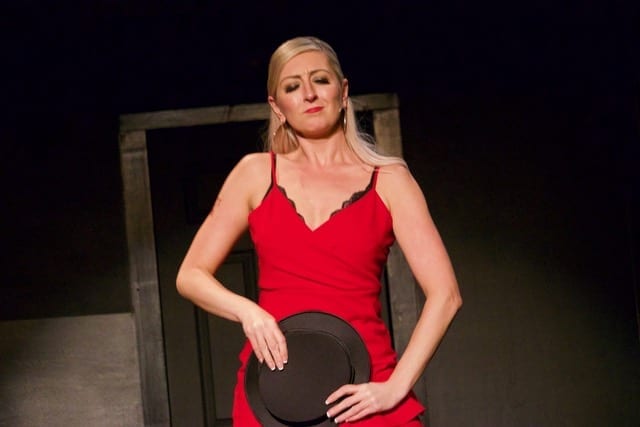 Charity, played by Emilee Leahy, sings “If My Friends Could See Me Now” as she spends an evening in Italian movie star Vittorio Vidal’s apartment.

But no, “Sweet Charity” isn’t too hot for Hingham. Keeping the temperature just right is the director, Nathan Fogg, fresh from triumphs in the past year with “Oklahoma!” and last year’s “Annie” and “Cabaret.” His “Cabaret” choreographer, Samantha Brior-Jones, is back for the dazzling dance display in this “Sweet Charity.” Sandee Brayton conducts the orchestra from above the action onstage, and the flashy costuming is by Kathryn Ridder. 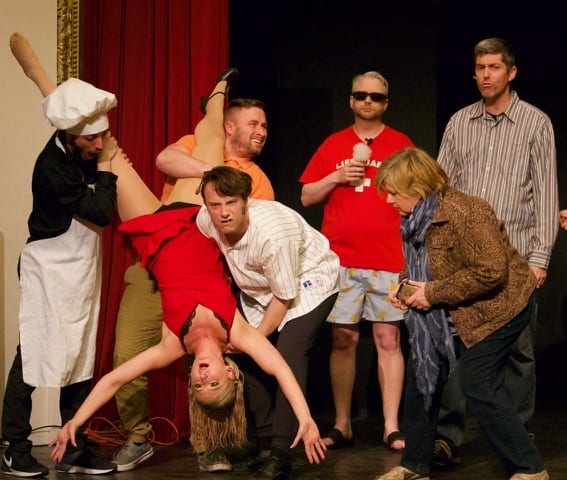 Onlookers in New York’s Central Park help recover Charity from a lake—turning her upside down to shake the water from her lungs—to open Hingham Civic Music Theatre’s “Sweet Charity."

Tickets are $25 each for adults, and $20 for seniors and teens, with prepaid groups of 10 or more entering for $18 each. Tickets may be purchased at the door of Sanborn, on the second floor of Hingham Town Hall, 210 Central St. But they are also available online at https://hcmtcharity.brownpapertickets.com, or by email at hcmttickets@gmail.com. More information is available by calling Julie Ryan at 781-749-3400.

1 thought on “Too Hot for Hingham? “Sweet Charity” Heads for Final Weekend on Sanborn Stage.”