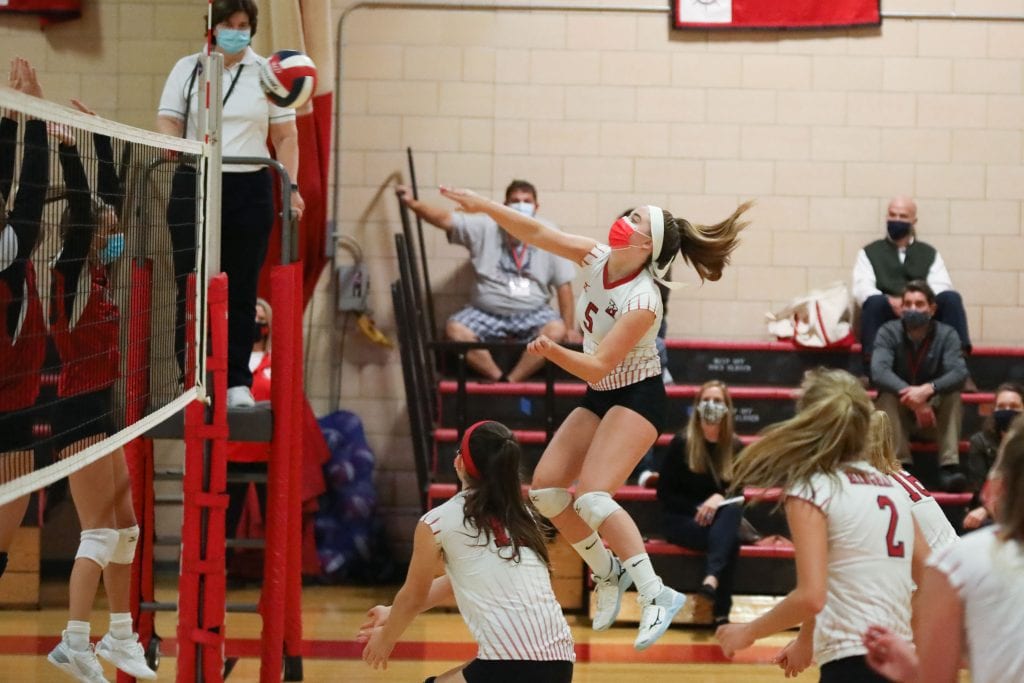 Senior Louise Kenny with the kill for the Harbormen against Whitman-Hanson.

The girls volleyball team is off to a great start.  Not only are they 3-0 on the season, they haven't dropped a set yet.  They continued their roll on Thursday afternoon as they defeated Whitman-Hanson (25-20, 25-10, 25-13) in their home opener to keep their undefeated season alive.

The Harborwomen got solid performances from senior captain Shea Galko and senior Louise Kenny.  The first set was back and forth, but they pulled away late.  The last 2 sets were all Hingham due to their great defense and timely kills causing Whitman Hanson never to get any rhythm to make a comeback.

"We started off slow, but the team chemistry kicked and we changed up our hits more which caught the other team off guard. We just started playing smarter." says first year Head Coach Katelyn Sassorossi.

The Harborwomen have been impressive in the first few games of the early season, but Coach Sassorossi has been impressed with the team's improved defense.

"The improvement (over the past few games) has been the team's defense.  Consistently we have a very strong offense, so when our defense kicks in, I think we are unstoppable." 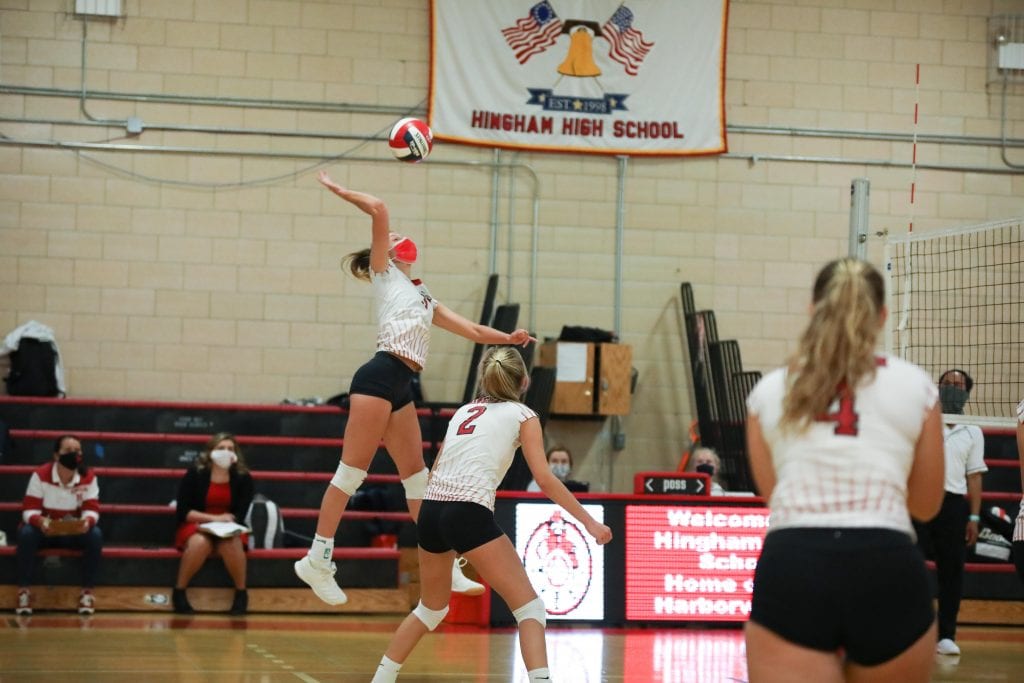 Senior captain Shea Galko was one of the offensive leaders for Hingham. 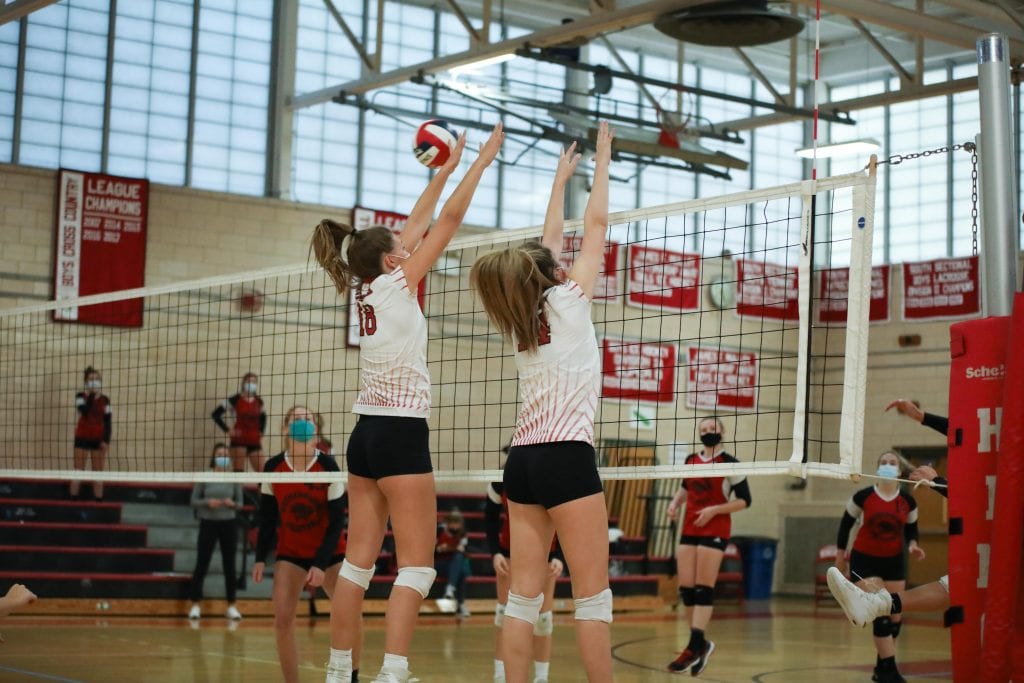 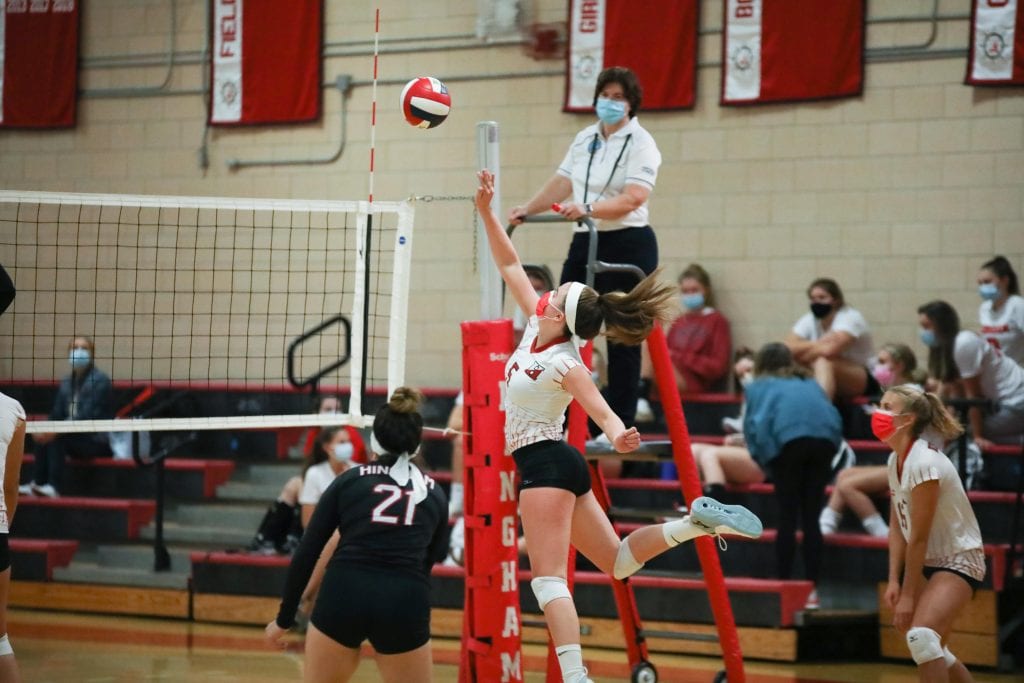 Senior Loiuse Kenny makes an athletic play on the ball during the second game of the match. 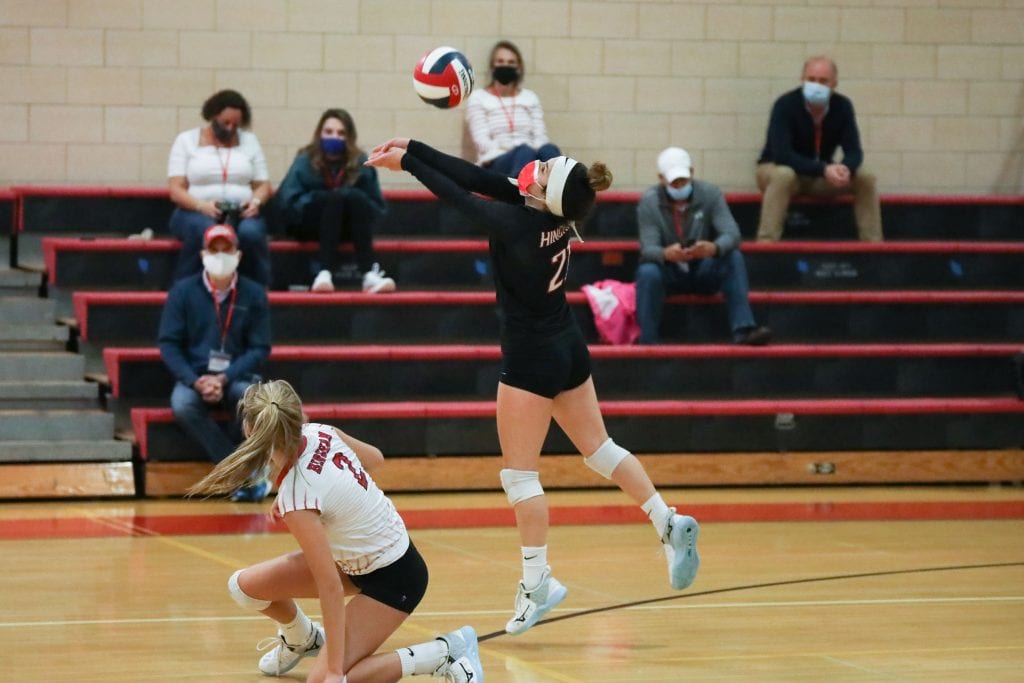 Senior Zoe Bogle has been an anchor on this team as an outstanding setter. 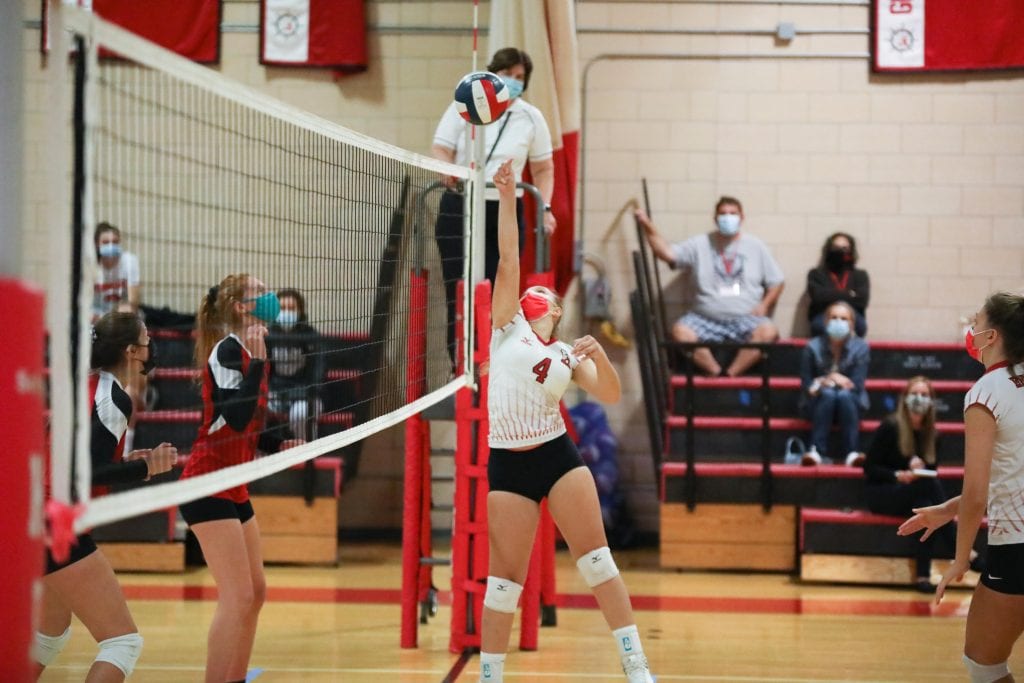 Senior Gabriella Youssef punches the ball over the net. 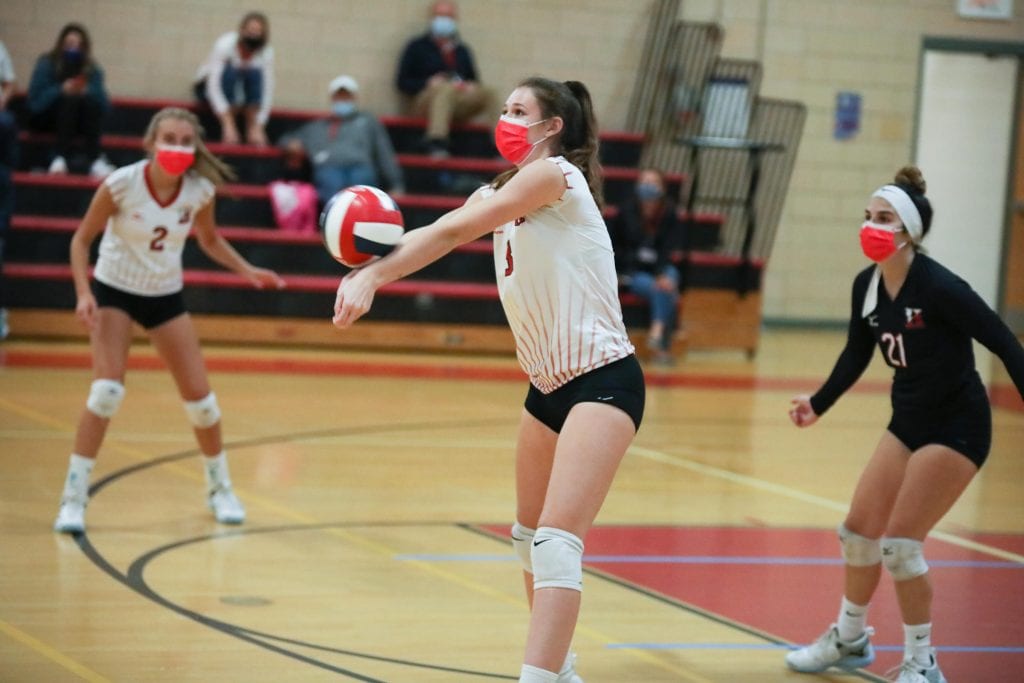 Junior Caroline Connelly sets the ball during the final set of the match. 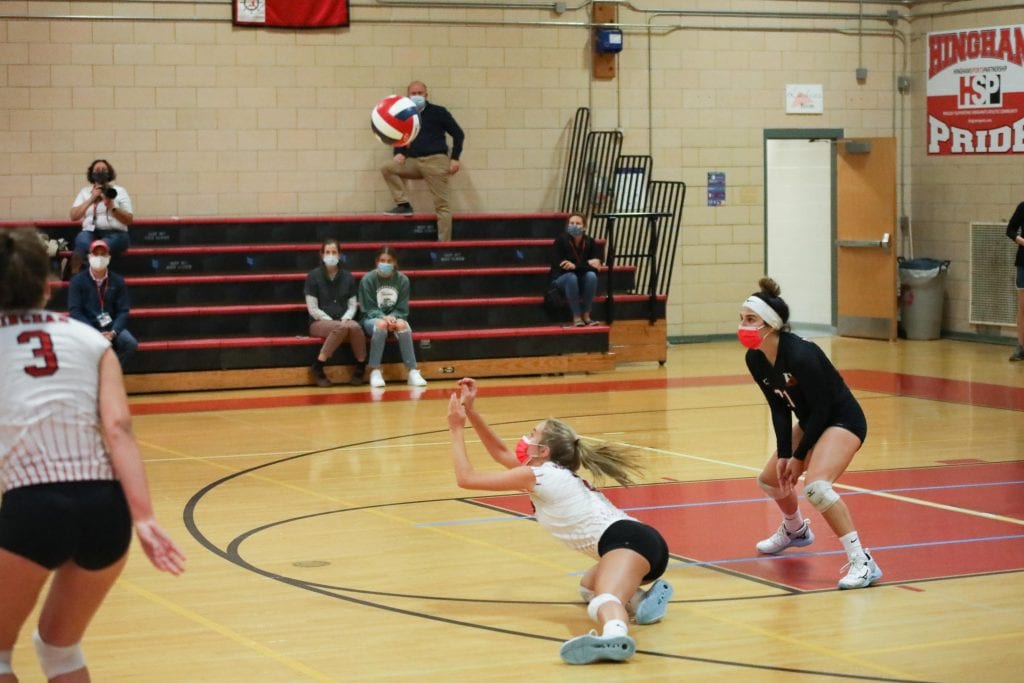 Senior captain Haley McConnell with an impressive dig late in the contest. 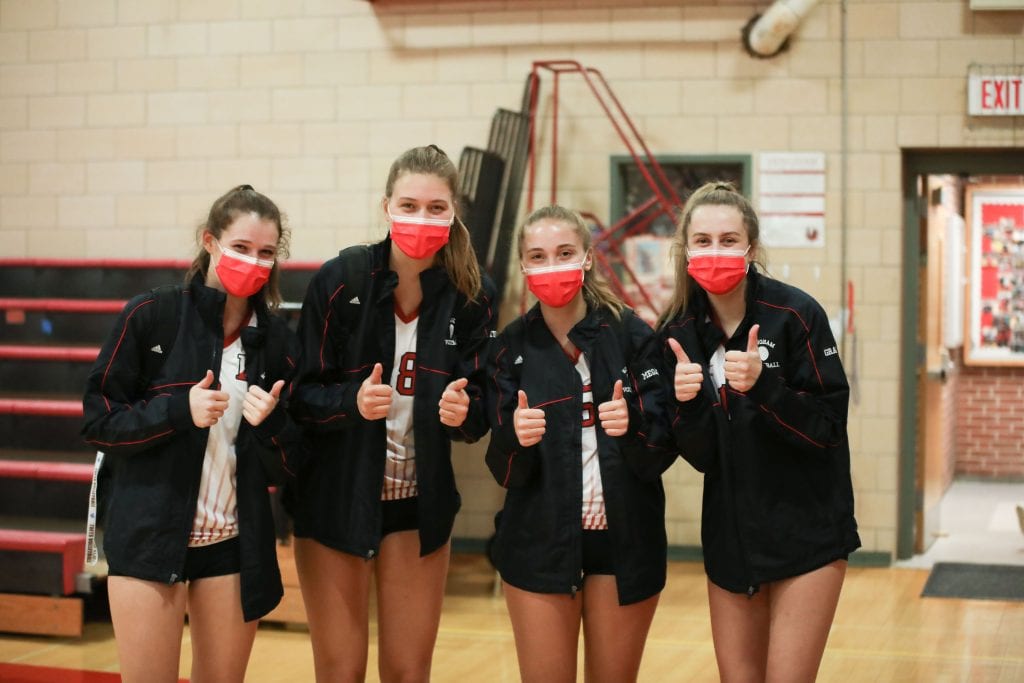 Everyone is all smiles, even under the masks, as the Harborwomen start the season 3-0.