Once the transition of the water system serving Hingham, Hull, and part of Cohasset from Aquarion Water Company to Weir River Water System ownership by the Town of Hingham is complete, there will be a bright new logo -- the result of a cooperative effort between a Hingham and a Hull resident.

The Water Transition and Evaluation Committee was tasked by the Selectmen to develop a logo for the newly-named water system. "We wanted a professionally-designed, identifiable logo that captured the essence of the system," said Committee Chair James Taylor.

The committee interviewed many experienced designers, including Will Uronis of Hull and Steve Pratt of Hingham, who were ultimately hired to design the logo. "Each had impressive experience at large advertising firms, and midway through the selection process they decided to team up and work together on this project," Taylor said. "In addition to their extensive experience, they brought a knowledge of the area that was extremely helpful to the process."

Following a number of brainstorming sessions, Uronis and Pratt presented the Committee with 16 choices. They ran the gamut from incorporating the initials of the system, using wildlife that is found in the Weir River estuary, and utilizing the shape of the river.

The committee, following extensive discussion, settled on what its members considered to be the top five finalists. These designs were shared with the Selectmen at a recent meeting for their feedback and input.

Over the last few days additional refinements to the logos were made, and at today's committee meeting the final logo -- designed by Uronis and Pratt -- was chosen. "The Water Transition and Evaluation Committee believes the new [water system] logo represents the quality, cleanliness, and reliability that all customers expect from their water company," Taylor said. "Additionally, the logo itself is made up of two water droplets which form a portion of the Weir River, a primary source of our water and the basis for the name of the system. Customers will begin seeing this logo used in many ways as the transition to municipal ownership occurs." 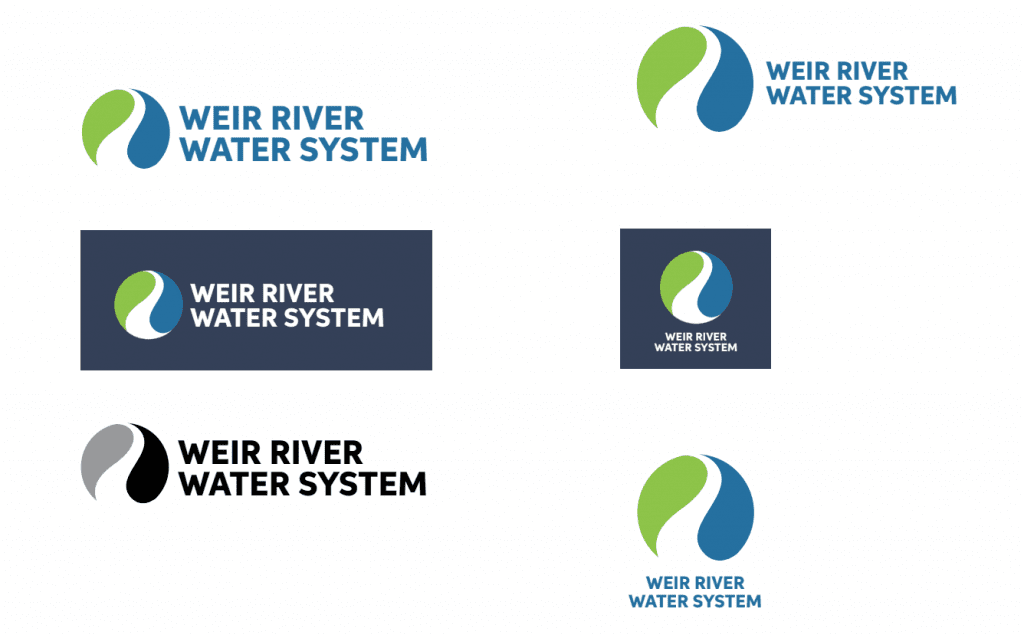 For instance, the logo used on the side of the water system trucks may be slightly different from the logos used on signs and on letterhead.