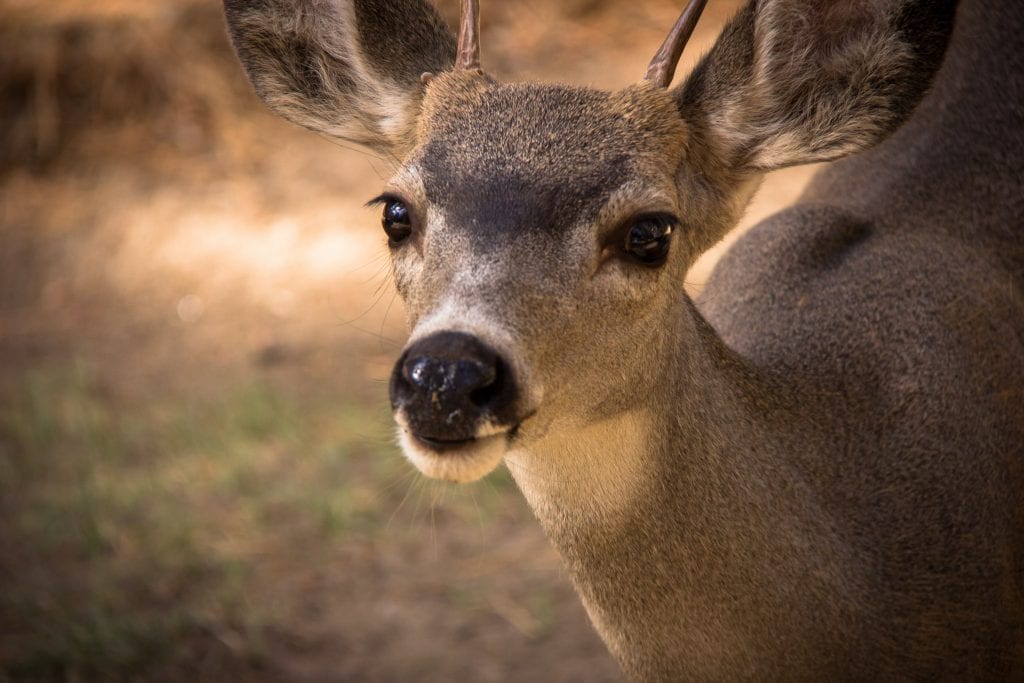 The purpose of the Dec. 2 and 9 controlled shotgun deer hunts at World's End -- the first to occur at this location -- is to reduce and control the deer population in order to improve the overall health of the habitat, according to information provided to neighbors informing them of the program.

Recent World's End surveys documented between 16 to 40 deer, well above the limit for this half-square-mile property.

Because there are few natural predators in the region, and the World's End environment mimics the preferred habitat for deer, the population is well in excess of the desired density goals set by the Massachusetts Division of Fish & Wildlife and the Trustees. Vegetation and other surveys, observations by staff, and complaints from neighbors confirm that the deer population at this location has grown significantly in recent years.

The hunt is based on research that indicates that deer "browsing" of vegetation can prevent forest regrowth, reduce habitat resiliency and species diversity, and impact wildlife sustainability, which can ultimately lead to the elimination of certain plant and rare species. Another reason for the hunt is to help preserve the scenic, ecological, and recreational significance of World's End.

According to Trustees ecologist Jeff Denoncour, contributing to the high number of deer is the fact that they tend to remain in the general location of where they were born. "Because deer are so large, they consume a lot of plant growth on a daily basis, including young saplings that won't reach full growth to replace the older trees that die."

Denoncour went on to say that World's End is part of the Weir River Area of Critical Environmental Concern and provides habitat for 300 plant species, 48 species of butterflies, and 236 species of birds -- three of which are endangered.

"The diversity of species at World's End is something you don't see everywhere," he told the Hingham Anchor. "The habitat there is really special. These species rely on a certain type of plant, which is at risk of being greatly reduced or eliminated by the deer. A hunt is the only way to reduce a deer population."

World's End will be closed on both days of the hunt. According to the Trustees, this activity can be implemented safely by closing off the reservation's entry points. In addition, most of the property falls outside of the state-required safety setback. Trustees staff will be stationed at both entrances to prevent public access and to answer questions.

"Hunting will be allowed to begin 30 minutes before sunrise and wrap up by 3 p.m.," Andy Gallagher, a former Trustees' property director who is now helping with the neighborhood and community aspects of the hunt, told the Hingham Anchor.

He said feedback from neighbors who were informed about the upcoming hunt was "all positive. They're satisfied that it will be done safely and understand what's going to happen and why. Hunting is the primary way to manage deer in the state."

This Trustees of Reservations hunting program -- which is guided by state law and its own hunting policy -- is designed to ensure safety, and their decision to allow or prohibit deer hunting  is made on a property-by-property basis.

According to Gallagher, the hunt is taking place past the time when there would be fawns on the property.

Before plans for the hunt were finalized, the Trustees talked with key stakeholders -- including the Hingham police chief; the conservation agent and other town officials; neighbors;  MassWildlife; and others, seeking their advice and input.

The Trustees hosted a virtual meeting about the hunt in late October to explain why and how the hunt is being implemented.

A controlled hunt limits the number of hunters and days when hunting can occur and the game that can be harvested, sets additional rules and regulations beyond those set forth by the state, and usually takes place during the regular hunting season.

Each hunter is required to pass a shooting proficiency test, signs a written permission form, and provides contact information and hunting licenses.

Up to 10 hunters from among those who have already participated safely and effectively in the Trustees' controlled archery hunting programs will be given permission to take part in the hunt. COVID-19 guidelines will be in place. "It's a socially-distanced activity anyway," Gallagher said.

Hunters are required to wear "hunter orange" clothing so they can be easily seen. Adherence to safe hunting protocols is required.