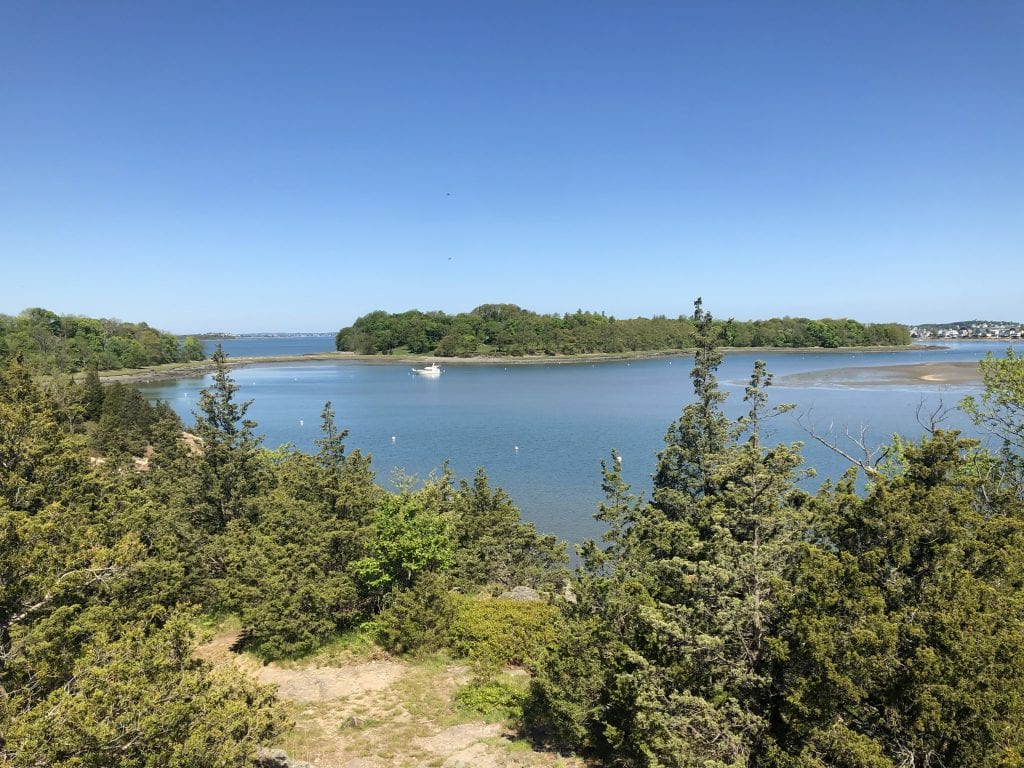 Attention, boaters! As the boating season ramps up, there are new COVID-19 regulations for the World's End mooring field.

The town is following all state COVID-19 boating regulations, and at Harbormaster Ken Corson's recommendation, is taking them a step further on the local level by allowing only 2020 Hingham mooring docking permit holders, for anywhere in Hingham waters, to anchor in the World's End mooring field. These include private marina, Inner Harbor, and yacht club permits.

This is because state COVID-19 regulations prohibit the rafting (any group of two or more boats that are stationary and congregated together, whether anchored or secured to one another) or tying up of more than one boat to a mooring or an anchor.

There are about 1,500 permit holders and 40 World's End moorings. The new local COVID-19 regulation means only 40 boats will be allowed to tie up to the 40 existing moorings, and boats can only anchor if they are displaying a Hingham 2020 mooring docking permit.

However, Corson said he doesn't expect all 1,500 of those boat owners to rush to World's End all at once, since that hasn't happened in the past.

It has not been unusual during past boating seasons for between 100 and 200 boats, and up to 400 during peak times -- many from the Greater Boston area beyond Hingham, including Charlestown, Cambridge, Winthrop, and Quincy -- to tie up to the 40 moorings. 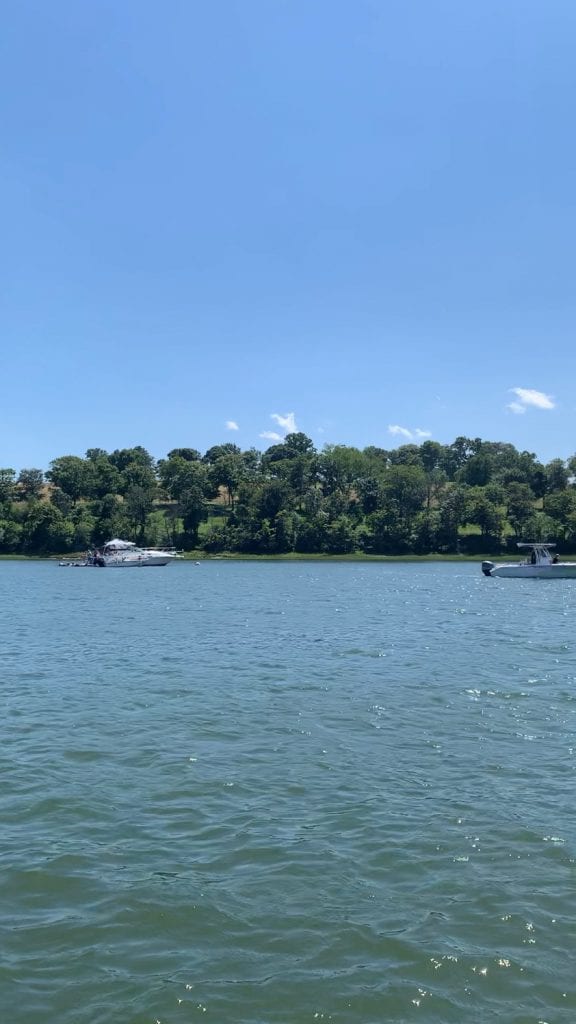 "With several boats tied up to a single-point mooring, it would be difficult to maintain the appropriate social distance between boats [and their passengers]," Corson told the Selectmen last night during a teleconference meeting. "For example, if five boats are tied up to each mooring, that's 200 boats."

Selectman Mary Power shared those concerns. "I believe the intent of the governor's [COVID-19 boating] order is to manage the number of people gathering," she said. "There's a safety consideration when boats are [moored or] anchored too close to one another, with the possibility of lines getting tangled and boaters jumping into the water to untangle them. That would be a safety issue not only for boaters but also for the harbormaster staff, especially if there is a large gathering and no one is wearing a face mask."

While the number of anchors that can be dropped is not fixed, Corson told the selectmen -- who approved the new local regulation last night after much discussion -- that if boaters arrive intending to drop anchor and find that there's not enough space to distance their boat 50 feet from surrounding boats (according to the COVID-19 state regulation), they are expected to turn around and head back.

"Hopefully they will do that," Corson said. "If they don't we will guide and educate them [about the new temporary regulation]."

Camera helps to patrol the area

Corson and other harbormaster staff will routinely patrol the area to ensure that  enough boats aren't congregating to potentially jeopardize public safety.

There's also a camera in the area that will help keep an "eye" on what's happening at that location to avoid the water being over-populated with boats.

Selectman Karen Johnson expressed concerns about the enforcement plan, but Corson gave assurances that he and his staff are up to the task. "I think this is a workable proposal, but if not I can always come back before the board," he said.

Before the unanimous vote to adopt the new temporary local COVID-19 regulation, Power advocated for making the decision of whether or not to support it last night,  rather than wait. "The boating season is just beginning, and to start it off with no restrictions at World's End could make Ken and his team's job tougher trying to enforce them later," she said.

While Corson has the authority to issue fines, he's hoping not to do so. "It will be an education process," involving notifying Hingham permit holders by email, posting the information on the harbormaster website, and reaching out to yacht club and marina associations to help get the word out to boaters who live in Hingham, surrounding communities, and beyond.

"This arrangement will be easier to manage and control [the boating at World's End during the COVID-19 crisis]," he said. By restricting use to Hingham 2020 mooring docking permit holders, "we will be able to know who the boaters are and where they come from." 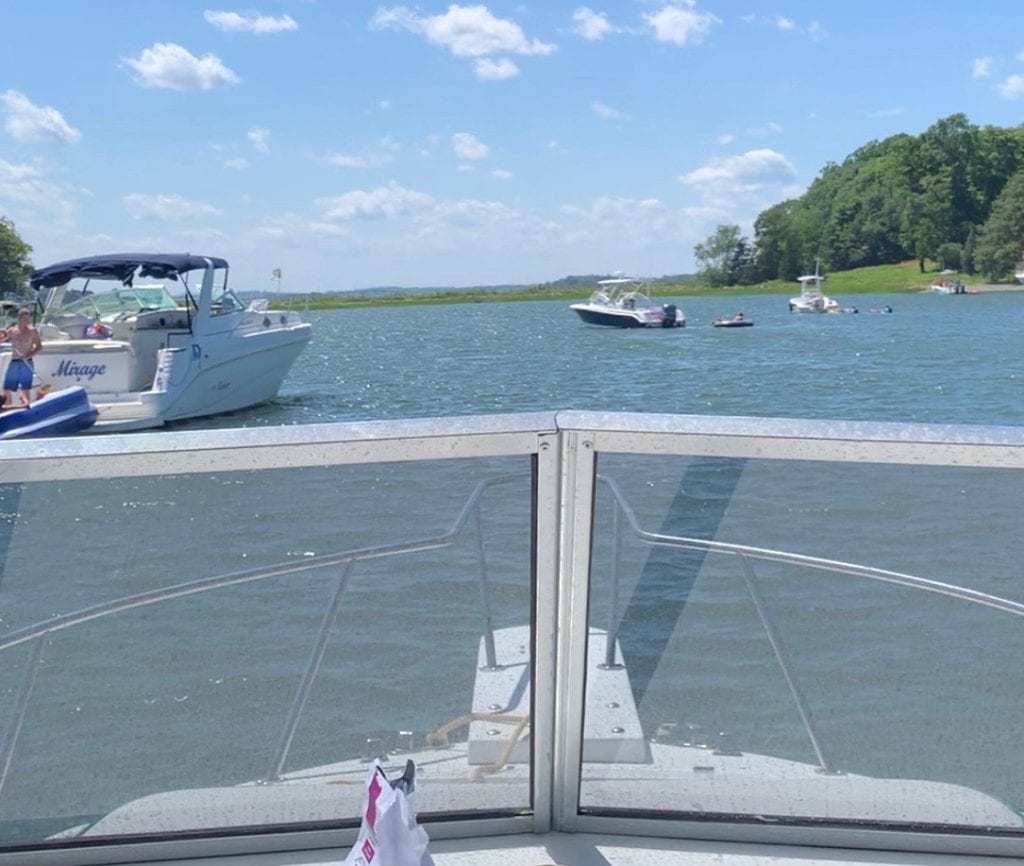 Referring to earlier references to increased boat activity during the July 4th holiday, Olsson said he doesn't think that will be an issue this year since the fireworks have been cancelled. "The easiest way will be for us to have extra patrols in the area and to get the message out there early," he said. "I think in this unique year boaters will adapt and will be willing to make some concessions."

The Selectmen unanimously approved the adoption of Corson's proposed temporary local regulation with the understanding that it could be changed if deemed appropriate after consulting with the police chief, the Hingham Executive Health Officer, and the Selectmen. The vote also required Corson to inform the Selectmen within two weeks of any changes in the related state COVID-19 boating regulations. Boaters and the general public will be informed about any such  changes.

State regulations also prohibit loitering on, or using boat ramps for other purposes beyond launching boats -- in this case the Town Pier near the Iron Horse statue, which Corson has the jurisdisction to enforce. Ramps remain open subject to available parking. A ramp will be considered closed if all parking is full.

All boat ramp and canoe launch users must practice social distancing, allow appropriate space between users of the boat ramp or launch, and clear the
ramp when the boater's launch is complete.

Upon returning to the ramp, users should load their boat as quickly as safely possible and then clear the launch area.

The use of ramps for organized fishing tournaments, derbies, or any other type of gathering is prohibited, as is parking at ramps for activities other
than launching boats.

Masks or face coverings must be worn in public in accordance with the Massachusetts Department of Public Health’s advisory when social distancing is not possible.