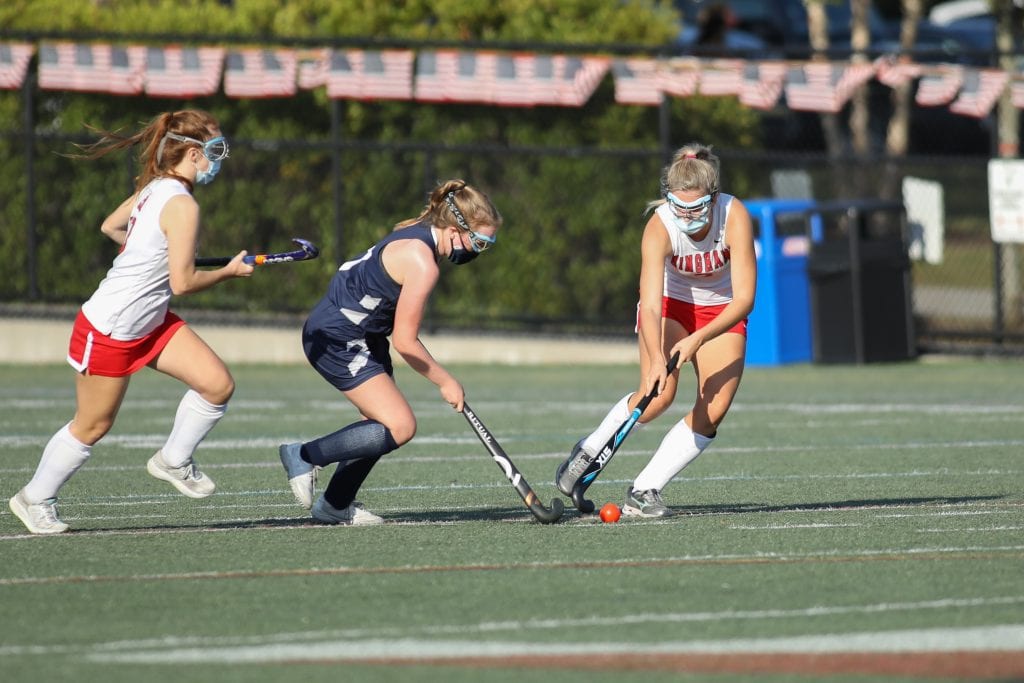 Hingham High School's Field Hockey team kicked off their season tonight at home against Plymouth North.  The Harborwomen found themselves down early 2-0 until junior Kyle Wilson scored early in the second quarter.  Plymouth North scored again shortly after that taking their 3-1 leading into halftime.

Hingham clawed their way back into the game behind some outstanding goaltending by senior captain Maddie Decelles.  With almost halfway to go in the fourth quarter, senior Katie Hartnett scored on a penalty shot cutting North's lead down to one again.  Then with less than 4 minutes remaining, Wilson scored her second goal of the game to tie it up 3-3, which ended up being the final score.

"I am really proud of my team," says Head Coach Susan Petrei. "We were down 3-1 and we were able to keep chipping away and coming back, which is really huge and definitely a confidence builder going into the season."

"They're fast, they're skilled," Petrei says describing her opponent. "Plymouth North is a fantastic program."

Like many of the high school fall sports, field hockey also has some pretty obvious modifications this season, namely going from 11v11 down to 7v7.

"It's such a different game than usual and even though we've had a couple of scrimmages, we didn't really know how it was all going to play out. We subbed a lot in 7v7, which is different than regular season and I have to give to my entire bench.  Every player that went in, we really kept that level of play."

"I couldn't be happier with the results." 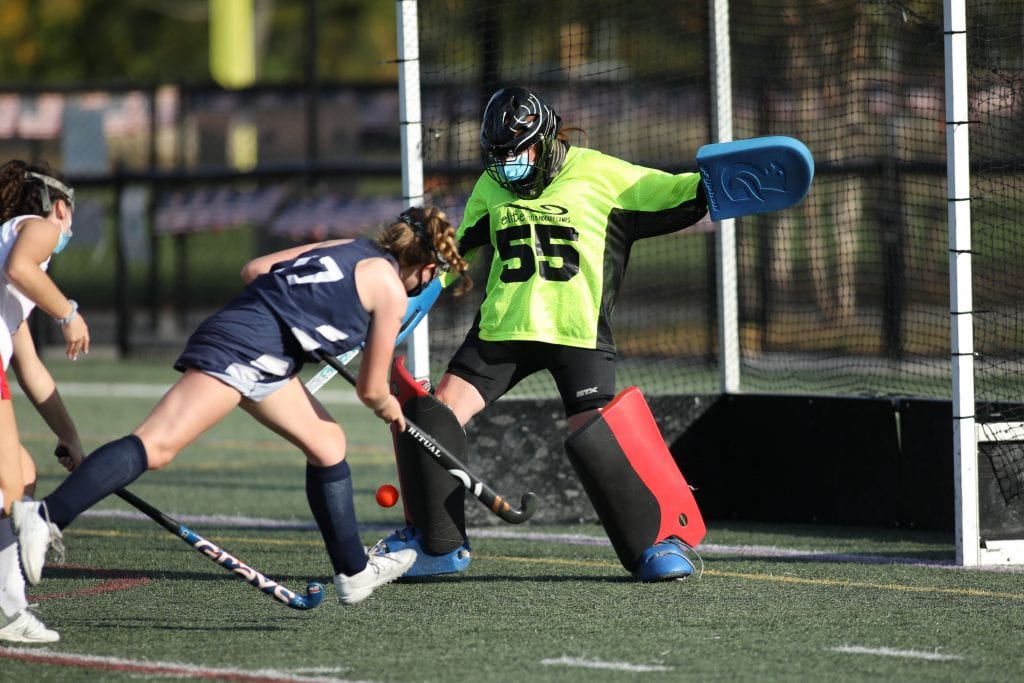 Senior Captain Maddie Decelles made some tremendous saves, shutting out Plymouth North in the second half. 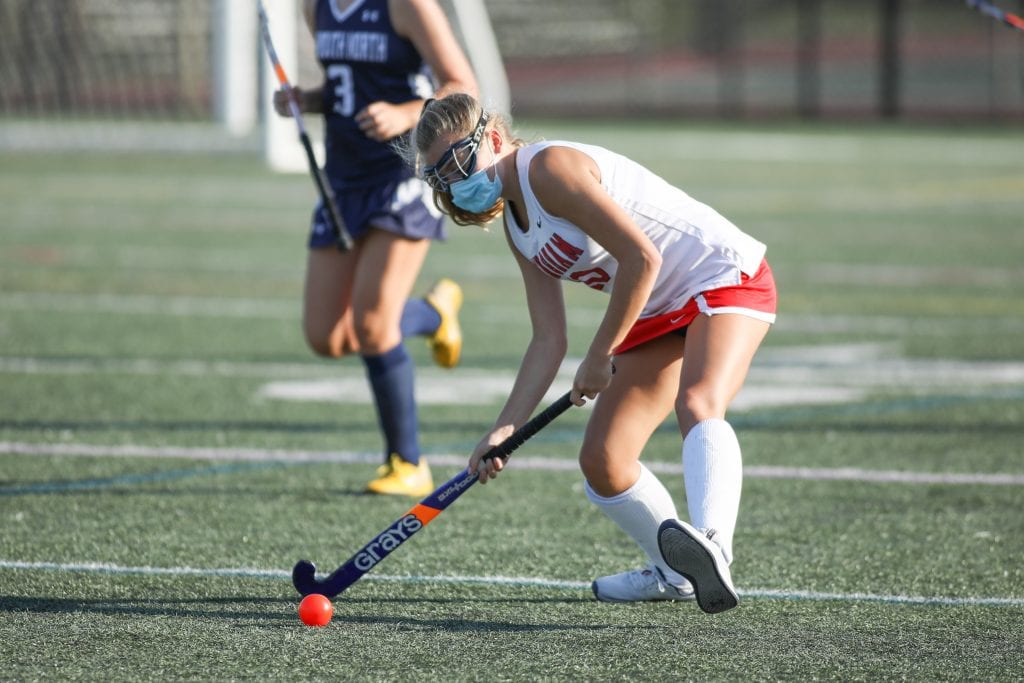 Senior Captain Audrey Cole gets the ball out of Hingham's end in the first half. 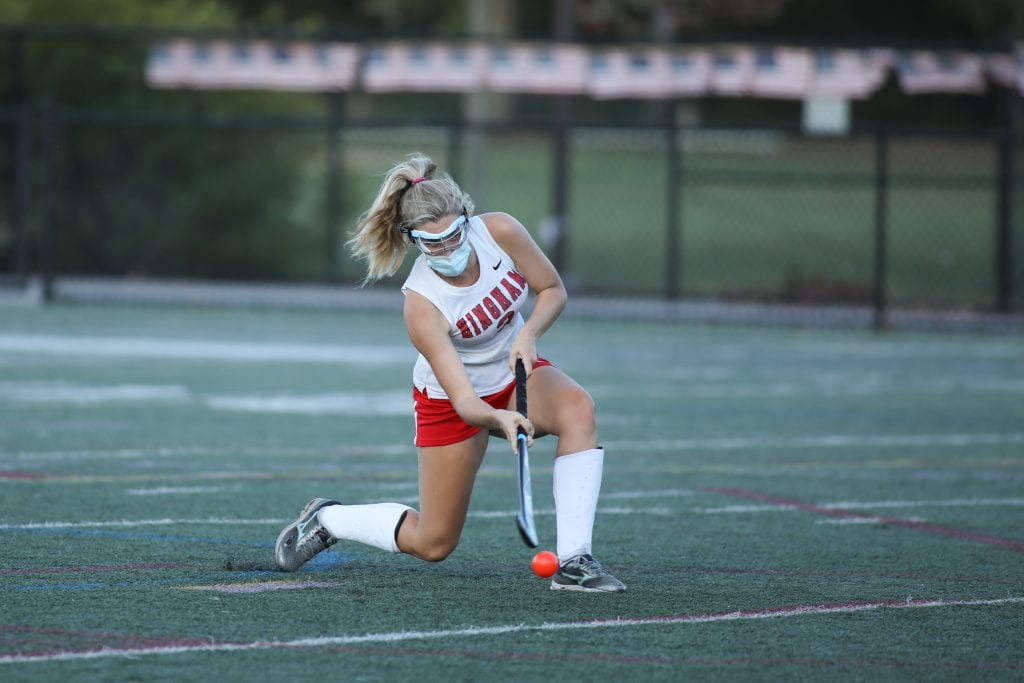 Senior Katie Hartnett scores on a penalty shot in the 4th quarter. 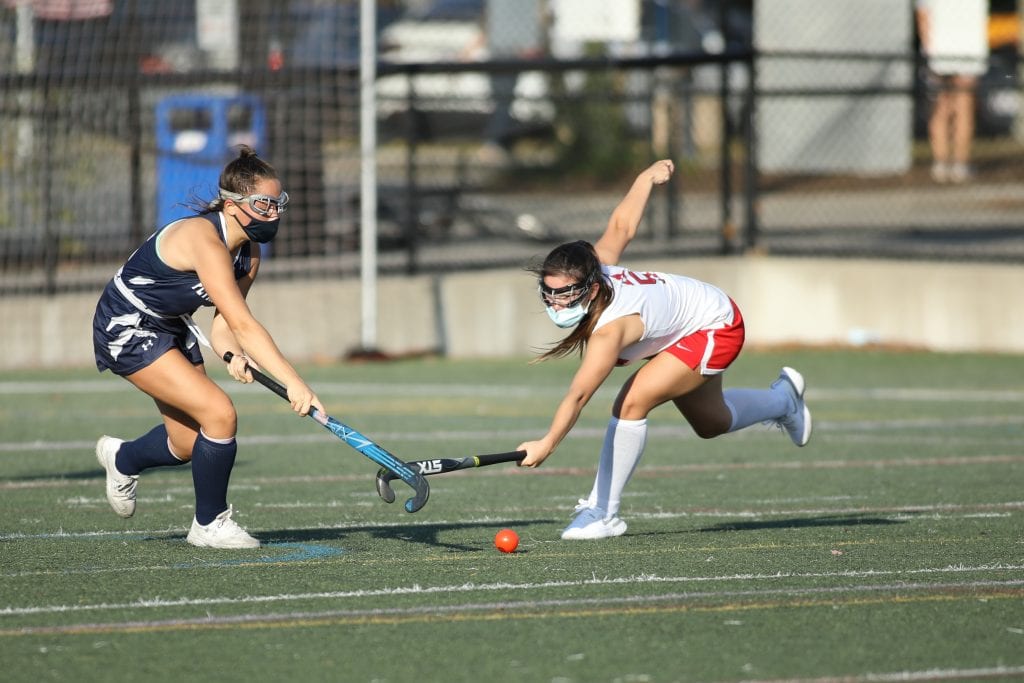 Sophomore Ellie Savitscus stretches to knock the ball away from her opponent. 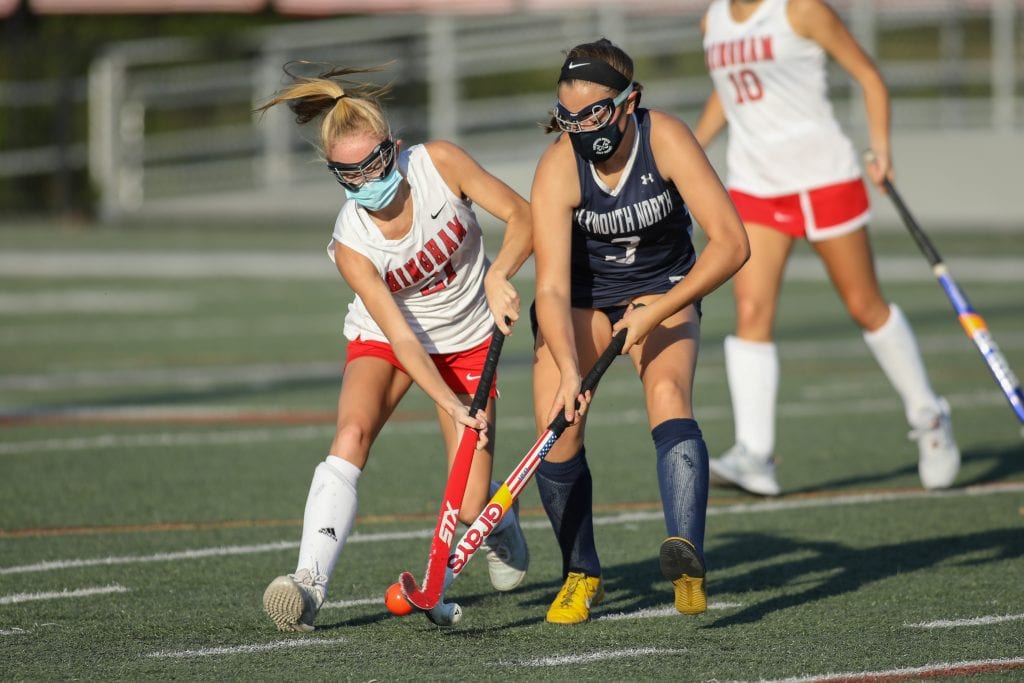 Kenzie Wilson battles for the ball late in the game. 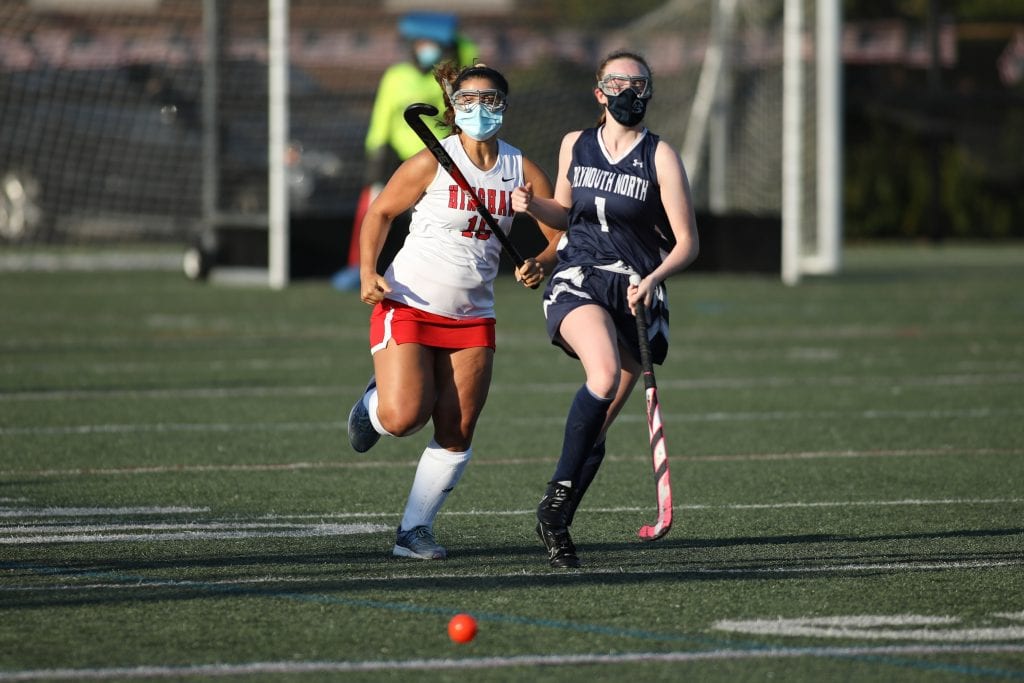 Senior Coco Hernberg chases a loose ball down the sidelines in the 4th quarter. 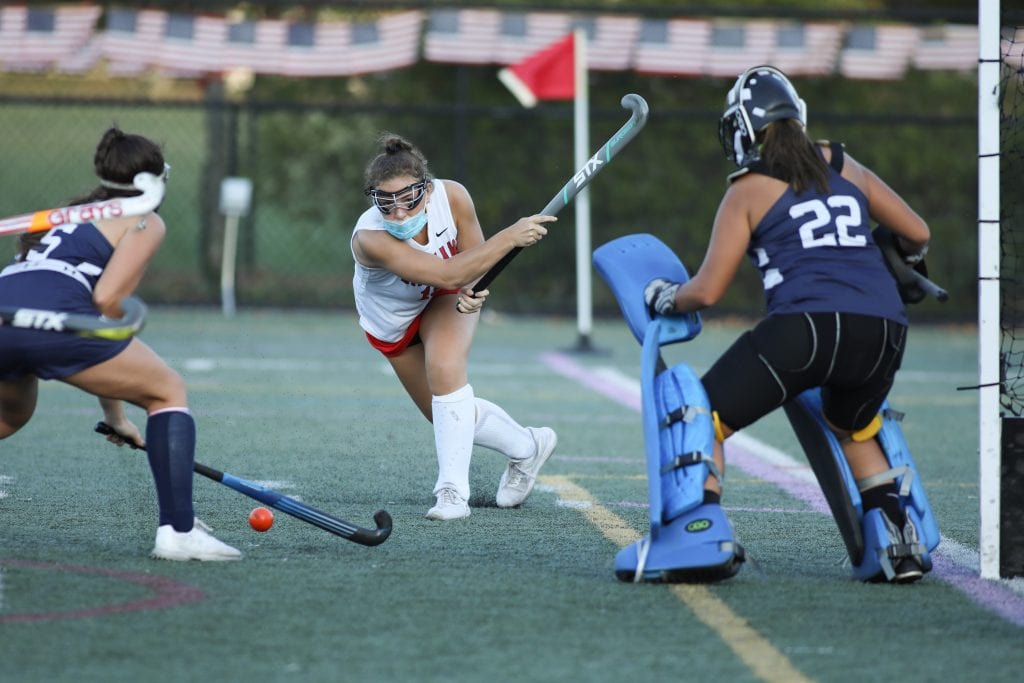 Junior Kathryn Karo fires the ball towards the net.