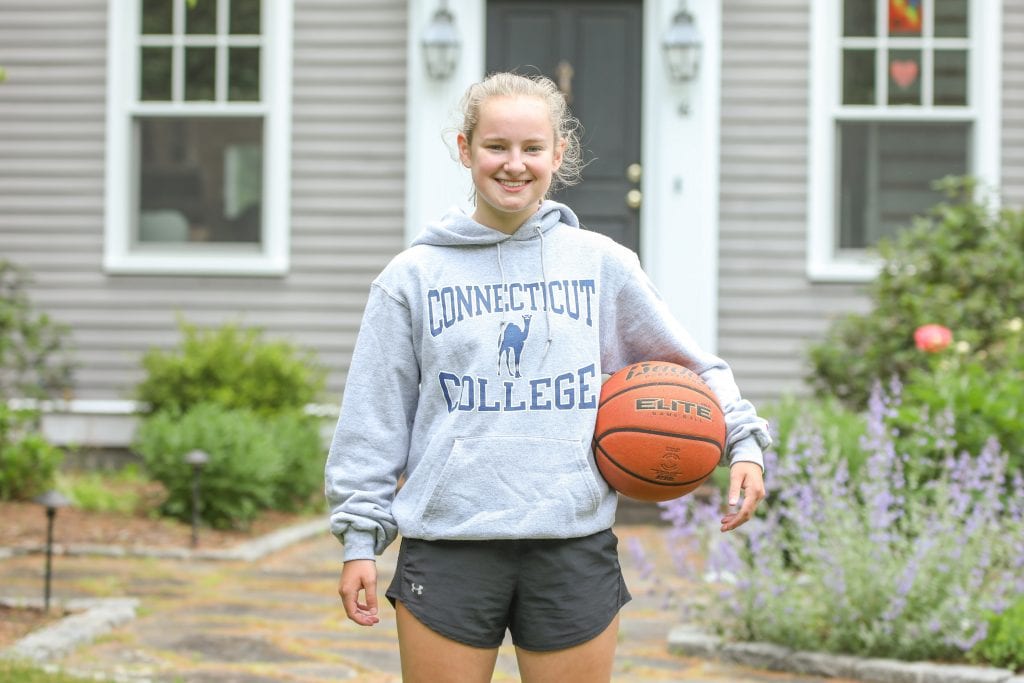 Anybody who’s watched a Hingham High Girls Basketball game the past few years knows that Grace Bennis is the best shooter on the floor.  The Senior Captain now has a chance to prove she is the best shooter in Massachusetts when she participates in the A Shot for Life Challenge on August 1st at Starland Sportplex in Hanover.  She’ll compete against 15 other top girls in the state for the opportunity to be named “The Best Shooter in Massachusetts” and, more importantly,  help raise money for cancer research.

“It means a lot to me because I get to use my favorite sport as a way to raise money for a great cause,” Bennis shared with the Anchor when asked about being selected. “I am very privileged to have this honor.”

The A Shot for Life Challenge was created by Mike Slonina to raise money for the Dr. Curry Research Laboratory at Massachusetts General Hospital.  The laboratory focuses it's research on malignant brain tumors.  The motto for this year’s challenge is “it takes what it takes” according to a recent press release.  Slonina added “we will move Heaven and Earth if that’s what it takes” given all the obstacles everyone is facing in the era of Covid-19.  One of the challenges for Bennis is that the competition is scheduled as the same day as the Hingham High School Class of 2020 Graduation, so Slonina has graciously allowed her to complete her challenge the day before to avoid the conflict.

The Challenge is a test of skill and endurance.  Participants will have to shoot continuously for 2 hours from various spots on the basketball court, with only a short break in the middle.  Bennis, who will be continuing her basketball career at Connecticut College next year, says her "college workout schedule is coming in handy in order to train for A Shot for Life.”  Athletes were chosen after a lengthy evaluation process that involved months of research of players from all over the state.  She found out a few months ago that she had been chosen.

“She’s obviously a very good shooter, but in the selection process, there were a lot of good shooters on the watch list and picking between them can get very difficult,” Slonina tells the Anchor.  “What separated Grace for me is that I was really struck by her competitiveness and basketball IQ.”  He goes on to say “she’s a kid that is very crafty offensively and is adept at creating space for her shot.” 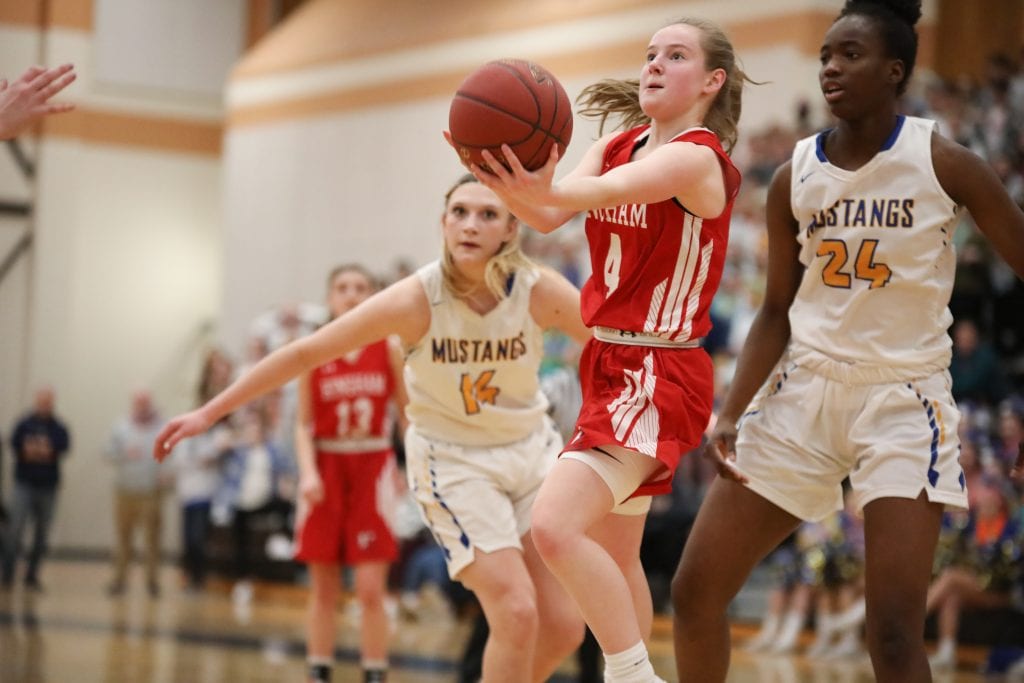 Character is a major factor in the selection process, according to a post on the A Shot For Life Challenge Twitter feed.  Girls Basketball Head Coach Eugene Buczynski can attest to Bennis' character.

"Grace is an excellent player and over her four years has helped change people's opinion of Hingham Girls Basketball."  He adds "she has not only made a huge impact on the court, but her influence on the youth program has been very noticeable.  Girls come to camps and to our games and really enjoy seeing Grace play."

This is not the first time Bennis has been recognized for her abilities beyond the local scene.  In March of 2019, on ESPN’s broadcast of "Around the Horn," Hingham resident and legendary sports journalist Bob Ryan, gave her a shout out on national television.

“I was immediately captivated by her game,” Ryan explains to the Anchor as he recalls attending his first Hingham High School Girls Basketball game last year.  “I went into the game cold, knowing nothing of the team, after I was guilted into going to a game by Coach Buczynski at a Coaches vs. Cancer Event.”  Ever since, he has been one of the regulars at every home game.  “I love everything about her game.  She’s a total point guard.  She can do everything.”  His favorite moment of the season was when Bennis “came out firing” during the game where she needed just nine points to break 1,000 career points.

It has been quite a year of awards and honors for Bennis, including the first basketball player in Hingham High history to ever score 1,000 points. She has also been named Patriot League Keenan Division MVP, a Patriot Ledger All-Scholastic, a Boston Herald All-Scholastic, recipient of the Hingham Girls Basketball Coach’s Award, and now the first female player from Hingham to be selected for the A Shot For Life Challenge. Each player selected for the Challenge has committed to raise at least $1,000 for cancer research.

“Hopefully, people will pass along the message of this great cause and help me raise money to donate to cancer research,” shared Bennis.

To donate in Grace Bennis' name, please visit https://www.gofundme.com/f/2020-a-shot-for-life-challenge and make sure you identify that your donation is for Grace Bennis in the appropriate field.