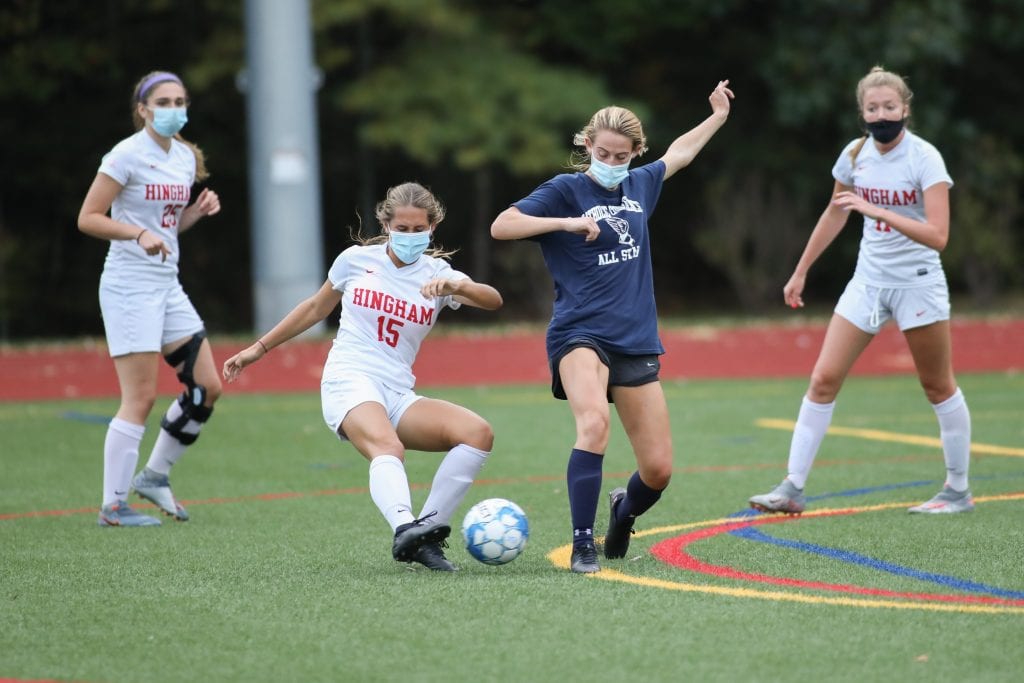 In their final scrimmage before their season kicks off on Friday, HHS Girls Soccer had an impressive showing against cross-town rival Notre Dame Academy last night.

The new modifications to high school soccer didn't seem to slow down the action or the pace of the game.  Even with no throw-ins, headers, sliding, or intentional physical contact, it still looked and felt like a soccer match.

The game was close early on with Hingham taking an early 1-0 lead on a goal from junior captain Ava Maguire at 11:21 in the first quarter (new rules have the games split into four 20 minute quarters). They added to their lead seconds into the second quarter with a goal by freshman Claire Murray.  NDA cut into the lead half way through the second, which ended up being their only goal of the game.  The Harborwomen pulled away in the second half on goals from senior Emma Sharp and two more from Murray giving Hingham the 6-1 victory.

"I thought we played exceptionally well tonight," says first year head coach Sarah Dacey.  "I thought everyone stepped up and we were able to create so many more scoring opportunities, multiple people scored, and I feel really good at where we are at and hopefully we continue to play as well as we did tonight." 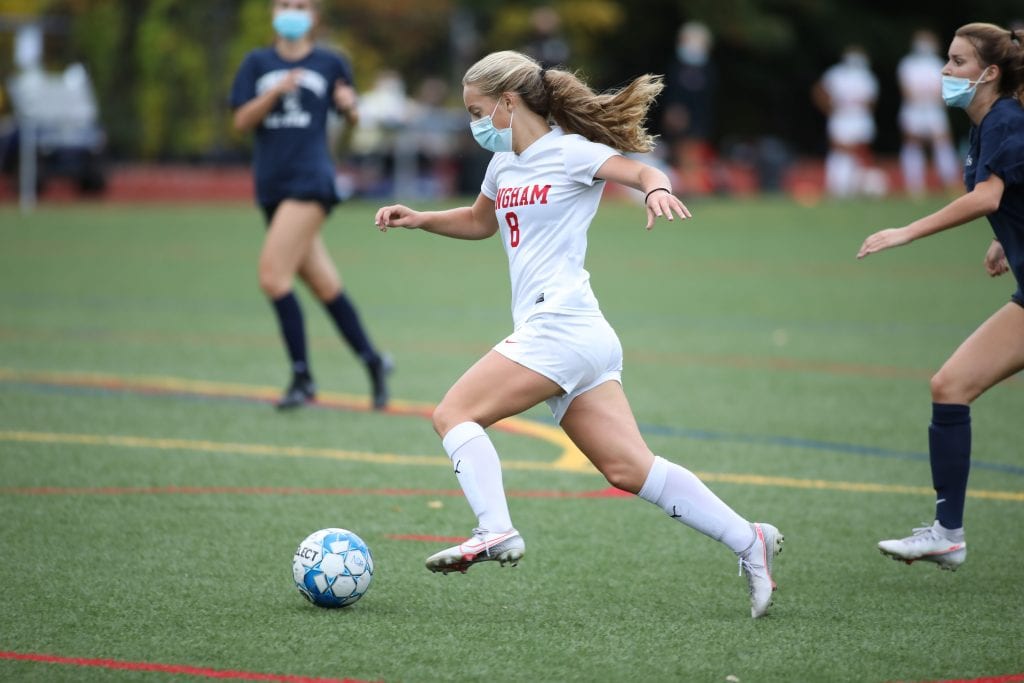 Sophomore Sophie Reale breaks away from the NDA defenders in the first quarter. 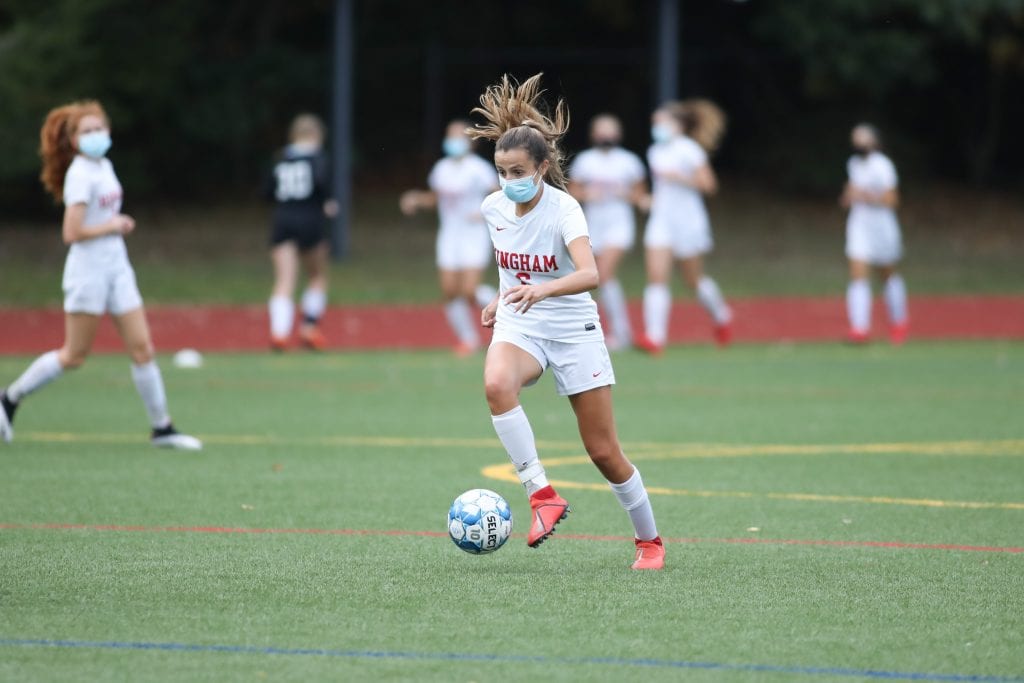 Sophomore defender Maddie Aughe brings the ball up the field in the the first quarter. 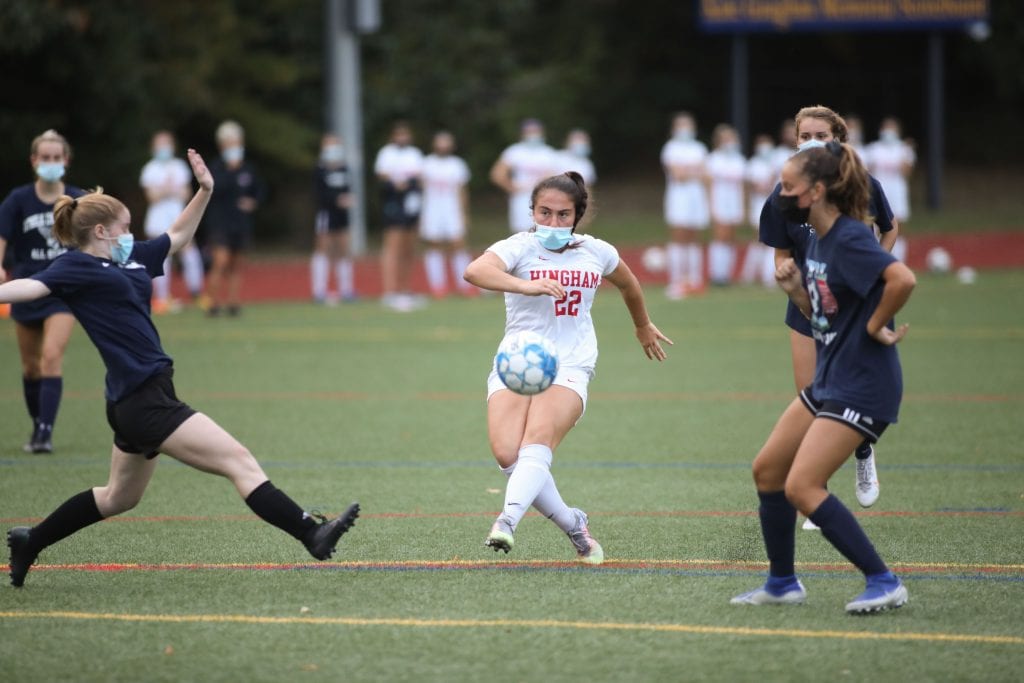 Junior Olivia Sharkansky shoots on goal early in the game. 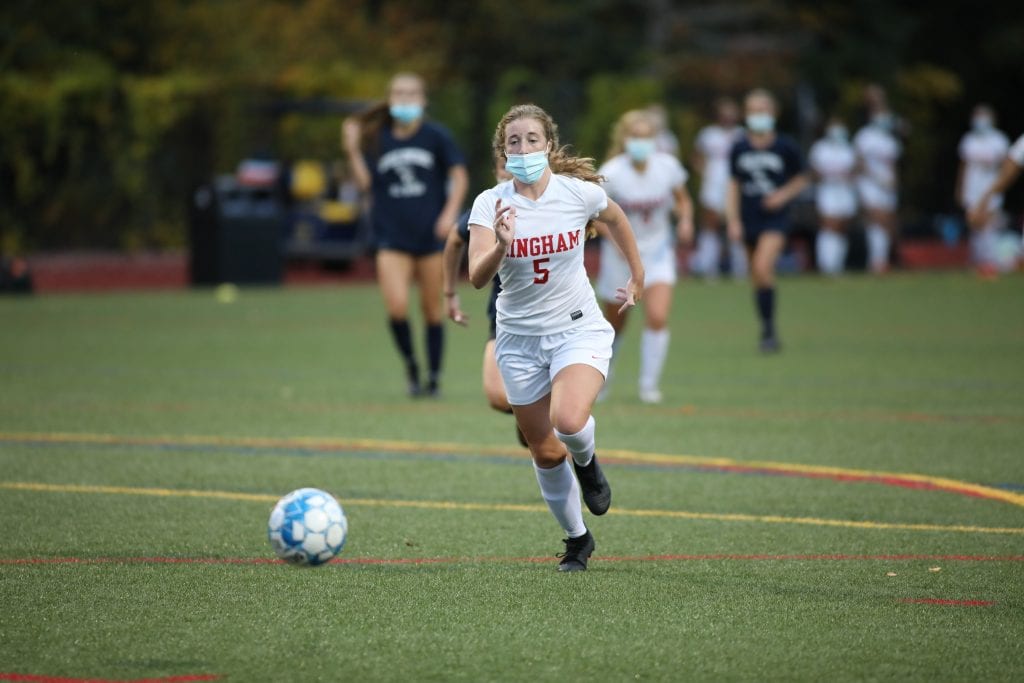 Junior captain Ava Maguire right before she scores giving the Harborwomen a 1-0 lead. 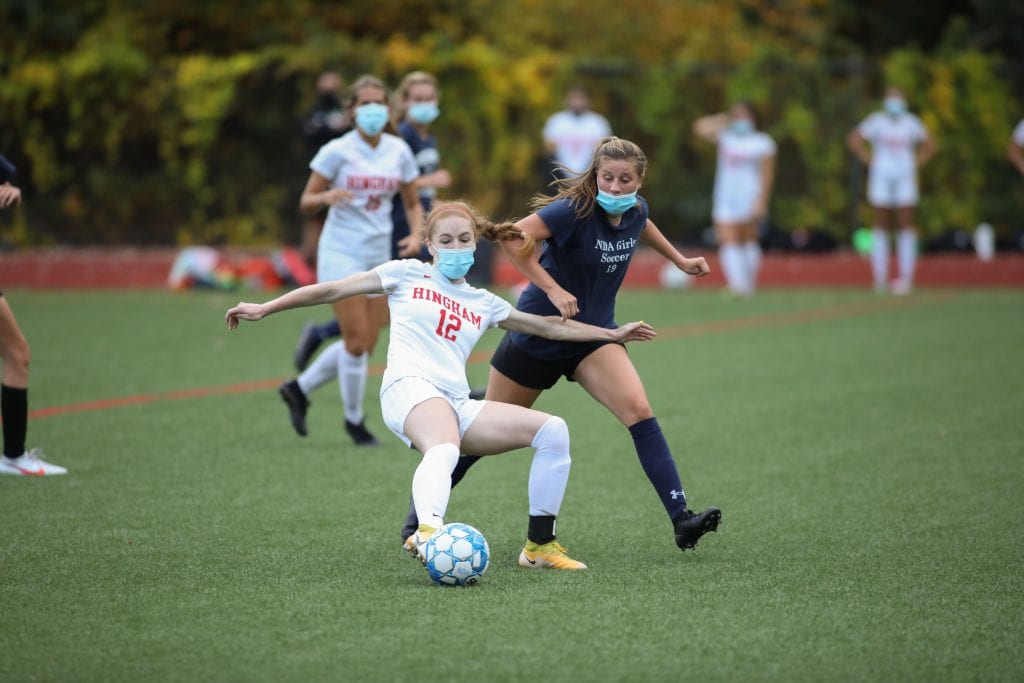 Freshman Claire Murray had an outstanding game scoring 3 times in the match. 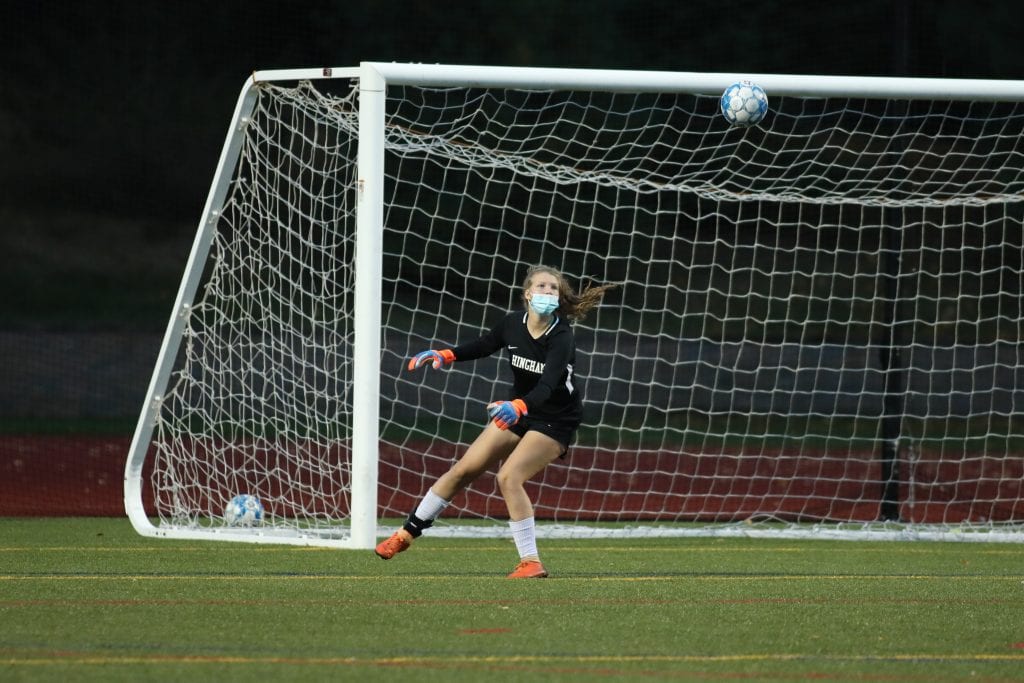 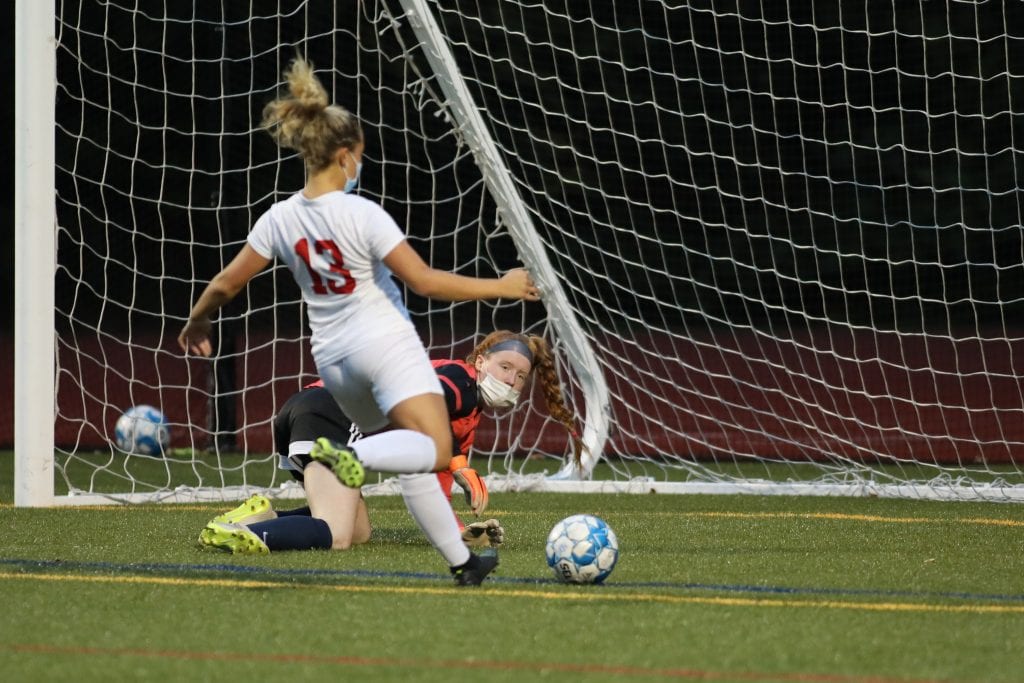 Senior Emma Sharp put the finishing touches on the game scoring the Harborwomen's 6th goal of the night late in the 4th quarter.