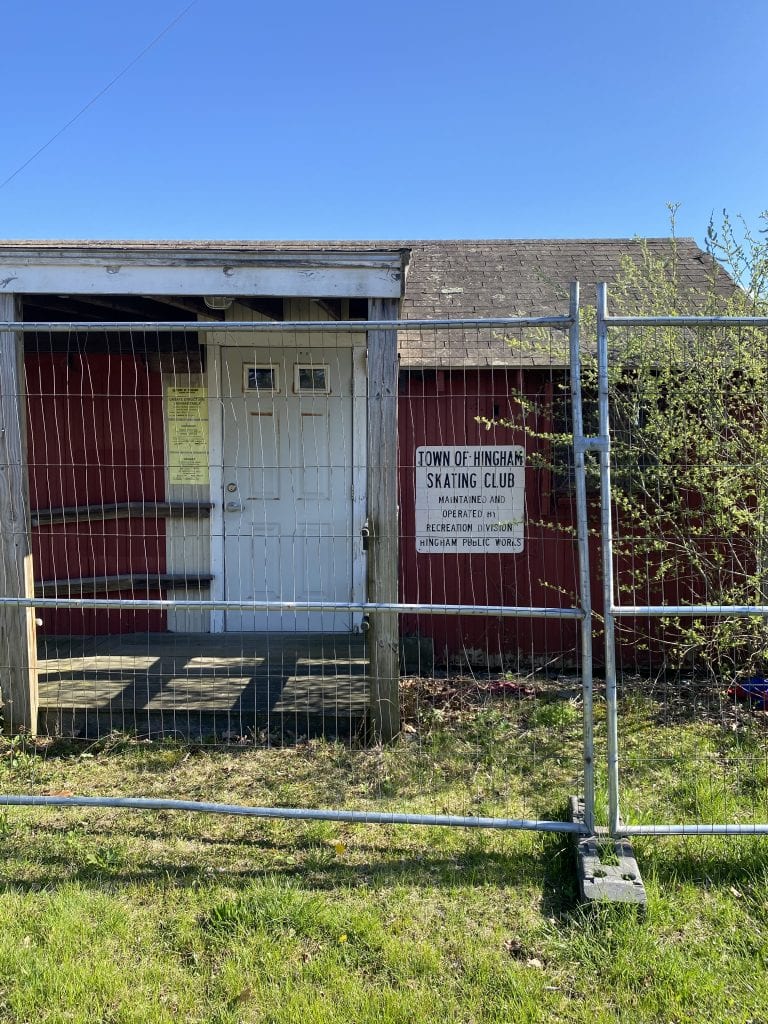 The East Street skating pond has been the go-to place to skate and play ice hockey for decades, with generations of Hingham families returning year after year.

The skate house -- a red hut on the right side of the street if you're heading from Hingham toward Cohasset,  where skaters warmed their cold hands and enjoyed hot chocolate in front of a crackling fire -- closed early this year after a structural engineer hired recently by the recreation commission -- which owns the building -- deemed the deteriorating building unsafe for public use, and any repairs would be costly.

The recreation commission, while it owns the building, does not control the pond. A temporary fence now surrounds the structure for safety reasons. The historical commission recently assumed the monthly payment of about $300 a month to keep the fence up -- for May through July -- from its preservation projects fund. 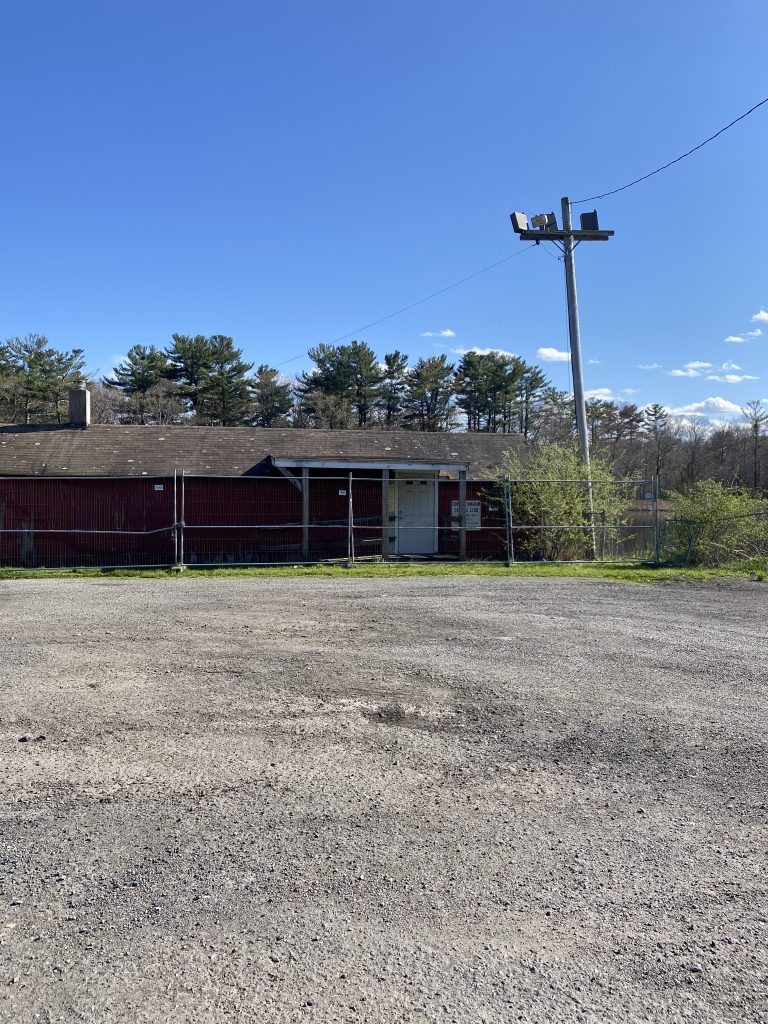 The historical commission met last night to talk about next steps. There was a great deal of discussion about possible ways to save a portion of it, at the least possible expense and in the least complicated way possible.

One thought was to preserve part of the building and turn it into a small take-out window for the sale of hot chocolate  or to create a space where skaters could simply put on their skates or take a break from the cold.

Another possibility might be a smaller-scale project that preserves the essence of the building that could be further expanded if there's enough interest, all subject to the necessary approvals following a cost estimate and other considerations and a successful fundraising effort. Recreation commission approval would also be required.

Historical commission member Stephen Dempsey made the point to the Hingham Anchor recently, "Once the skate house is gone, it will be gone forever, and we won't get back this piece of Americana again." However, he said at the meeting, "If we can't save it, we can't."

When he was 19, Dempsey was hired as a summer worker for the recreation department, which at that time fell under the DPW.  He recalls helping to clear the ice of snow in the winter of 1985 and selling tickets to skate -- $1 at the time. Before the skate house was closed in early 2020, the cost to skate was only $3.

Dempsey recalls that in 1985, when he was working for recreation department head Jack Dwyer, he claimed that the building was formerly an ice house built somewhere around 1900.

"Our records say it was built in the 1930s," Dempsey said. "My father, Jack, who grew up on North Street and was one of the 'Cove kids,' told me stories about playing hockey at the skating pond against Cohasset around 1938 and 1939, when he was 15."

Dempsey was hired full-time in 1990 for a recreation department position and remembers that a new roof was installed in the early 1990s and the back deck secured.

He has in his possession a list of people who expressed support earlier for renovating the skate house. "I do think there is public interest, but whether we can get anyone to [contribute to such a project] might be a different conversation," Dempsey said.

Commission member Sarah Carolan said her fear is that if the commission grants a demolition permit "to rip the building down tomorrow, what about all the people on Steve's list who wouldn't have a chance to weigh in, mobilize, or fund raise?"

"I don't think there would by any interest in a storage shed [as earlier proposed] that's not going to get used," Carolan continued, but further exploration of stabilizing and restoring a portion of the skate house might garner community support.  "I think rather than just pull the plug, we should explore the [possibilities] further."

At one point the historical commission suggested that part of the building might be saved and used as a storage place for hockey gear, but there wasn't a need for it.

The next step is for a subcommittee of the commission formed earlier to reach out to the building commissioner to see if part of the building could be salvaged as a usable space without a lot of constraints or requirements, before even considering a structural engineer to assess what's needed in order to determine an estimated cost. Recreation commission approval would also be required since it owns the building.

When contacted by the Hingham Anchor, Recreation Commission Chair Vicki Donlan said the commission took a vote at their April 3 meeting to demolish the building "as per the suggestion of the building commissioner for the safety of the public."

In order for the entire building to be saved -- which is not the historical commission's goal -- the building would need a new foundation, roof, and sides and could not be used by the public unless brought up to present-day codes -- including handicapped-accessibility and a restroom -- which would be very expensive to do, Donlan said.

"The safety of the public is in jeopardy. We understand there are a lot of sentimental memories, but there are no funds available and the building needs to come down," she said.

Besides, Donlan said, the skate house "hasn't been open for two years because there hasn't been any ice."

Recreation Department Director Mark Thorell shared his perspective with the Hingham Anchor. "The recreation commission and I have looked into the feasibility of saving the building for the last six years," he said.

Looking back, in 2014 the recreation commission hired a structural engineer to provide a feasibility report, and in the end recommended "not trying to save the current building because it was too far gone," Thorell recalled.

Aftering working with the historical commission and others to see if there was a way to save and then reopen the building, the recreation commission decided not to proceed after learning that the cost of engineering fees would be as high as $120,000, not including construction costs, according to Thorell.

"We understand why the historical commission wants to exhaust all possibilities, but the building is unsafe according to two structural engineers," Thorell said. "We love everything about the skate house and don't like seeing it closed, but there's really no choice."