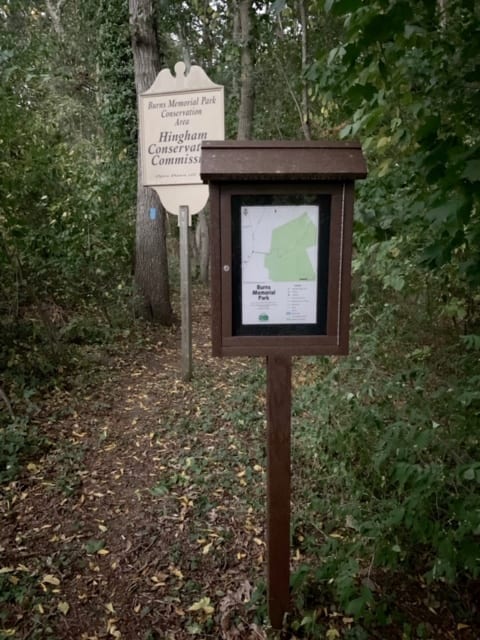 Submitted By Eileen McIntyre, Board Chair of the Hingham Land Conservation Trust.

Some Hingham residents may have heard of Tranquility Grove and its mid-19th century role in helping build opposition to slavery in America. Fewer are aware that the hidden, town-owned Burns Memorial Park marks part of the historic grove’s original site. Anyone who is interested in the fascinating role Hingham played in history 175 years ago, though, may want to mark Saturday morning, Oct.19, on the calendar.

For its Fall Walk that day, the Hingham Land Conservation Trust (HLCT) will commemorate one of our town’s lesser-known historical highlights: the 1844 “Great Abolitionist Picnic” at Tranquility Grove, which then was a private expanse of land owned by members of the Thaxter family. The Trust’s free-to-the-public event, beginning with a 10 a.m. opening ceremony at New North Church, 1 Lincoln St., commemorates the event. The walk also celebrates renewed access to Burns Memorial Park. 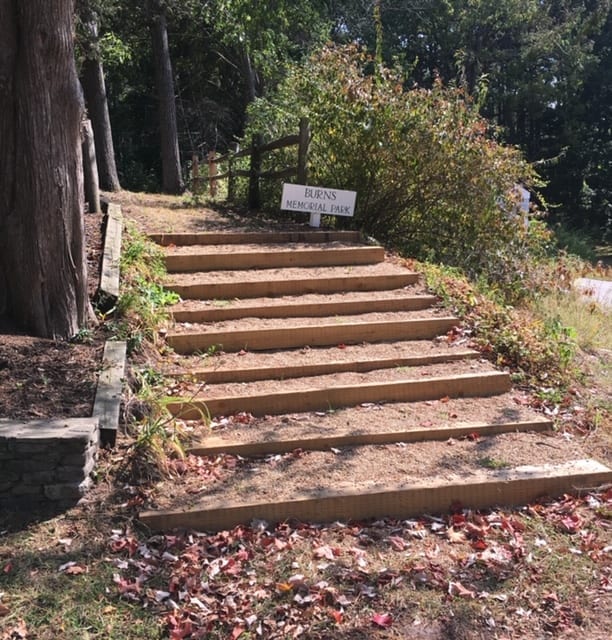 In 1844, the original rally at the grove site attracted an enormous crowd of between 6,000 and 10,000, from the Boston area and beyond. It recognized the 10th anniversary of the United Kingdom’s ending of slavery in the British West Indies. As reported at the time in William Lloyd Garrison’s anti-slavery newspaper, The Liberator, the Hingham event had “no parallel among all the anti-slavery gatherings in the United States on the score of numbers.” And in her 2018 book, “Tranquility Grove: The Great Abolitionist Picnic of 1844”—published with the support of the Hingham Historical Commission—Martha Reardon Bewick writes that the event was “an extraordinary gathering, comparable in intensity, organization, message, color, passion and music, and gentle chaos to today’s marches on Washington.”

Today, Burns Memorial Park is a 26.6-acre public wilderness parkland, town-owned through the Hingham Conservation Commission, within what in the 1840s was a much-larger Tranquility Grove footprint. In recent months the park been restored with new entrance steps, trail-blazing and clearing that make the wilderness park accessible once more.

Banners replicating those used 175 years ago will festoon New North. In addition, members of the Broad Cove Chorale and Unicorn Singers will sing abolitionist tunes from the era. 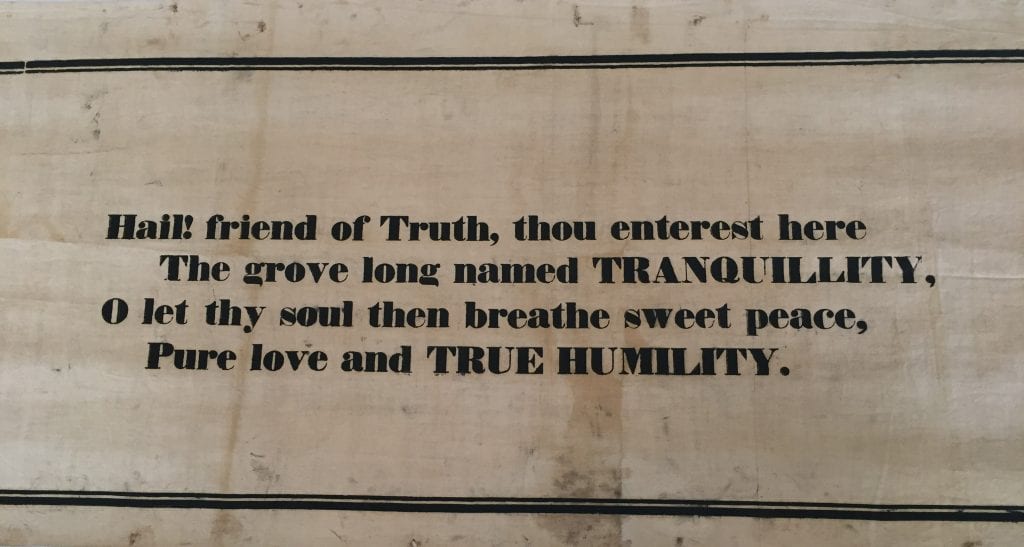 An original banner from the 1844 Tranquility Grove event, courtesy of the Hingham Historical Society

The walk from the church to Burns Memorial Park will be led by members of the League of Women Voters of Hingham, carrying oak branches, as was done by a group of women for the 1844 procession from Fountain Square to Tranquility Grove. (Oak leaves then symbolized strength and endurance.) After the walkers arrive at Burns, Ms. Bewick will offer brief comments about the site, and Harbor Media’s Joe Collymore will read excerpted remarks from famed abolitionist Frederick Douglass—a speaker at the original event. The walk continues to downtown, where the program will end between 11:30 a.m. and noon, with cider and lemonade served at the Hingham Community Center, 70 South St.

In addition to Ms. Bewick and Rev. Aucella, HLCT acknowledges collaboration in organizing the event from Loni Fournier, senior planner for the Hingham Conservation Commission, as well as the Hingham Historical Society and the Hingham Community Center. Also being acknowledged is Hingham’s Jared Mayo, who earlier this year restored the entrance steps from Hersey Street to Burns Memorial Park, as part of an Eagle Scout project. Clearing of the entrance path, and trail blazing and trimming in the interior of Burns, was done by HLCT volunteers led by board member Don Kidston, with guidance and hands-on involvement from Ms. Fournier and Heather Charles Lis for the Conservation Commission. The park kiosk also features a new poster explaining the site’s history.

For more info about the Hingham Land Conservation Trust go to www.hinghamlandtrust.org.