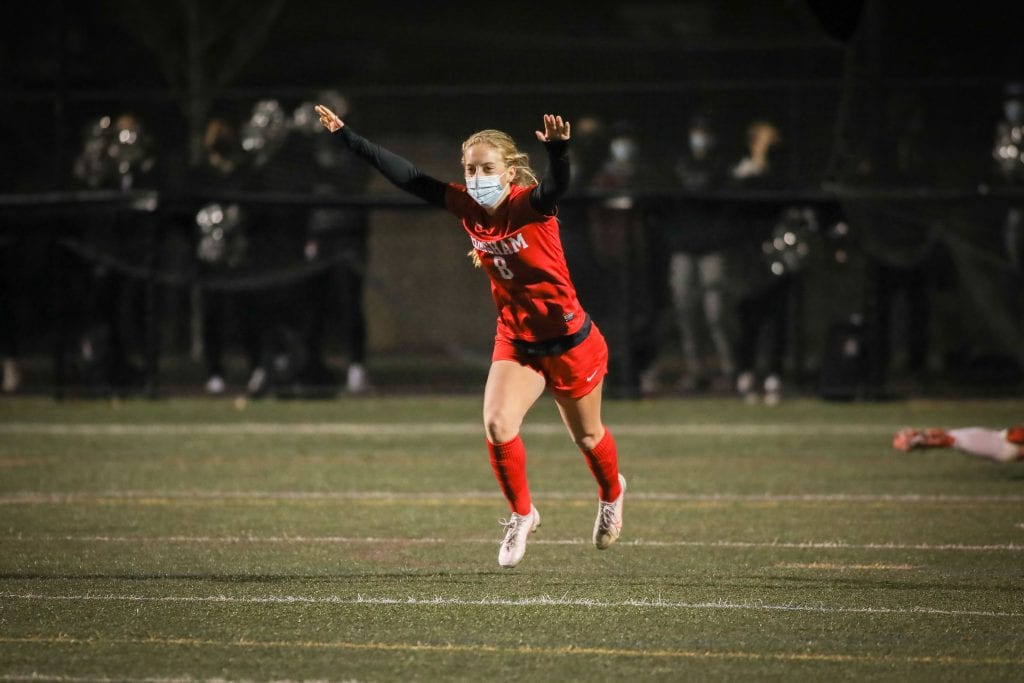 Fresh off of being named the 2020 Patriot League MVP, sophomore Sophie Reale single-handedly carried her team into the Patriot Cup Finals tonight.  Reale scored twice in regulation and then the game winner in the shoot out to give her team the 3-2 win.

The semi-finals match up between the Harborwomen and Whitman Hanson was everything it was hyped up to be.  In their previous 2 matches, WH tied it up with seconds lefts in the game resulting in a tie in their first game and Hingham beat them last week 2-0 to capture the top seed in the Keenan division of the Patriot League.  This game was even through the first half of play until WH scored 7 minutes into the third quarter.  Not 2 minutes later, Reale tied it up on a penalty kick.  The score remained tied until 9 mins left in the game when Reale scored again giving the Harborwomen the 2-1 lead. Then it was like deja vu - with seconds left in the game, WH buried a rebound off a save by junior goalkeeper Kathryn Wilson.

During the two 10-minute, sudden death overtime periods, both teams had some chances, but never cashed in.  In the final minute again, WH had another opportunity to score but this time Wilson made an incredible stop and didn't let up a rebound.  With the game still tied, they moved on to the shoot-out.

Hingham Coach Sarah Dacey decided to switch goalies for the shoot-out, putting in junior Niamh McGuiness.  WH won the toss and elected to shoot first.  The first WH shooter missed the net wide left.  Senior Kate Dalimonte was up first for the Harborwomen and buried her shot in the back of the next.  Next up for Hingham, after WH tied it at 1-1, was junior Riley Cotter, who also scored with ease.  Again, WH tied it up on their following shot before sophomore Claire Murray put one past the WH goalie in the upper right-hand corner of the goal.  The next WH player clanked her shot off the top cross bar.  With Hingham up by 2 with two shots left, all they needed to do was score one more time for the win.  With a trip to the Patriot Cup finals on the line, Reale stepped up to the ball and shot it past the goalie's finger tips in the bottom left corner of the net.

The Harborwomen will meet Pembroke for the championship on Saturday. 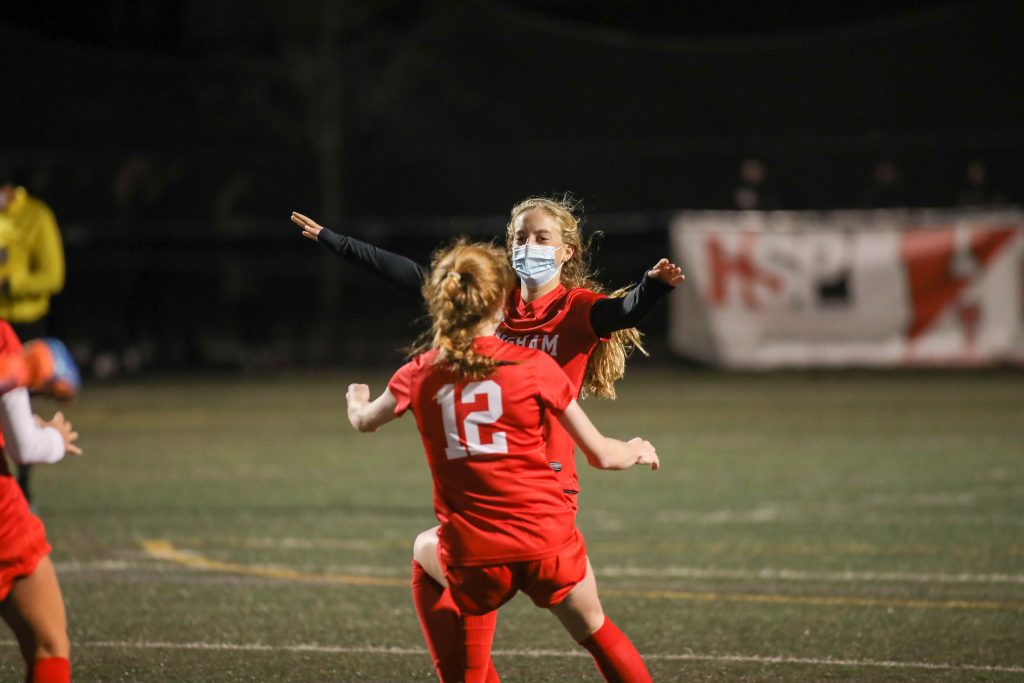 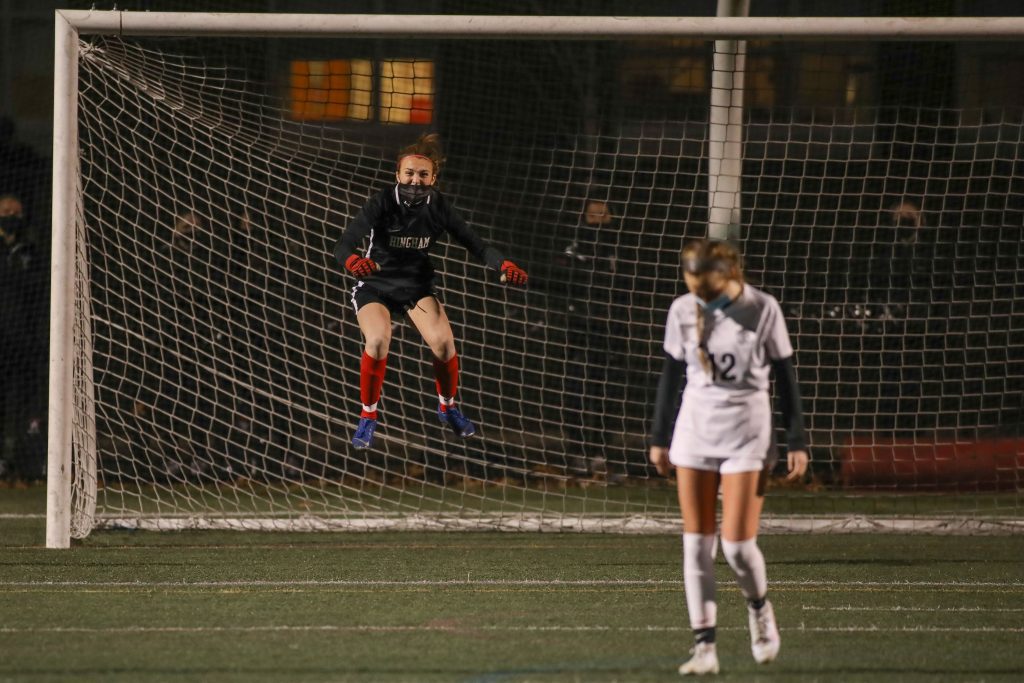 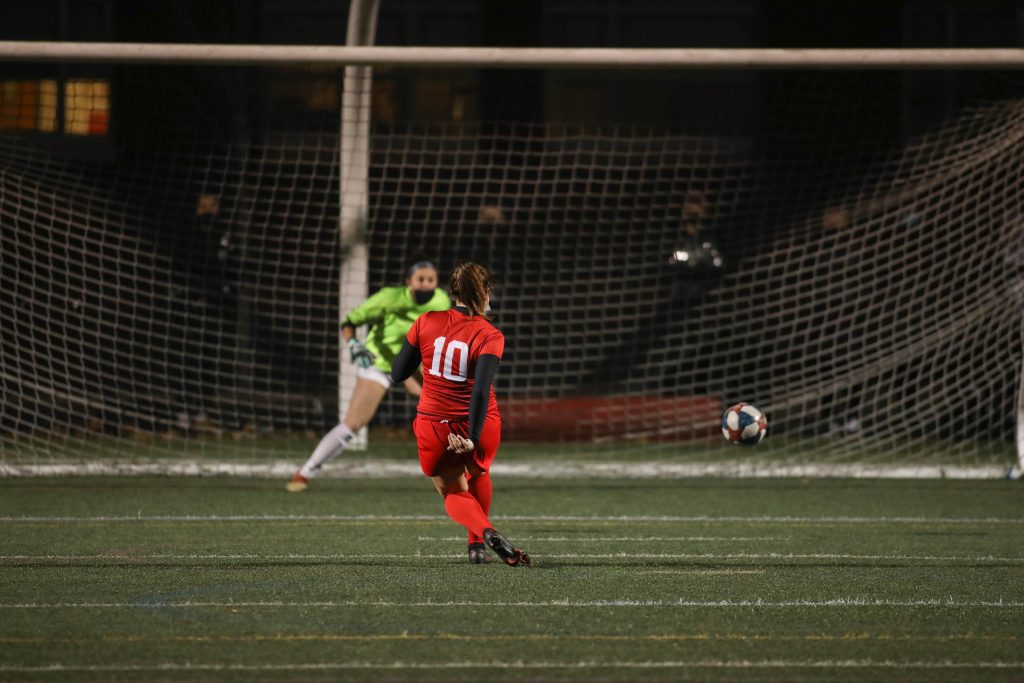 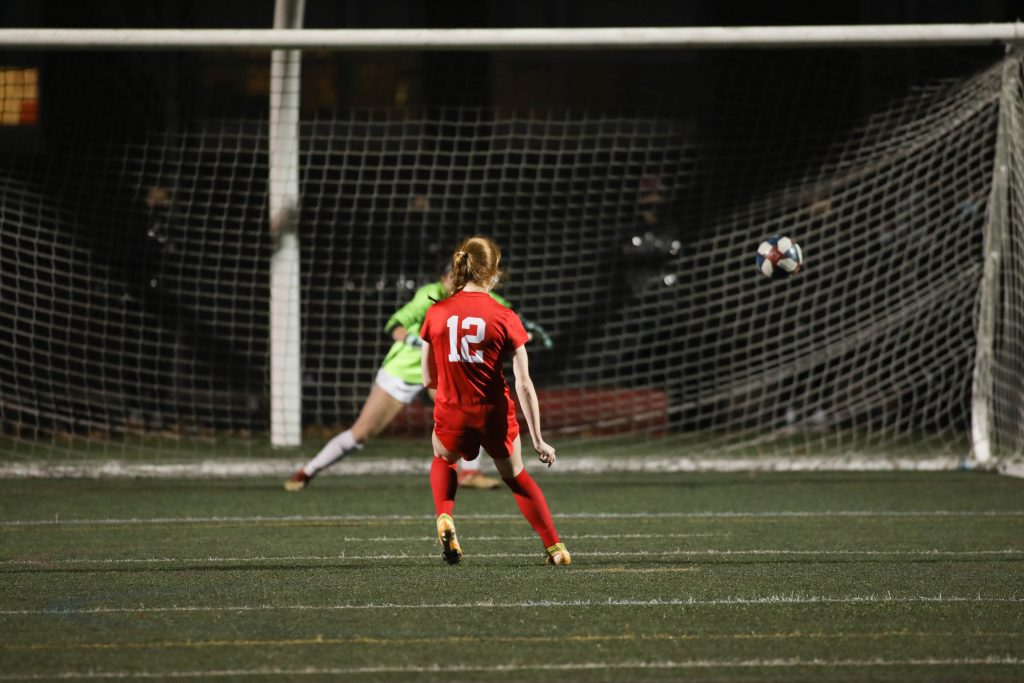 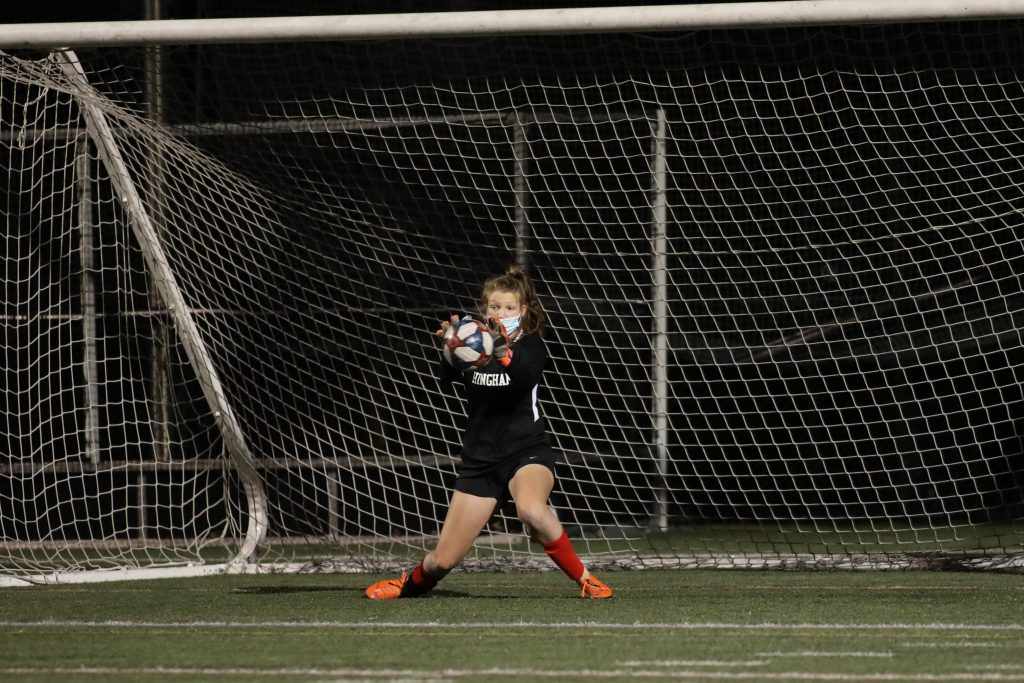 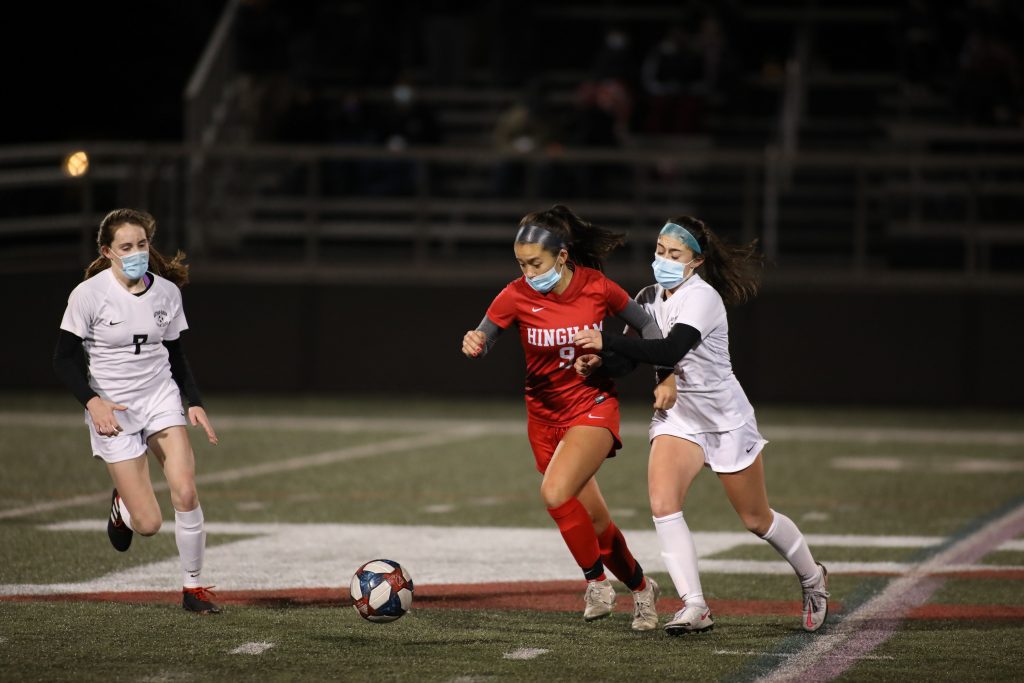 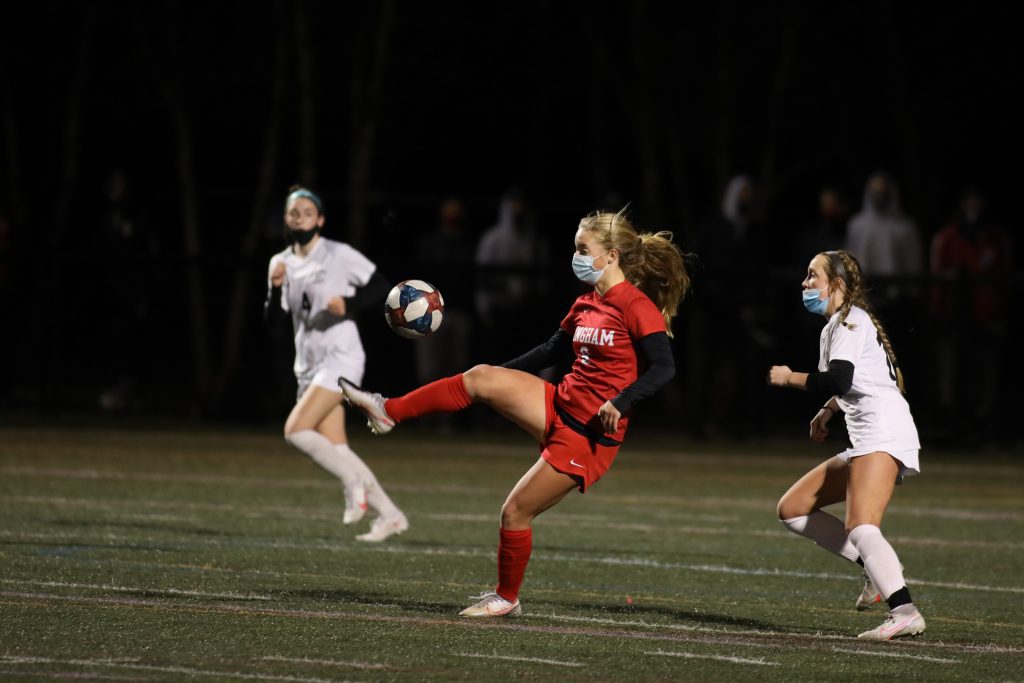 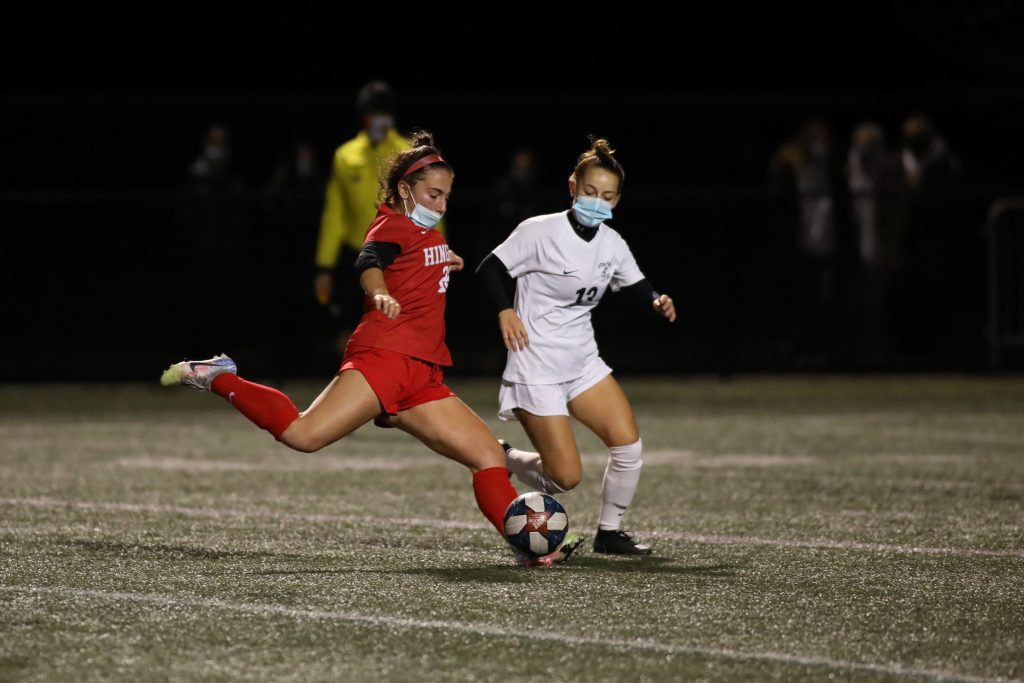 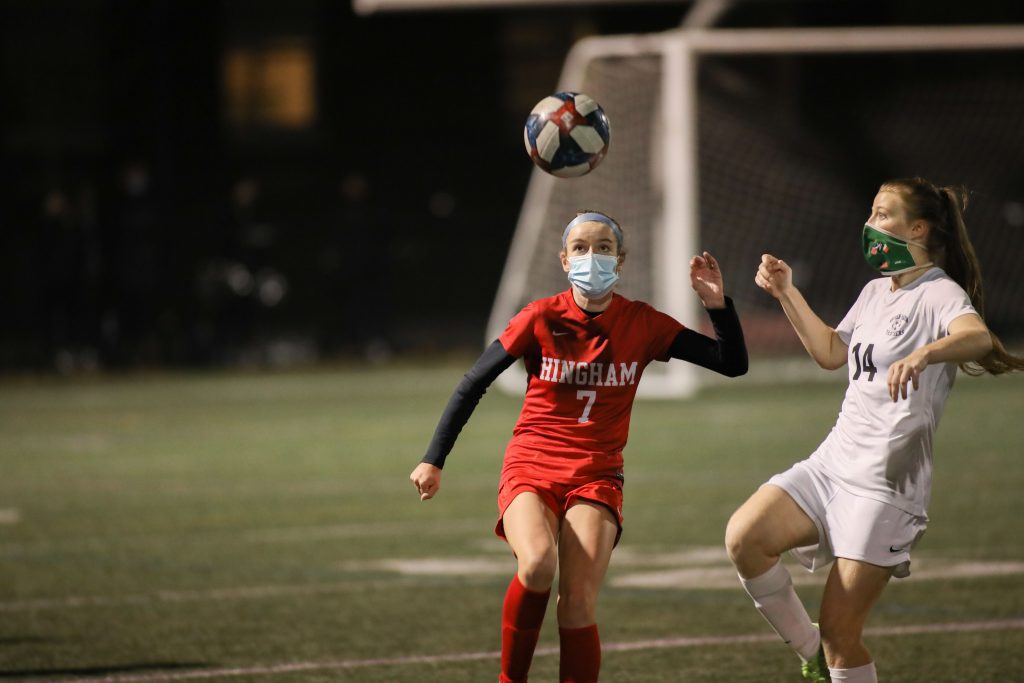 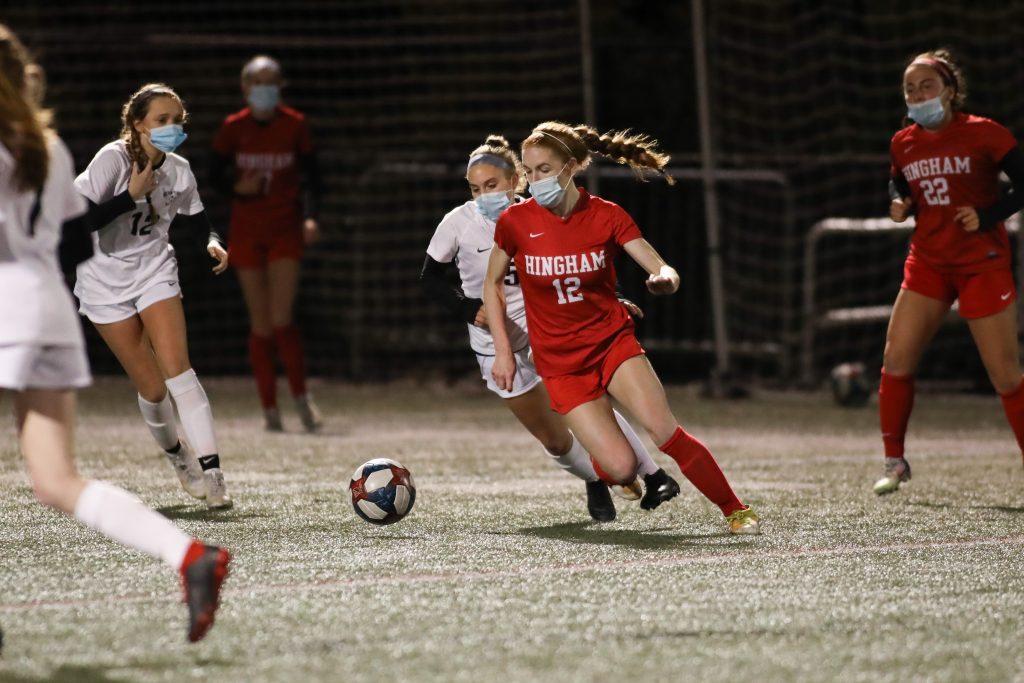